Hello again! In this classical guitar lesson we will be looking at the legendary acoustic guitar piece ‘Spanish Romance’, also known as Romanza or Forbidden Games, amongst many other names. I must confess this was one of the first solo guitar pieces I learnt and I vividly remember being so addicted to practising it and even though at that time I injured my hand while helping my neighbours chopping logs (as you do in Sardinia!) I couldn’t leave the guitar alone to play this tune! This piece is full of idiosyncratic melodic, rhythmic and harmonic colours, often associated with the Spanish fingerstyle guitar repertoire.

It is a simple but perfectly crafted composition and arguably one of the best-known guitar pieces. However, its author for some reason decided to remain anonymous, never taking credits for it, which makes this piece even more intriguing. This reveals how different the music world was at the beginning of the 20th century compared to today. Now, authors would give an arm and a leg to prove their authorship, going to court if needed and engaging themselves in endless legal disputes. Having said that, many guitarists have been attributed the authorship of this tune, amongst them the legendary guitarist Narciso Yepes, who is listed as the author of this tune in the movie Jeux Interdits (Forbidden Games). However, there in no real evince to support this claim. On the contrary, we know that this tune was firstly recorded in 1900, before Yepes was born, in 1927.

Moving on to the meat-and-potatoes of this piece, its structure is typical of Spanish and South American Parlor music of the late 1900, and it has two sections, organized in three parts. The first in E minor, the second in E major and the third is basically a repetition of the first minor part, to give this tune melancholic connotation.

In this lesson we will be looking at the first part in E minor, which is a very common tonality for the solo guitar repertoire, due to its high playability as we can often make the most of open strings.  The rhythmic content can be described and notated (as you can see in the download) in ¾, or in its relative compound time signature, 9/8.

As I recommended in my previous two columns, where we mainly focused on the picking hand, we ought to focus most of all on accuracy and consistency of tone. To achieve best results, we should use the planting technique as described in the previous two columns, resting our fingers onto the chosen strings, and executing each stroke with a controlled and even pressure and with tonal and dynamic awareness. Each note we play should sound as full-bodied and as good as the previous one.

Considering that the melody of this tune is mainly played on the 1st string with the annular finger, we should slowly practise arpeggiating the following open strings with the picking hand, trying to play the 1st string slightly louder than the other strings.

Here is a recommended hierarchy of dynamics and velocities:

Melody: Loud with the ‘a’ finger

Bass: Quietly with the thumb or ‘p’ finger

Accompaniment:  Moderately loud, with the ‘i’ and ‘m’ fingers

As you can see in the attached score, the ‘p’ finger will play the appropriate notes (mostly the root notes of each chord) every 3 beats or 9 subdivisions.

Plant, press and release the ‘p’ and ‘a’ fingers together respectively on the 6th and 1st string.

Finally, twice more a, m, i, to complete one bar.

Practice this pattern for a while with open strings, paying attention to accuracy, consistency of tone, dynamics and emphasizing the 1st string, where the melody will be played.

Bar 1: Place your little finger on the 7th fret of the 1st string and play 3 beats.

Bar 2: As above for the first beat. Next 2 beats middle finger on the 5th fret and for beat 3 on the 3rd fret.

Bar 7: Barre on the 5th fret, little finger on the 8th, middle finger on 7th and index (bar chord) on the 5th fret.  This is an Am chord. The ‘p’ finger plays an open A string. Please focus on minimum-movement approach, as this will help delivering the piece in a more accurate and consistent manner, while saving energy.

Bar 8:  Using the same Barre, play A on the 5th fret, B on the 7th and C on the 8th fret with index, ring and little finger.

This will complete the first section of Spanish Romance!

Whether you will play this composition on a steel strung or a nylon strung guitar, it will provide a great opportunity to improve coordination skills of the picking and fretting hand.

When executing the Barre remember to use the middle finger together with the index to strengthen the Barre as well as using the weight of the fretting hand and the arm to help pressing our index to the fretboard with a minimum effort.

In the next column we will be studying the second (Major) section of this composition. In the meantime, enjoy the practice and remember to say olé’ at the end of each performance!

Till the next time, Good-bye! 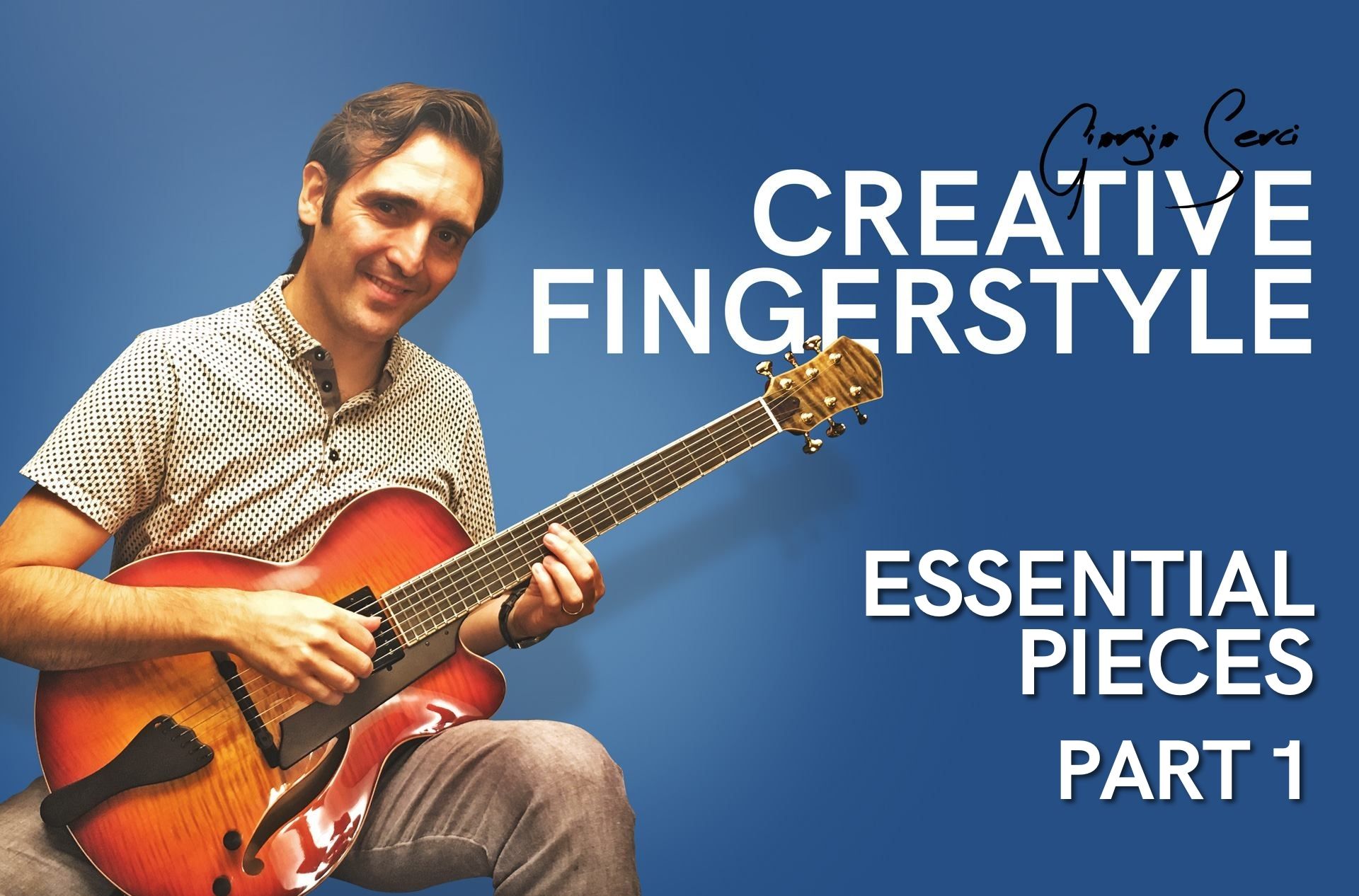 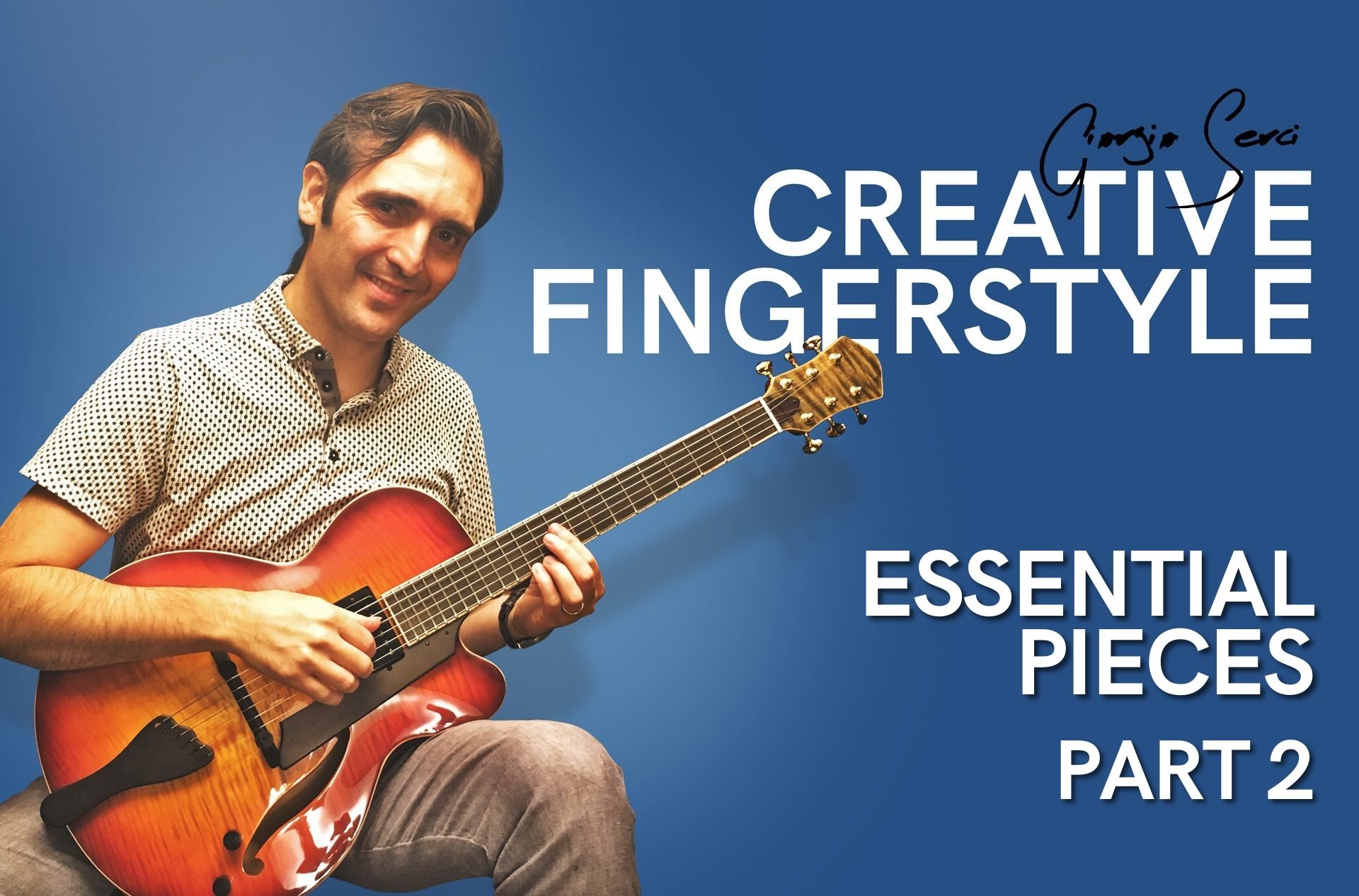 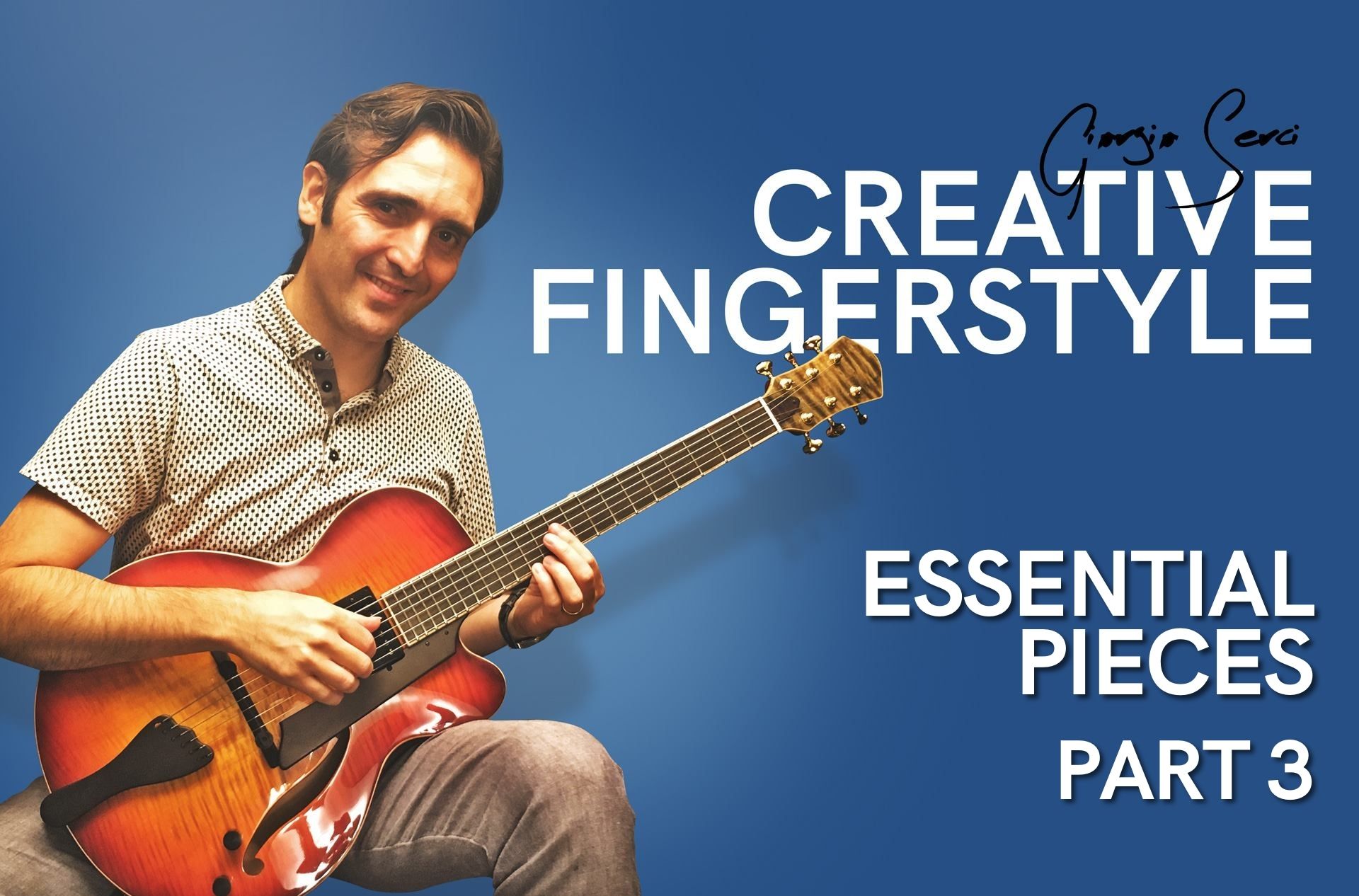 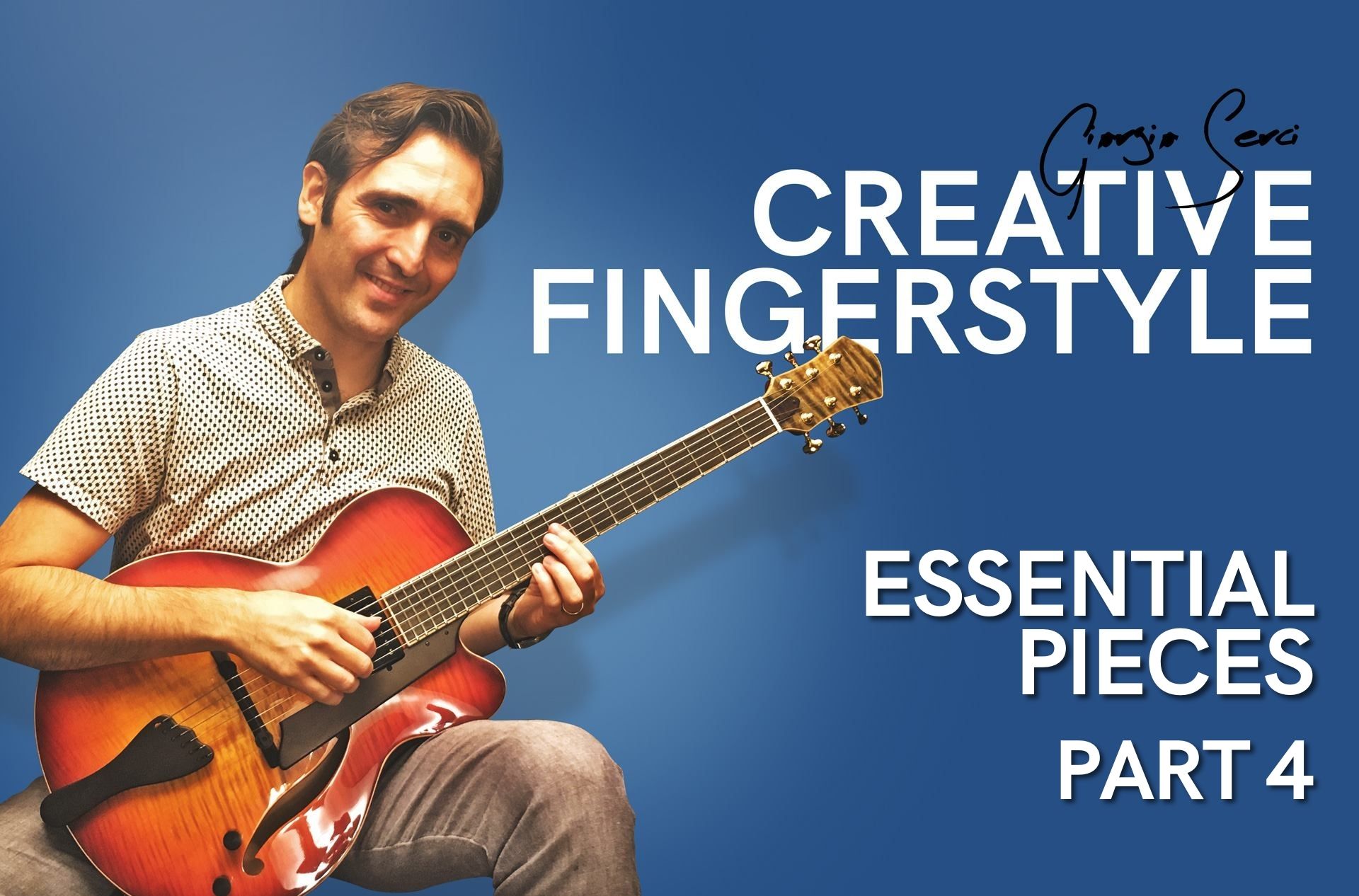 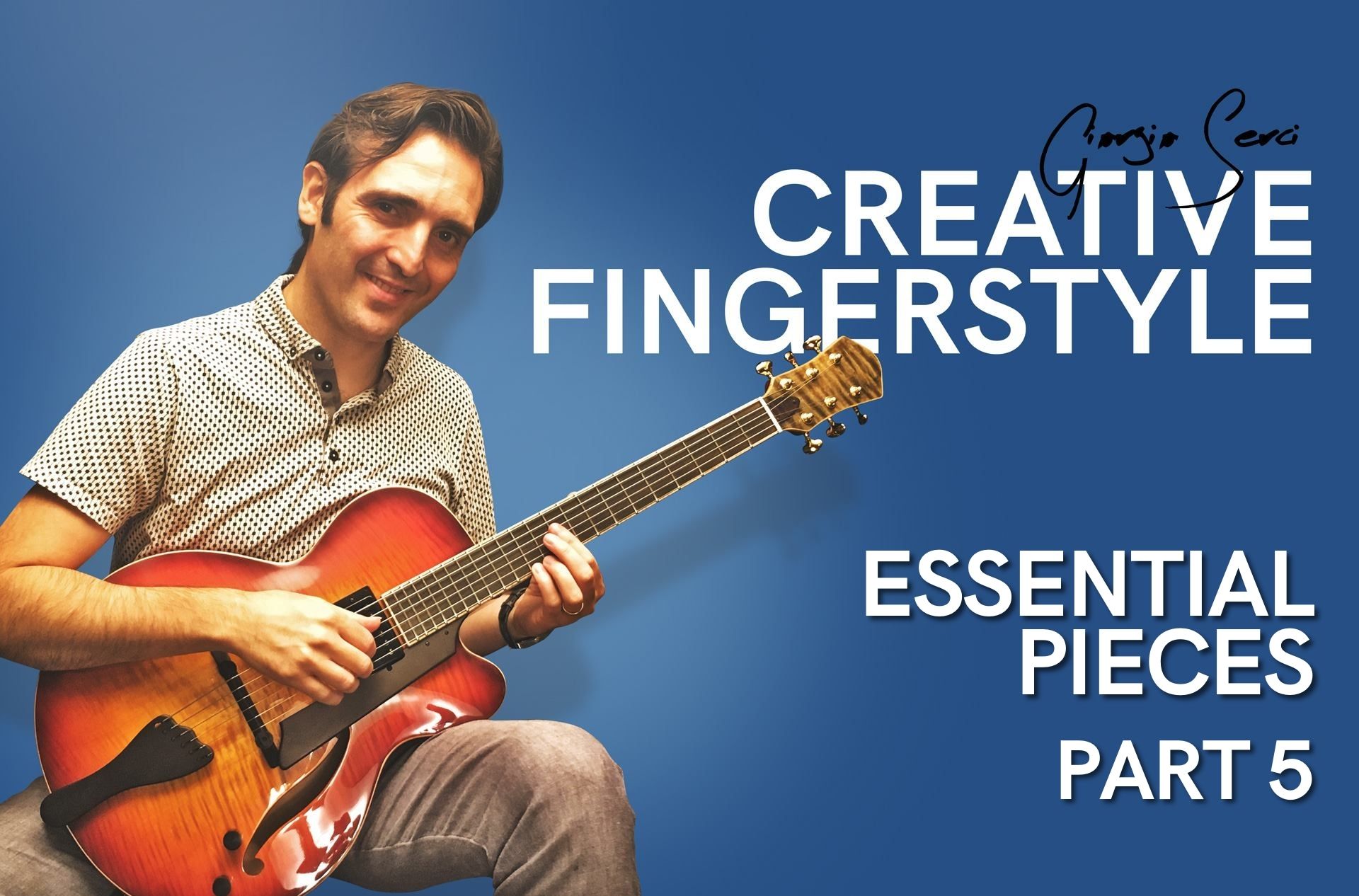 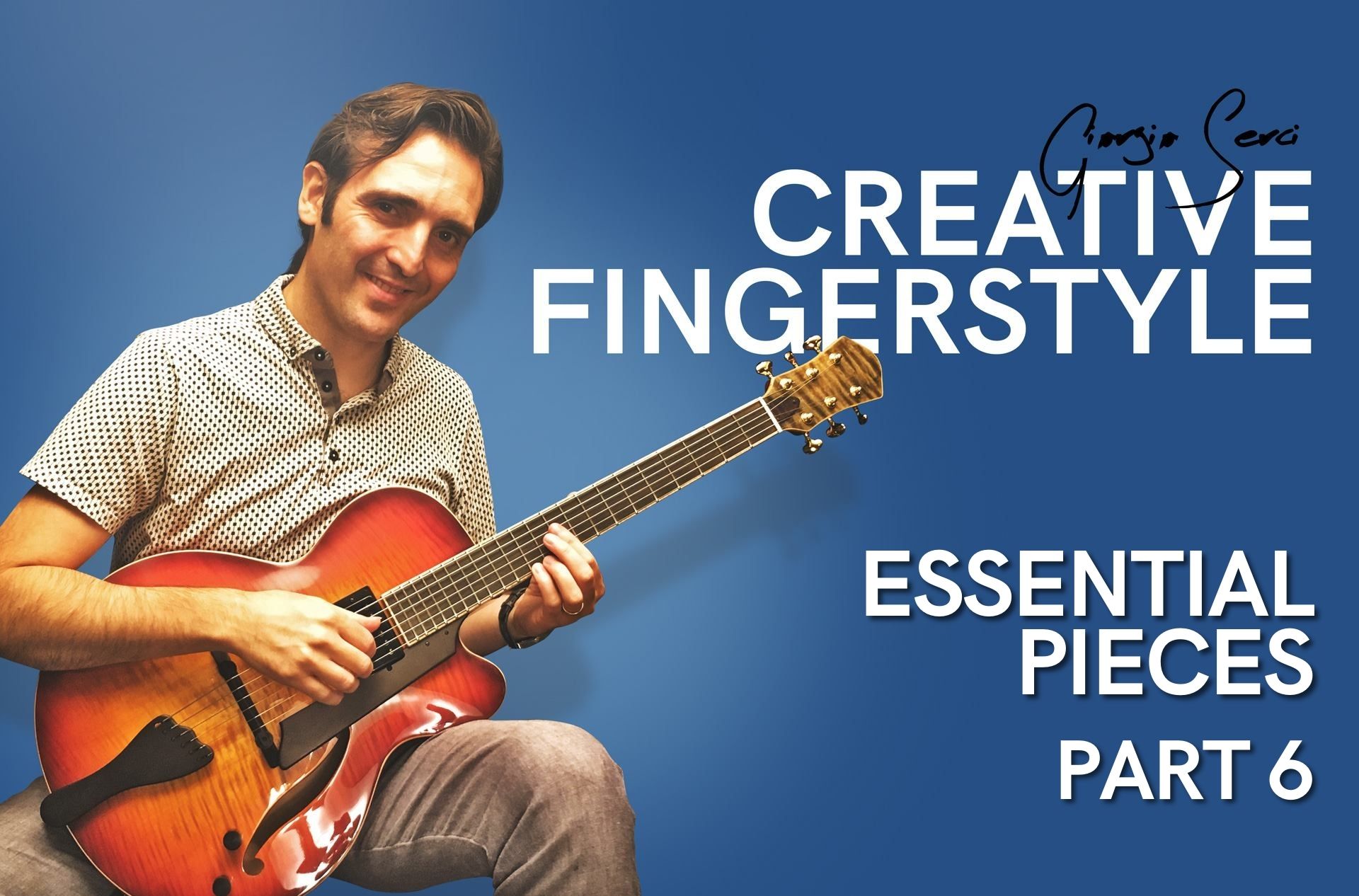