The Blues is one of the best stepping stones for getting one's feet wet into the world of Jazz guitar. In fact, many common Jazz standards are based on the 12-bar Blues form. There are, however, some key differences between an ordinary standard 12-bar Blues chord progression and a so-called "Jazz Blues". The basic Jazz Blues form (in the key of C) goes as follows:

As you may have noticed, the chord progression is identical to a standard Blues for the first 7 measures. In the eighth measure, things change when we find an A7 chord, which is functioning as a VI7 chord in the key of C. In the ninth and tenth bars, we have Dm7 and G7, which correspond to the ii chord and V7 chord, respectively. This VI7-ii-V7 motion is a very common method of getting back to the I chord in the Jazz idiom (in fact, the A section to "Rhythm Changes", another important part of the Jazz repertoire and the harmonic foundation for many standards, is based almost entirely on the I-VI7-ii-V7 progression). In the 11th bar, we are back to our I chord, C7, for 2 beats before coming back to another VI7-ii-V7 cadence, with each chord lasting 2 beats.

When it comes to soloing over the Jazz Blues, the addition of the VI-ii-V-I cadences calls for a different type of approach than one might normally take on a standard Blues. On a standard Blues, it's quite common to use a minor pentatonic and/or Blues scale over the entire form. This works fine with a standard Blues; none of the notes in the scale will clash with the chord tones, and this approach has the added benefit of allowing the player to focus on phrasing musically without worrying about changing scales. However, this will not work for a Jazz Blues. Rather than a blanket approach, whereby we use one or two scales over the entire thing, what we need here is a chord-by-chord approach (particularly from the 8th measure onward). This means that we will need to change the way we think with each passing chord.

A great way to start would be to target chord tones. This means that on an A7 chord, we will target the tones A, C#, E, and G, which make up the A7 chord. In the same way, on a Dm7 chord we will target the tones D, F, A, and C, which make up the Dm7 chord. And so on for all the rest of the chords. Arpeggios work wonderfully for this, as they are simply all the chord tones played individually. It is a good idea to pick a position and begin playing through the arpeggios for all the chords in the form. Make sure to stay in the same position and play the arpeggios up and down all six strings. Once you have done this in one position, shift on the low E string to the next note of your starting arpeggio and repeat. So if you began by playing C7 starting on G at the third fret on the low E string, then played all the other arpeggios in this same position, you would now play the C7 arpeggio starting on Bb at the 6th fret and play through all the other arpeggios in this position as well, and so on for each inversion. Once you have done this in every position, you will have played all the chord tones for all the chords in the entire form all over the fretboard.

Once you have practiced these arpeggios all over the fretboard, you may want to take it a step further by doing the following exercise: pick a position and play a constant stream of eighth notes through the form, changing arpeggios as the chords change. Be careful to stay in the same position when the chord changes, and play the nearest tone to the last note you played. For example, if you played an ascending C7 arpeggio starting on C for the first measure, you would have played: C-E-G-Bb-C-E-G-Bb. The second measure arrives, and you must now play an F7 arpeggio. The notes of the F7 arpeggio are: F, A, C, and Eb. The last note you played was Bb, so the question is: which note from the F7 arpeggio is nearest to Bb? As it turns out, both A and C are a whole step away from Bb, so we could choose either. But F and Eb would be wrong choices. As you go through the form, continue connecting the arpeggios with the nearest available notes in this same way. When you have done this in one position, repeat the exercise in the other positions as well, just as before.

On its own, the exercise sounds pedestrian and academic, but this type of exercise is great for visualising the chord tones all over the fretboard, which will ultimately form the foundation for creating more interesting lines over the changes. One way to make the exercise more interesting is to connect chord tones chromatically as the chords change. For example, if you're playing the C7 in the seventh bar starting from the root and aiming for the A7 in the eighth bar, you might play C-E-G-Bb-C-E-G-Ab (with the last note being Ab instead of Bb). You could then land on the A note for the A7 chord, creating an ascending chromatic line from G to A. I gave a few examples of this type of chromaticism in the video to illustrate the subtle yet powerful effect this can have.

The chord-by-chord approach entails a process that goes something like this: identify the chord over which you're playing at the moment, recognize the tones implied by that chord (for our present purpose, chord tones alone will suffice, although eventually you will think of entire scales), create your line while anticipating the upcoming chord, connect to one of the tones implied by the new chord once the chord has changed, repeat. This is an involved process that takes lots of practice, but it is a very rewarding one. The exercises I've described are excellent for training your mind to think of playing changes in this way, and they're great for fretboard visualisation, too. Keep in mind that your ultimate goal should be to internalise the changes and to achieve a mastery of the fretboard to the point where you can express yourself freely on the instrument.

These types of exercises will certainly help you along toward this goal. They're great for getting your ear used to the changes as well. Remember to have fun with it, and don't worry if it doesn't come easily right away. Awareness is the name of the game here, and the payoff for achieving it is immense. Best of luck, and join me next time when we look at some advanced soloing concepts! 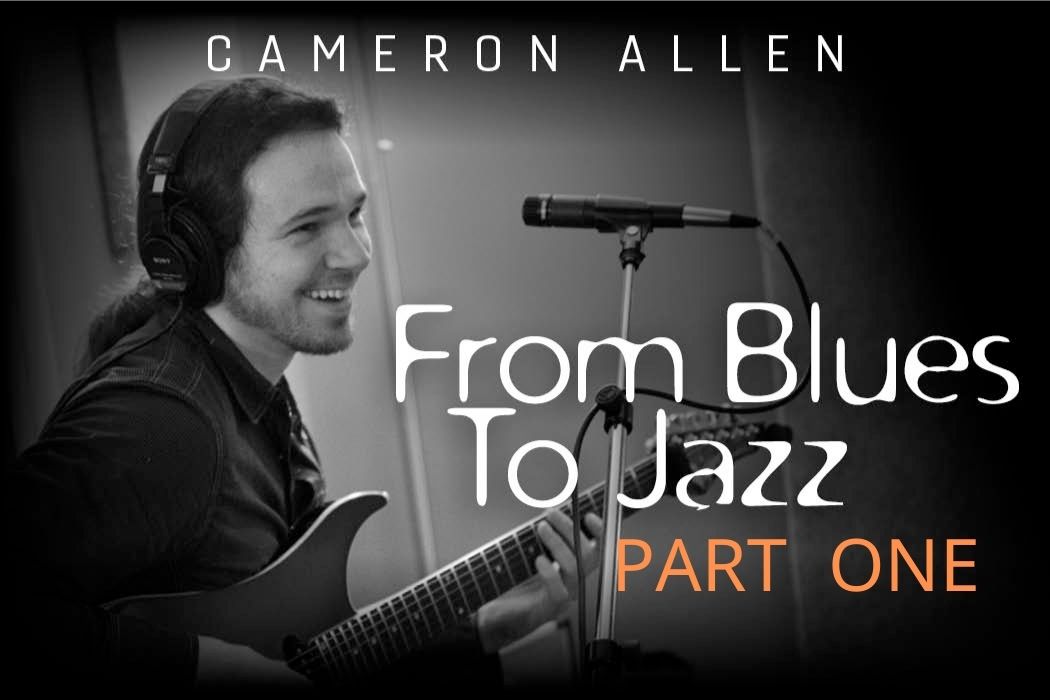 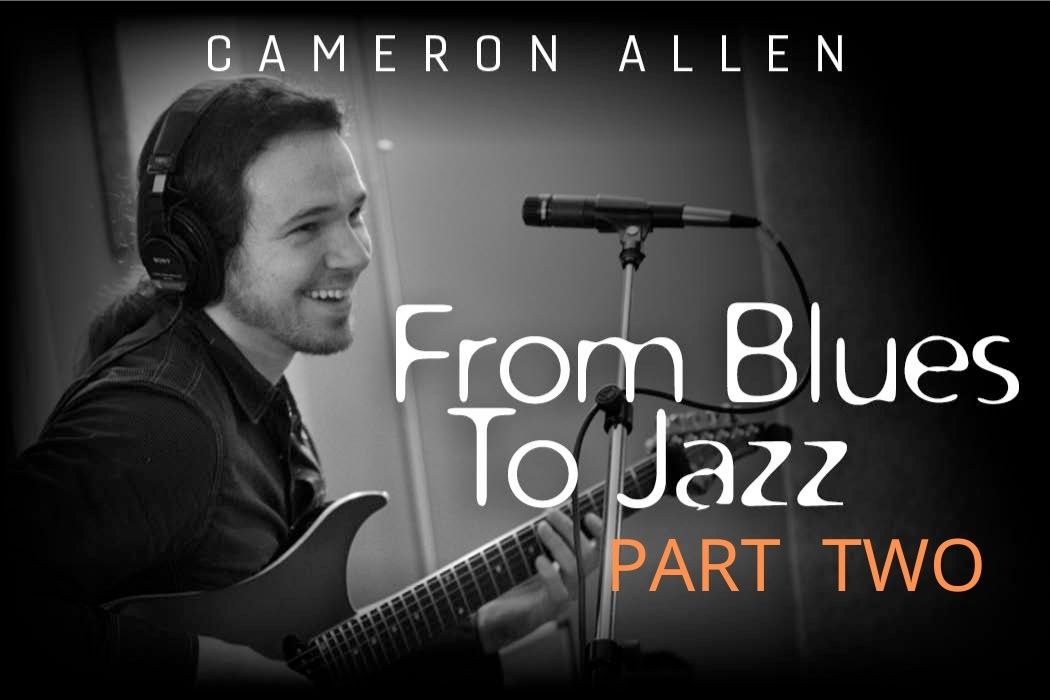 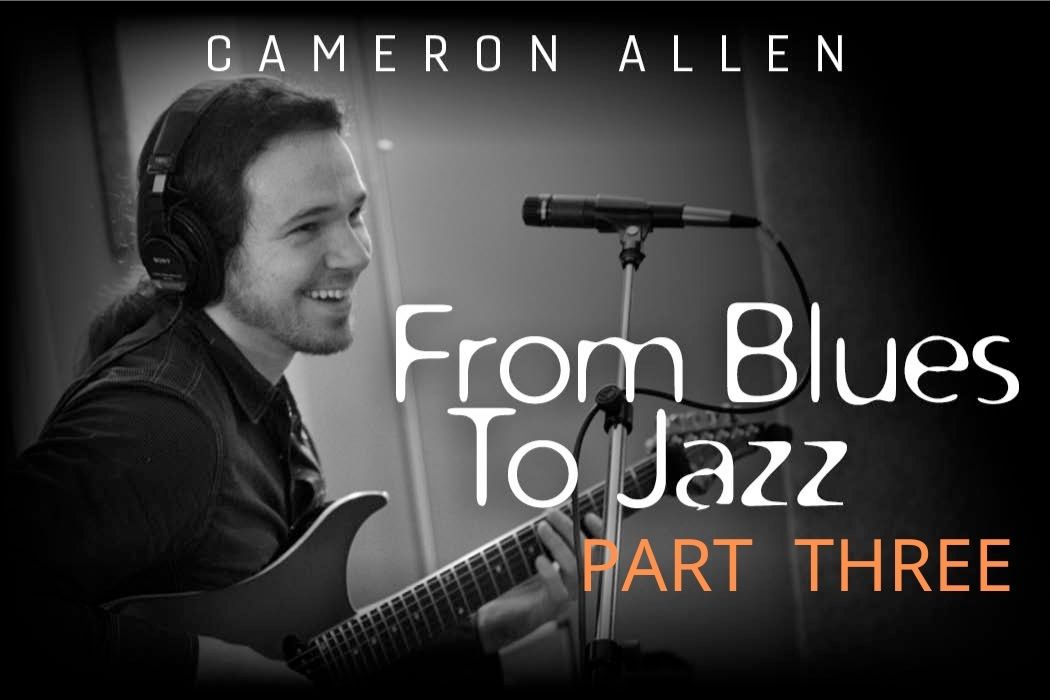