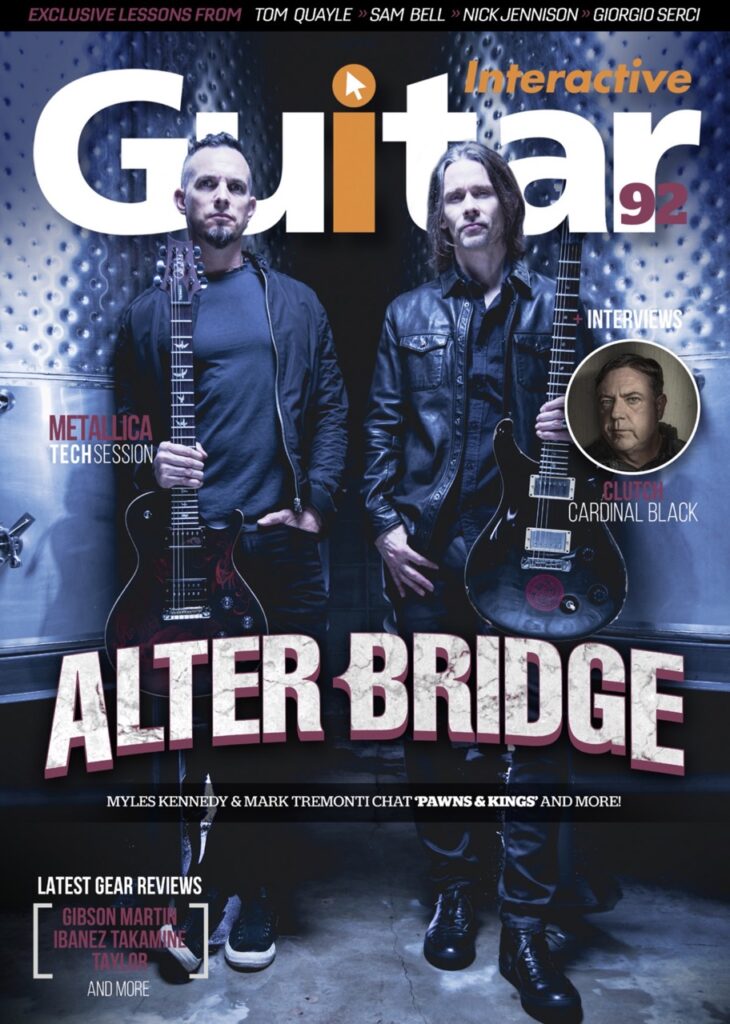 As a band known for blurring the lines between contemporary hard rock and heavy metal for almost decades—Alter Bridge builds upon the sound that has won them worldwide critical acclaim and a devoted global fan base, with their latest studio album 'Pawns & Kings,' which is out now worldwide in all formats. Gi editor Jonathan Graham catches up with Myles Kennedy and Mark Tremonti for an exclusive interview to discuss the new album's creation, upcoming tour and much more in this edition's cover feature.

Also in this edition, Gi caught up with Clutch’s Tim Sult as the band once again add to their legacy with their latest release, 'Sunrise On Slaughter Beach.’As well as, a feature on Welsh foursome Cardinal Black.

If that's not enough, Jamie Humphries breaks down the driving rhythms and soaring leads of of metal icons Metallica in this issue's Tech Session.

As usual, with every issue, we have a whole host of the latest and best gear reviews from around the world of guitar, with our team of world-class gear reviewers offering their unique insight, expertise, and personality, which as always, I hope you will enjoy. However, if that's still not enough, don't forget all of our exclusive lessons from, Troy Redfern, Tom Quayle, Sam Bell, Nick Jennison & Giorgio Serci.