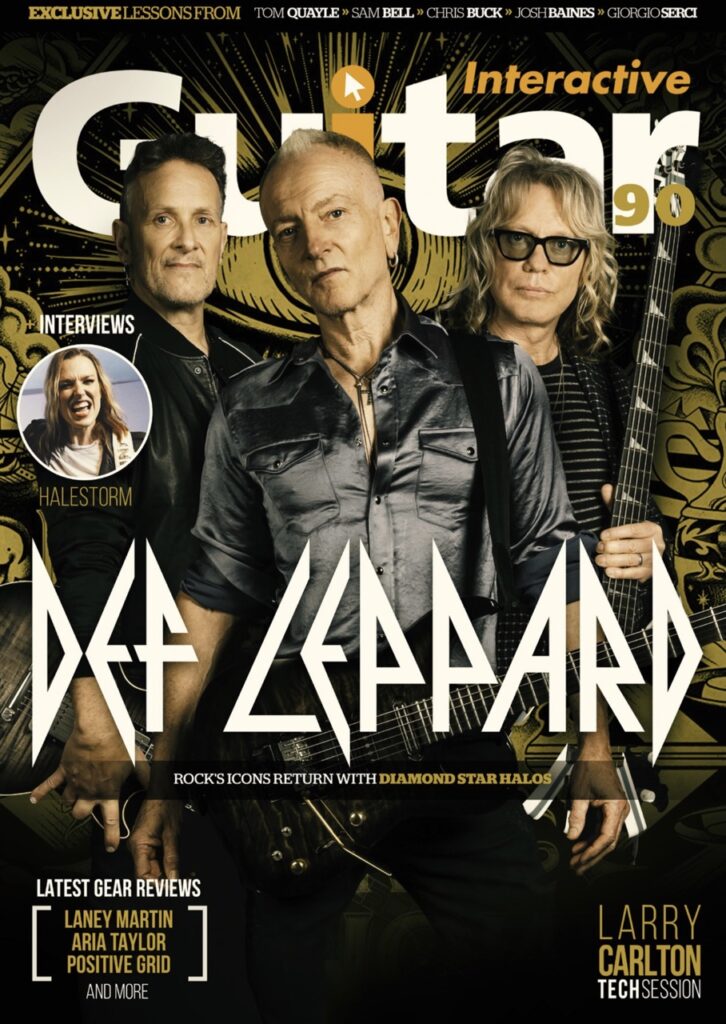 WELCOME TO ISSUE 90 OF Gi MAGAZINE…

With a career that's produced a series of classic groundbreaking albums—selling over 100 million copies worldwide—truly spectacular live shows and an induction into the Rock and Roll Hall of Fame, Def Leppard has and continues to be one of the most important forces in rock music. During the band's London date of the 'Hysteria' anniversary tour, Guitar Interactive Magazine editor Jonathan Graham sat down with band's guitar legends Phil Collen, Vivian Campbell & Rick Savage to talk about the new record, and their individual approaches to guitar playing that has helped craft the powerful melodic rock anthems synonymous with their name.

Also in this edition, we talk with Halestorm; a band that has become one of the heaviest-hitting acts in the American modern hard rock scene. Releasing their fifth studio album, 'Back From The Dead' last month and Gi caught up with Lzzy and the Halestorm's lead guitarist, Joe Hottinger a for an exclusive in-depth interview on the creation of the new release.

If that's not enough, Tom Quayle breaks down the legendary technique and soulful phrasing of Larry Carlton in this issue's Tech Session.

As usual, with every issue, we have a whole host of the latest and best gear reviews from around the world of guitar, with our team of world-class gear reviewers offering their unique insight, expertise, and personality, which as always, I hope you will enjoy. However, if that's still not enough, don't forget all of our exclusive lessons from, Josh Baines, Tom Quayle, Sam Bell, Chris Buck & Giorgio Serci.