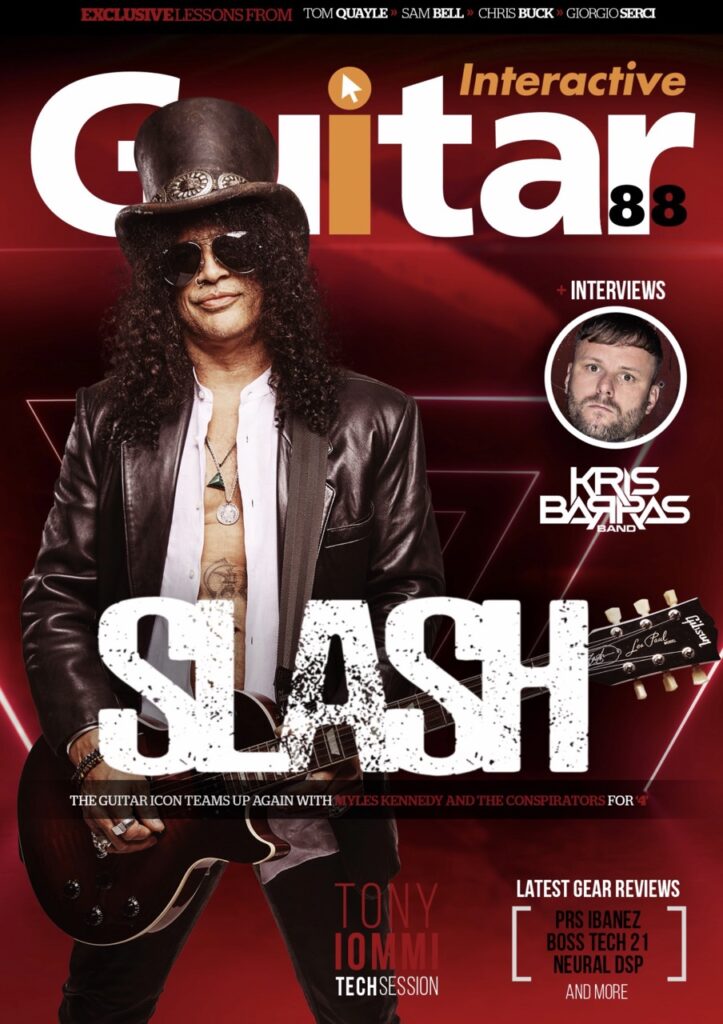 Incredibly, it's already been a decade since Slash, Featuring Myles Kennedy, and Conspirators released their debut album—the landmark Apocalyptic Love.' Ever since, the band—which, in addition to Slash and singer Myles Kennedy also includes bassist Todd Kerns, drummer Brent Fitz and rhythm guitarist Frank Sidoris—has been on one of the more impressive and unrelenting tears in rock 'n' roll of recent times. Back with the equally impressive '4,' we catch up with one of the most iconic and recognisable guitar players of all time, as Gi talks to Slash.

Steamrolling through 2022, the Kris Barras Band has returned with a brand-new album, 'Death Valley Paradise.'  Produced by Dan Weller (Enter Shikari, Bury Tomorrow, SiKth) and recorded at VADA Studios in Alcester, they return heavier, darker, more introspective but enormous at the same time. We catch up with Kris in this exclusive interview.

If that's not enough, Nick Jennison breaks down the powerful phrasing and killer technique of metal icon Tony Iommi, in this issue's Tech Session.

As usual, with every issue, we have a whole host of the latest and best gear reviews from around the world of guitar, with our team of world-class gear reviewers offering their unique insight, expertise, and personality, which as always, I hope you will enjoy. However, if that's still not enough, don't forget all of our exclusive lessons from Tom Quayle, Sam Bell, Chris Buck & Giorgio Serci.