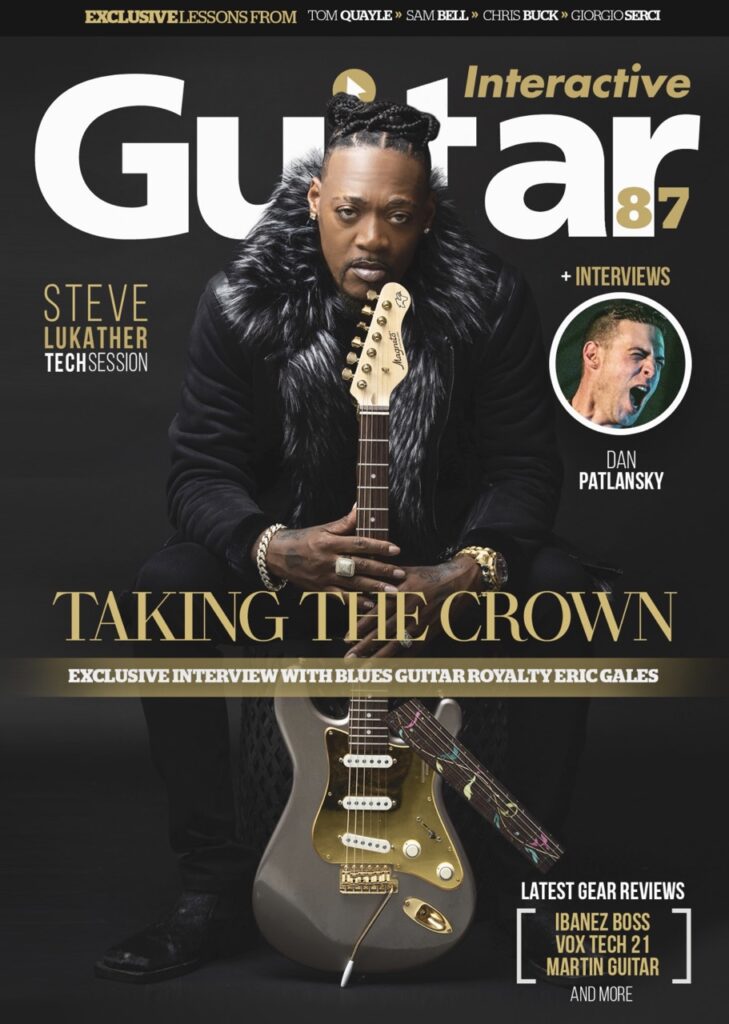 Eric Gales is a blues firebrand. Over 30 years and 18 albums, his passion for the music and his boundless desire to keep it vital has never waned, even when his own light dimmed due to his substance struggles. Throughout it all, he continued to reinvigorate the art form with personal revelation in his lyrics and bold stylistic twists in his guitar playing and songwriting. With his latest album 'Crown' out now worldwide, Sam Bell speaks with the blues-guitar icon in this exclusive Guitar Interactive Magazine cover feature.
Guitarist, singer-songwriter, and globally respected purveyor of the blues—Dan Patlansky sidles into his second successive decade as one of the world's finest blues-based storytellers of his generation. With the release of his new studio album 'Shelter of Bones,' Dan chats exclusively with Gi.
If that's not enough, Sam Bell breaks down the powerful phrasing and killer technique of Steve Lukather, in this issue's Tech Session.
As usual, with every issue, we have a whole host of the latest and best gear reviews from around the world of guitar, with our team of world-class gear reviewers offering their unique insight, expertise, and personality, which as always, I hope you will enjoy. However, if that's still not enough, don't forget all of our exclusive lessons from Tom Quayle, Sam Bell, Chris Buck & Giorgio Serci.