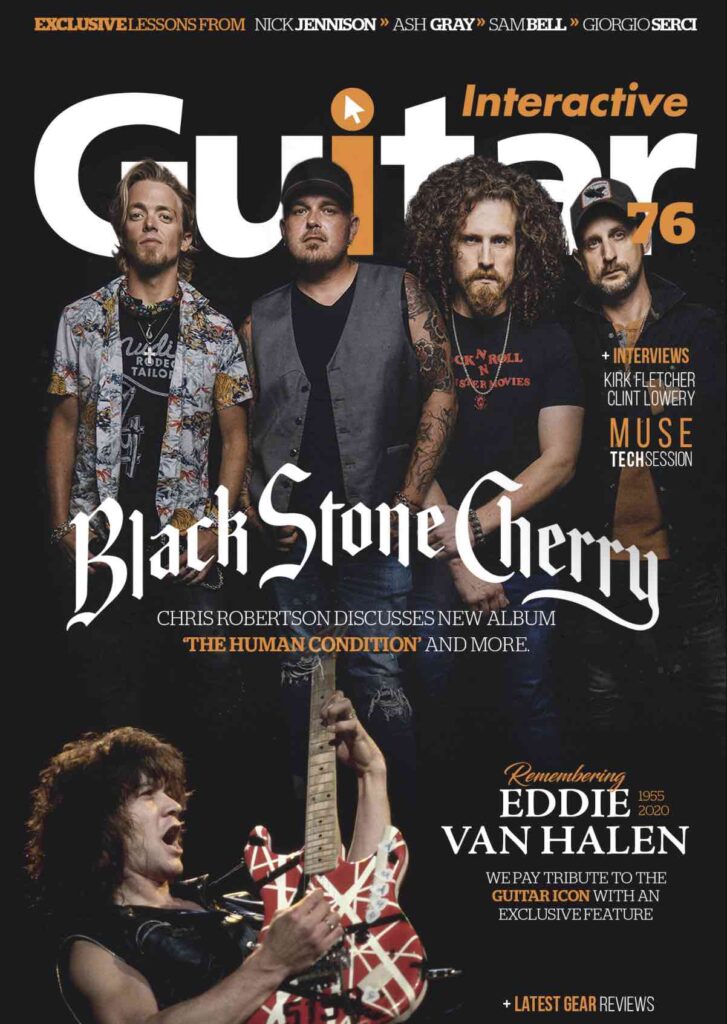 In the entire history of rock guitar, there have only been two players to revolutionise the way we play the guitar overnight. The first was Hendrix. The other was the now sadly departed Edward Van Halen. Ed was a one of a kind, a master of his art, but more than that he was an innovator. In this Guitar interactive special feature on the history and legacy of EVH, Jonathan Graham talks with the man, who over the course of three decades spent dozens of hours interviewing Eddie Van Halen; former editor-in-chief of Guitar World Magazine, Brad Tolinski. Meanwhile, Nick Jennison explores the incredible intricacies of Van Halen's elusive and in many ways incomparable guitar style.

Black Stone Cherry returns with their unique blend of southern rock and blues in the form of an incredible new album, 'The Human Condition' — out now via Mascot Label Group. Guitar Interactive Magazine editor Jonathan Graham chats with BSC's lead vocalist and guitarist Chris Robertson about the band's latest release and much more in this exclusive interview.

As usual, with every issue, we have a whole host of the latest and best gear reviews from around the world of guitar, with our team of world-class gear reviewers offering their unique insight, expertise, and personality which as always, I hope you will enjoy. However, if that's not enough, don't forget all of our exclusive lessons from Sam Bell, Nick Jennison, Giorgio Serci and Venom Prison's Ash Gray.