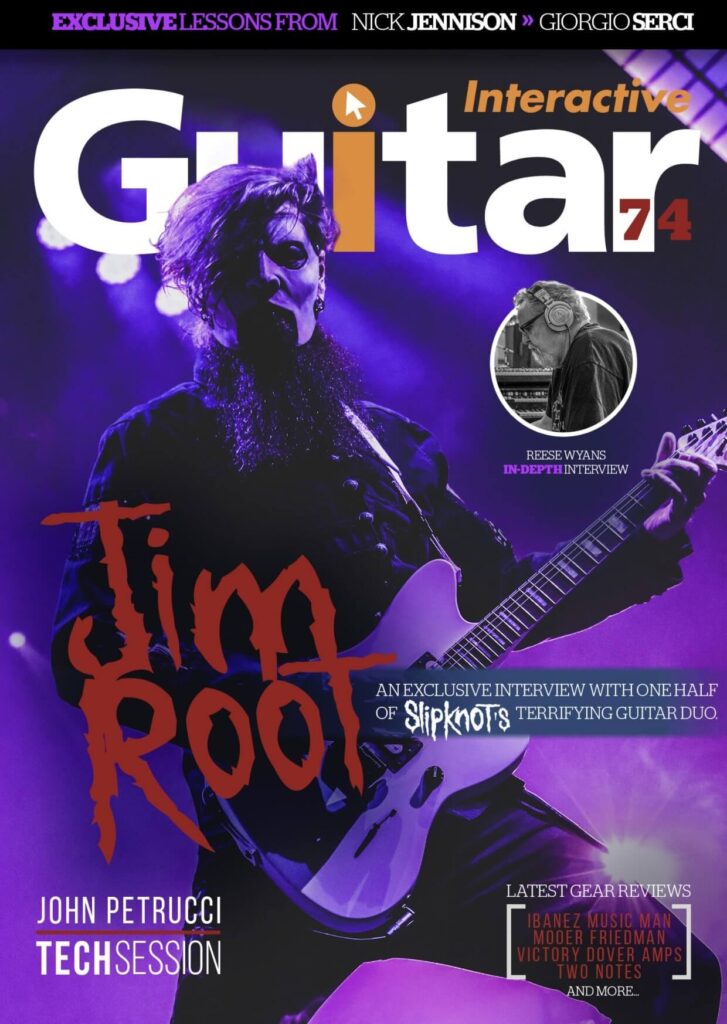 Hello and welcome to issue 74 of Guitar Interactive Magazine!

When Slipknot's self-titled debut was released to the masses during the dying days of the 20th century, it gave a shot in the arm to heavy metal music the likes of which only a handful of the greatest bands can equal. Twenty-one years, six albums and countless sold-out world tours later, and the group have evolved into chart-toppers, debuting at number one on both the US Billboard 200 and the UK Albums Chart with their latest release 'We Are Not Your Kind.' Guitar Interactive sits down for an exclusive interview with one half of the Slipknot's guitar double team, Jim Root.

Also in this issue, we talk with the man who's played with just about everyone who's anyone; including Stevie Ray Vaughan, Joe Bonamassa and Larry Carlton: Reese Wynans.

If that’s not enough, as with every issue, we have a fantastic Tech Session from Nick Jennison as he looks at the immense guitar stylings of one of the most incredible guitar players to ever pick up the instrument: Dream Theater's John Petrucci.

As usual, with every issue, we have a whole host of the latest and best gear reviews from around the world of guitar, with our team of world-class gear reviewers offering their unique insight, expertise, and personality which as always, I hope you will enjoy. However, if that’s not enough, don’t forget all of our exclusive lessons from Nick Jennison and Giorgio Serci.

Until next time, stay home when you can, and stay safe.