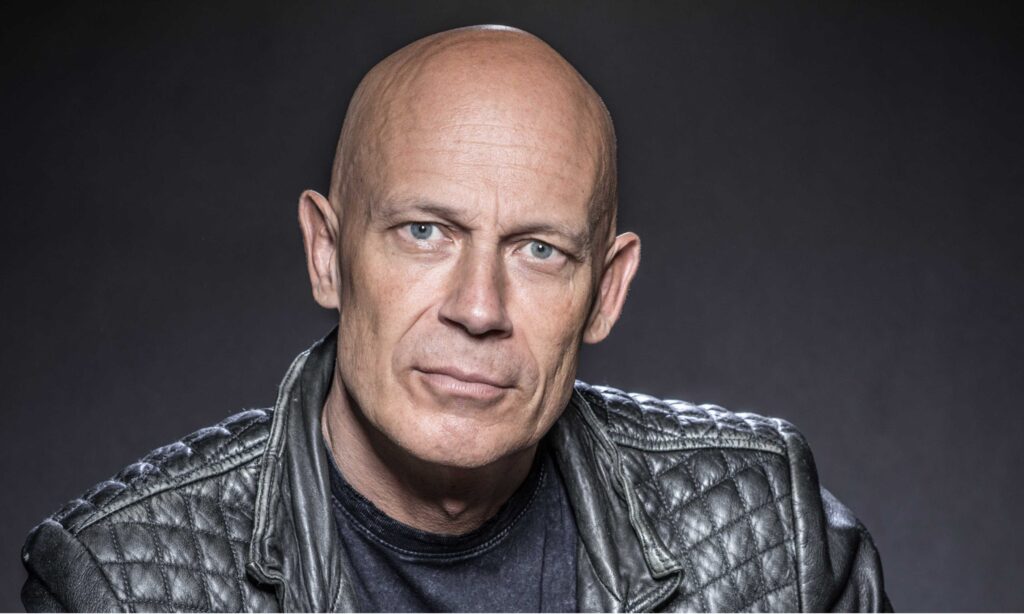 Wolf Hoffmann, renowned metal musician and guitarist for German classic metal band Accept is an indisputable driving force in metal. A multi-talented songwriter, instrumentalist, and photographer, Hoffmann has been in the game since 1976—and shows no signs of stopping. From releasing album after album with Accept, to solo albums to working with Skid Row vocalist Sebastian Bach, German hard rock band Skew Siskin, and American musician Joe Lynn Turner, Hoffmann's creative energy and relentless drive have made him a legend in metal. With Accept's latest studio album 'Too Mean To Die' dropping last month, Gi's Jonathan Graham chats with Wolf Hoffmann about the new record in this exclusive feature.

Accept has long since cemented themselves as one of Germany's best and most illustrious speed metal bands; however, truth be told, when the band launched at the end of the 70s, the metal genre didn't even exist—at first the band could only be labelled with the (quality) seal "crazy loud and crazy wild". Today we know that this was (and is) metal par excellence. And we also know that Accept opened the door to thrash metal, inspiring so many of the most renowned metal acts such as Slayer, Megadeath, Metallica, Guns N' Roses, Alice in Chains, Soundgarden, and many, many more.

Following their strong debut in the early 80s, the band went on to become one of the decade's most intense live acts. Their fifth album, 'Balls to the Wall' (1983) brought them commercial success and was their only album to be certified gold in Canada and the U.S.—significant, as the band was typically viewed as too heavy and extreme for American listeners. Regardless, 'Balls to the Wall' and 'Restless & Wild' (1982) are cited as two of the best heavy metal albums of the 80s. 'Restless & Wild' in particular would go on to define the sound of speed metal. 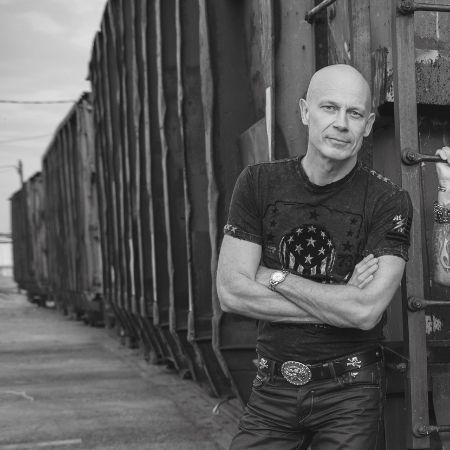 In late 1989, after the dismissal of vocalist Udo Dirkschneider and the severe back injury of drummer Stefan Kaufmann, the band decided to go on hiatus. Four years later, the core members of the band (Hoffmann, Baltes, and Dirkschneider) and drummer Stefan Kaufmann released a comeback album entitled Objection Overruled. The album was a success, and was followed by another two albums, another two tours, and...another hiatus that lasted for years.

Finally, in 2010, the first original Accept album in fourteen years was released. 'Blood of the Nations' debuted at number four on the German albums chart, and was Accept's highest chart position—until, that is, five years later when they released their fourteenth studio album Blind Rage, which debuted at number one in Germany.

But Accept did not plan on stopping there. This was not just a suspension of a hiatus—this was the return of one of Germany's most creative, groundbreaking, and prolific metal bands. Band members came and went, their producer (Andy Sneap) stayed the same, and Accept prepared to release 'The Rise of Chaos' (2017). By this time, Wolf Hoffmann was the only remaining member of the original lineup of the band.

Before Accept's welcomed return from hiatus, Hoffmann was convinced he would never play in the band again. In his time away from the band, Wolf took up photography, another passion of his. However, after hearing Mark Tornillo's voice in the early 2000s, he jumped right back into the metal world that he had always considered "the good old days." For Accept, the good old days weren't just back; they were better than ever. Hoffmann left everything behind to jump right back into making the music that he loved so dearly.

Last month, Accept released their latest (and sixteenth) studio album, 'Too Mean to Die.' The album comprises eleven powerful cuts of quality we've come to expect from the heavy metal icons, all with screaming vocals and shredding guitars that Hoffmann describes as "Brand new songs in a familiar sound."

Hoffmann stated: "From the very beginning, it was clear to us that we would start working with Andy again. "No sooner said than done, the band and Sneap met in March of this year for their first studio recordings in Nashville. What they couldn't guess at the time was that a certain virus would suddenly turn the world upside down. After only two weeks in the studio—and facing the threat of a lockdown—the band and Sneap decided to interrupt the recording session abruptly.

"The risk that none of us would be able to return home at that time was simply too great," Hoffmann explained. "Andy couldn't come from England, so we had to find an alternative way, which went like this: "Andy was sitting at his PC in England, and we recorded the songs and communicated with him online. He produced from a distance, so to speak. Amazingly, it worked better than we thought it would... Fortunately, we had already recorded a large part of the songs before the break, so the experiment with Andy Sneap working as remote producer worked well." 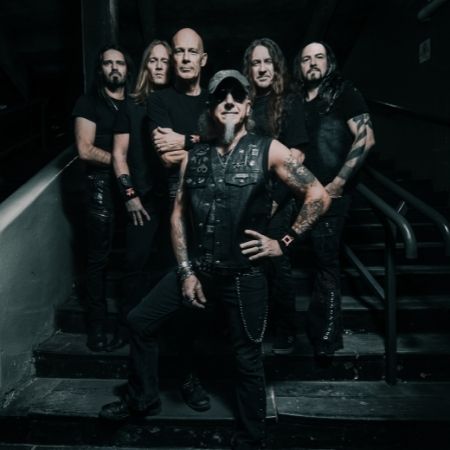 Special circumstances often lead to extraordinary albums. This is certainly true for 'Too Mean To Die,' which of course, alludes to the Corona period, although in a different way than one might assume. Hoffmann says, "It's to be expected that many musicians will address the Corona situation in their songs. There will certainly be slogans for cohesion, through which positive vibes should be spread, which is also good. But we have decided to not let ourselves be influenced by it. The fans will get a hard, direct and uncompromising metal album, but of course, accompanied with a wink: We are too mean to die! Weeds do not go away! Accept do not let themselves get down!"

Even though Hoffmann was all that was left of the original Accept, 'Too Mean to Die' is as Accept as they come. Throughout the album, the tempo stays high, the rocking never stops, and Hoffmann's relentless riffs give each song layers and layers of depth. "One thing that has always been important to me is that you should never settle for mediocrity," Hoffmann explains. And in this case, he is practising exactly what he preaches.

The proof that this band continues to evolve with the new album comes in the form of one of 'Too Mean to Die's' particular highlights: "The Best Is Yet To Come"—a beguiling ballad in which Mark Tornillo is at his best. The metal world knows that Mark can scream like no other, but here it shows once again that the frontman can also sing magnificently. "Mark sang this, for us rather unusual song stunningly well. The fantastic thing about Mark is that he not only masters the typical metal screams, but can also sing melodically and beautifully. He proves this impressively in this song," chief guitarist Hoffmann raves.

A singer with whom the characteristic string virtuoso imposed another "seal of approval" right at the beginning of their 2010 collaboration with the milestone 'Blood Of The Nations,' a seal of quality that is still going strong today. On 'Too Mean To Die,' the congenial duo Hoffmann and Tornillo deliver the highlight of their work so far.

In addition, Accept has strengthened their team even further with newcomers Martin Motnik (bass) and Philip Shouse (guitar), thus forming an unbeatable team together with "Drum God" Christopher Williams and "Rhythm Master" Uwe Lulis. There's no doubt that with "Too Mean To Die" Accept are once again playing at the top of the Champions League of the genre.

ACCEPT ARE BACK! The German kingpins of heavy metal release their new, eagerly-awaited studio album via Nuclear Blast: 'Too Mean To Die.' 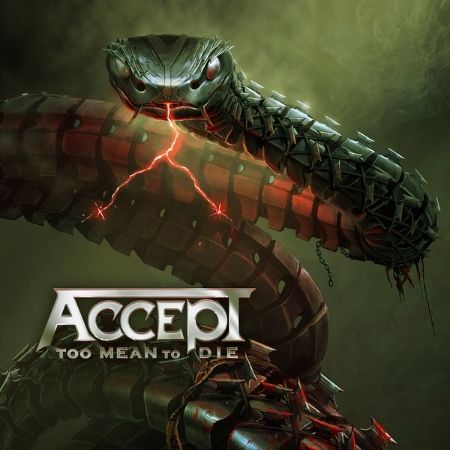 Accept – 'Too Mean To Die' Tracklist:

For more information on Wolf Hoffmann and ACCEPT, please visit: