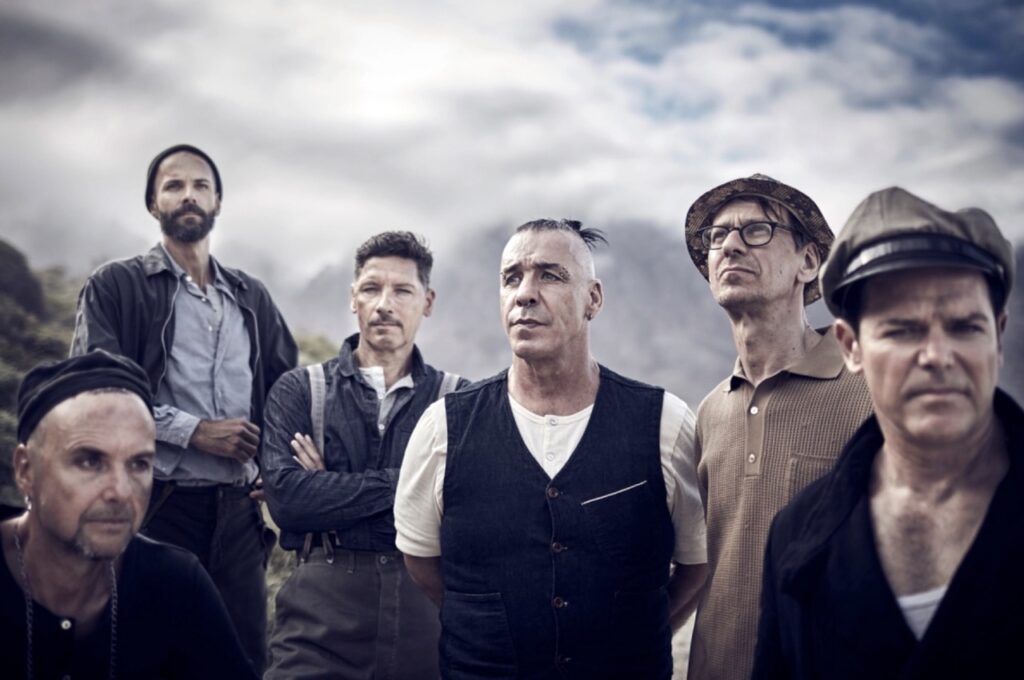 Ok, so on the surface, this seems like a bit of a reach vaguely tied to a choice of an album title. However, hear me out. Will 'Zeit' be Rammstein's final album? There are some indications.

A few years ago, band members were already thinking aloud about the end. Both frontman Till Lindemann and guitarist Richard Z. Kruspe have long been involved in solo projects. Motifs of transience, the loss of youth, decline and grief run through the new album—and as individuals, the musicians (now approaching 60) are potentially wondering how much longer they can credibly pull off a stage show as dominating as theirs.  At the end of 'Zeit', there is a farewell song, after which only the following interpretation remains: either Rammstein is having fun with us – or that's actually it. The orientation of the album and the rather sombre mood fits the latter. It's teeming with references to the past; the Berliners gather together (almost) everything they stand for, while at the same time trying to prove that they can still take steps forward. 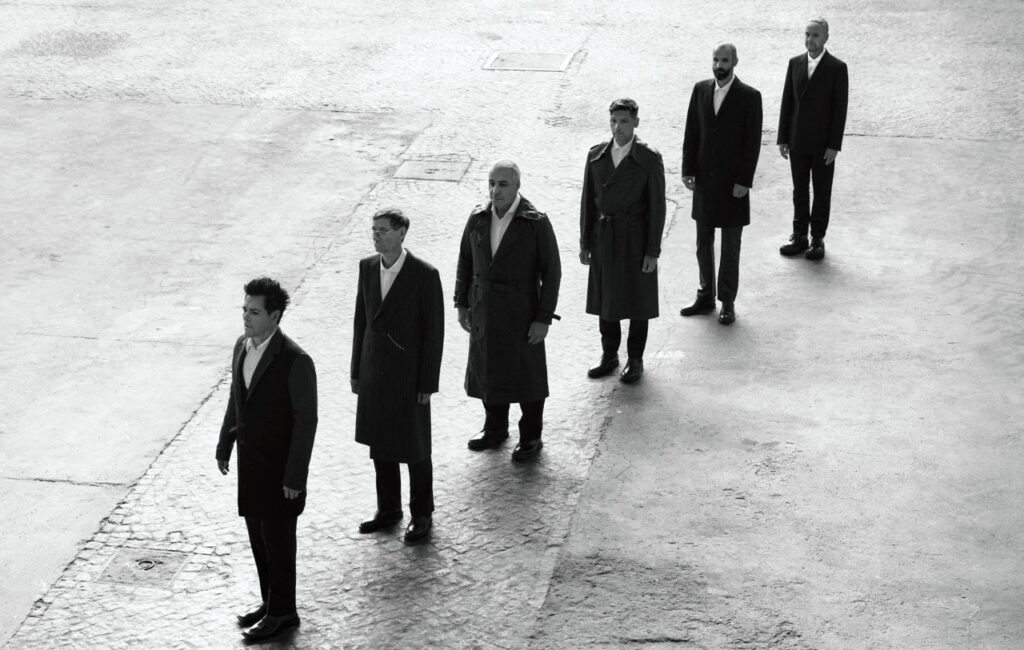 With "Armee Der Tristen," the sextet starts the album quite typically. In front of a heavy, pulsating synthesizer backdrop, Rammstein march in an accurate military rhythm, stoically driven by drummer Christoph Schneider. Lindemann shares the demanding chorus with a male choir this time around: "Come with me / line up / come with me / in step." The allusions remain open to interpretation so that the song goes through as a funeral procession for the fan base. At the same time, the band places enough clues to guess who this song might be dedicated to if you want to open up a second level of interpretation.

In nuances, however, Rammstein already indicates here what innovations 'Zeit' means for the band cosmos. The guitars occasionally undertake melodic legato swerves that stand out in the usual staccato dance. More on that later. Keyboarder Flake Lorenz surprises with a dominant "dance-hit" sound that provides a common thread for the whole album: "Zeit" is the most digitally influenced Rammstein record to date. More than ever, Rammstein relies on enigmatic sound design, Flake's sounds almost all seem to be software-generated, as well as some instruments (e.g. the piano in "Adieu" and the harp in "Lügen") - in any case, a lot of work goes into it in post-production and effects application. 'Zeit' wants to be a blockbuster and sounds accordingly. So it makes sense not only to mix the thing in conventional formats but also in Dolby Atmos.

Producer Olsen Involtini when to town in "Lügen," including trap hi-hat flairs and even autotune. The latter becomes the most important stylistic element of the song, as it underlines Lindemann's lines about cheating: "I even lie to myself / nobody believes me / nobody trusts me / not even I." The way Involtini applies the tone correction to Lindemann's booming voice has something almost virtuoso about it. Some will still find it terrifying. That was probably priced in.

Luckily, Lindemann doesn't actually need Autotune yet. On the contrary: he acts more variably than last, seems more relaxed, more dynamic. His pathos-soaked melody arcs ("My Tears", "Zeit") unfold enormous radiance, and he pointedly descends into the dirt. In "Angst" there is a genuine growl. The instrumental colleagues follow him to the death with brutal doom riffing.

"Angst" is also remarkable because of its lyrics. The topic of xenophobia was already mentioned in the untitled predecessor, and now Rammstein are addressing it for the first time in a separate track, unequivocally and accusingly: "If we children are uneducated / the father has already threatened / the black man, he will get you / if you don't follow mine Commandment / And we believe that to this day / The country and its people are so afraid / Something bad is about to happen / Evil is coming, it will no longer go [...] Everyone is afraid of the black man." Bold references here are in many ways reminiscent if not a continuation of 2019's "Deutschland."

There is a little lesson in Rammstein's storytelling right before that in "My Tears": "I'm still living with Mama / Now old, but always there / Even if the sleeves are longer now / I'm still her little child / We are alone, but often in twos / And gladly share half a sorrow / The house is small, the silence is great / She often forces me onto her lap". A whole life is created within a stanza; you have the scenery in mind, two characters, their relationship with each other, a conflict that is then further developed and a rough idea of ​​the direction it should go.

The powerful double-header of "My Tears"/"Angst" is wedged into the two lightest numbers on the release. Before that, a church choir warbles the hook line "Ohne Kondom" during "OK", while the chorus motivates to hop dance. Afterwards, Lindemann bawls "Big Boobs" and the Oktoberfest band plays "I have to, I have to go out to the town". Both songs are about exactly what they suggest: Fickificki and rich fatty tissue. As long as that's true, Tillmann is "not picky at all at the end of the story'" Well then. Add a Helene Fischer Bridge and you're done.

It gets more subtle with the title track, where the ultra-clean production is striking again – and the contrast between gentleness and power. "Zeit" is perhaps the most atypical Rammstein song of all time, without throwing the band's recognition value overboard, and masterfully arranged at the same time. The intro is somewhat reminiscent of Steven Wilson, the electro-pop pulse is pounding beneath the surface, and later the guitars spiral upwards in a post-rock-like manner, having previously formed restrained harmony lines. Combined with borrowings from earlier pieces such as "Morgenstern," "Ohne Dich" and "Engel," the elements result in an interesting mixture of old and new.

On the other hand, if you prefer to wallow in the past, you can listen to "Toxic" and "Black". The former sounds like the 2022 sequel to "Rein Raus" (including a shot of autotune, but snappy riffs reminiscent of earlier times). The latter quotes directly from "Hilf Mir" by "Rosenrot": "Whenever I'm lonely / I'm drawn to the dark". Would you like more references? "Zick Zack" takes over the guitar motif from "Los" ("Reise, Reise"). Nice songs, all three.

One thing is missing this time: provocation. Sure, here and there individual lines flirt with some cheekiness. But even the most sensitive critics would have to be very imaginative to find material for outrage on "Zeit". Rammstein has probably recognized that they no longer need such things in their current position and can still put their fingers in open wounds (see "Fear"). It fits into the image of a dignified farewell after almost 30 years. Rammstein has changed, developed further and still carries the same DNA that they first presented in 1995 on 'Herzeleid' in the form of a recording.

Just as they introduced the first album by addressing the audience directly, now in the last song of their possibly last album - "Adieu" - they are again addressing the word directly to the listeners: "Even the sun will burn up / But don't worry, we are with you / One last time we sing like this / Adieu, goodbye, goodbye / You must walk the last path alone / One last song, one last kiss / No miracle will happen / Adieu, goodbye, goodbye / The time with you was Nice."

Take care, Rammstein. See you at a stadium or two this summer.

Rammstein's new album 'Zeit' is out now on all platforms via Spinefarm.