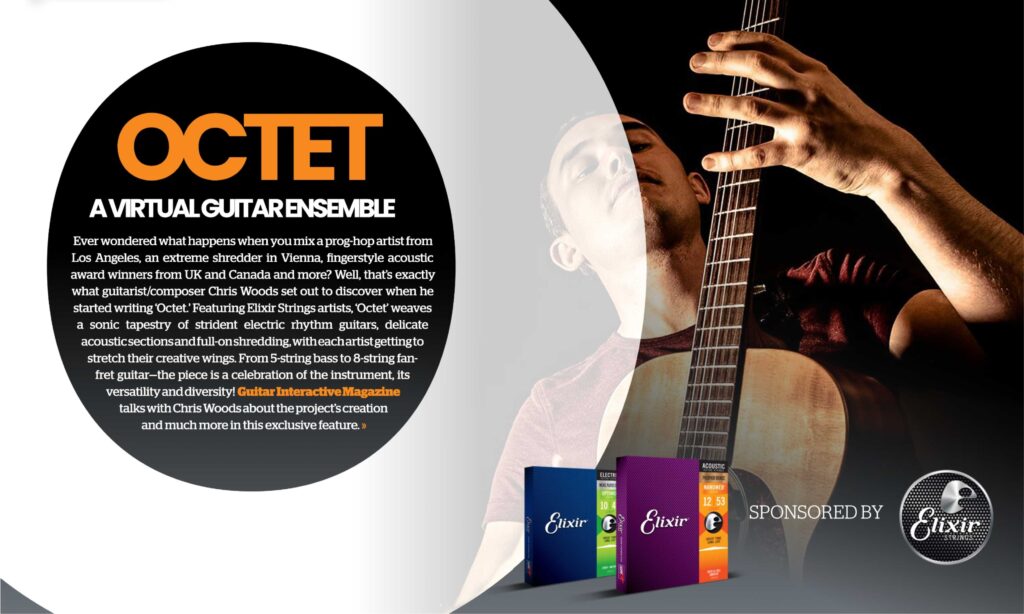 Ever wondered what happens when you mix a prog-hop artist from Los Angeles, an extreme shredder in Vienna, fingerstyle acoustic award winners from UK and Canada and more? Well, that's exactly what guitarist/composer Chris Woods set out to discover when he started writing 'Octet.' Featuring Elixir Strings artists, 'Octet' weaves a sonic tapestry of strident electric rhythm guitars, delicate acoustic sections and full-on shredding, with each artist getting to stretch their creative wings. From 5-string bass to 8-string fan-fret guitar—the piece is a celebration of the instrument, its versatility and diversity! Guitar Interactive Magazine talks with Chris Woods about the project's creation and much more in this exclusive feature.

'Octet' is a commissioned piece for Elixir Strings, written by The Chris Woods Groove Orchestra, and performed by eight of the company's artists from around the world. Composed late last year in the midst of the global pandemic, the project saw each of the artists film themselves during the recording process, the result being a virtual video collaboration celebrating a diverse array of guitar styles and international talent. 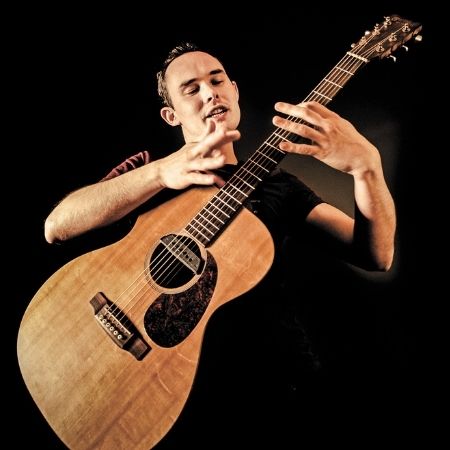 The incredible piece features acoustic, electric and bass artists and was explicitly written with each player in mind. Chris Woods explains, "I started writing the piece by quickly creating a bank of different ideas—I think I created about ten different motifs for the 'bank'. I tried to make each one as different in style as possible and wanted to work as quickly as possible at this stage before getting too attached to specific ideas."

As well as being an impressive track in its own right, the composition lets each artist involved stretch their creative wings. From 5-string bass to 8-string fan-fret guitar, the piece is a celebration of the instrument, its versatility and diversity!

"I listened to what each of the artists does, spoke with them about writing for them and then wrote as minimally as possible in order to allow them room for their own interpretation. The whole concept of the piece was to reflect their musical personalities, so this was really important. I wanted to create a space to give them room to do something that played to their strengths and characters."

Of the challenges in tackling such a task involved, Chris says, "Creating something that can be learned in a very short period of time, with room for interpretation, then recorded and returned for the final mix without the need for edits was definitely a challenge! But each of the artists performed incredibly, so the process of actually capturing performances went really smoothly.

"I'm extremely happy with the way it turned out. I think everyone's unique sound cuts through, but without detracting from the overall togetherness of the piece."

THE FEATURED MUSICIANS FROM 'OCTET' AND WHY THEY CHOOSE ELIXIR STRINGS FOR THIS PERFORMANCE AND BEYOND: 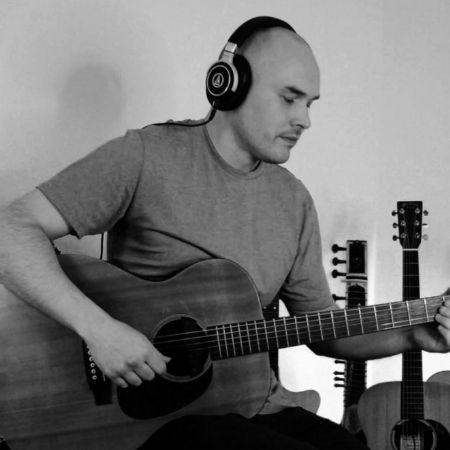 A guitar explorer and innovative collaborator, Chris Woods - recording as 'The Chris Woods Groove Orchestra' - uses every inch of the guitar to create an inspirational sound in a diverse mix of lineups. Chris's compositions have been included in the prestigious London College of Music grade books. He was invited to create two new publications for Hal Leonard to be released in 2021, cementing his work in the education world.

"Whenever inspiration strikes, I can pick up my guitar knowing my strings are going to be working with me, not against me."

Award-winning guitarist Maneli Jamal has wowed audiences around the world with his visual style of acoustic guitar playing. He incorporates many musical textures in his performances while keeping rhythm - you'll swear he has a trio with him. With over 45 million Spotify plays, 5 million video views and 130,000+ followers, Maneli has also been named one of the world's top 30 guitarists under 30 by Acoustic Guitar Magazine.

"Elixir Strings inspire me to pick up my guitar more because of that rich tone that we all want out of our acoustic guitars."

Michael Watts is a guitarist, writer, journalist and film-maker based in Surrey, UK. A previous recipient of the Acoustic Guitarist of the Year award, Michael has shared a bill with some of the greatest instrumentalists in the world and is known for his depth of feel and nuance in his playing and composition. Michael is a vocal champion of the art of modern steel string guitar luthiery and presents the YouTube series Luthier Stories - an undertaking that has seen him travelling around the world to interview many of the world's finest guitar makers. Michael's critically acclaimed album Vetiver was released in 2017.

"I am very lucky to play instruments made by the world's finest guitar builders, and I insist on Elixir Strings every time."

Based in Los Angeles, Ando-San is a fast-rising young guitarist combining innovative techniques into his pieces to create striking contemporary sounds, which he titles "prog -hop". With influences including Misha Mansoor, Tosin Abasi and Mikael Akerfeldt, Ando San's blend of percussive slap techniques and use of extended range guitars combine to create a truly distinctive, forward-looking guitar style.

Tiffany "Tiffs Bass" Lloyd began her musical journey on piano at the age of 7, started formal musical training at 11 years old and picked up bass guitar, her primary instrument, shortly after. On stage, Tiff has been privileged to work with the likes of Gladys Knight, Yolanda Adams, Kenny Lattimore, Lisa Raye, Todd Dulaney, Maysa Leak, and more. She is also a bass clinician, bass instructor, and speaker for music conferences and schools for students wanting to pursue careers in music.

"I love playing Elixir Bass Strings because the feel is completely unmatched...and the tone is impeccable!"

Sus Vasquez is a professional female guitarist based in NYC, where she's most known for her ability to deliver in different settings and styles of music, both line and in the studio. Sus is currently the guitarist for Grammy-winner and top-selling Latina artist Karol G, with whom she performed at the 2020 Latin GRAMMY Awards, and she has also performed with Latin Grammy Award Winner Luis Fonsi, whose smash hit Despacito spent 16 weeks atop the Billboard Hot 100.

"The feel and durability of Elixir Strings make them my go-to every time. The soft feel under my fingertips allows me to play for countless hours."  Sus Vasquez Plays Electric Nickel Plated Steel with OPTIWEB Coating

Based in Austria, Bernth Brodträger's wide-ranging guitar style has seen him tour with extreme metal band Belphegor and study at the Vienna Music Institute, where he pursued jazz guitar and instrumental pedagogics, graduating with honours. Currently, Bernth tours with top-selling Austrian band Seiler und Speer and has received awards for composing and performing the soundtrack for the successful series 'Horvathslos'. His first online guitar course, '10 Steps to Modern Shredding,' was released in 2018.

"I play Elixir Strings exclusively for years now simply because they beat their competitors in a direct comparison whenever I played them live or in a studio."

Something of a child prodigy, Quentin Godet joined French metal band Kadinja at the tender age of 16 in 2013. Since then, he has continued to develop as a guitar player, collaborating with the likes of Zuuk FX and TANK and pop artists, including Axel Bauer. Having studied at the American School music facility in Paris, he is also well-placed to deliver educational content, which he regularly does for Guitar Xtreme magazine and as an occasional teacher at the International Music Academy in Nancy.

"The sound and feel of these Optiweb strings are of unmatched quality, and they last for a very long time."

Elixir Strings, known for long-lasting tone, manufactures a full range of gauges in a variety of metals and coatings for acoustic, electric and bass guitars, banjo and mandolin. For more information on Elixir Strings, please visit: www.elixirstrings.com

Find out more about the Elixir artist collaboration here: