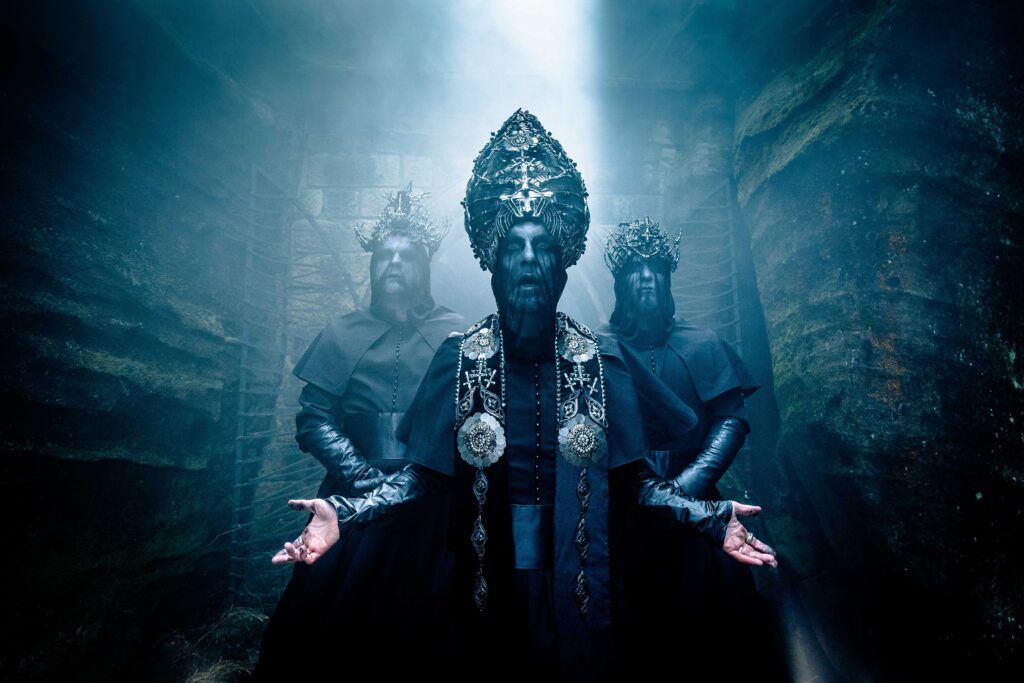 Nergal: See Into The Dark

Since the early 1990s, Behemoth has been a barbarous force in the Polish metal scene, forged in a caustic cocktail of black and death metal that was made all the more punitive by a heavy dose of religious provocation; Behemoth has never been an act guilty of predictability and with a new surprise EP, 'A Forest' (featuring a cover of The Cure's 1980 song of the same name) now available worldwide through New Aeon Musick, don't expect to second guess them any time soon. Guitar Interactive Magazine chats exclusively with the band's founding member, Adam "Nergal" Darski.

With a pioneering career now spanning almost three decades, Behemoth is a band that genuinely defies labelling or classification. Some have called them death metal, black metal, thrash metal and so on, but their range and willingness to experiment and blend so many aspects of different styles has set them apart from any one genre. These guys can mix and match from a variety of metal influences to create a vastly unique experience with every single song they construct. They are willing to break the rules, not just bend them, constantly challenging themselves to strive for greater complexity and give us even more impressive music.

Both sonically and socially pugilistic — they were criminally charged by the Polish government for tearing up a bible and emblazoning the country's coat of arms on a T-shirt — the band released their first full-length recording, 'Sventevith,' to favourable reviews in 1995. Subsequent albums like 'Demigod' (2004), 'The Apostasy' (2007), 'The Satanist' (2014), and most recently 2018's 'I Loved You at Your Darkest' display a wide musical vision that incorporated synthesizers, choirs, orchestras, and even folk music while still managing to retain a brutal, extreme metal sound. The group has endured numerous lineup shifts during their career, with founding singer/guitarist Nergal being the only constant member throughout the years.

Since the release of the band's 11th studio record, ('I Loved You At Your Darkest') Behemoth has been on the road touring relentlessly in support of the album. The most recent shows featured them as special guests on Slipknot's sold-out European arena tour in early 2020 and saw the band play to their biggest indoor crowds to date.

'I Loved You At Your Darkest' was met with broad critical acclaim upon its release in 2018 and marked a milestone in the band's history, not only being the most successful album in their career so far but also as an audiovisual masterpiece that has won them new fans the world over. The intricate and somewhat blasphemous album artwork was also showcased in several special gallery events across the globe, offering additional perspective to the album's vicious, yet deeply emotional tracks.

Speaking about the new release, Nergal stated, "Covering music outside of metal is a challenge – covering legendary music is an even greater challenge, that is what drove us throughout this process. A lot of bands try it, and a lot of bands fail; subjectively, I love the outcome and it ranks amongst my favourite Behemoth covers alongside Killing Joke's Total Invasion and Siekiera's Ludzie Wschodu. For the second time in 2020, I've recruited Niklas Kvarforth from Shining. Niklas' psychotic appearance, attitude and vibe was a key element to our representation of the music and the only man who could give the performance the same depth as the original.  On top of this, the 'A Forest' EP contains two brand-new Behemoth songs, 'Shadows Ov Ea Cast Upon Golgotha' and 'Evoe'. The tracks act as a continuation on from 'I Loved You At Your Darkest' – no more, no less. We hope this brings some respite for anyone struggling during these strange times on our planet! Stay safe, stay positive, Hail Satan!"

Behemoth's 'A Forest' is now available to purchase or stream from all major platforms.

'A Forest' by 'Behemoth' Tracklist: