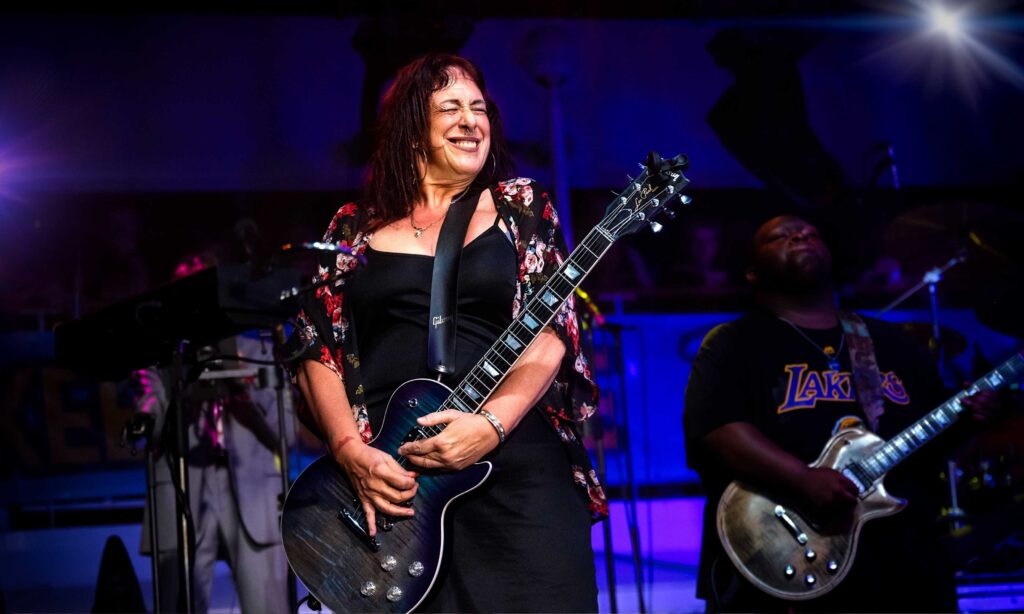 Chicago-based slide guitar virtuoso and singer-songwriter Joanna Connor, best known as one of the reigning Queens of blues-rock guitar, returns with her incredible new album '4801 South Indiana Avenue.' Out now on Joe Bonamassa's new independent blues record label KTBA Records, the new record (Joanna's 14th studio release) was produced by Bonamassa and Josh Smith and hit #1 on Billboard's Official Blues Chart upon its release. Joanna talks with Guitar Interactive Magazine about the new album, its inspiration and her unique approach to playing the blues.

Numerous artists have been influenced by or had love affairs with the iconic art form called the Blues. However, not many sought after it by diving headfirst into its epicentre, the "Windy City" Chicago. Joanna made that very pilgrimage at the age of 19 and quickly set her mind to move there just three years later. 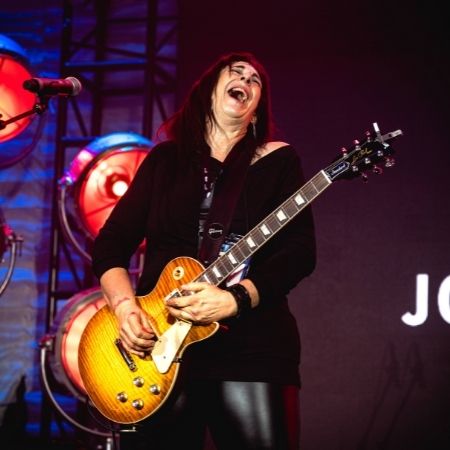 Those years spent in the trenches at the late-night institution the Kingston Mines, led to further musical adventures, including a late-night set with Jimmy Page and various solo headline show's of her own that subsequently caught the ear of Blind Pig Records who would release her first album 'Believe It' in 1990. The music world was piqued with this brash in your face guitarist in the guise of an unassuming 28- year-old.

Fast forward to 2019, and a few viral videos of Joanna's stand-out playing caught the attention of Joe Bonamassa. Within a year, Joe's passionate and articulate vision to bring Joanna's unique, blazing, gritty and electrifying blues guitar prowess to the world came to life. His expertise as a musician, vocalist and producer cut to the core of Joanna's tremendous and uncompromising musical life story, and brought to fruition her best and most representative work to date.

Joanna, Joe and the rest of the world-class musicians on the album dug deep, and in the process, conjured up an authentic, alive and kicking non-derivative set of Chicago Blues. "We chose the album title "4801 South Indiana Avenue" because it was the actual street address of the hallowed funky blues sanctuary Theresa's Lounge," states Joanna. "We want the listener to open that door, walk in and feel to their core some of the magic that a place like that brought night after night. It was an honour to bring this to you, the listener."

The new album reflects an entirely new experience from the way Joanna has recorded music in the past. "This album is a homage to the blues school that I attended in Chicago," says Joanna. "We attempted to capture the spirit of tradition and inject it with raw energy and passion."

When Joanna was asked how Joe came to produce her album, she explains. "Joe retweeted one of my videos last May, and it went viral on his site. I thanked him in a message, gave him my contact info, and he immediately responded. Joe opened for me years ago at the House of Blues Backporch Stage in Chicago, where I played weekly for years! He wanted to make an album for me that he felt I needed to make and had never really made. He said flat out he would work me hard, push me to the limits, bug me to bring out my best and capture the lighting in a bottle as he put it."

All the songs on '4801 South Indiana Avenue' are obscure covers from various blues greats, and in turn, Joe knew the right people for the gig. "I'm going to put a band together for you, and we're going to record in Nashville," Bonamassa explained to Joanna, and that's exactly what they did, with Joe forming an all-star studio line-up featuring the likes of Josh Smith on guitar and Reese Wynans on keyboards.

"I've known Josh since he was a kid," recalls Joanna. "He used to come sit in with me when I played down in Florida. He's just a great guy and, of course, an amazing guitar player. Having Reese Wynans on keyboards had me in tears because the only show I ever went to see of Stevie Ray Vaughan's was his last show. Then look at what happens. I'm sitting in the studio right next to Reese."

Joanna recalls how she felt like a kid in a guitar candy store with Joe's gear selection. On the second day, Joe starts to pull out guitars and amps of his, which, oh my goodness, you know what that's like. Joe can tell you every string and every pick-up, and I don't even know what I was playing."

On the new album, Joe pushed Joanna, which enabled her to deliver a more powerful vocal on every track. "It was the hardest I've ever pushed my voice ever," says Joanna. "The good thing was that I had a couple of weeks off before, so my voice was pretty fresh. Usually, I was singing every week – hours and hours in the clubs. I thought I would be more inhibited. I was in the room with everybody, and usually you're just in a booth."

"4801 South Indiana Avenue is probably the most bluesy record I've ever recorded, explains Joanna. "On every song, there's a little twist in the chord changes and special effects on the slide or the vocal. I don't know if it's the vibe of the room or what. The studio is not a place I usually feel so comfortable in."

Overall, recording the new album was an incredibly moving, if not, significant experience for Joanna. "Recording the new album was one of the three major highlights of my life," reminisces Joanna. "I got to jam with Jimmy Page many years ago in Chicago in the 80s, so that's definitely a highlight. I jammed with Buddy Guy and now, making this new album with Joe, it's like a dream come true. I was proud, but I was also really nervous about it because I was surrounded by musicians who were at the top of their game. I know I'm a good player, but those guys are on another level."

Joanna recalls, "I remember asking Joe point-blank, 'Out of all the guitar players in the world, why me?' He said, "Because you have an intensity about your playing that most people don't have. As a matter of fact, I wish I had some of that myself, where you just let it go, and you don't even think about it." The new album features the crème de la crème of musicians, and for Joanna, working with them was clearly an unforgettable experience.

"Playing with Reese Wynans was an honour and a privilege and brought me to tears. Having Josh and Joe playing guitar on every cut and arranging everything was a gift to me. Bassist Calvin Turner was incredibly groovy and solid and was responsible for the horn arrangements. Lemar Carter is one of the hottest drummers on the music scene, plays with Frank Ocean and so many others. He's a master of time and taste and groove. We recorded every song in a max of three takes. We were all in the same room together, except for Joe, who was in the control room playing and producing. Making this album felt like such a sweet gig." 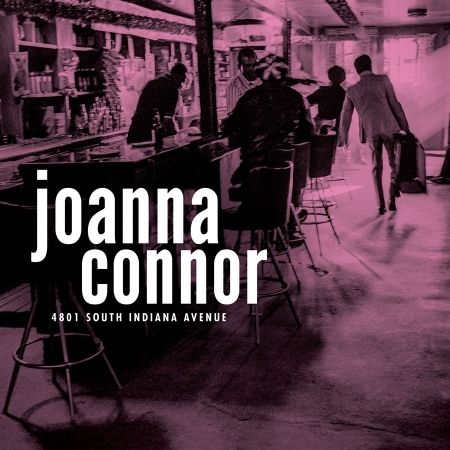