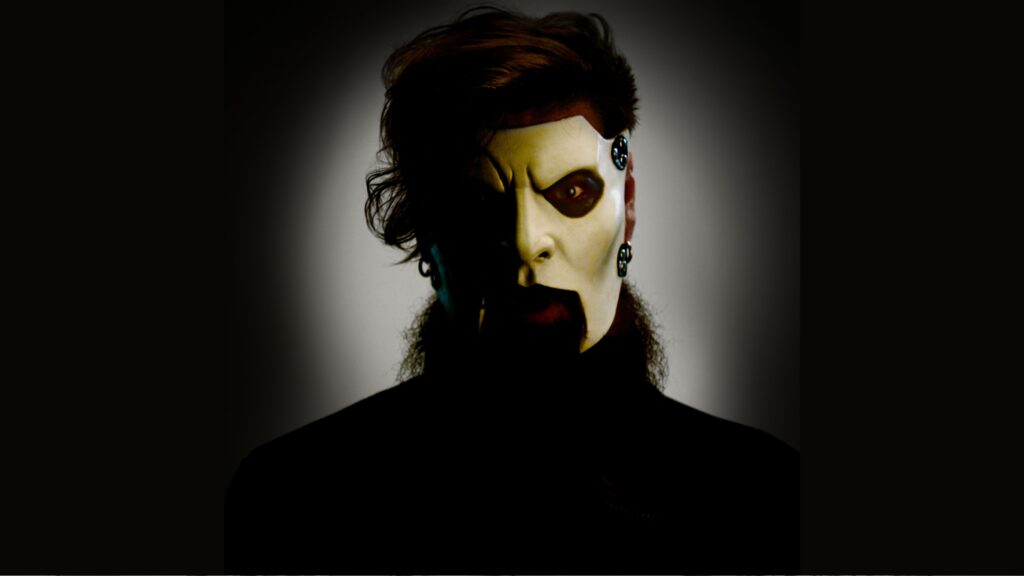 Jim Root: The Root of Evolution

When Slipknot's self-titled debut was released to the masses during the dying days of the 20th century, it gave a shot in the arm to heavy metal music the likes of which only a handful of the greatest bands can equal. Twenty-one years, six albums and countless sold-out world tours later, and the group have evolved into chart-toppers, debuting at number one on both the US Billboard 200 and the UK Albums Chart with their latest release 'We Are Not Your Kind.' Jonathan Graham sits down for an exclusive interview with one half of the Slipknot's guitar double team, Jim Root.

There's no question that Slipknot is one of the most important bands of the past two decades; they have the record sales, the fans, the shows and most importantly, the tracks to live up to the hype. And while there may be some traditional metal fans not as keen on the modern inclinations of Slipknot's music, no one can deny that the group has built a career of extreme success. Of course, this doesn't mean that the band has not had struggles and challenges along the way. In fact, their story is quite the opposite. Slipknot's continued defiance in the face of adversity coupled with a desire to experiment with their craft has made it particularly interesting to follow the band's progression, particularly in the last decade or so.

When we compare Slipknot's evolution throughout the years, they are a long way from the band that made that aggressive self-titled debut album back in 1999. Sure, subsequent gold and platinum efforts like 'Iowa' (2001) and 'Vol. 3: (The Subliminal Verses)' (2004) would firmly put them on the map as hard-hitting heavy metal heavyweights. However, 2008's "All Hope is Gone" ushered in a new era for the band in terms of melodic experimentation and songwriting, and it's clear that Jim Root has played a massive part in this development. Not only are Root's guitar stylings (along with Mick Thomson's) a massive element of Slipknot's sound, but also of Stone Sour's, who he was also a key member of along with vocalist for both acts: Corey Taylor. The evolution of his sonic choices can be directly connected to the band's musical shift to perhaps a much more mainstream approach, and in turn, creating Slipknot's status as one of the world's most famous and commercially successful metal groups.

Tracks like "Sulfur" or "Psychosocial" continue to show the heaviest side of the band combined with the melodic approach that they developed in the mid-2000s, which could be viewed and considered as Slipknot's definitive sound, but there is already a tendency in this album to go for softer and more melodic elements. This has been a running theme in every subsequent new release of the band's career: sacrificing a bit of the dark and heavy elements in order to leave some space to inject more melodic approaches.

The reasoning for this can be traced back to Root's partnership with Taylor in Stone Sour. While Slipknot was becoming much more popular in the mid-2000s, Root and Taylor revived the band, which quickly started to gain its own popularity and success. Stone Sour had at the time been defined and viewed by many as a more melodic and accessible version of Slipknot, with both musicians showing a much more eclectic approach to their songwriting skills and allowing themselves to explore new avenues as musicians.

We can hear this influence of Taylor and Root from their Stone Sour albums in tracks such as "Dead Memories" or "Snuff," where the band is extremely melodic, there are no extreme vocals, and it rarely sounds anything like the band that made the self-titled and 'Iowa' albums.

This was even more evident in the follow-up album, 2014's '5: The Gray Chapter,' with the band presenting two very marked halves in terms of overall sound: one heavy and dark, while the other is a lot lighter and melodic. Root's guitar playing has evolved in this regard too, with a lot more emphasis on punching in to add texture in key moments of the tracks as opposed to being a heavy force throughout the entire piece.

Don't get me wrong; Slipknot can be just as hard-hitting as ever. However, as the years go on, it's more and more evident that they are so much more than that.

2019's 'We Are Not Your Kind' is the latest landmark in the band's career and perhaps Root's most fascinating musical performance as a guitar player to date. If in previous releases they were bound to experiment a bit here and there, this album shows the band trying many different musical directions while also going back to the hard, heavy and dark approach that made them so popular to begin with.

"Slipknot has proven that they can still maintain themselves as musically relevant and ambitious, while still forging new ground and not settling for that original pre-established sound that many would expect from them."

It's hard to determine what makes Slipknot the band they are these days. One can simply listen to their hits and get a very simple perception of who they are, but the reality is that if you listen to their albums as a whole, you get a whole tapestry of musical influences and a band that has grown and developed a lot throughout the years.

This is a testament to the value of experience, triumphs, tragedy, experimentation and even allowing the influence of other projects to take hold. No one can pretend that every change a band makes is inherently good because that simply isn't true. However, Slipknot has proven that they can still maintain themselves as musically relevant and ambitious by forging new ground and not settling for that original pre-established sound that many would expect from them.

Slipknot has grown from a heavy modern metal act to a very eclectic outfit, maintaining that unique dark aura, but becoming more melodic, complex and yet still accessible all at the same time. It sounds paradoxical, but in their world, it holds together perfectly.

"We're not those people anymore." Root states in reference to the band's debut and follow-up records. "We're not that band anymore. That was a place in time; it was a snapshot of who we were at that time, and to try to recreate that, I think, would be contrived, and our fans would see right through it… and even if it was a great, really heavy, aggressive, organic record like that, the comparison wouldn't match up to it. So I like to look at everything as an evolution."

So what comes next? Well, Slipknot is taking much longer between new releases these days so we will have to wait and see, but one thing seems to be a given from Jim Root and the Slipknot lads — it won't be exactly what you would expect from them.

Speaking of things of an unexpected nature — Slipknot was set to embark on the first-ever Knotfest at Sea festival later this month, with the likes of Anthrax, Behemoth, DevilDriver, Sevendust, Skindred, and Ho99o9 all joining Slipknot on board for an incredible live event. Due to the current Covid-19 pandemic, this event along with Knotfest UK and all other Slipknot live dates in 2020 will have to be shelved until further notice.

The masked metal band were also set to bring their Knotfest event to the UK for the very first time this August, with a performance scheduled for the legendary Milton Keynes' National Bowl.

"The band looks forward to performing for its fans again and will do so when everyone's safety can be assured," the statement from their official Facebook page reads, going on to confirm that ticket holders will be contacted via email regarding refund options.

Corey Taylor recently stated that Slipknot had been in talks to perform a series of intimate "throwback" gigs. The musician made the comment while speaking about how the current situation is affecting the live music industry on the whole.

"These shows will probably be in smaller venues. Because people will be fucking scared, man," Taylor explained. "Or, maybe outdoor venues, where people don't feel like they're confined."

He added that there could "be a sense of paranoia for a while" over attending large events, "even after there is a medicine developed, or a vaccine."

Stay up to date with the latest Slipknot tour news and more at:

Slipknot's sixth studio album 'We Are Not Your Kind' is out now, and available to stream on all major platforms worldwide.

Slipknot 'We Are Not Your Kind' Tracklist:

3. Birth Of The Cruel

4. Death Because Of Death

13. Not Long For This World

For information on Slipknot, please visit: