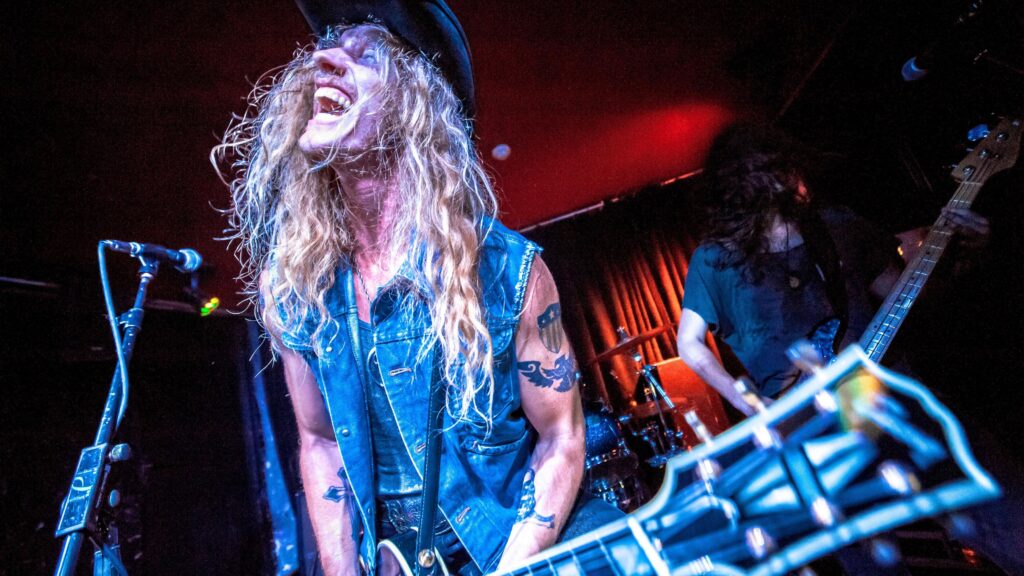 Guitar Interactive Magazine catches up with Wisconsin born blues-rock guitarist and vocalist, Jared James Nichols for the first time since the exciting launch of his signature Epiphone Les Paul Custom, and ahead of his first major UK tour that kicks off in February 2020.

Jared James Nichols has quickly become a force to be reckoned with in the blues-rock arena for his unique blues grit and gusto and bombastic arena-size rock' n' roll. Having built up a solid reputation as a stunning heavy edged blues rock act and stage beast, Nichols has shared stages with the likes of ZZ Top, Lynyrd Skynyrd, Zaak Wylde, Glenn Hughes, Walter Trout, Blue Oyster Cult, UFO and Saxon just to name a few. His guitar playing can easily be described as raw, raucous and authentic and has even caught the attention of some of guitars biggest names, with Lynyrd Skynyrd's Gary Rossington being so impressed with Nichol's chops during his support set that he invited him on stage to play lead guitar during a performance of "Sweet Home Alabama." Something that Skynyrd have never done before.

Jared has always been a natural performer. As soon as he got his first guitar at 14-years-old, the stage immediately called to Nichols. Maybe it had something to do with the fact that he grew up minutes away from The Alpine Valley Resort - where Stevie Ray Vaughan ultimately performed his last show. Nothing could predict just how adept at the six-string he would eventually become, however. He traces the beginning of his story back to a blues jam that his mother brought him to. 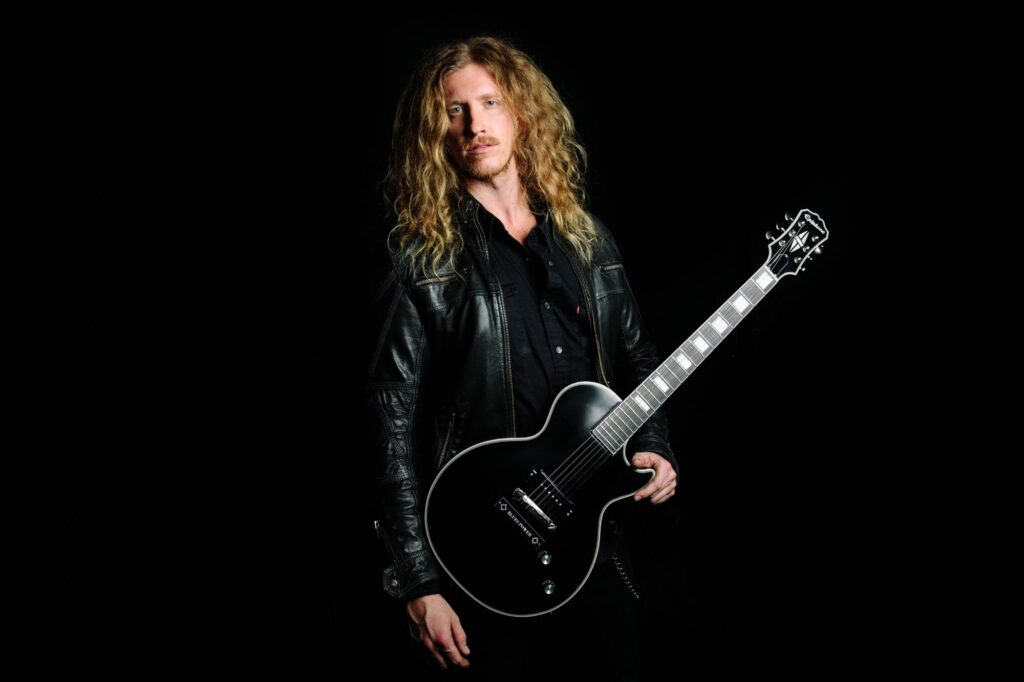 "Two weeks after I got an electric guitar, I was on stage with all of these old cats from Chicago playing the blues," he recalls with a smile. "The music immediately resonated with me. It was all about the feeling and the soul behind it. None of these guys were music nerds. They were true blues guys playing what they felt. That power and reality struck a chord in me."

Soon, Nichols found himself practising for up to twelve hours every day. Hitting up the local jams, he ended up sharing the stage with legends including Buddy Guy, "Honeyboy" Edwards, and "Big Jim" Johnson as well as early supporting slots opening for Kenny Wayne Shepherd and Derek Trucks.

By his 21st birthday, he had logged over 500 gigs. After a short stint at Berklee School of Music in Boston, he headed out to Los Angeles where he garnered numerous accolades at the world-renowned Musicians Institute, winning the 2010 Jerry Horton guitar contest, the 2011 Les Paul tribute contest, and the 2011 "Outstanding Guitarist" award.

2012 saw him release his debut EP, 'Live at the Viper Room,' gaining the notice of both the guitar and music press alike and inking a deal with Sony/MTV's Hype Music Publishing. The groundwork was laid for what would become his debut album, 'Old Glory & The Wild Revival,' released in 2015.

Jared returned with a brand new album 'Black Magic' late last year which is the follow up to 'Old Glory & The Wild Revival.' Featuring ten tracks recorded at The Boneyard in Boston as well as Johnny Depp's home studio in Los Angeles and produced and co-written by Tony Perry and Jared James Nichols, the album is Nicolds strongest yet and fully captures that incredible energy that emanates from a Jared James Nichols live show.

Jared James Nichols embarks on his first major UK tour in February 2020. The 8-date tour starts on Tuesday, February 25 at the Robin 2 in Bilston and ends at the Exchange in Bristol on Sunday the March 29. Special guests on all dates will be the Kent-based 4-piece rock band Collateral.

"I'm looking forward to playing the UK again," says Jared. "The last time we toured the UK, we supported Living Colour and Wayward Sons. This time we will be headlining our own shows, so it's going to be a special tour for us. We've been gradually building up a lot of momentum over the years, so the time feels right for a headline tour now."

The tour follows Jared's recent single Nails in the Coffin that was a popular A-listed radio hit on Planet Rock Radio. Recorded in Los Angeles, the single was produced and co-written by Mark Jackson and Ian Scott; best known for being the team behind the artist Dorothy and the hit single The River by Bishop Briggs.

"Nails in the Coffin has many different meanings," says Jared. "It's about overcoming the odds, always pushing forward. Never backing down or giving up to anything or anyone."

2019 was a ground-breaking year for Jared as Gibson/Epiphone released his very own Jared James Nichols Les Paul Custom guitar along with the release of the Blackstar Amps JJN-20R MKII. Be sure to check out our fantastic competition this issue, for your chance to win some exclusive Jared James Nichols signature gear.