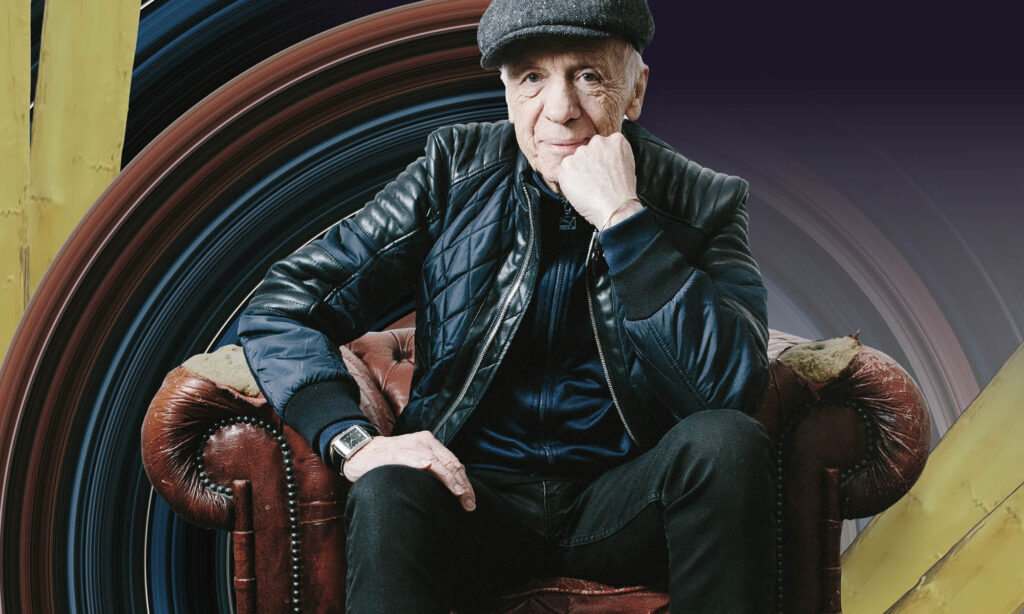 For Robin Trower, the next great song has always been right there at his fingertips just waiting to be played. For five decades, the iconic British bluesman has used the same process to create musical magic; the valves glow in his Marshall amplifier, those fabled hands roam the neck of his Fender Stratocaster, and the music starts to flow, raw and real, played with fire and skill. Nowhere is that more evident than on Trower's latest studio album, 'Coming Closer To The Day'. Dan Le Gresley sits down with music legend.

It's rare to find a '60s legend still on trailblazing form. While Robin Trower's peers recycle the old hits or retreat from view, the 73-year-old guitarist finds himself in a golden late-bloom of creativity. In recent years, his solo output has been championed by both press and public, with the impact of 2014's Something's About To Change, 2016's Where You Are Going To and 2017's Time & Emotion setting up some of his best-attended US dates since he conquered that continent with Bridge Of Sighs in the mid-'70s. "I had two really excellent tours in '17 and '18," he reflects. "A really great turnout, great response from the crowd. It's been wonderful, really."

Even at this career pinnacle, Trower admits he "just can't stop". And with Coming Closer To The Day, his songcraft and soulful performances have never sounded more alive - even on an album whose title track acknowledges that life is short and time precious. "I'm saying that I'm nearer the end than the beginning," he explains. "But that doesn't scare me. Not at all. If I went tomorrow, I'd feel like I'd been blessed with being able to achieve an incredible amount as a musician."

The bluesman's back pages leave no doubt of his towering contribution. Follow the thread back to '50s Southend, where the teenage Trower lived and breathed a vinyl collection that left an indelible mark on him. "I originally wanted a guitar because of Elvis's records, which was Scotty Moore," he reflects. "He's the inspiration, really. My three favourite guitar players are B.B. King, Albert King and Jimi Hendrix. I think there's a touch of genius about all three of those players. They're groundbreaking, y' know? I asked my dad if I could have a guitar and I got one for Christmas. It came pretty easily to me. I'm what you call a natural musician."

Given his fascination with the US blues pioneers, it followed that Trower was ambivalent about the British boom of the mid-'60s. Yet he seized his opportunities throughout that decade, making his first mark in R&B hopefuls The Paramounts, then forging his reputation over a five-album tenure with Procol Harum. "It satisfied me creatively, for a while," he remembers of his run from 1967 to 1971. "I always think of it as my schooling. Y'know, I learnt all about touring, touring America, making albums. I couldn't have gone on to what I did later in my career if I hadn't laid that groundwork. But I was writing more and more pieces of music. And there wasn't room for it in Procol Harum, because it was basically a keyboard band."

For Trower's long-standing fans, the main event is his solo career, which exploded in 1974 with Bridge Of Sighs: the gold-selling masterpiece whose highlights like Day Of The Eagle and Too Rolling Stoned paired his soul-drenched fretwork with the emotive vocals of the late James Dewar. Suddenly, Trower was a mainstream draw in the States, booming from prime-time radio, taking the stage at stadiums. "Like anything that tips over into the wider public," he says, "I think you've got to have a certain amount of luck. Radio, at that time, was growing into something where they'd play music like that, not just in the middle of the night, but all day long. We came along at the right time for radio to promote it. America has always been a much bigger audience for me, and that's because of the '70s. Those albums sold a lot and reached a lot of people. The ripples are still being felt from that, even today."

That wave of popularity carried Trower into a series of celebrated collaborations with Jack Bruce that began with BLT (1981), and even saw him guesting on tracks for Bryan Ferry's acclaimed Taxi (1993). And while the record industry might have transformed beyond recognition since the millennium, Trower has lost not a spot of integrity on the march towards his modern solo albums. As we have come to expect, Coming Closer To The Day was made on his terms, with little concern for the demographics and sales projections that dilute the work of lesser artists. "It's really a natural progression of the last three albums, this one," he says. "Each album goes earthier and earthier. I'm trying to make it as real and as performance-related as possible - and not a manufactured thing."

As ever, when a guitar entered his hand, the songs arrived. "I don't have any trouble writing," he says. "I'm always playing the guitar, and ideas just come out of that. It doesn't have to be loud, but it has to be an electric guitar, and I have to be plugged into an amp. Then I find that pieces of music come quite easily and it's a non-stop conveyor belt. The nucleus of the piece is the guitar part and that's what everything else is written to. The lyrics are the hardest work for me. I can spend two or three days doing those. I'm not sure there's an overarching concept to this new album. My main thing is that I'm always driven by the songs I can come up with."

Recorded at Studio 91 in Newbury, alongside engineer Sam Winfield, this latest tracklisting is vintage Trower. "Diving Bell is probably my favourite track on the album," he says. "That one went down really early, and it's got that funky bluesy kinda thing that just hits me right where I live. Truth Or Lies, that one was quite hard to pull off. I love the song, but I recorded it once and wasn't happy with it, so I started from scratch again. It's got quite a strong early R&B flavour to it. That song is not really about me. I'm writing from the viewpoint of a guy whose loved one has been messing around - y' know, 'I can't make up my mind if it's truth or lies'. Someone Of Great Renown, again, that song isn't about me, but it's maybe someone that I'd like to be. It sort of reminds me a bit of Hoochie Coochie Man, harks back to that Muddy Waters and Howlin' Wolf kind of thing.

"Lonesome Road," he continues, "that's about me touring and asking how long I can go on with it. That's definitely coming from my heart and head. Ghosts is about things from the past where you didn't do right in your personal life. Don't Ever Change is an out-and-out love song: a very nice, easy vibe, but still quite soulful."

The calibre of the songwriting on Coming Closer To The Day is matched by Trower's performances, with the bandleader handling all instruments except the drums. His basslines are supple and rhythmic, his vocals growl and soar ("I think I'm getting better at picking keys to sing in") and the lead guitar work only adds to his reputation as an all-time-great soloist. "When I'm working on a song idea," he says, "it has to be something I'd really like to play lead guitar on, otherwise I don't bother with it. In terms of the lead guitar, I tried to make it as soulful as possible. With the solos, I've got a rough idea of the area that a piece of lead work will work in. Then I just go in and see what happens. There's always a certain amount of freedom. It's loose and relaxed, messing about and trying different things. I'm trying to capture something that happens, rather than something that's pre-worked out. It's got to come from the gut."

Acting on artistic instincts - rather than bowing to market forces - might not be a fashionable or profitable approach in the modern music industry. But in 2019, it's a philosophy that is driving Trower's late career to new creative heights, as the bluesman tightens his grip on the long-term fans who fell for his classic '60s work, while reeling in younger music-lovers who crave something honest and unvarnished in the age of artifice. "I think that I'm drawing much more from my roots now," he considers, "rather than shying away from them. I'm not worried about what the music is - or what people might think of it. I'm just doing this out of the sheer joy of doing it. My passion for guitar now is stronger than ever. It's still a great thrill, just to play"

Robin Trower's 'Coming Closer To The Day' is out now, via Provogue/Mascot Label Group.

'Coming Closer To The Day' track-listing is as follows:

Experience Robin Trower Live! Don't miss Robin Trower touring with Richard Watts on Bass and Vocals, and Chris Taggart on Drums. As they return to the UK stage in April 2020, performing songs from the new album 'Coming Closer To The Day' along with favourites from the Trower catalogue. 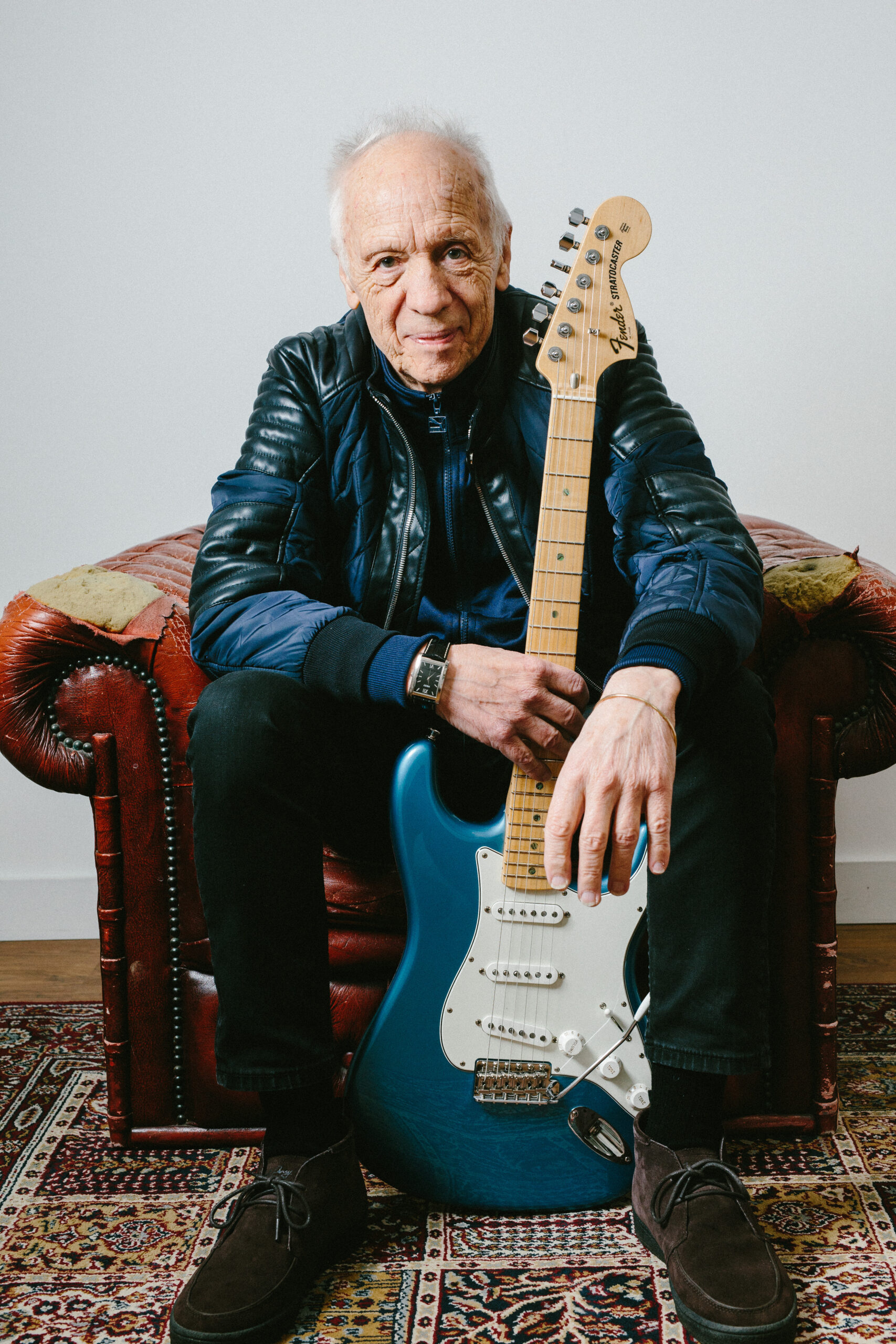 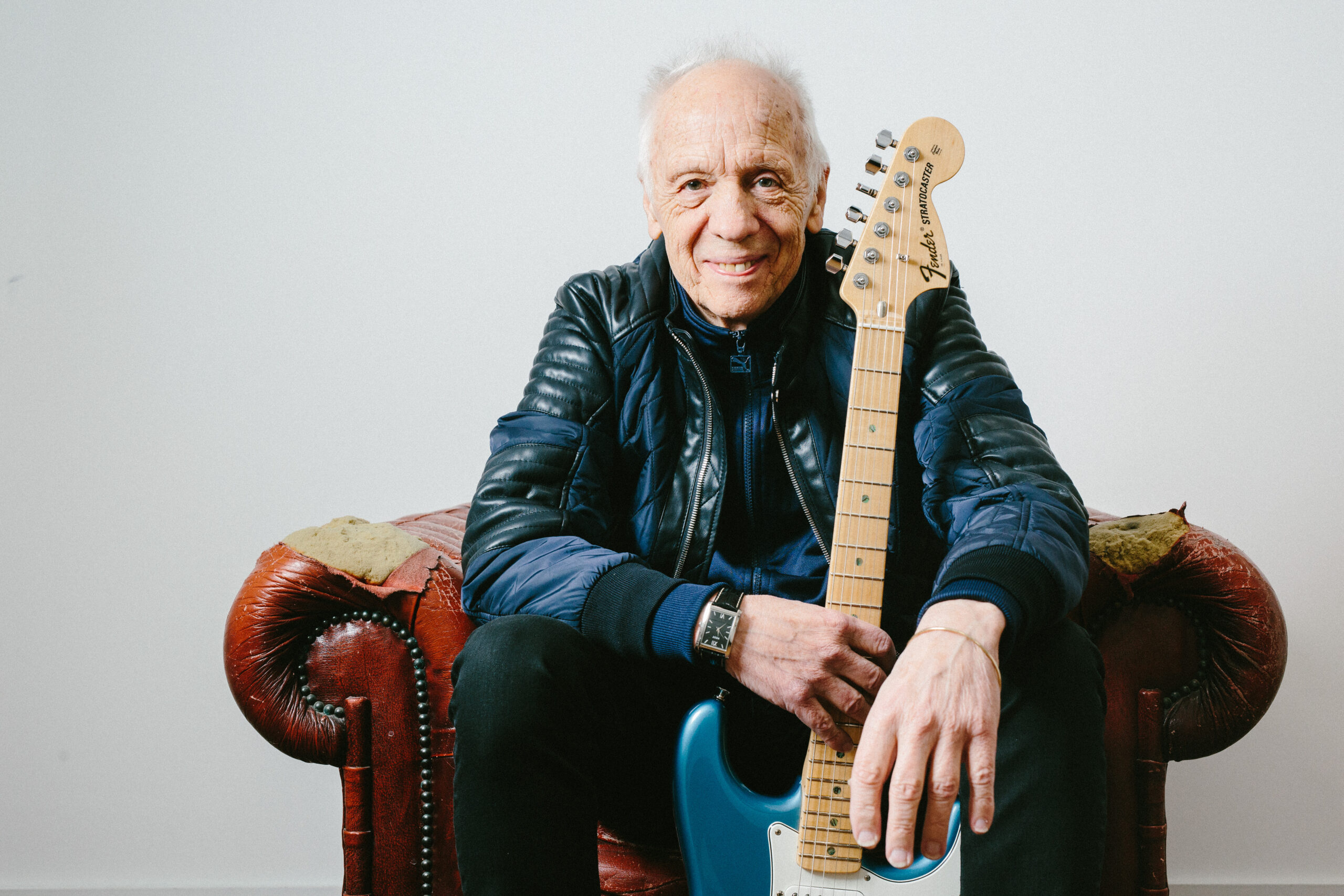 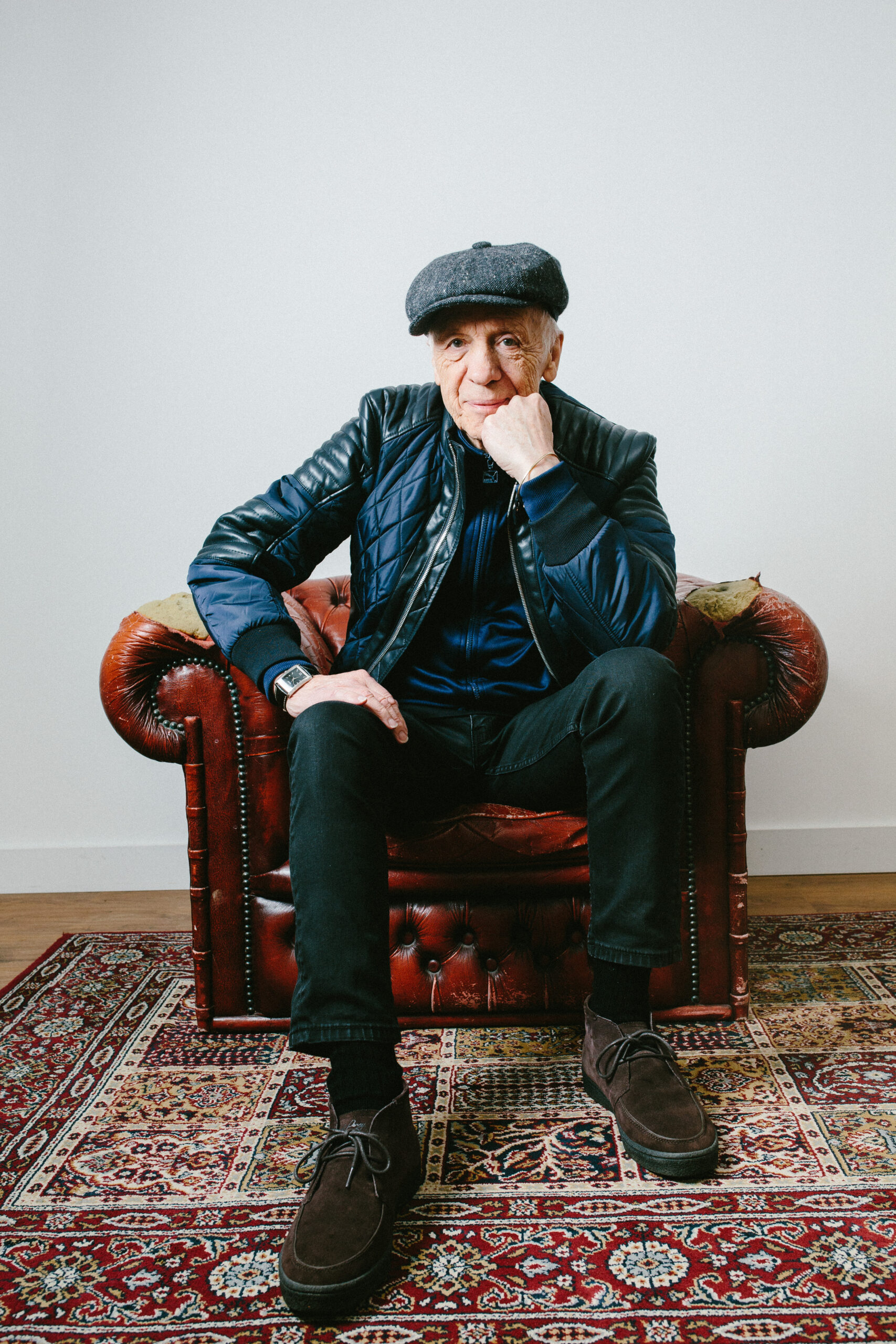 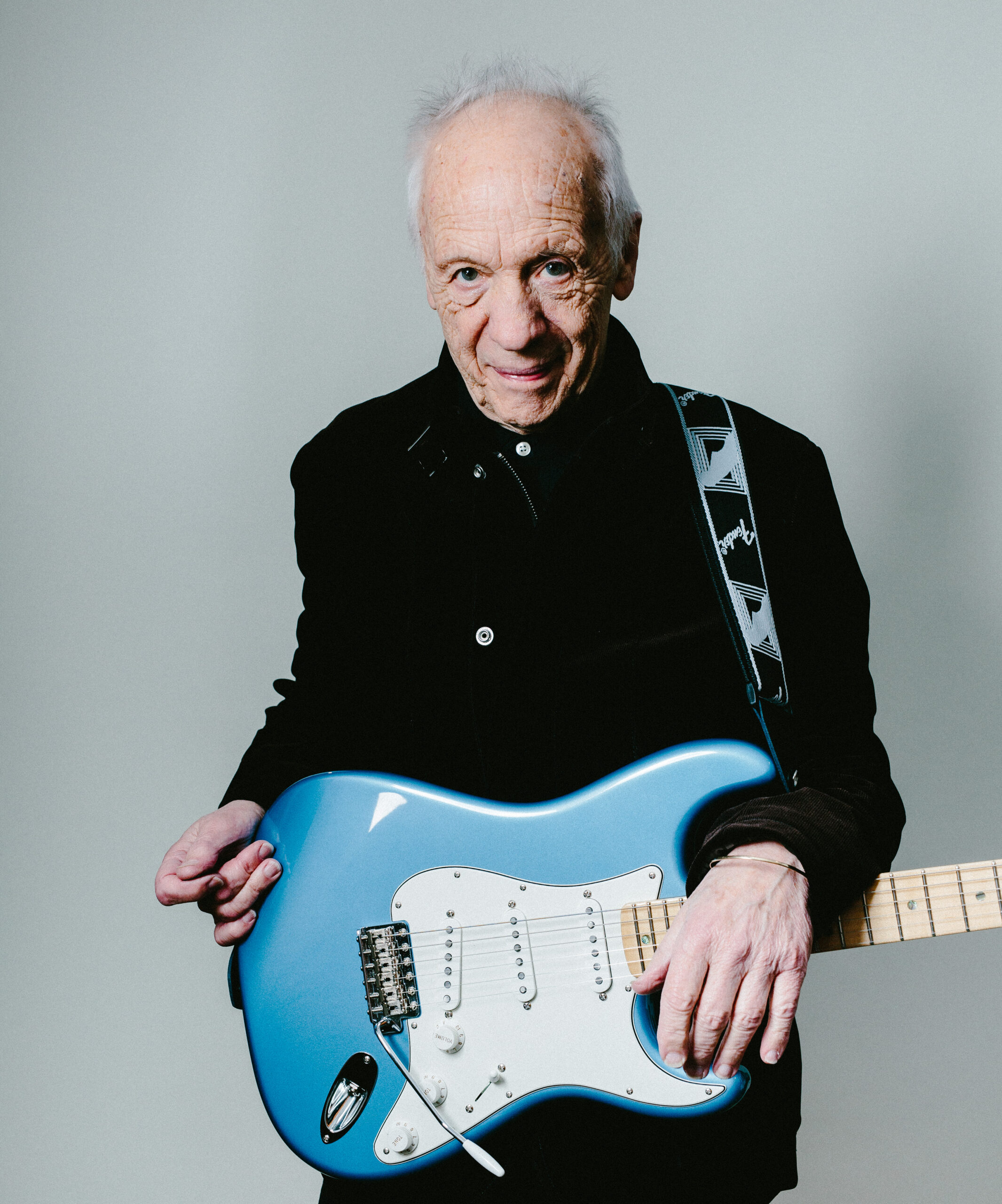