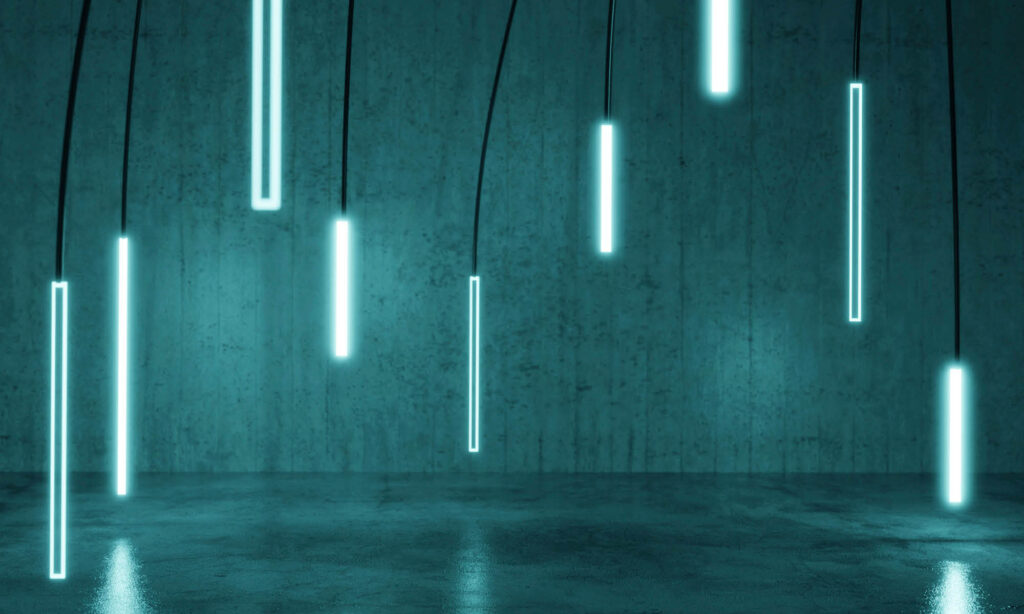 A legendary figure in rock music-Michael Schenker is one of the most gifted and influential guitarists of all time. His work with Scorpions, UFO and the Michael Schenker Group have made him a hero to millions of fans and inspired a generation of musicians, including Steve Harris of Iron Maiden, Kirk Hammett of Metallica, and Slash of Guns N' Roses. Nick Jennison sits down with the guitar icon ahead of the release of the new Michael Schenker Fest album, "Revelation," out September 20 through Nuclear Blast Records.

With Michael Schenker Fest, Michael Schenker has arguably created his most ambitious and unorthodox project to date. Featuring four singers with whom he has worked since 1979-Gary Barden, Graham Bonnet, Robin McAuley and Doogie White. The drive to create new music is based on the same ethos that has shaped Schenker's whole career, ever since he recorded his first album "Lonesome Crow" with the Scorpions in 1970.

"Pure self-expression," he says. "My music and especially my lead guitar playing has always been based on how I feel and see it. That's what I've done with UFO, with the Scorpions, with MSG, with everything I've done. There has to be meaning with a deep emotion behind every note. That's the beauty of pure music, and that's what my albums mean to me as well as "Revelation"- it all comes from the need of pure self-expression."

Certainly, emotions were running high during the making of "Revelation". On January 19, 2019, just a month before Ted McKenna was scheduled to record his drums he passed away at the age of 68. McKenna had first played for Schenker way back in 1982 on the Michael Schenker Group's album "Assault Attack", on which McKenna was reunited with another former member of The Sensational Alex Harvey Band, bassist Chris Glen. McKenna and Glen had also served as the rhythm section on the first Michael Schenker Fest album, "Resurrection", released by Nuclear Blast in 2018. "Ted was always a great drummer," Schenker says. "And he remained the same humble person that I first met back in the '80s. He was all heart. When Ted died, it was tough to come to terms with it. But deep down I knew that he would have said, 'Keep on rocking, Michael.' That was the only way I could move forward."

In the wake of this tragedy, the "Revelation" album was completed with two different fantastic drummers, both trusted friends of Schenker's. Simon Phillips had played on the Michael Schenker Group's self-titled debut album from 1980, and in a long and distinguished career has also worked with Jeff Beck, Mike Oldfield, The Who and Toto. The other drummer on "Revelation" is Bodo Schopf, who was a member of the McAuley Schenker Group, fronted by Robin McAuley, in the late '80s. "Simon and Bodo were happy to help us," Schenker says. "And they did a great job. Simon plays on ten songs and Bodo plays on three. And having guys I've known from the past, I feel there is a strong connection between us."

The same is true of every member of the Michael Schenker Fest team. Chris Glen first recorded with the Michael Schenker Group on the 1981 album MSG. Keyboard player Steve Mann is another veteran of the McAuley Schenker Group. Co-Producer Michael Voss has worked on all of Schenker's albums from 2011's Temple Of Rock, on which he acted as principal lead vocalist, through to "Resurrection "and "Revelation ". And of course, each of the four singers has his own place in Schenker's rich history. Gary Barden, the original frontman for the Michael Schenker Group, sang on that classic debut album, the follow-up "MSG" (1981), the live double "One Night At Budokan "(also 1981) and "Built To Destroy "(1983). As the voice of such landmark songs as "Armed And Ready ", "Cry For The Nations", "Lost Horizons", "Attack Of The Mad Axeman" and "Ready To Rock", Barden is described by Schenker as "the definitive MSG singer". Graham Bonnet appeared on just one MSG album, "Assault Attack", after singing for Rainbow on the brilliant 1979 album "Down To Earth ", featuring the hits "Since You Been Gone "and "All Night Long ", and having a solo smash with "Night Games "from the 1981 album "Line Up ". Robin McAuley enjoyed co-star billing in the McAuley Schenker Group on the albums "Perfect Timing "(1987), "Save Yourself "(1989) and "M.S.G."(1991). And Doogie White, like Bonnet, also sang for Rainbow, appearing on the 1995 album "Stranger In Us All", before he joined Michael Schenker's group Temple Of Rock, which featured two former Scorpions members in drummer Herman Rarebell and bassist Francis Buchholz. White was the sole lead vocalist on the Temple Of Rock albums "Bridge The Gap"(2013) and "Spirit On A Mission"(2015).

Michael Schenker Fest was born on stage. The first show, in 2016, featured Barden, Bonnet and McAuley performing songs from their respective eras with Schenker, backed by Glen, McKenna and Mann. As Schenker says, "It was the perfect time to get this together. If something is meant to be, you don't have to force anything. It just went so easy even though it's a complex undertaking, getting everyone together. And the fans loved it so much that I thought, how about Michael Schenker Fest in the studio?"

The concept was duly extended into "Resurrection", an album of brand new material, on which Doogie White was also enlisted. Each singer featured on individual tracks, but in two, "Warrior "and "The Last Supper ", all four traded lead vocals, and as Schenker recalls, "It was amazing to hear them all singing together." The album also featured a guest appearance from Metallica's Kirk Hammett, jamming with Michael on the track "Heart And Soul".

To create the music for "Revelation", Schenker shut himself off from the outside world. "I always write the same way," he explains. "When I was a teenager, I got rid of my record player so that I would never copy anything. I knew intuitively that creating from within was the only way, and as a result, it created a unique style. And this is how I keep that pure creativity. I don't practice. I call it to play and discover. It's a bit like treasure hunting. You look for gold and any moment you can find something. Lead guitar is always the focus - making sure that each note has meaning."

When he had the basic songs in place, co-producer Michael Voss worked on vocals, melodies and lyrics before each singer brought his own ideas to the table. "I'm the architect of the album," Schenker says. "I have a blueprint. I know what I want. But each person adds something that nobody else can bring to it. On the "Resurrection" album, Michael Voss wrote for Graham Bonnet, but this time Graham said, 'I want to write my melodies and lyrics!' - and I'm pleased he did that. His songs sound so majestic." Schenker says of the blueprint for "Revelation": "We had the "Resurrection" album as a reference, but this time I wanted more songs

with all the singers, and I had a big list of guests I wanted on the album." The latter idea had to be revised following the death of Ted McKenna. "Out of the sadness of Ted dying, Simon and Bodo came in and really lifted us all," he says. "But because we had our hands full trying to finish the album on deadline, we ended up with only one guest - which was Ronnie Romero." Chilean singer Romero is yet another vocalist who has performed with Rainbow - picked by legendary guitarist Ritchie Blackmore to front a new version of the band since 2016. "Michael Voss had previously worked with Ronnie and suggested him to sing as a guest on the song "We Are The Voice", that was going to have all four singers on it, but we gave it to Ronnie, and he was fantastic. It adds another dimension to the album."

"Revelation" was recorded in Germany and California and produced by Schenker and Voss. "Doogie and Gary were with us in Germany," Schenker says," and in Los Angeles, we had Robin and Graham and Simon Phillips. This is how you can do it if you need to, with people living all over the world but really, it's no different to when I was recording "Obsession" with UFO with the producer sitting in a mobile studio and the drummer being set up in a warehouse communicating via video screen. The most important thing is capturing the character of the musicians and the singers, their groove and personality. It's the chemistry of all musicians involved. All the energy I put into those different line-ups from the past, it's now combined into one band, all of that energy collected into the centre and makes the whole album very powerful."

Energy and emotion are words that Michael Schenker keeps coming back to, and those qualities run deep in "Revelation" , from the first song and single "Rock Steady ", an anthem lit up by those four great voices, all the way through to the finale "Ascension ", an archetypal Schenker instrumental in the tradition of his 1980 tour de force "Into The Arena ".

For Schenker, there is a powerful symbolism in this album's cover and title and also in the home he has found for Michael Schenker Fest at Nuclear Blast." I left Germany when I was 17 years old," he says, "because Germany was behind England and America in the development of rock music, and nobody understood what I was doing. The ironic part is I've gone full circle and ended up with a German record company. And it's a company devoted to rock music."

In his long and storied career, Michael Schenker has lived by his own rules. As he explains: "I have two tattoos on my back. One says: 'Born to overcome.' The other says: 'Born to be free.'" These beliefs, Schenker says, are at the heart of "Revelation "- an album created out of tragedy, and true to his vision of pure self-expression. "I understand more of who I am today and why life had to happen the way it has," he says. "When I started off as a kid, I was just having fun playing guitar. Not chasing anything, not competing with anyone. I always wanted fulfilment over fame. For me, it was all about being myself. It was about pure joy in playing guitar... and after all these years, it still is." 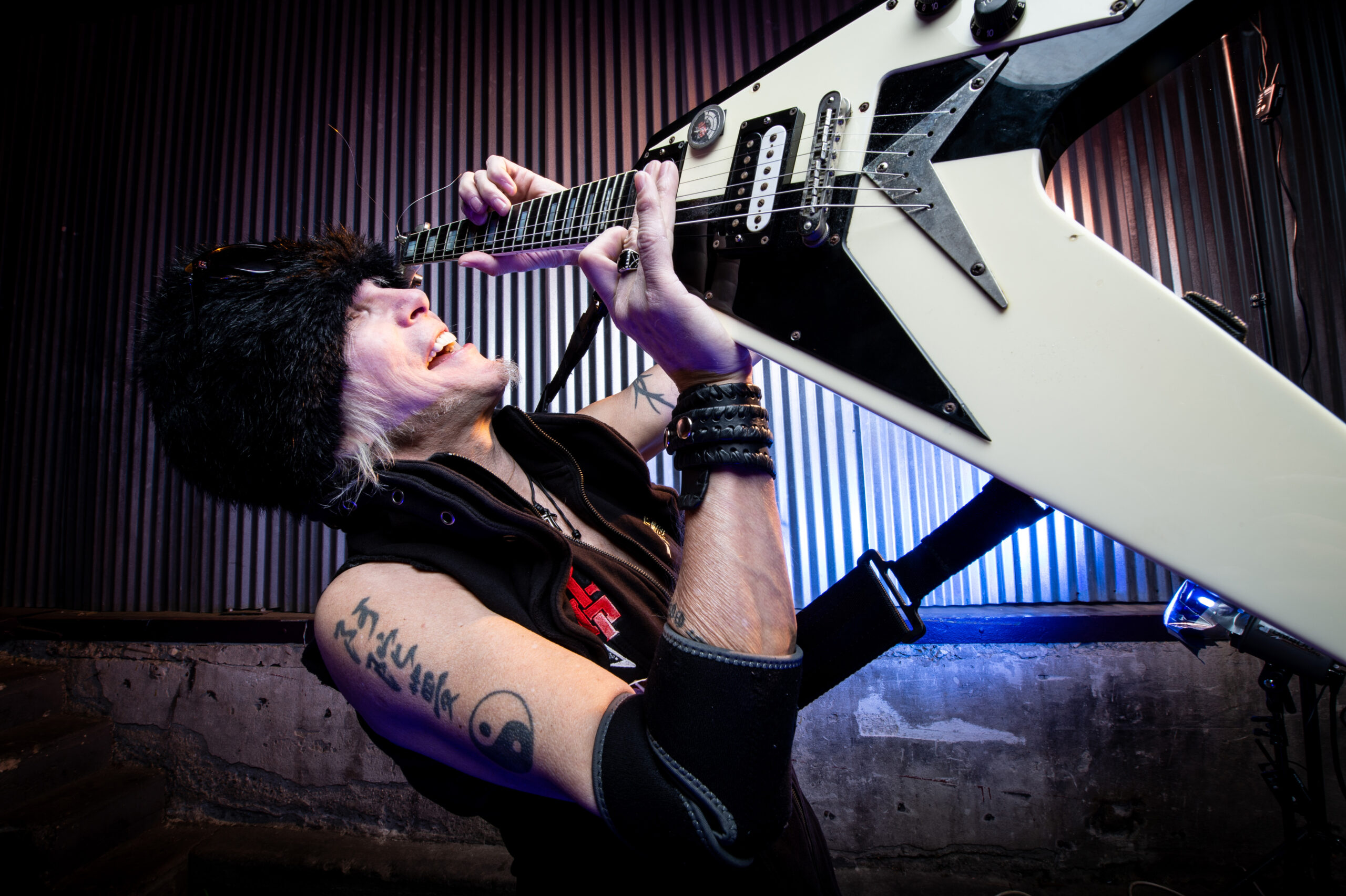 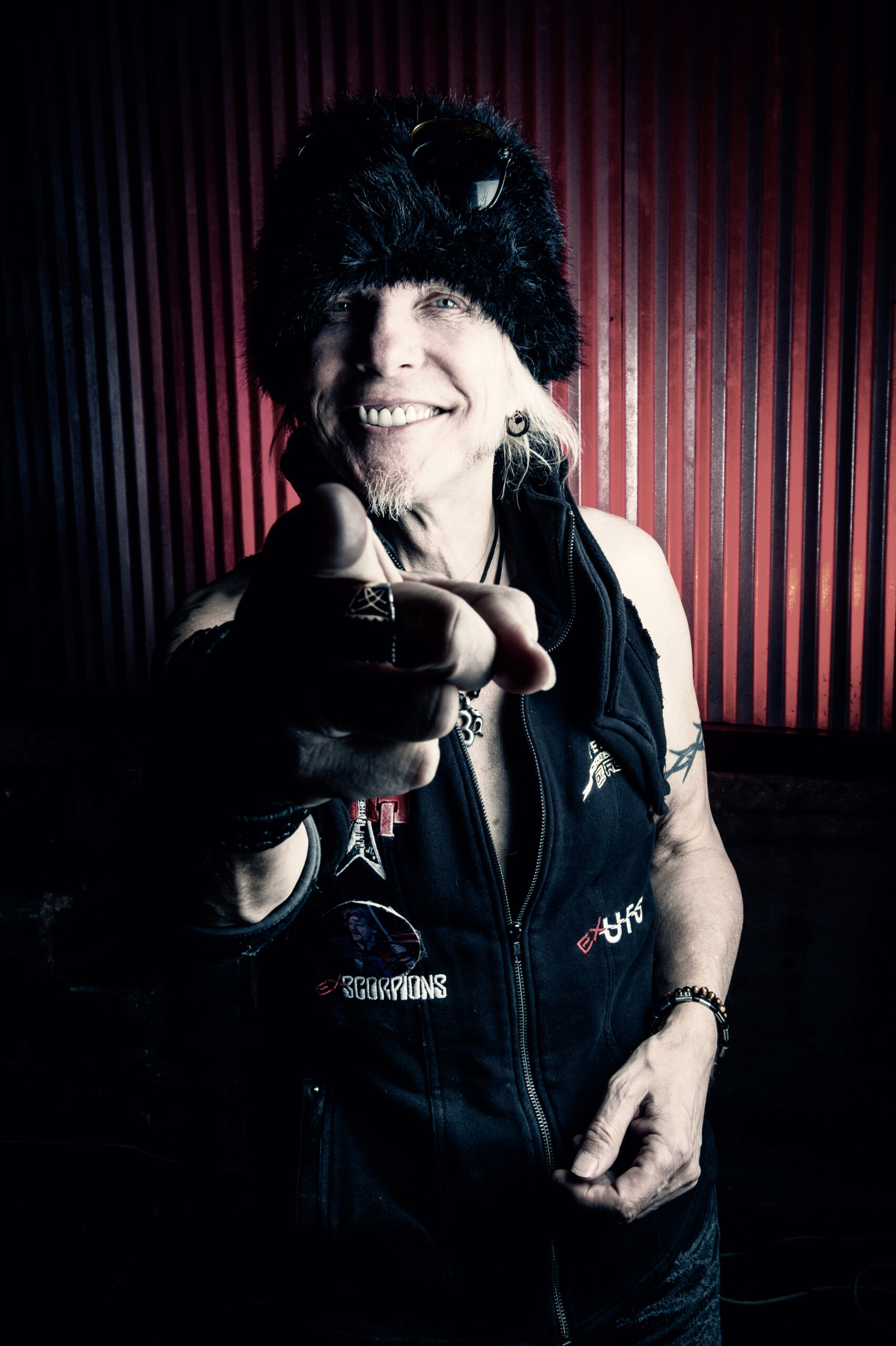 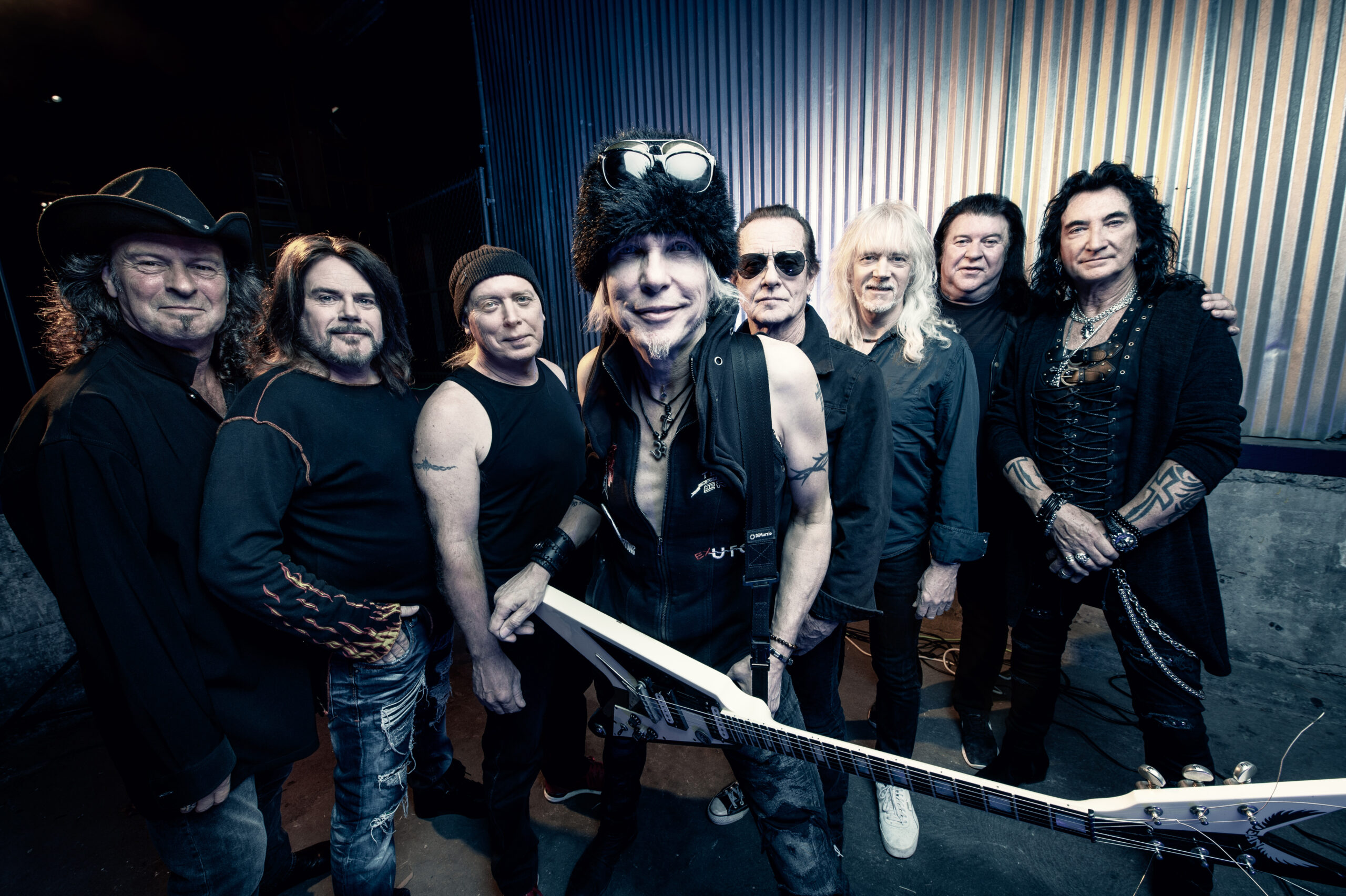 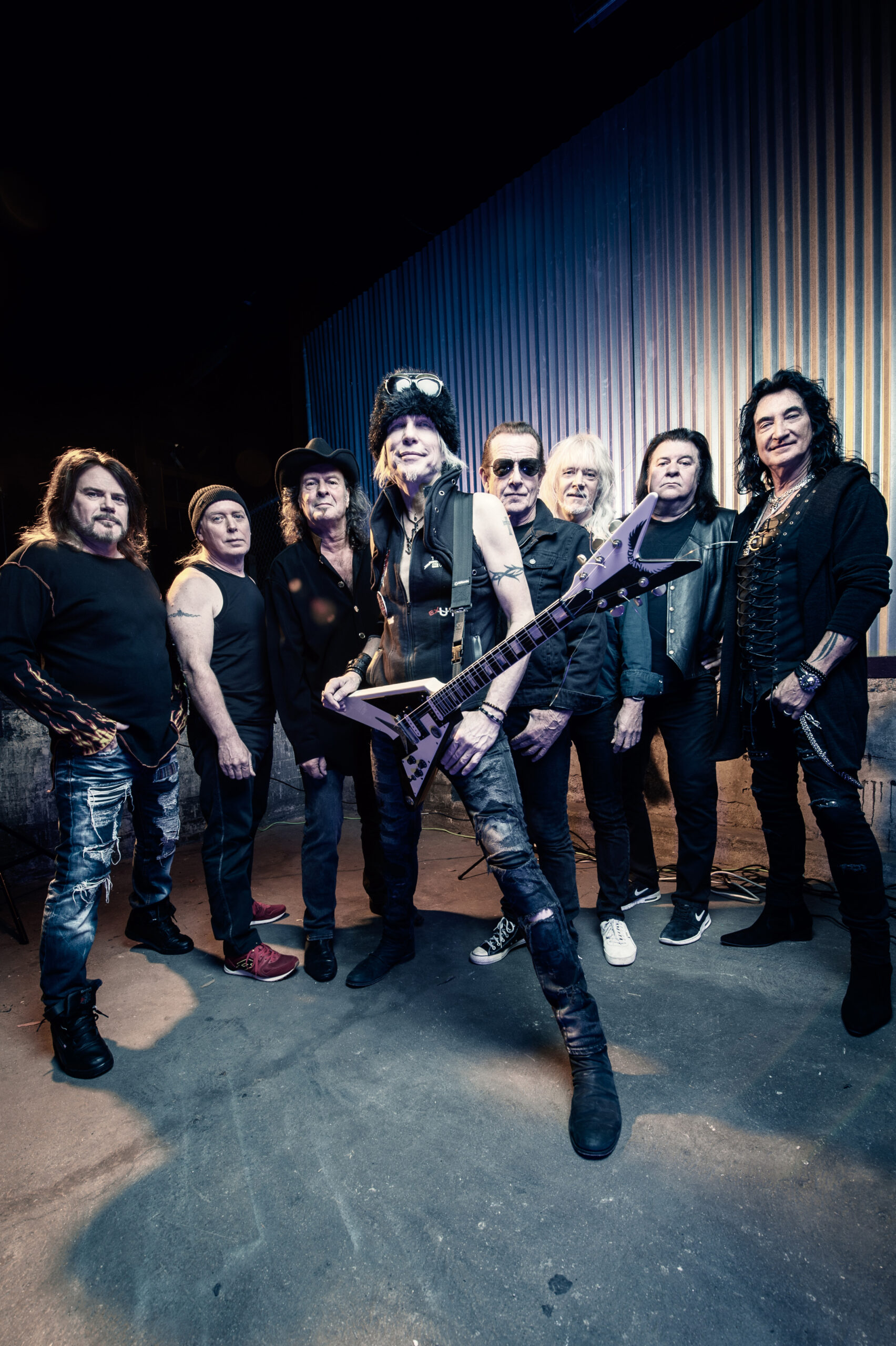 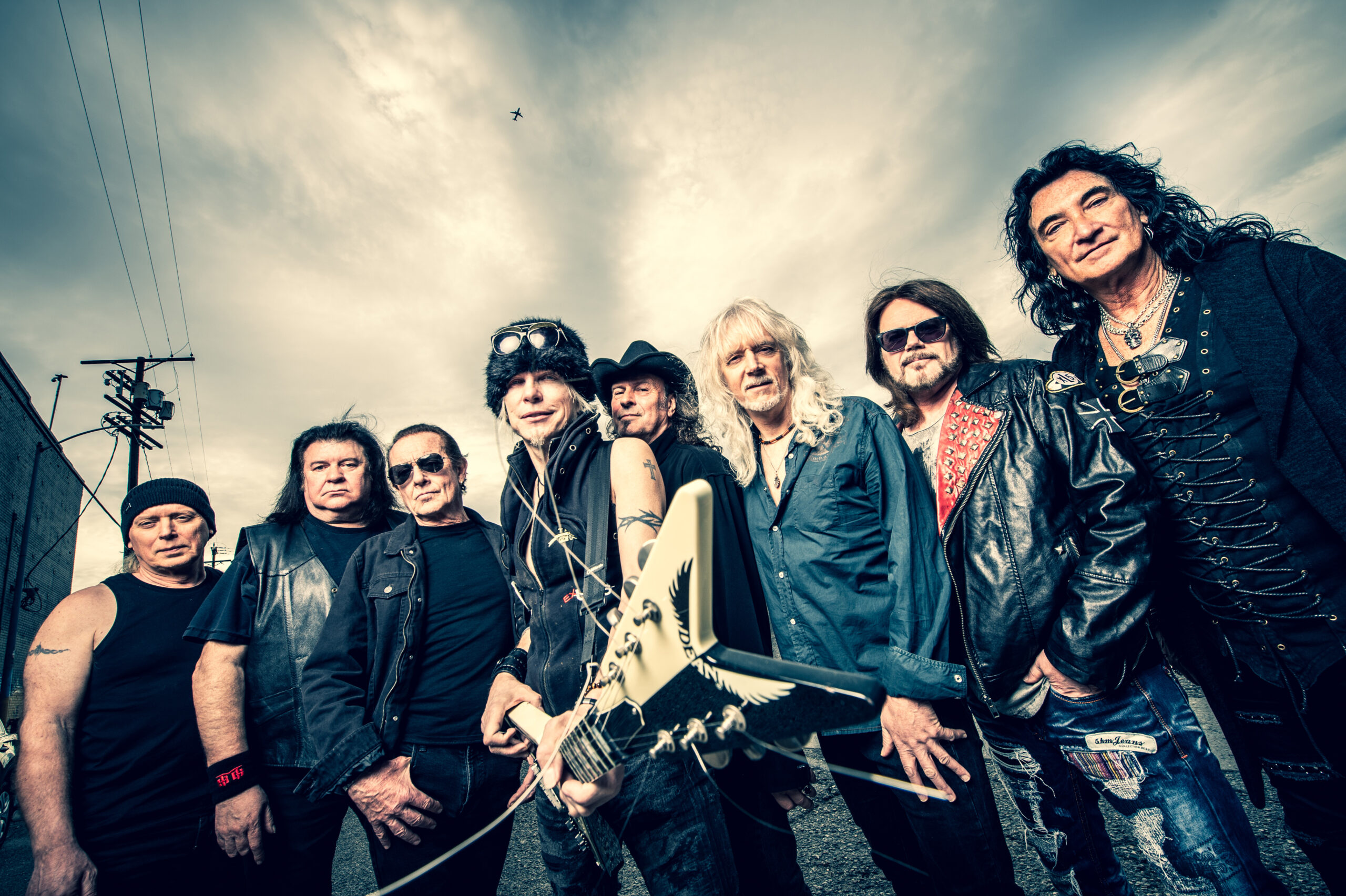 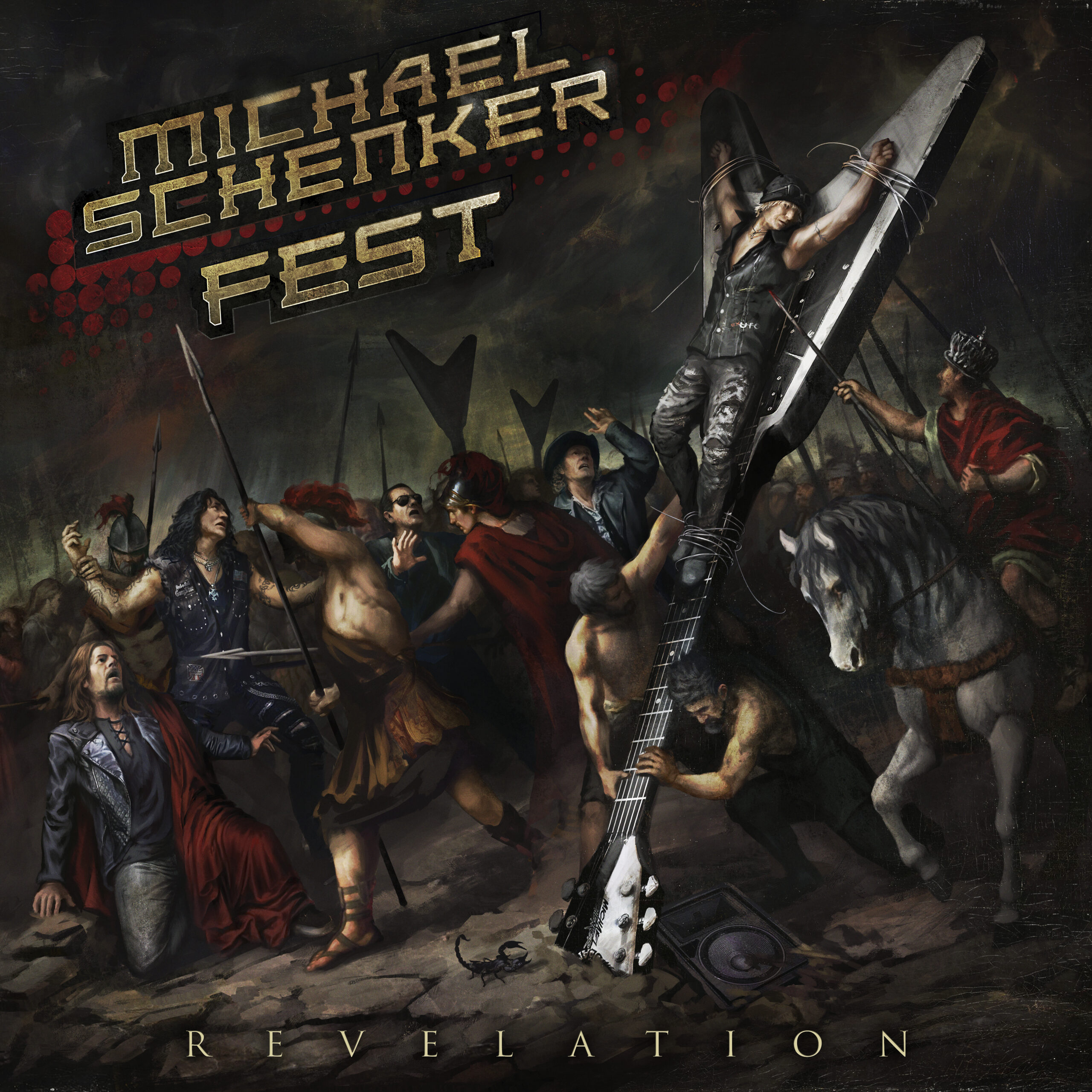