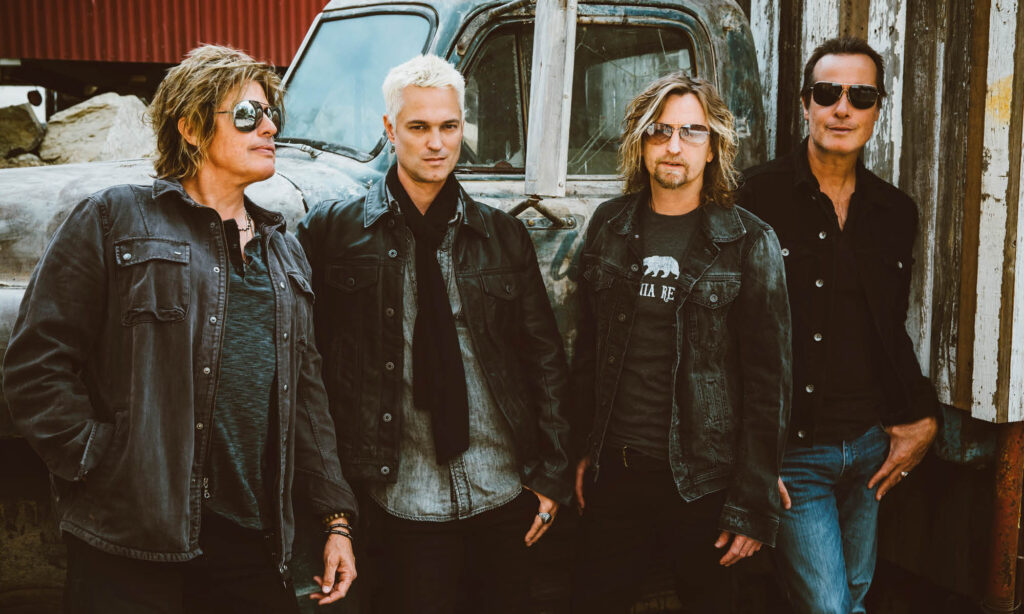 Following the release of a new self-titled studio album in 2018 (the band's seventh album and first with new lead singer Jeff Gutt), Stone Temple Pilots were back on UK shores for the 2019 edition of the Download Festival and Guitar Interactive Magazine was on hand to catch up with STP's founding member and guitarist Dean DeLeo.

With a career spanning almost three decades, filled with massive success, innovation, breakups, reunions, and tragically, the passing of band members Stone Temple Pilots have not had the easiest of times. However, with the release of their debut album 'Core' in 1992, STP did immediately achieve what all bands crave: a devoted fan base for life, and nowhere is that more evident than at a live show. The San Diego-based four-piece captured the zeitgeist at the apex of the so-called "grunge" era but quickly distinguished themselves as a band beholden to no trend. Boasting the inimitable riffs of guitarist Dean DeLeo, the propulsive rhythm section of bassist Robert DeLeo and drummer Eric Kretz, and the charismatic baritone of frontman Scott Weiland, STP dominated airwaves, video playlists and the charts alike.

While diversifying their sound to incorporate elements of psychedelia and introspective acoustic rock on their highly anticipated follow-up, 1994's 'Purple,' the band continued to command an enormous fan base. Debuting at number one on the Billboard charts and holding that position for three weeks, the record went platinum six times over in America on the strength of "Vasoline" and "Interstate Love Song" (both of which hit number one on the Mainstream Rock Tracks chart), and "Big Empty," a sweeping, melancholy epic that originally appeared on the popular original soundtrack to 'The Crow.'

It was on 1996's infectious 'Tiny Music Songs From the Vatican Gift Shop' that Stone Temple Pilots truly embraced that fearless, experimental streak that persists to this day. Blending new wave and glam explorations with a spirited Beatles influence, the band kept their multi-platinum streak alive while further expanding their audience. "Big Bang Baby," "Lady Picture Show" and "Trippin' on a Hole in a Paper Heart" all reached number one on the Billboard Album Rock Tracks chart, adding ammunition to STP's already formidable live arsenal.

Three years later, the muscular 'No. 4' nodded to STP's early days, delivering throwback aggression on leadoff single "Down." 'Yet, the brooding ballad "Sour Girl" wound up one of the band's biggest hits, appearing in the Billboard Hot 100 (an unprecedented crossover accomplishment) and featuring a memorable video with film star Sarah Michelle Gellar. Unpredictability continued to reign on 2001's 'Shangri-La Dee Da,' a fertile batch of psychedelic pop and hard rock, and-following a six-year hiatus-STP's critically lauded self-titled comeback album in 2010, which peaked at #2 on Billboard.

After Weiland's departure in 2013, the band enlisted Linkin Park's Chester Bennington as frontman. The lifelong STP fan promptly injected an adrenaline rush into his favourite band, conjuring their past while fortifying their bold individuality on the five-track, self-released High Rise EP. This exciting new lineup, combining two titanic forces of modern rock, planned to build on a proud legacy, with original music and tours on the horizon.

However, by 2015 it became evident that Chester was not able to keep up the challenging pace of fronting two significant bands, so the band and Chester amicably parted ways and STP set about a global search to find a new vocalist.

Sadly, in the midst of this, on December 3rd 2015, Scott Weiland passed away. Hit hard by the passing of their bandmate and brother, the remaining members of STP vowed to continue on the legacy of STP and in September (currently says July online) of 2017 released the 25th-anniversary deluxe edition of their classic debut album 'Core.'

On November 14th 2017, after more than a year-and-a-half of auditioning, STP announced that Jeff Gutt had been chosen as their new lead singer. With Gutt at the helm, the band released their second self-titled album on March 16th 2018. The album was followed by the successful Revolution 3 Tour in the summer of 2018 alongside Bush and The Cult. Building upon their newfound chemistry with Gutt, STP will continue touring, recording, and evolving musically as they approach three decades of rock and roll dominance.

Speaking about the new self-titled record, DeLeo states; "We are thrilled about what lies ahead," He added, "The best way for us to honour our past is to keep making new music."

Stone Temple Pilots are continuing to tour in support of their self-titled release, the band's first with singer Jeff Gutt as they embark on a co-headline a North American tour this fall with Calafornia hard rock outfit Rival Sons. The 12-city U.S. tour will kick off in Baltimore on September 13th, with stops in Philadelphia, New York City, New Orleans and more, before wrapping up in Stone Temple Pilots' hometown of San Diego on October 9th.

Regarding the STP/Rival Sons tour, Dean DeLeo says, "We are excited about this tour and grateful to share these upcoming shows with Rival Sons. A great band! They don't make them like this anymore. Looking forward to seeing all of you." Meanwhile, Rival Sons' Scott Holiday adds, "We're delighted to share the stage with the DeLeo brothers and STP. Not to mention performing together in some really great venues. These guys wrote some of the soundtrack to my childhood and it'll be killer to watch and listen to 'em hit these gems every night." 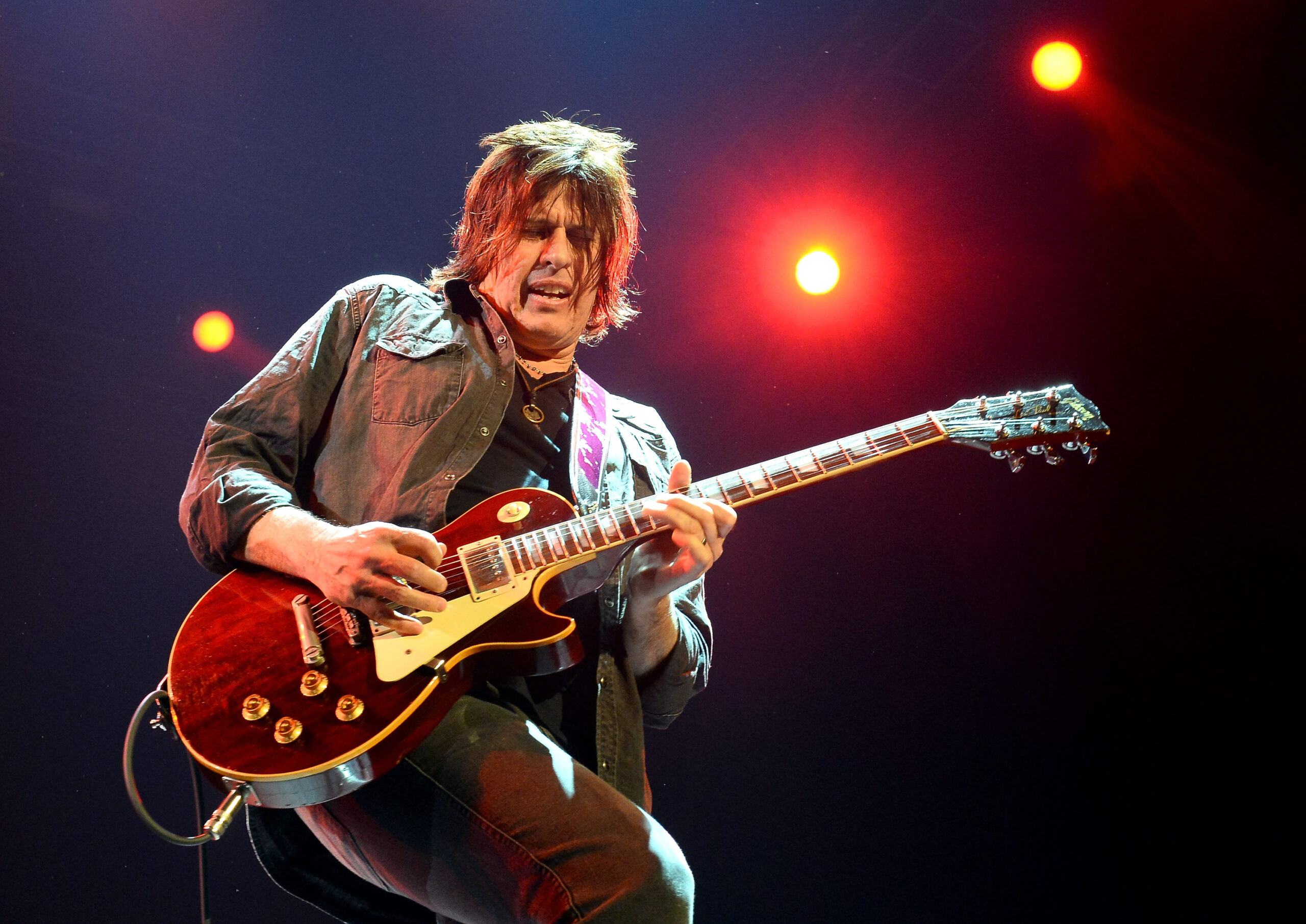 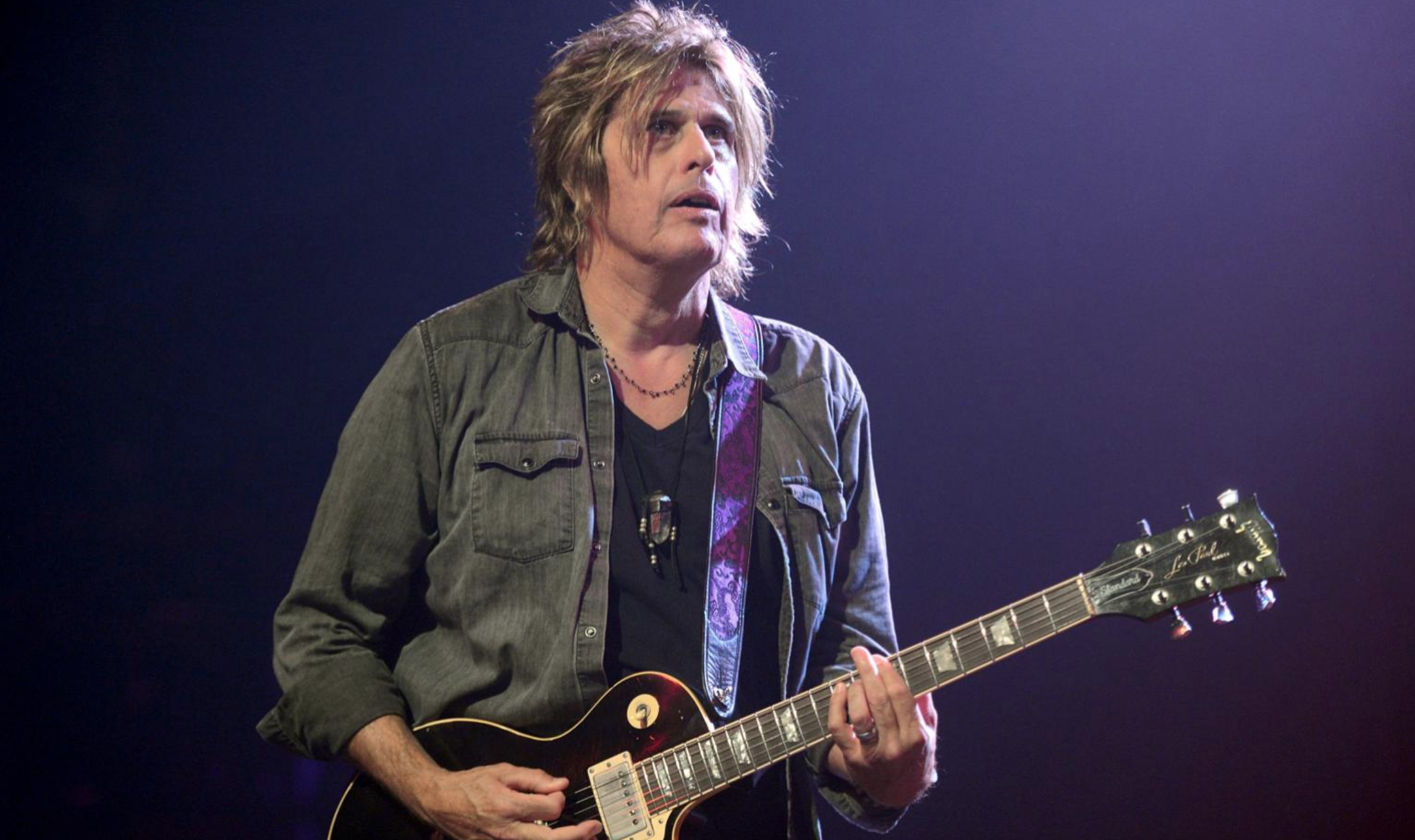 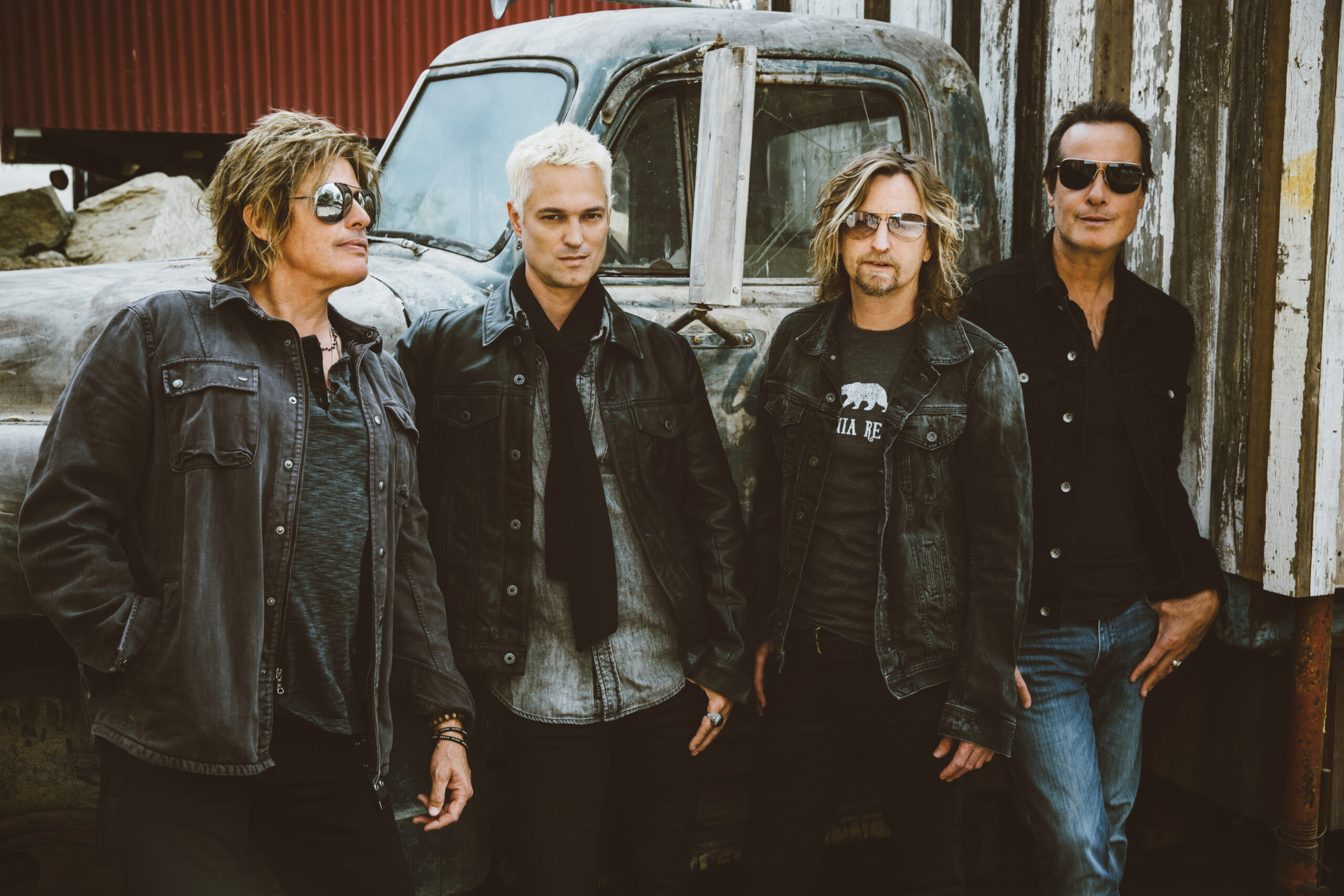 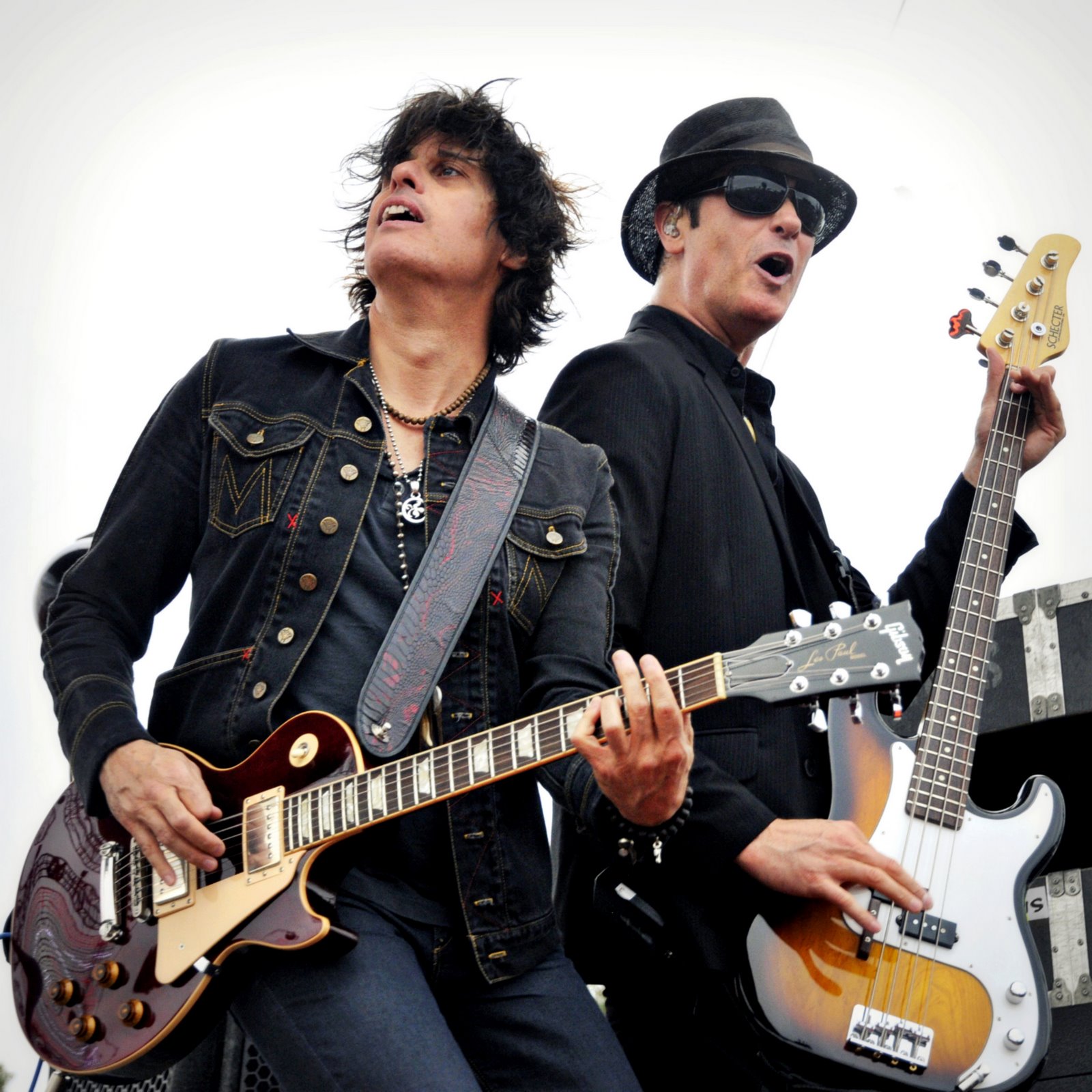 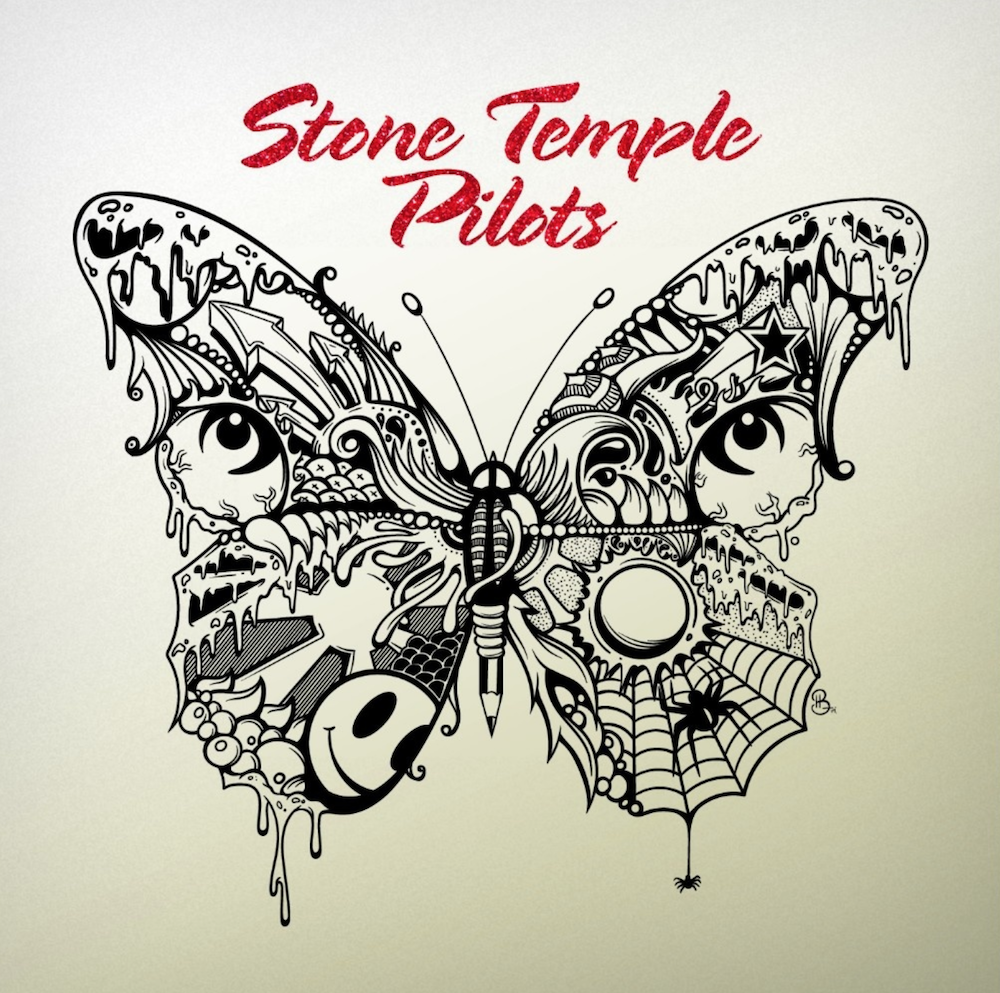