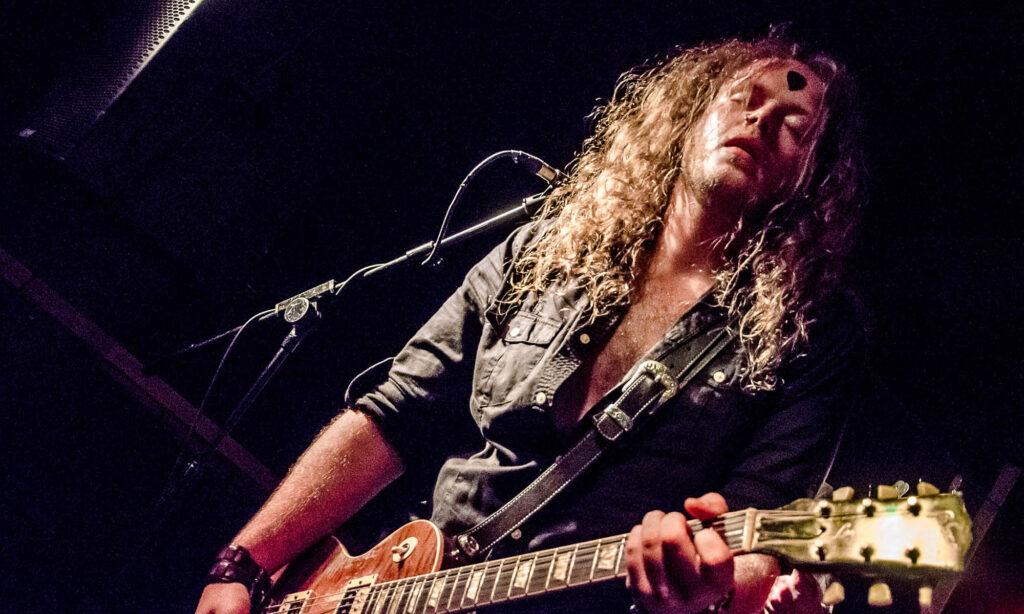 Following in the footsteps of The Darkness, KT Tunstall and Arctic Monkeys, the band recorded their first EP at Leeders Farm Studio in 2012, which sparked a wave of new opportunities for the band, including the chance to perform in venues across the UK.

An unassuming college in Norfolk was where it all began for rock five-piece Bad Touch. Following in the footsteps of The Darkness, KT Tunstall and Arctic Monkeys, the band recorded their first EP at Leeders Farm Studio in 2012, which sparked a wave of new opportunities for the band, including the chance to perform in venues across the UK. Building a reputation as an outstanding live band, they soon earned themselves an Exposure Music Award, and received spots on the UK festival circuit with appearances at Download, Hard Rock Hell and Steelhouse which would bring them to a whole new audience.

In 2015, the band recorded their debut album 'Half Way Home' with the follow-up 'Truth Be Told' coming a year later to positive reviews for fans and critics alike. The new release, 'Shake A Leg' was recorded at Orange Tree Studios in Norfolk and engineered, produced and mixed by Andy Hodgson.

Featuring writing input from all five members of the band, the album is said to take a more personal and ambitious approach in songwriting and production due to the band's choice to write more spontaneously within the studio itself resulting in more emotional "in-the-moment" performances.

With songwriting in mind, we spoke with Bad Touch's rhythm guitarist, founding member and songwriter; Daniel Seeks' Seekings to get some insight into his approach to writing great songs.
What first inspired you to learn to play a guitar / write a song?
Hearing Appetite For Destruction for the first time! That album totally blew me away, made me instantly wanna pick up a guitar and with that made me want to write my own songs.
When you compose a song, how important do you think it is to write for an intended audience?
I guess I don't think like that. I tend to write whatever is on my mind at the time and then once it's written, I might tailor the song for an audience within a live show. Interacting with the audience at a show is a massive part of our live performance.

What was your favourite moment during the writing and recording of Shake A Leg'?
Ahh, I loved the whole experience. I really enjoyed being in the studio as there are no boundaries, but I think for me personally, playing around with loads of incredible guitars and classic and boutique amps. Another great moment was hearing the final mixes together for the first time.
Have you ever studied songwriting formally?
No, I haven't. The way I learned about songwriting was just from life experiences, and the more you do, the more you learn about it.
What's the worst advice you ever received regarding songwriting?
I don't know. However, I would say to anyone wanting to write songs, write whatever comes naturally.
How do you know when your song is done and time to stop revising it?
I guess for us it's when everyone in the band is happy with it. I think we've got to a point where we work well like that because at times you definitely can overdo it and add stuff that is not needed just because you can.
Could you us about your favourite piece of gear right now?
My favourite bit of gear has to be my main guitar, I love it and it's been by my side for the last ten years.
What's your musical guilty pleasure?
Oooo I don't know, I love so many different types of music. Just the other day I was listening to "Devil Woman" by Cliff Richard which is a great song, then I was listening to Lynyrd Skynyrd, Miles Kane and Chris Stapleton... So it's pretty diverse.
Strangest place where you have written a song?
Well could be anyway really. If something clicks in my head I just write it down. As a band, we do a lot it the studio, and we come up with a lot of ideas when we're on the road.
For your upcoming UK tour, how do you like to get prepared/warmed up for each show?
For a show I rarely do much. I try to eat well on the road and look after myself but other than that, I just can't wait to hit the stage. 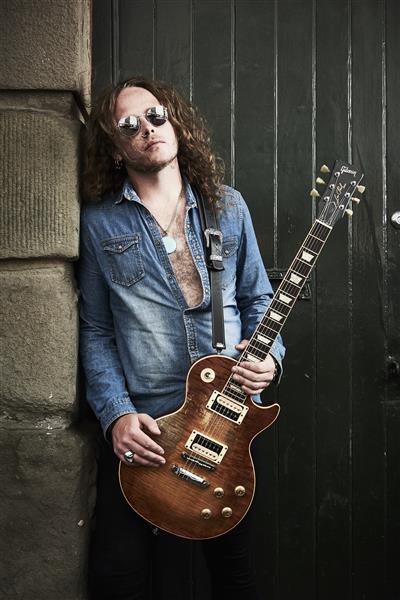 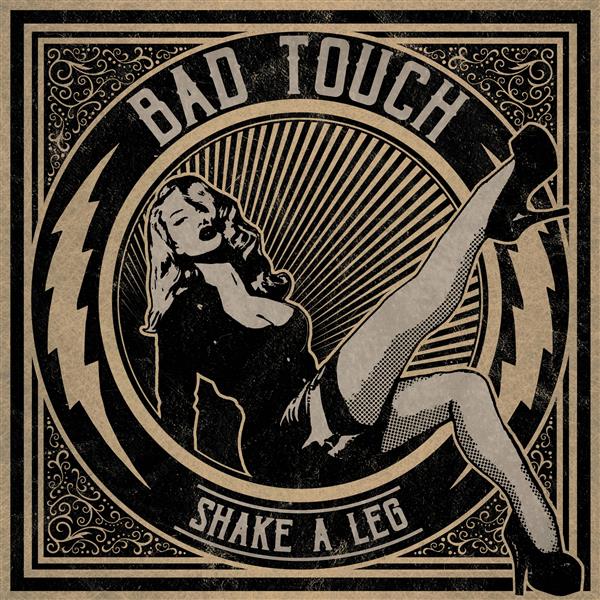 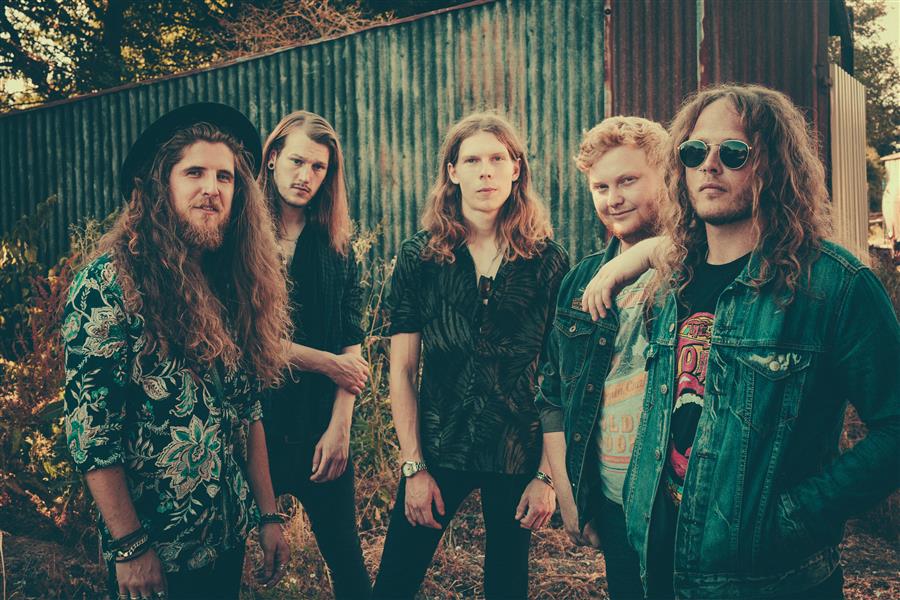 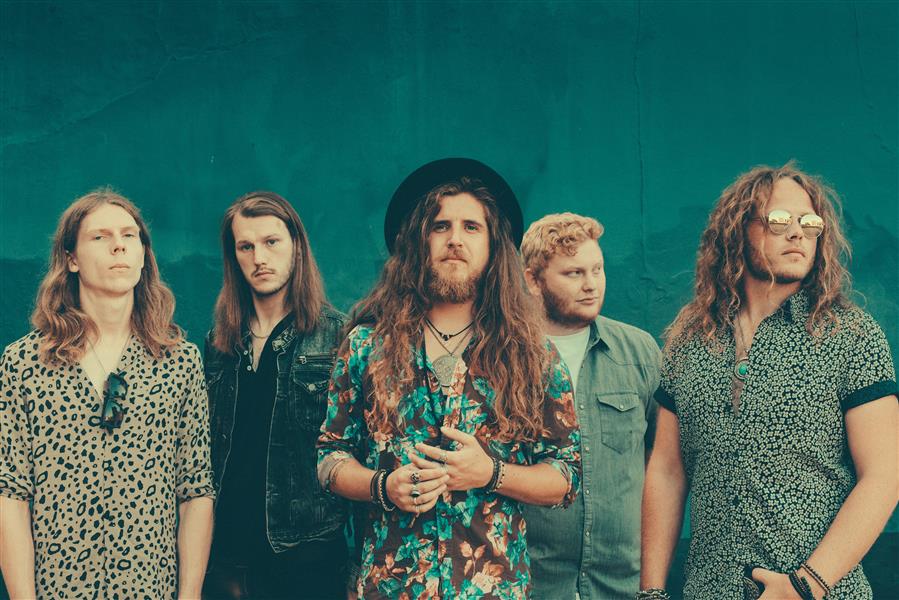