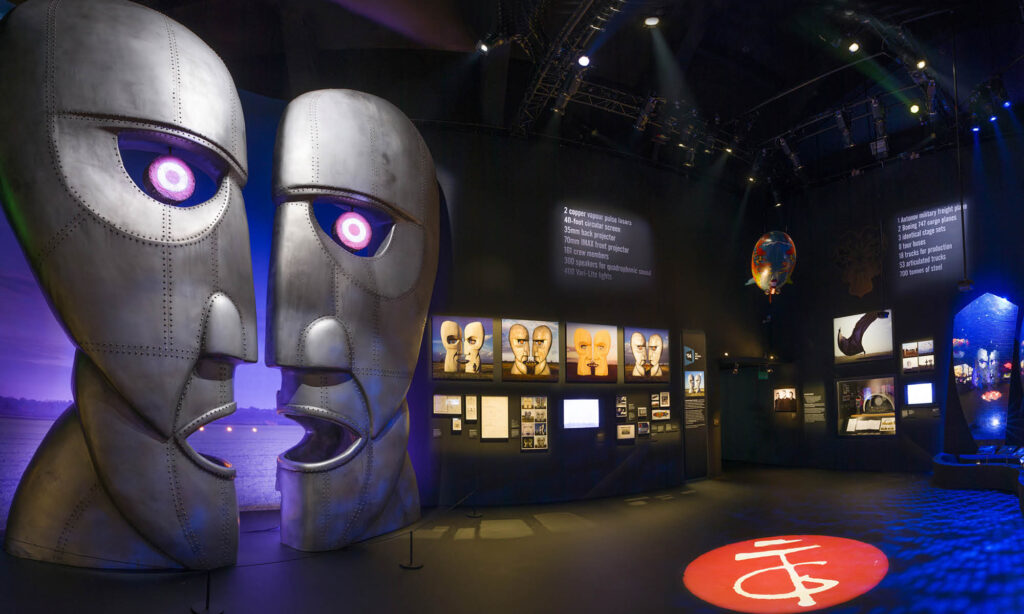 Which One's Pink?London's Victoria and Albert Museum is no stranger when it comes to ambitious, immersive, and thoroughly thought-provoking exhibitions. From 2013's 'David Bowie Is' to 'Records and Rebels 1966-1970' earlier this year, the V&A has quickly become the world's leading museum for not to be missed exhibits, and with their latest, they have hit another home run. Guitar Interactive Magazine visits 'The Pink Floyd Exhibition: Their Mortal Remains.'

Conceived by the late, Storm Thorgerson and brought to life by his Hipgnosis creative partner Aubrey Po' Powell, the exhibition begins with a look at the band's early years gigging in London's underground music venues and tracking their journey from 'Piper at the Gates of Dawn' to 'Ummagumma.' Pink Floyd's Psychedeliccounter-culture roots are on full display in this section with billboards for the UFO Club showcased next to gig posters and articles on experimental happenings' emerging in 1960s London.

As he should, Syd Barrett has a presence through this slightly warped look at Pink Floyd's inception. However, just as in real life it is only fleeting, as 1969's 'Ummagumma' ushered in a new era for the group's lineup, as well as a shift in their sound to what we would describe today as "progressive."

A significant portion of the exhibit is dedicated to 'The Dark Side of the Moon.' Some would say it is the band's finest hour; its achievement is mirrored in the ingenious refracting prism design that Storm and Hipgnosis dreamed up for the album's cover that has now sold around 45 million copies sold to date.

Their Mortal Remains not only celebrates Pink Floyd's experimental approach to visuals but also highlights the band's innovative use of new musical technology.Â  A Mini Moog synthesiser owned by Richard Wright is on display alongside hand-painted drums and another 50 instruments are on show in this area of the exhibit, including David Gilmour's famous pre-CBS Fender Stratocaster, commonly referred to as "the Black Strat." Gilmour first performed with it at the Bath Festival in June 1970, and it quickly became his main guitar appearing on landmark albums 'The Dark Side of the Moon' (1973), 'Wish You Were Here' (1975), and the 'The Wall' (1979) to name a few.

Many of Roger Waters' own iconic drawings are on display in the exhibition, as well as sunning concept paintings and models from the band's touring history. However, there are also a few pieces specially created for Their Mortal Remains by exhibition designers Stufish, including a nine-metre high model of Battersea Power Station complete with a pink pig suspended between the world-famous chimneys. A reference to the cover design for 'Animals.'

Other standouts from the exhibition include the six-meter tall models created by Storm Thorgerson's for Pink Floyd's 1994 album 'The Division Bell.' Inspired by the idea of communication, the classic image of the pair of metal heads facing each other as if engaged in conversation was originally shot in a field in Ely but recreated in the V&A with significant effect. As well as, a model of the curved stage devised by lighting designer Marc Brickman for the band's final world tour.

The exhibit concludes with a 360-degree projected experience of the band performing "Comfortably Numb" at Live 8 (their last performance on stage together) in 2005. A suitably perfect ending to a spectacular show that looks more than set to be another huge hit for the Victoria & Albert Museum.Â  The exhibition is a must for both fans of Pink Floyd and anyone with interest in their influence on visual culture from the 1960s to present day.
Pink Floyd: Their Mortal Remains is on now until Sunday, 15 October 2017. For more information, please visit: https://www.vam.ac.uk/exhibitions/pink-floyd 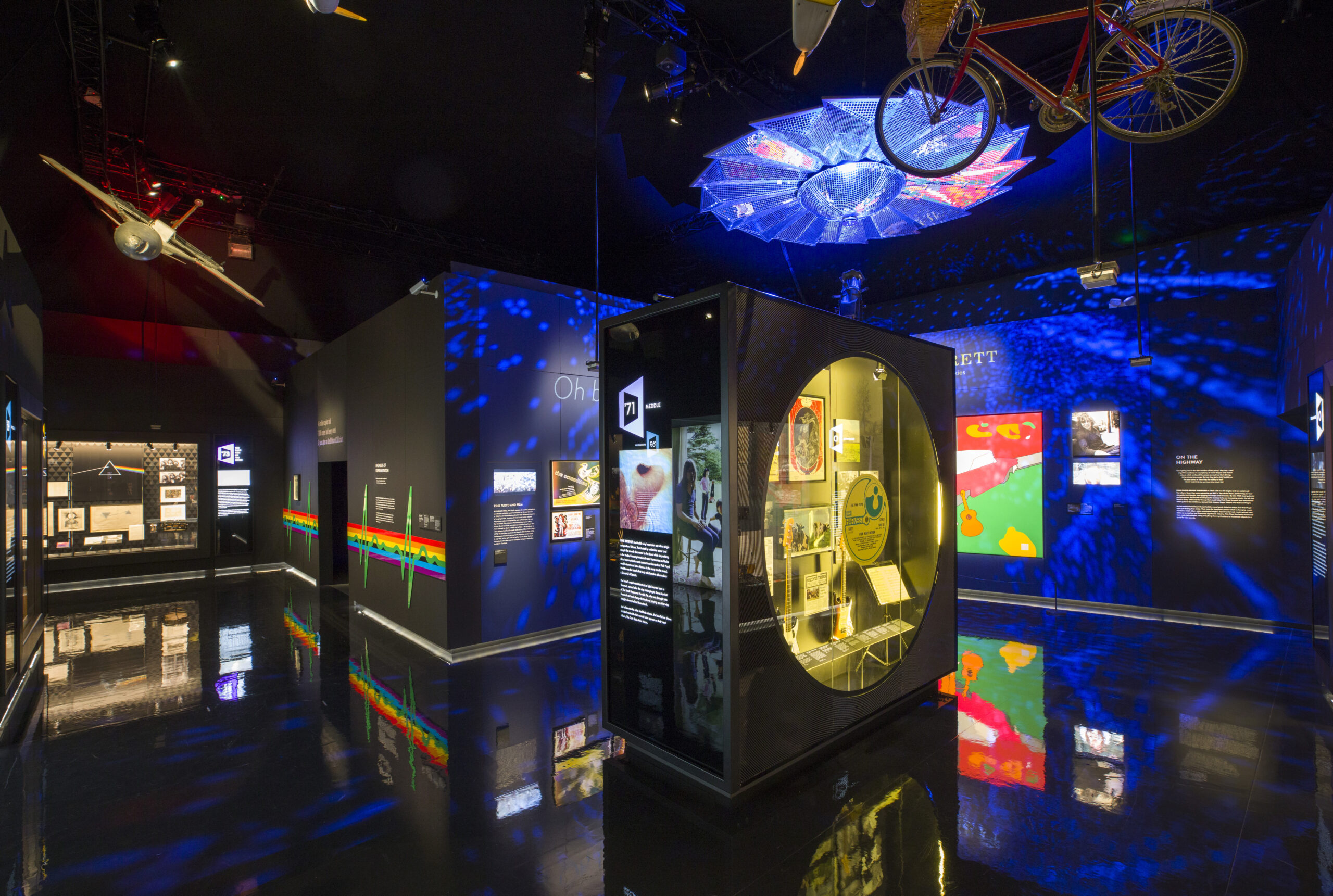 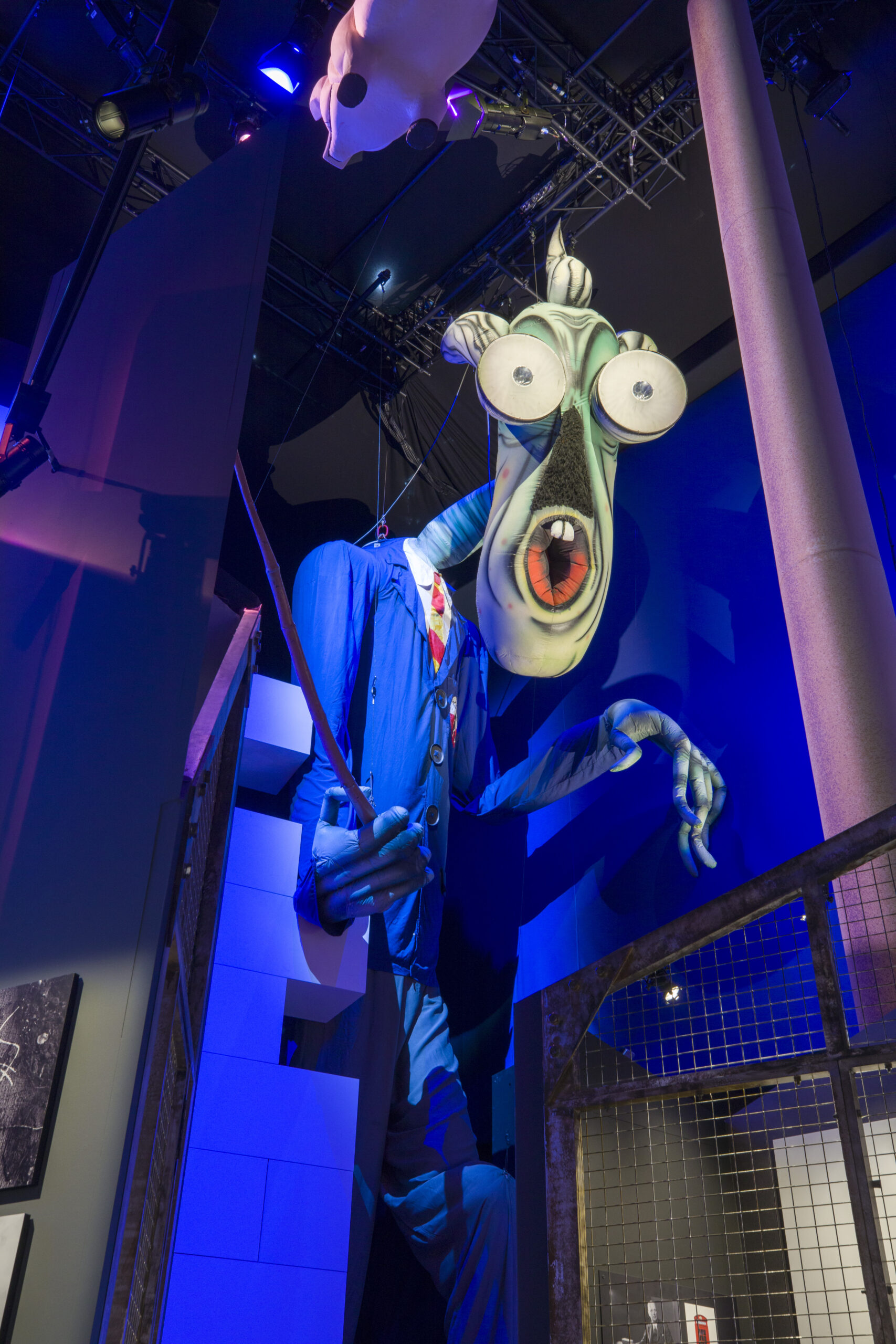 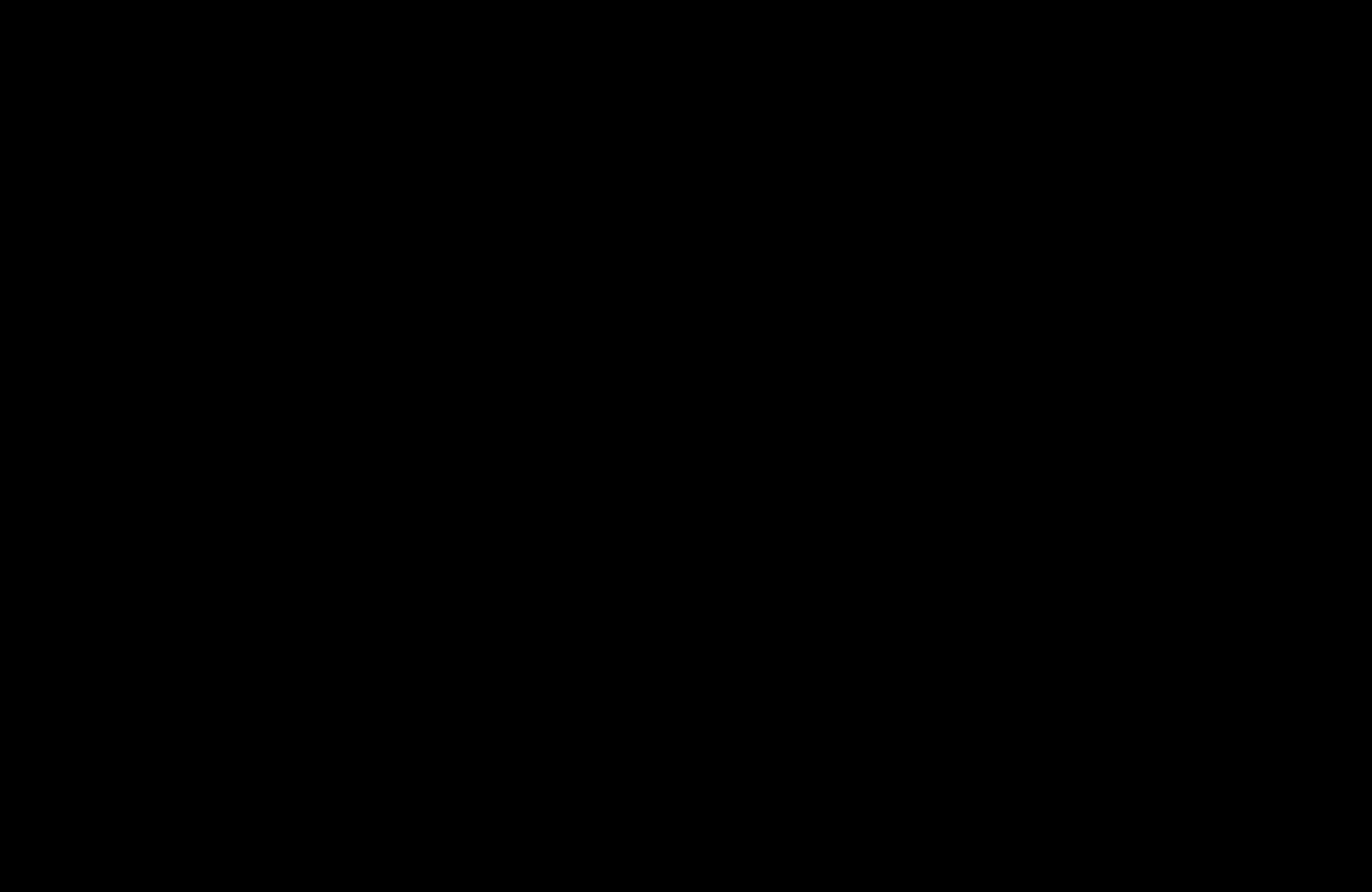 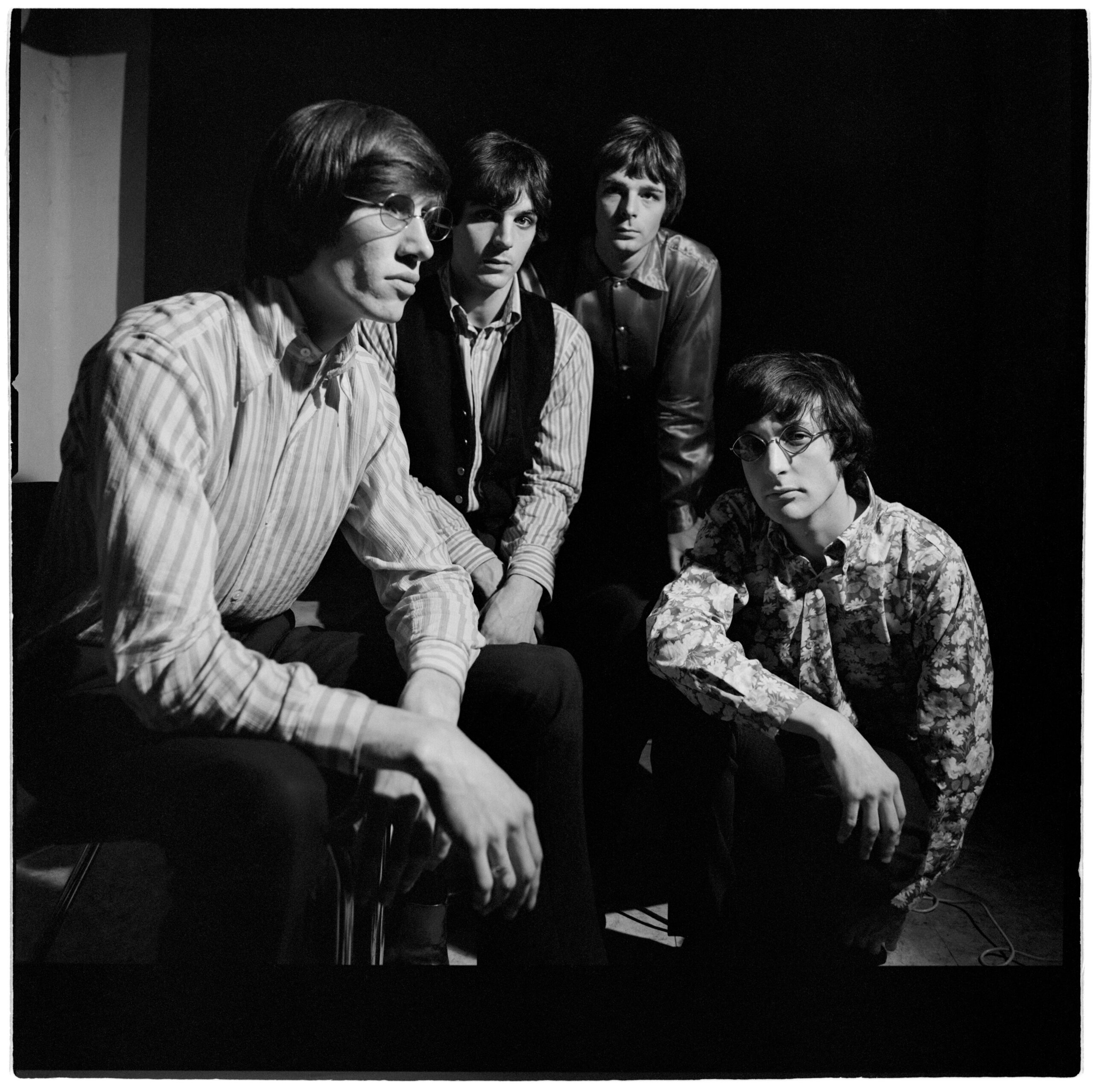 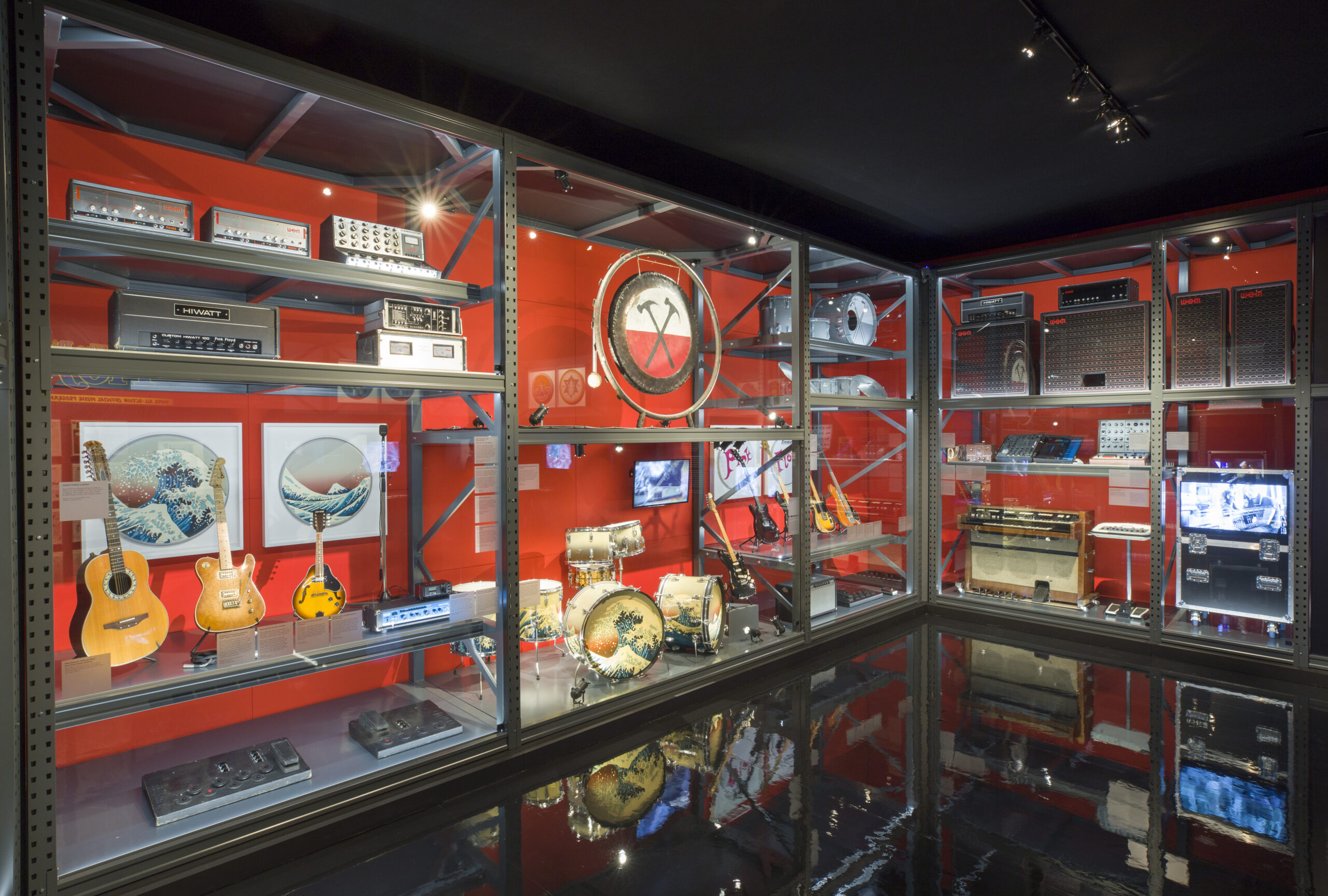 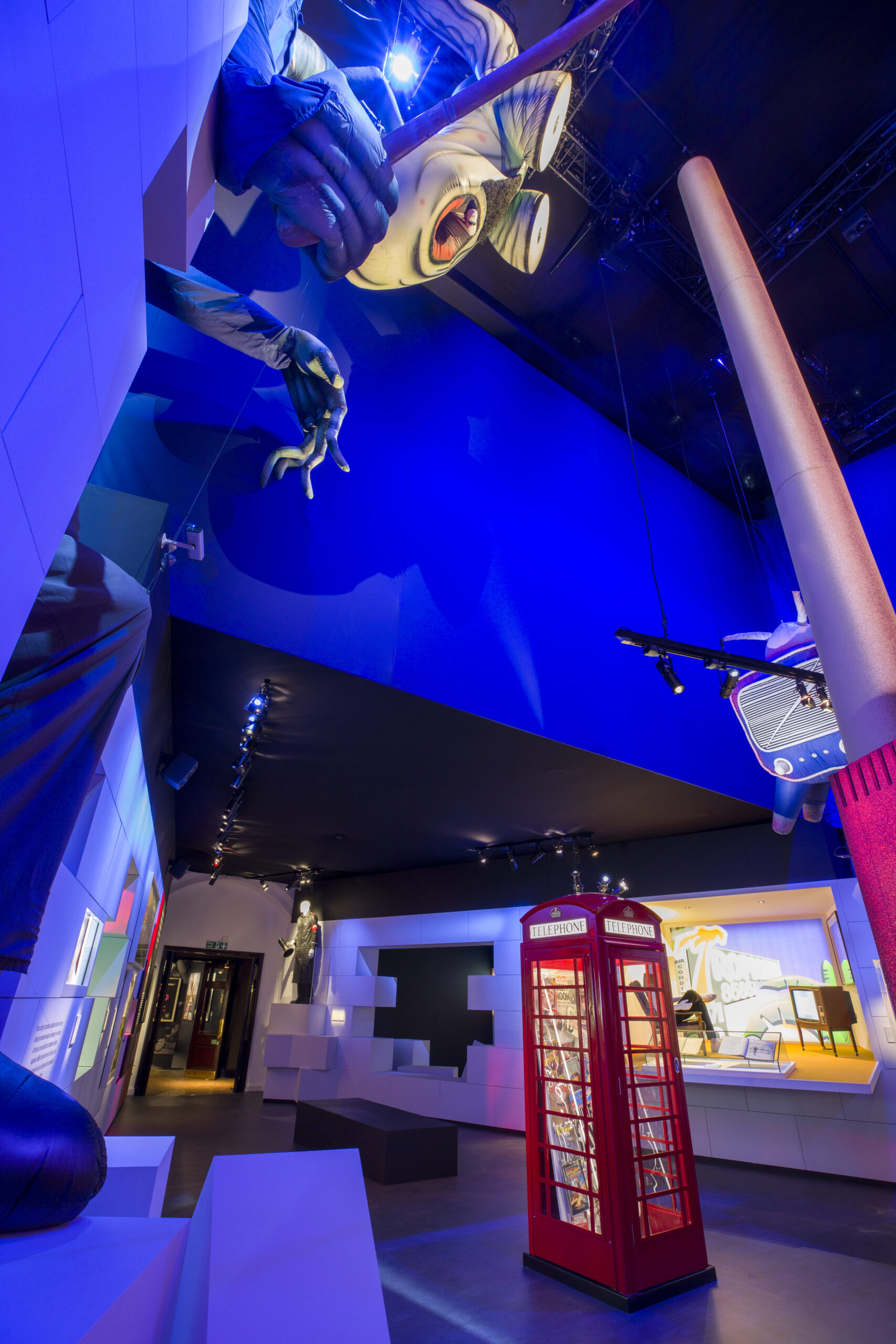 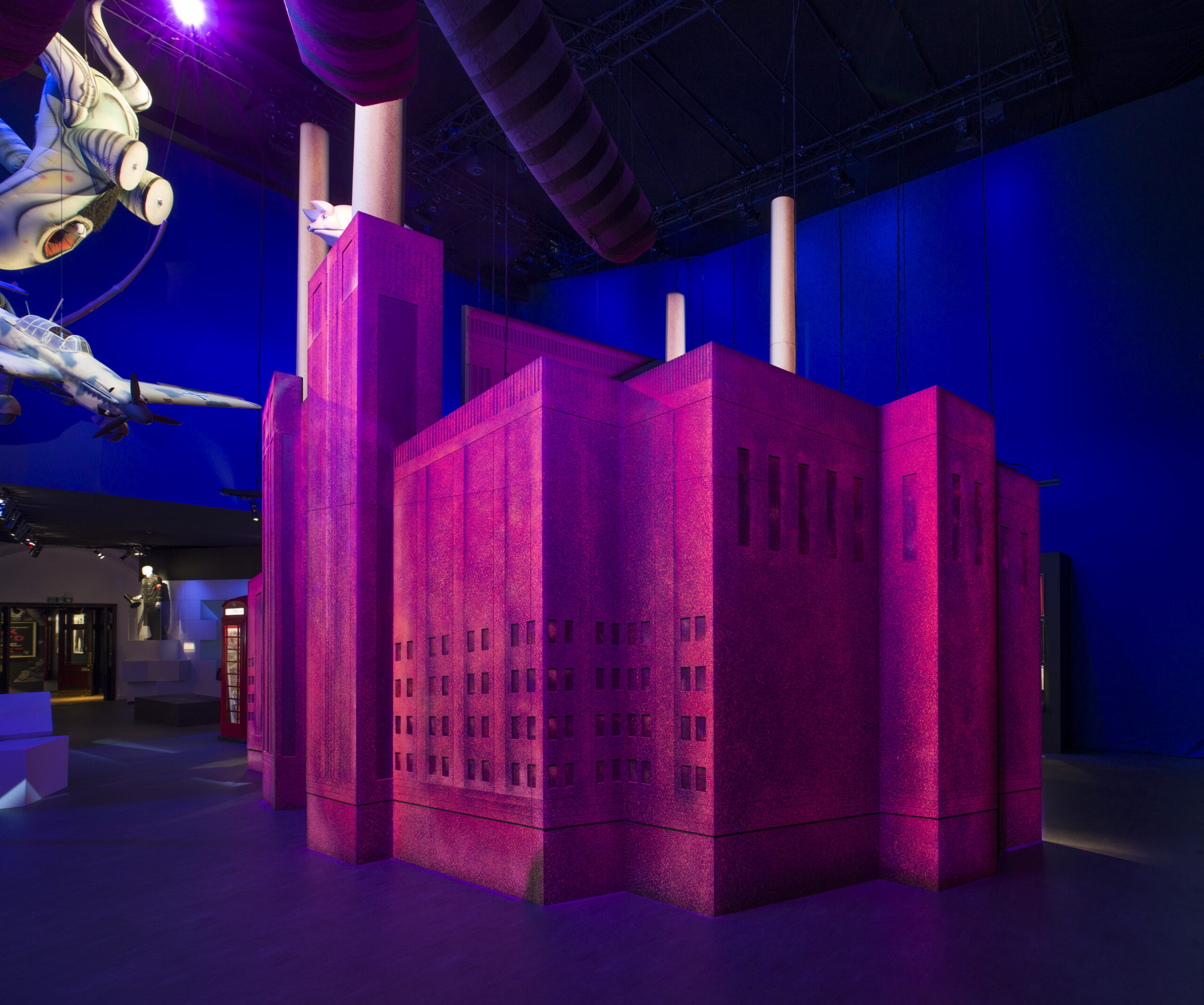 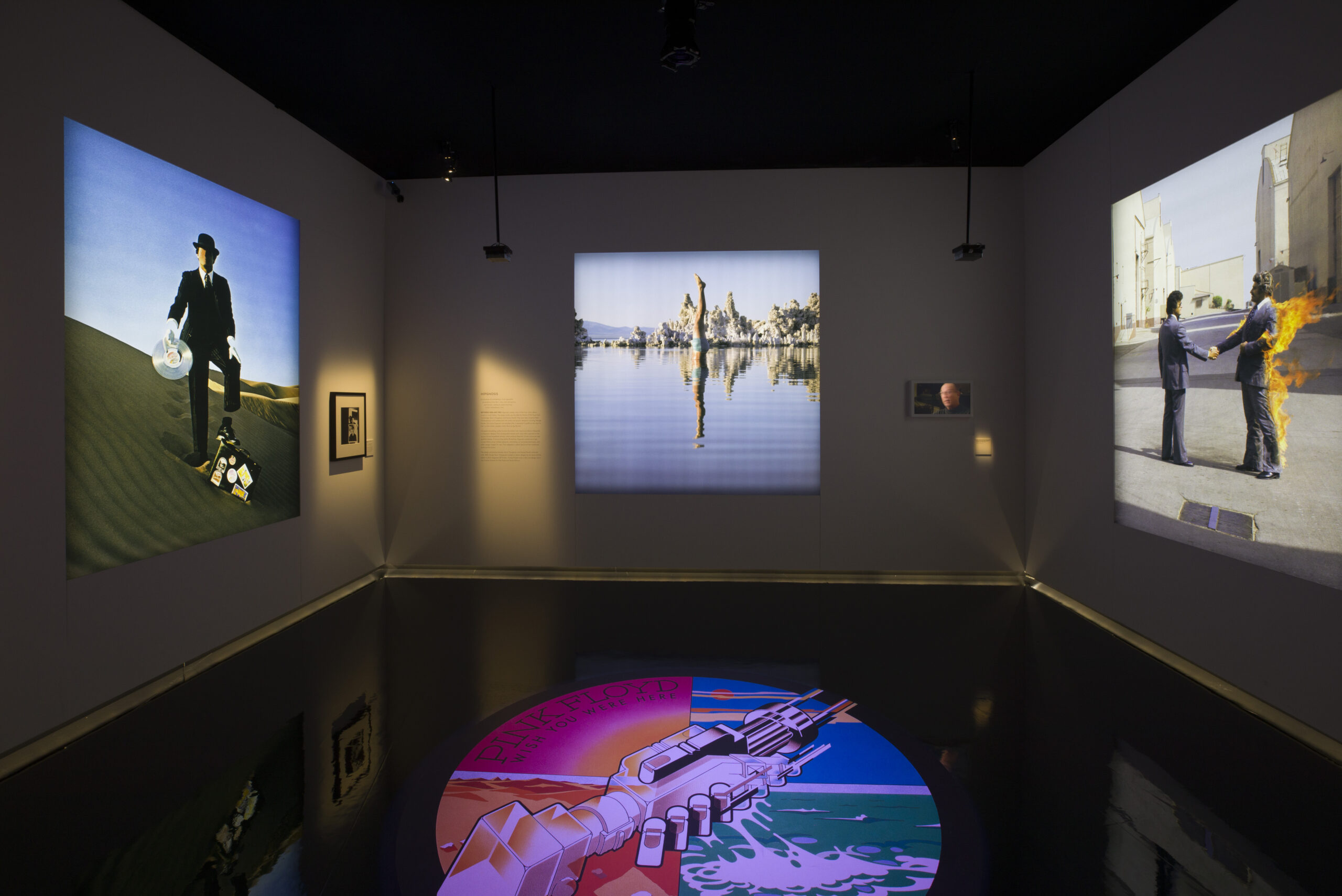