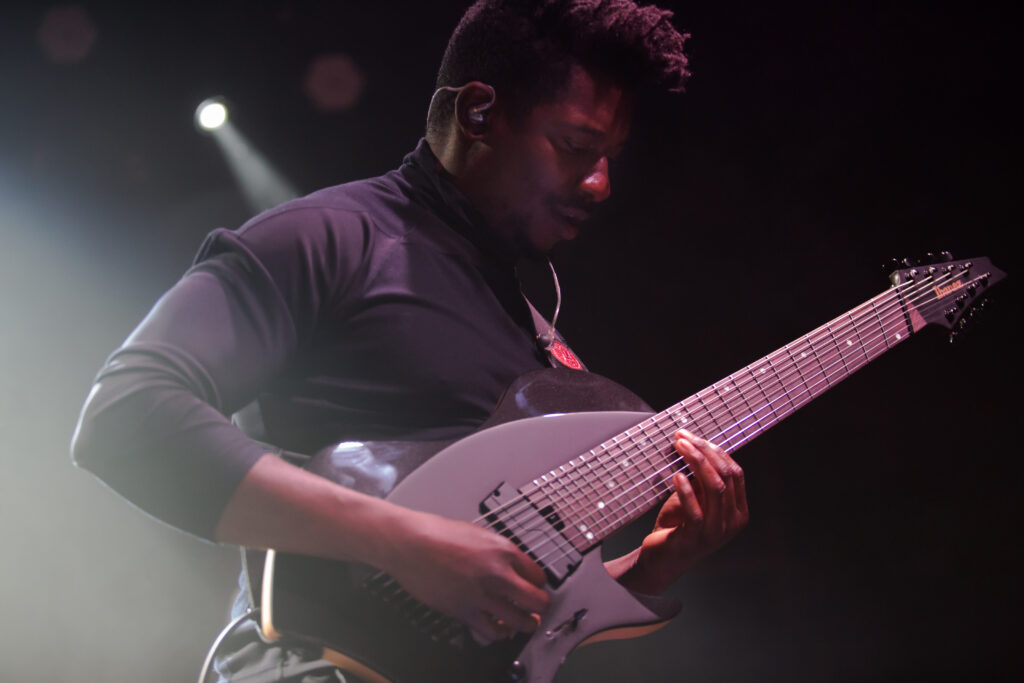 One area in which Tosin has certainly innovated and moved guitar into new realms is with his technical approach.

Not only has Tosin Abasi rapidly become one of the world's most talked about guitarists but, argues Tom Quayle, he has actually changed guitar playing itself. Tom interviews Tosin about his recent switch to Fishman's superb Fluence pickups, his new Ibanez guitar, and muses on this revolutionary player.

It is a very special and unique guitar player who develops or defines a new musical approach within his lifetime. The legends that we all know and love are revered within their art for good reason and we can all recall the time when we first heard that special player that changed us both as musicians and human beings. Names such as Jimi Hendrix, Eddie Van Halen, Jeff Beck, Steve Vai and Jimmy Page are etched upon our minds as innovators and leaders within their musical fields, forever changing the landscape of guitar and influencing generations of players to push harder and harder in the evolution of this instrument we all love so much. In the online era,' with instant access to people and information, it is much less likely that we will see such timeless legends appearing, but innovation and evolution is more apparent in the guitar community now than at perhaps any other time in the history of the instrument, with a technical and musical level that, to coin a technology phrase, is absolutely bleeding edge'.

One such player, seen by many to be at the bleeding edge of this technical and musical wave is Tosin Abasi, best known as the founder and musical leader of the instrumental Progressive Metal band, Animals as Leaders. It might be considered a little over the top to say something as dramatic as this player has changed guitar forever' in a world of such accomplishment as the current guitar scene, but there is a strong argument to be made in Tosin's favour as a game changer, especially if you look at the huge swathe of players he has already inspired and influenced in his career.

Changing how guitar is played and viewed isn't always about being the first to do something - the innovator as it were. Tosin, of course, does his fair share of innovating and then some, but it's having right combination of innovation and musical appeal can make you a true influencer and there's no doubt that Tosin has become one of the most influential and unique guitarists of recent years - a remarkable achievement for a guitarist in a purely instrumental band with no vocalist.

Tosin was part of the REH' generation, growing up in the early '90s learning from instructional video tapes from his heroes. Being able to learn directly from the technical masterminds of the day such as Paul Gilbert, John Petrucci, and Yngwie Malmsteen, gave a whole generation of guitarists a technical head start, the likes of which had never been seen before. It was this technical ability and mindset in his early years that would become a theme throughout Tosin's career, from his stint with the band Reflux,' where he became renowned for his skilled sweep picking technique, to his time at the Atlanta Institute of Music, where his love of more harmonically and rhythmically complex music such as Jazz and modern classic works would be combined with his Metal background to form the guitar player we see today fronting Animals as Leaders.

Perhaps the most recognised aspect of Tosin's playing is his use of extended range, 8-string guitars. As with some of the other core elements that make up his playing, Tosin certainly wasn't the first to bring eight strings to the table. Being heavily influenced by Fredrik Thorendal and Marten Hagstrom of the band Meshuggah, it was a natural transition for Tosin to move into the extended range arena himself and when he did, through his work with Animals as Leaders, he moved 8-string guitars into the mainstream more than any other player in the Metal and Djent genre. Now companies like Ibanez are selling more extended range guitars than at any other time in their history and whether the Djent scene appeals to you as a player or not, it's hard to argue with the fact that Tosin personally played a huge part in this recent huge growth and popularity of these instruments.

It's interesting to note the way in which Tosin has utilised this extended range. Using a combination of the super-heavy, crushing riffs and low end of an 8-string with complex, lush chords and an ethereal clean tone has become the hallmark of Tosin's Djent/Progressive Metal style and the two juxtapose with one another remarkably well. Being well versed in melodic minor harmony and more complex chord voicings has given him a very interesting harmonic approach where non-functional and non-diatonic harmony is used to create a new sound that appeals to a great number of guitar players and has given them a new-found drive to explore harmony and voice leading, rather than just relying on the low end to drive their music forward.

One area in which Tosin has certainly innovated and moved guitar into new realms is with his technical approach. From his Thump' technique, an adaptation of bass slap techniques, to his swybrid' picking and two handed tapping methods, utilising non-diatonic harmony and complex rhythmic structures, he has spawned a huge number of technical imitators. None of these techniques are completely new as such, but it is the way in which Tosin utilises and combines them that many find so interesting and innovative. For example, his sweep picking approach has moved away from the traditional arpeggios, sequenced across five or six string shapes in a predictable manner, to far more complex and less obvious patterns that have a cascading, unpredictable effect that is much more interesting for the listener.

His Thump' approach is an interesting development of advanced slap bass techniques used by players such as Victor Wooten, whereby the thumb is used to execute both a down and upstroke on the string, with the first, middle and even ring fingers used to execute three further strokes on the same or adjacent strings. Tosin has developed this to an incredible level whereby he can perform different rhythmic groupings across a chord or single note, utilising any combination of thumb and finger strokes to create a unique sound that has become ubiquitous with his writing style. His Swybrid' picking approach combines hybrid and sweep picking in interesting ways, allowing him to pull off larger intervallic leaps within a fast line or chordal passage than is possible with sweep picking alone. Again, other players have combined these techniques for years, but it is the way in which Abasi combines them with his writing, pushing his use of the technique into more and more interesting musical directions that is so interesting to so many guitar players.

Whether or not these technical approaches were actually invented by him is of less importance than the fact that Tosin's influence and music have introduced them to a whole generation of guitar players in much the same way that Eddie Van Halen introduced players to tapping or Jeff Beck to the whammy bar. You could argue all day (and guitar players will!) about who invented what and when they invented it, but it is undeniable that Tosin is changing the guitar scene in significant ways by bringing all of these technical, harmonic and rhythmic devices together in a highly visible manner that greatly appeals to a huge swathe of the guitar population.

It will always be a contentious statement, especially in the modern era, toÂ  say that any one guitar player has changed guitar playing,' but Tosin Abasi has certainly made a huge mark on the guitar in both a musical and technical sense and is seen by many people as a true innovator and defining figure within his genre. If you look at all the great innovators and change makers in any artistic field they always have an army of imitators copying their style and Tosin certainly has his. But if he is influencing a new generation of guitar players to be both musically and technically forward thinking, then this can only be a good thing. 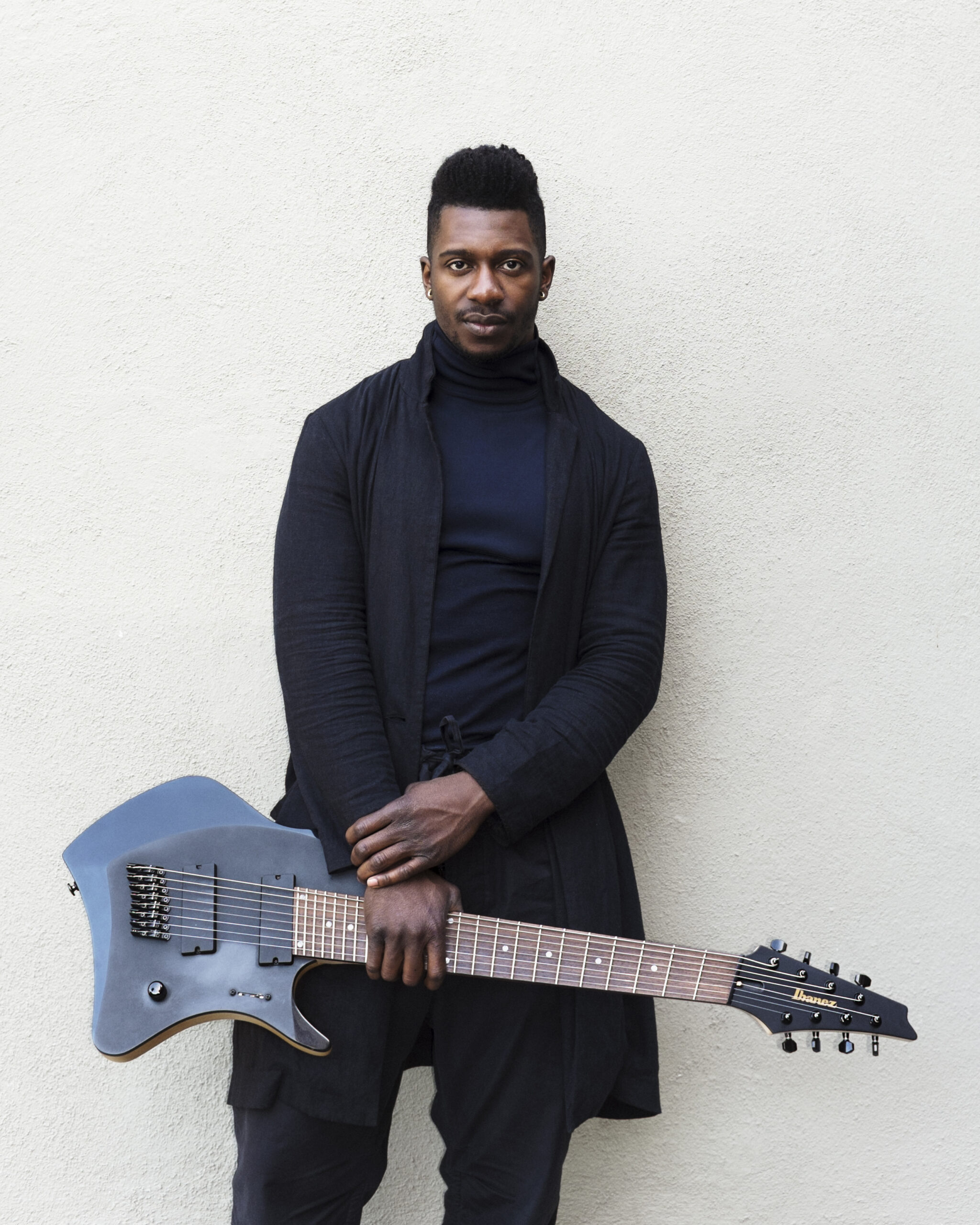 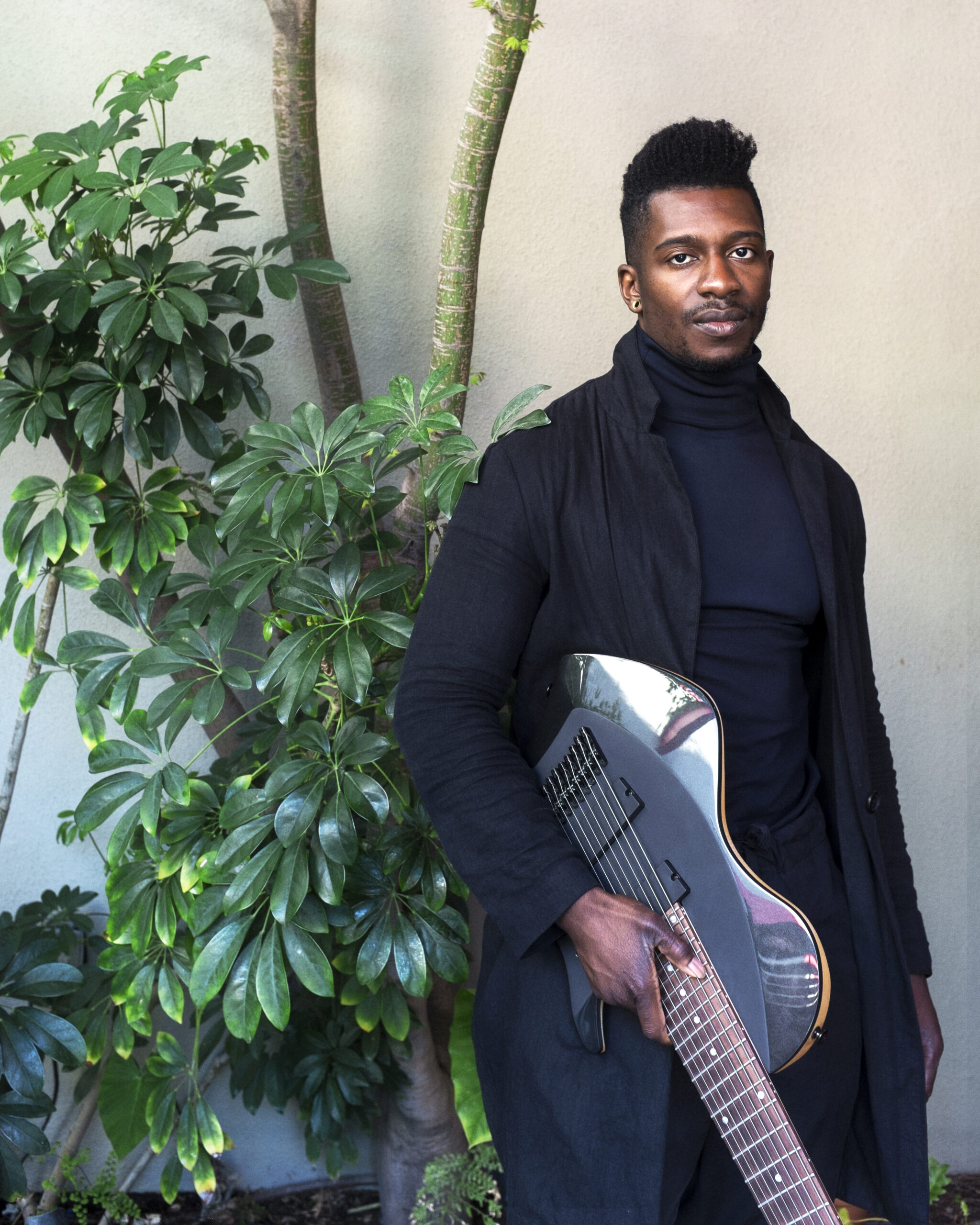 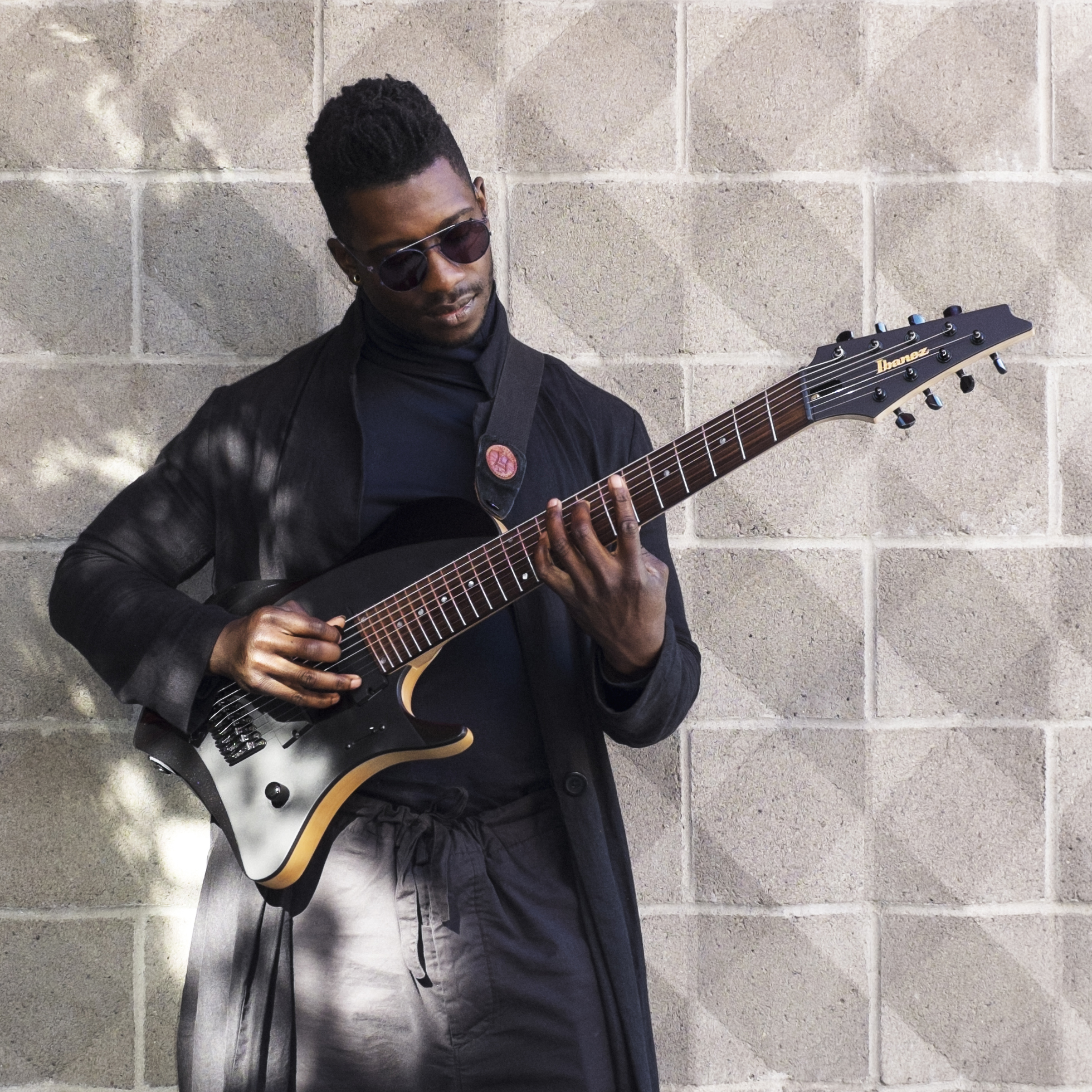 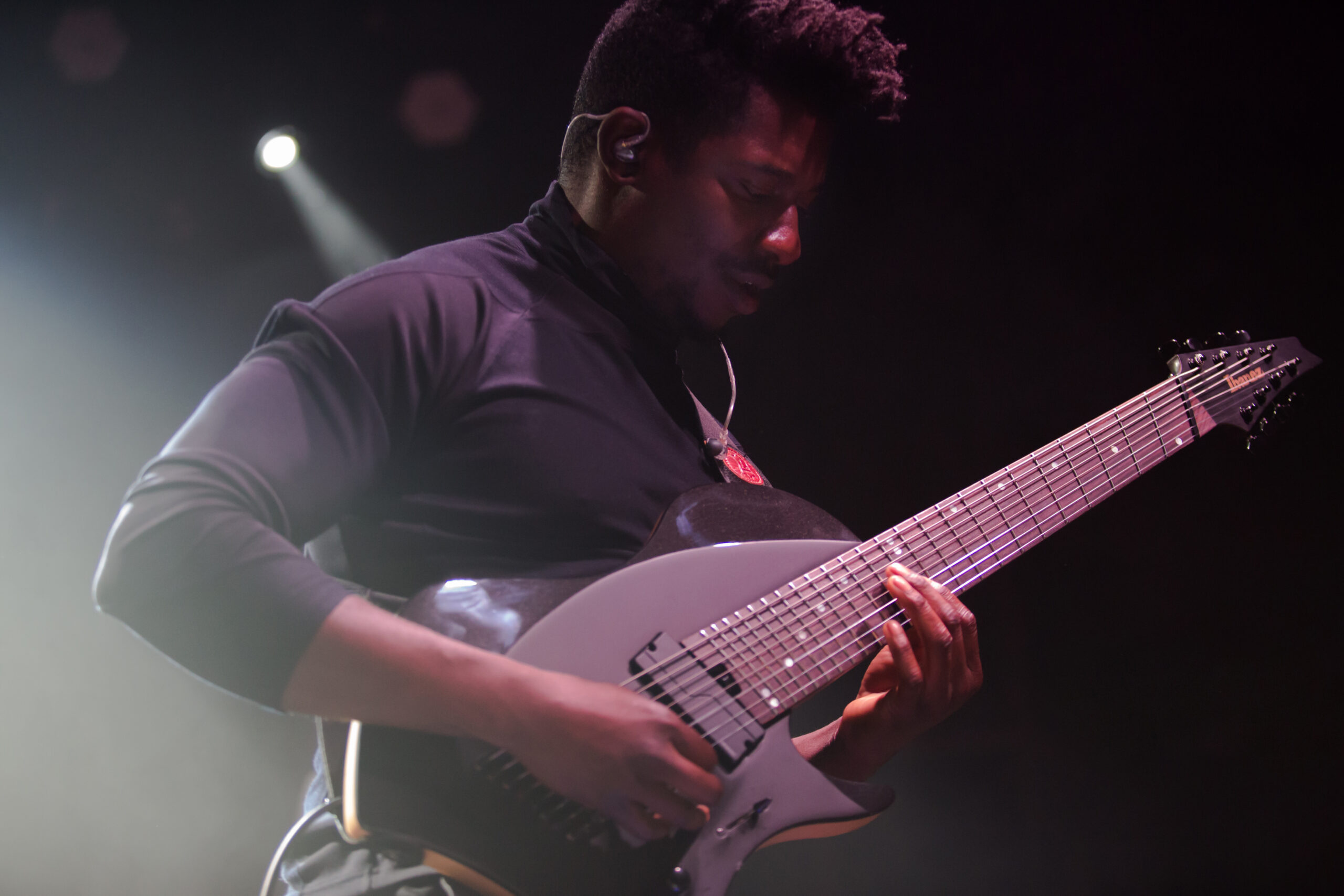