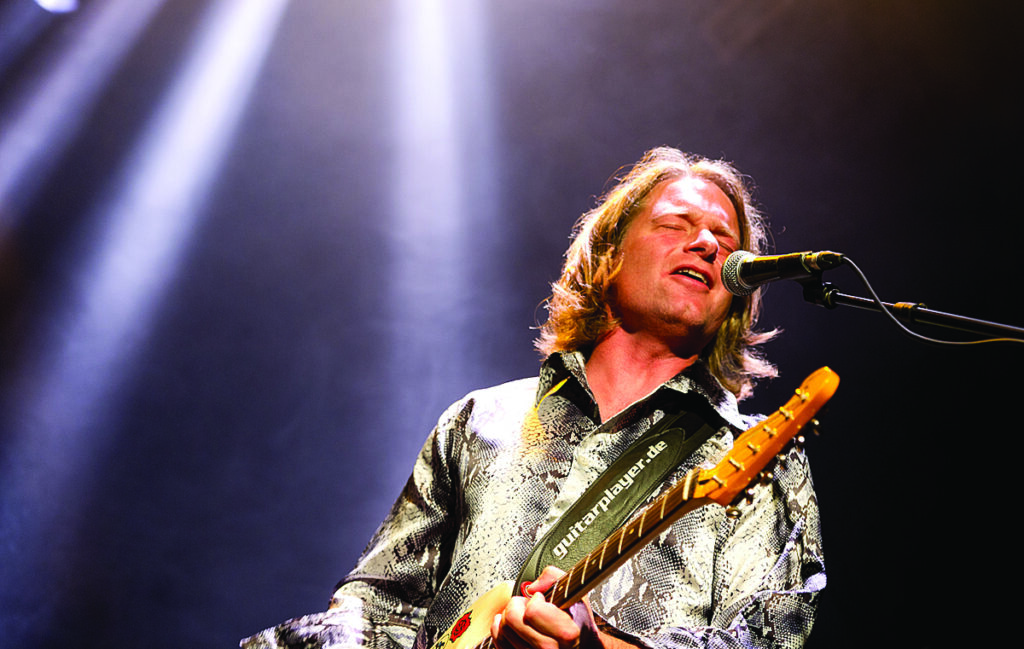 When you delve into Blug's career timeline in a little more detail, it might seem like the man has come full circle.

Where do you begin with Thomas Blug? More to the point, where do you end? A phenomenal guitarist, he is also a renowned amp designer and is probably as well known for one talent as the other. Tom Quayle interviewed Thomas in GI's studio, while William Black profiles a modern day man for all seasons.

Twenty-five years is a long stretch in the music industry. In fact, it's a lifetime. Most bands don't last anywhere near that long. Entire genres have appeared, peaked and disappeared again far quicker. And the business, of course, plays a huge role in chewing up and spitting out anything that's not hot as quickly as it can.

There's no doubt about it: to survive in music for such a long period of time, you've got to be a journeyman (or woman). You need to roll with the punches, to take the rough with the smooth, and to be able to reinvent yourself to keep your offerings fresh and relevant in the face of the revolving door of new talent that's constantly threatening to relegate you to bygone status.

German guitarist Thomas Blug's journey is far from over, even though it began back in the 80s. Since then, he's gone from being a fresh-faced, passionate musician with an interest in electronics and engineering through to recently forming his own company, BluGuitar, which produces a range of Blug's self-designed amps and related accessories (we reviewed his excellent BluGuitar Amp 1 in GI Issue 31 - Ed).

When you delve into Blug's career timeline in a little more detail, it might seem like the man has come full circle. A native of SaarbrÃ¼cken, he got his first real break in the industry when he secured a role at Hughes & Kettner (H&K) which, at the time, was a fledgling amp company based half an hour down the road. The firm was looking for a competent guitarist who could get by in English to show off their wares at trade shows and clinics in stores and Blug - who spoke English well, was a precocious six-string talent and just so happened to be a fellow Saarland native - fit the bill perfectly.

As an added bonus for H&K, the young Blug was also an electronics buff with an impressive collection of fine tube amps and a superb ear for what constitutes refined guitar tones. Not surprisingly, the two parties got on like a house on fire and Blug would go on to play an important role at the company for the next quarter of a century, while also making himself a household name in the industry in the process.

Alongside his work with H&K, he became an in-demand studio and live musician, performing, touring and recording with some of Germany's biggest pop bands of the 90s and 2000s, and recording jingles and soundtrack material for German TV shows and movies.

Blug's distinctively dynamic guitar playing style - almost always achieved on his favourite axe, a white '61 Fender Strat - also got him increasingly noticed in guitar playing circles and led to him being named as Germany's top rock/pop guitarist in 1997, and as the Strat King of Europe by Fender themselves in 2004 (as part of the company's celebrations of 50 years of the double cutaway icon). He's also found the time to put out numerous records of his own and he regularly plays live with his own Thomas Blug Band and his Hendrix covers project, Blug Plays Hendrix.

What's been consistent across all these jobs over the years has been one guitar - that '61 Strat. As the years wore on, though, a combination of the guitar's value (both financial and sentimental) rocketing and Blug's evermore globe-trotting schedule led Blug to think about modifications to - or possibly even replacements for - his number one axe. After all, not all guitarists are as daring - or perhaps as well-off - as Joe Bonamassa, who seemingly thinks nothing of taking an arsenal of irreplaceable gear (including at least two '59 Les Pauls, just the most valuable guitars in existence!) out on the road with him.

Instead, Blug teamed up with the UK-based Vintage guitars and master luthier Trev Wilkinson to create a signature Thomas Blug six-string. Based on his '61, right down to the worn-down finish and the missing back plate, the signature model instantly won fans across the guitar world. Indeed, such was the success of the instrument that Vintage produced a second Blug model, the Summer Of Love, which essentially saw the original V6 model being given a reversed headstock (and the bridge pickup being placed the other way round, to make the guitar sound more like a left-handed guitar being played upside down) along with a Hendrix-evoking paintjob. Again, the guitar met with glowing reviews, and Blug continues to use both his Vintage models regularly onstage, alongside his original.

Another constant throughout Blug's career up until a couple of years ago was Hughes & Kettner. It's fair to say that he and the brand grew up together, with his stages almost always featuring a wall of the German amps behind him, and his persistent presence as demonstrator at shows and clinics across the world. In more recent years, Blug's guitar skills - and his H&K demo videos - also picked up millions of hits in the online world, particularly on YouTube.

It was something of a surprise across the industry, then, when Blug announced he was leaving H&K to start up his own company, BluGuitar. The revelation that BluGuitar's first product would be AMP1 - a guitar amplifier, no less - also turned a few heads. Why had Blug chosen to leave his employers of 25 years behind and go it alone at this point? Had he had enough of working for others? Had success gone to his head? Did he feel he had a point to prove to himself or to anybody else? Or was it just the right time to move on?

Whatever the reason - or reasons - for his departure from H&K, it's clear that Blug has been 100% behind the AMP1 project since day one. (It's certainly a brave thing to go it alone in an industry dominated by the big brands of yesteryear, even if you're something of a household name yourself.) A 100 Watt full-tube amp that fits on a pedalboard, AMP1 is packed with all the features that Blug himself needs as a guitar player, including four separate channels, boost, reverb, noise gate, and the option to hook the amp directly to a conventional guitar speaker or to a mixing desk or recording device directly. There's also an array of optional extras to go with it, which offer more adventurous players additional features, such as a comprehensive foot controller (called REMOTE1) and the LOOPERKIT (which is an optional extension module for connecting FX pedals 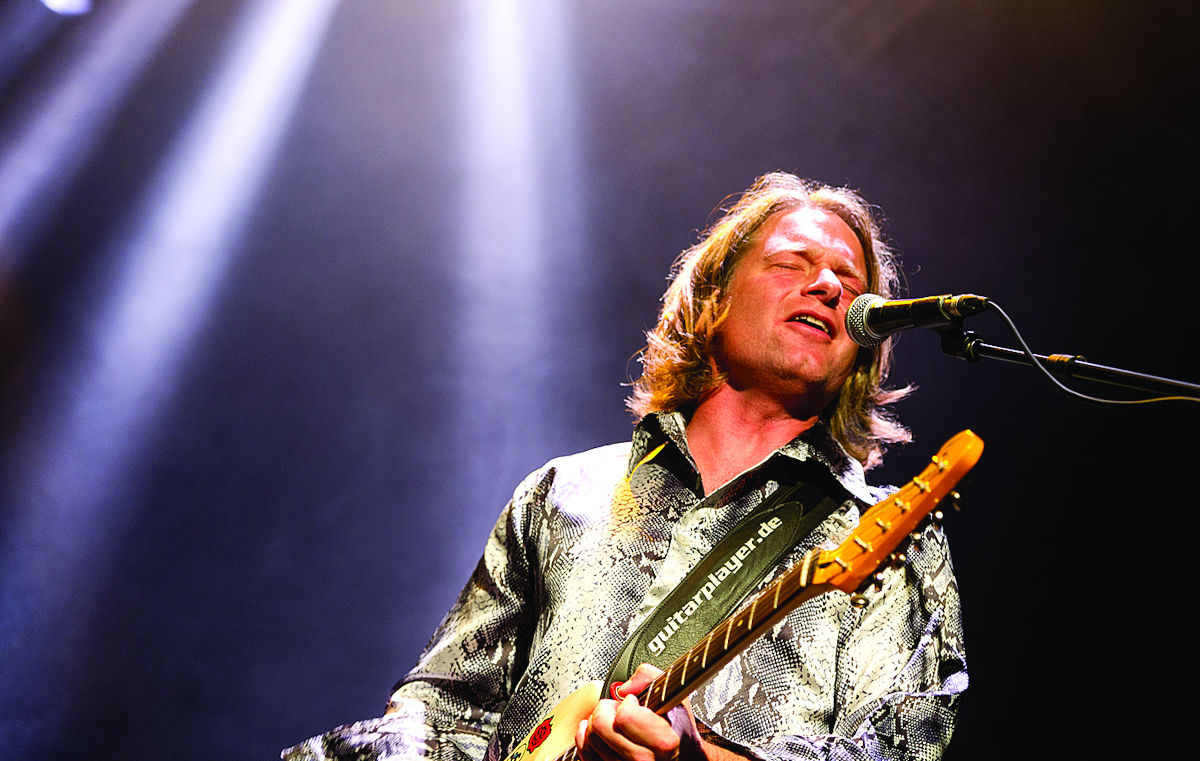 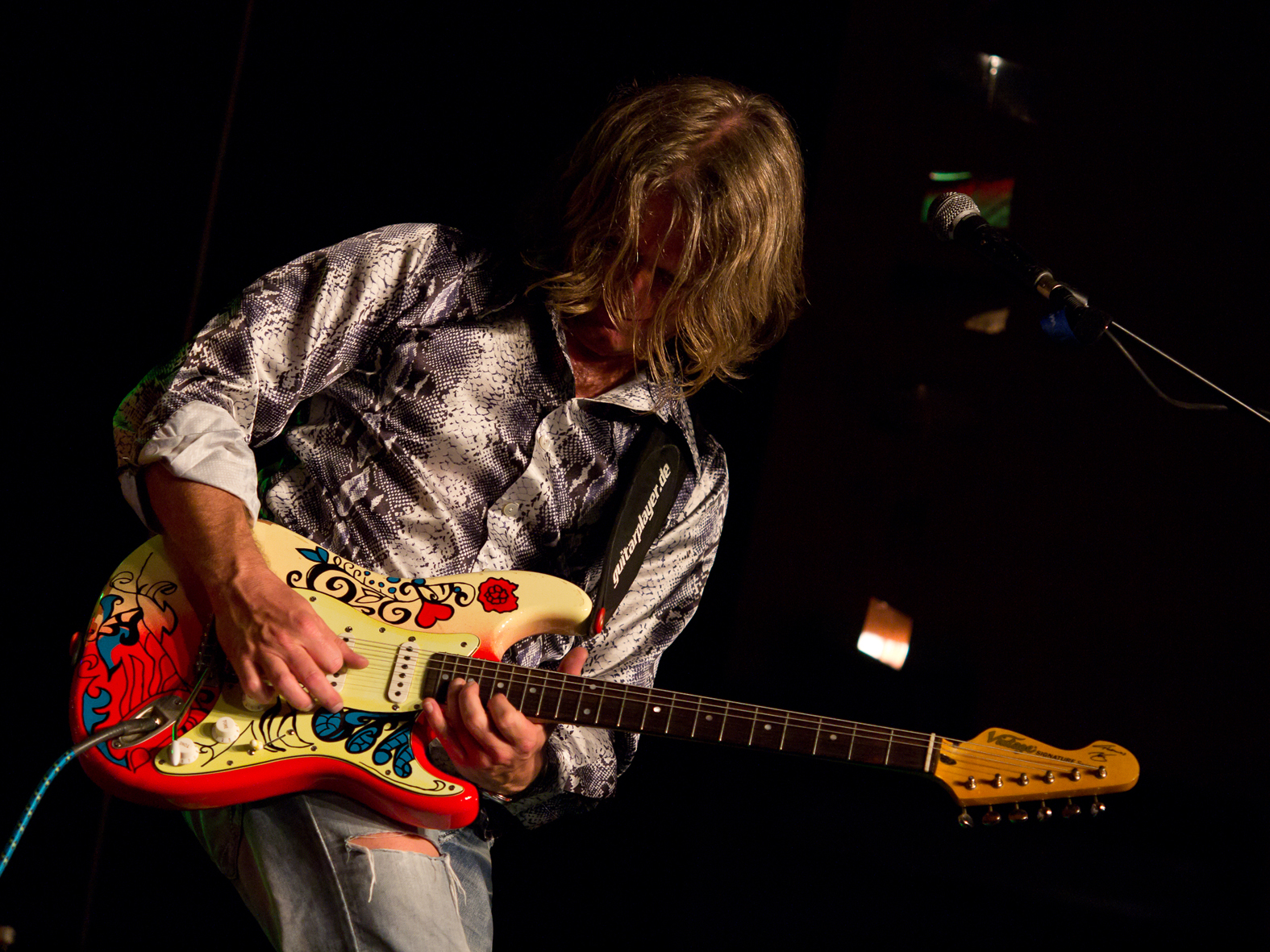 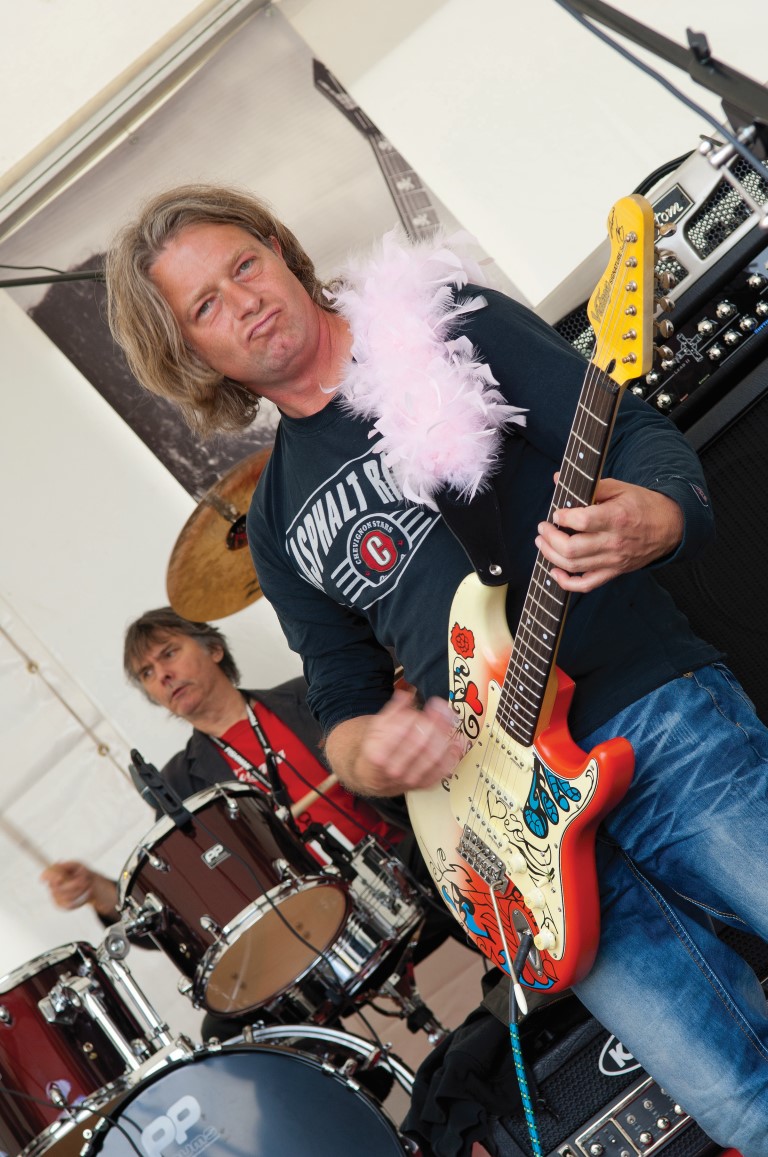