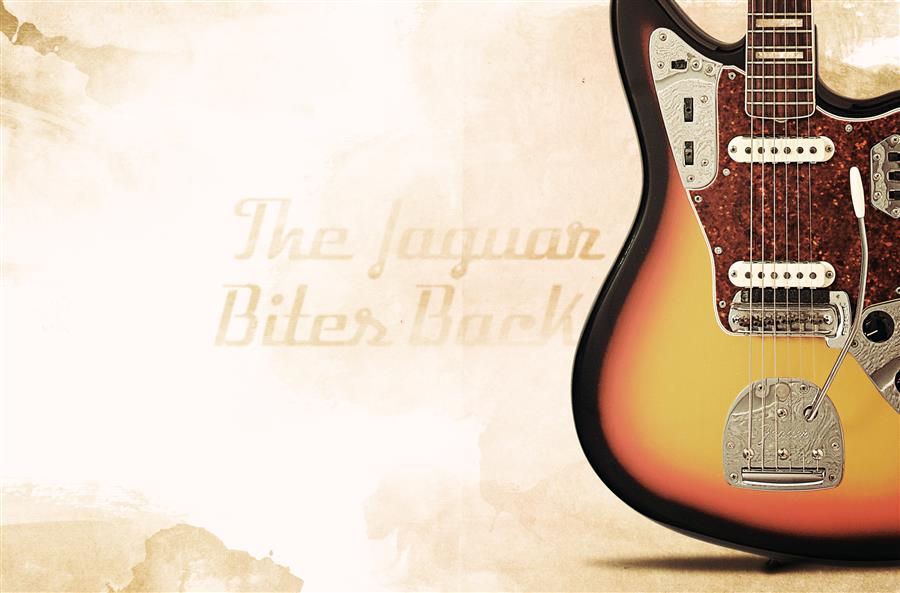 The Jaguar Bites Back!

For decades one of Leo Fender's Cinderella designs, recently the Jaguar has received a new lease of life with two signature models - the Kurt Cobain and Johnny Marr Jaguars. Guitar historian, Tony Bacon, takes us through the Jaguar's troubled history and that of its even more troubled sibling, the unloved Jazzmaster.

Why would Leo Fender bring out more new guitars once he'd got the Stratocaster and the Telecaster on the go? From our advantageous position today, it seems obvious. Don't bother, Leo! Everyone loves the Strat and the Tele! We don't need anything else! Yes, well, you know what they say about hindsight. Back in the 1950s, when all this was happening, it must have looked very different.

Leo had made sure there were people around him at the Fender HQ in Fullerton, California, so that ideas became instruments and a lot of musicians could play Fender guitars. Don Randall headed up the Fender sales operation, although he'd started out back in the 1940s selling products made by Leo's first guitar company, K&F, through Randall's Radio-Tel wholesale firm based in nearby Santa Ana. Radio-Tel became Fender's exclusive distributor and soon turned into the official Fender Sales company.

Leo hired Forrest White as his factory manager in 1954, and White set to work organising and streamlining a chaotic and sometimes threadbare firm. A musician, Freddie Tavares, was Leo's main ideas man, designing new guitars and amplifiers and quickly becoming an invaluable member of the team. By the late 1950s the factory hummed with activity, and work would sometimes spill out into the alleyways, a distinct advantage of the Californian climate. But Leo was almost always inside, often burning the midnight lamp.

Amplifiers were still important to Fender, but by early 1958 they had a strong solidbody six-string electric line consisting of the original Esquire and Telecaster, the relatively new Stratocaster, and the Duo- Sonic and Musicmaster student models'. The Musicmaster was the cheapest, at $119.50 retail, the Strat the most expensive, at $274.50 with vibrato. Fender was a growing, ambitious operation, and they must have looked enviously at the market leader, Gibson, whose list of electric models ran from the Les Paul Junior at $120 right up to a natural-finish Super 400CES at a dizzying $700. Clearly, some players would buy expensive electrics. The models at the head of the Gibson list were luxurious hollow-bodies, aimed at and played by the top Jazz guitarists. Fender decided they would make a solidbody instrument for these well-heeled Jazzmen.

So along came the Fender Jazzmaster, launched towards the end of 1958 at $329.50 as the company's top-of-the-line model. Some prototypes have survived that lend a little insight into the design process: one has Fender's regular fretted maple neck of the period, rather than the (for Fender) brand new rosewood fingerboard that graced the production model; another one, which I was lucky enough to look over when I wrote a book on Scott Chinery's collection back in the 1990s, had a Strat neck and black-cover pickups. When the production Jazzmaster appeared in 1958, Fender couldn't resist plugging it as America's finest electric guitar unequalled in performance and design features