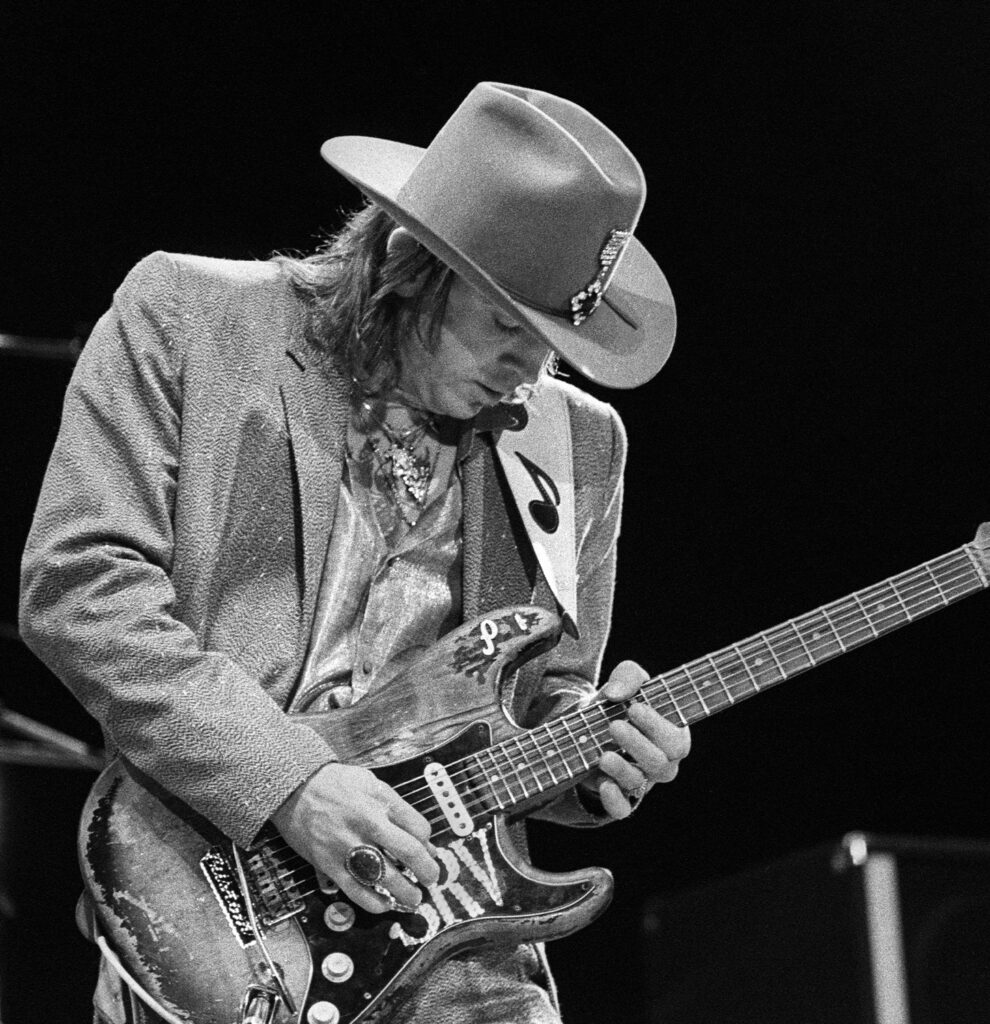 Suffice it to say in a life as fast and furious as one of his solos, SRV burned his name into guitar history. Some pundits rate him as one of the finest ever. Whether you go along with that or not, no one can deny that SRV's hot Texas Blues style was electrifying and dynamic - arriving just at a time when the Blues was sounding a bit down at heel. Gary Cooper Stevie Ray Vaughan - The Blues Born Again

Celebrating 30 years since the release of Stevie Ray Vaughan and Double Trouble's Texas Flood and commemorating the guitarist's tragically early death in August 1990, Guitar Interactive brings you our first ever tribute edition.

Gary Cooper considers the short, blazing career of the man from Dallas, Texas who re-wrote the Blues guitar handbook.

It's 30 years since Stevie Ray Vaughan picked Blues guitar up by the scruff of the neck and gave it a good, hard shake. It needed one.  An earlier generation of fine Blues players like Peter Green, Eric Clapton, Paul Kossoff, Mick Taylor and Johnny Winter had fallen, either from grace or mass public acclaim (or both), while others, like Buddy Guy, Rory Gallagher, Albert King, Albert Collins and

BB King, though they were still actively preaching the Blues, weren't hitting the mass audiences that the genre had commanded a decade before. What Stevie Ray Vaughan (SRV) did was inject attitude, fire and a blazing style back into the Frankenstein's monster that had lain on the slab waiting for just that jolt of Texas lightning.

In this issue we're bringing you a feast of SRV, starting with an interview by John Stix from 1984. Later in this special issue, Jamie Humphries offers some  biographical notes then takes us through a superlative SRV Tech Session, analysing just what it was that made the guitar world sit up and take notice when

SRV walked on stage. Vintage guitar expert Phil Harris journeys back to the era with a Strat, amps and FX of the SRV period and, finally, Michael Casswell shows some mercy to those of us who can't afford pre-CBS Strats and ancient Super Reverbs by showing us how to get that magical sound from much more affordable, and easily available, modern gear. Whether you can handle SRV's taste for 013 strings is, of course, another matter, but I'll leave that to Messrs Humphries and Casswell to worry about!

What we aren't going to do is a track by track retrospective review of SRV's tragically short discography (he released just four studio albums before his death in a helicopter accident in 1990), nor a potted biography - both of which you can find anywhere on the web. We're here to bring you the stuff you can't find elsewhere!

Suffice it to say in a life as fast and furious as one of his solos, SRV burned his name into guitar history. Some pundits rate him as one of the finest ever. Whether you go along with that or not, no one can deny that SRV's hot Texas Blues style was electrifying and dynamic - arriving just at a time when the Blues was sounding a bit down at heel. Some say Joe Bonamassa is doing much the same today and while the two aren't much alike, it's eerily true that whenever the Blues looks

about ready to be consigned to the history books, someone always seems to come along to revive it. And in SRV's case revitalise it, too. It took him just seven,  intense, years.

In 1984, just as Stevie Ray Vaughan's career was starting to peak John Stix recorded the following interview, reproduced here with its original introduction.

Screaming out of Austin like the Texas twister he portrays on the album cover of Couldn't Stand The Weather, Stevie Ray Vaughan has become the newest guitar hero in the 80s by shedding fresh light and spirit into the two fundamental elements of Rock n' Roll from the 50s and 60s, the Blues and Jimi Hendrix. In this post Eddie Van Halen era of guitar playing where modern greats develop new techniques and sounds by reshaping the way we play the instrument with both hands or exploring the outer reaches of sound synthesis, Stevie Ray exits to  standing ovations on the bare bones soul of the Blues. The naked truth as Santana might say.

Reared at the heels of his older brother, Jimmy Vaughan of the Fabulous Thunderbirds, Stevie soaked up the sounds of the finest Bluesmen on record and in the local clubs. His hours listening to the British Blues heroes were mixed with an equal dose of Albert King, Buddy, Guy, T-Bone Walker, Django Reinhardt and Jimmy Smith. But it was all over when he stepped into the shadow of rocks finest innovator and Blues master. Stevie made Hendrix his guru. By combining the sound of Hendrix with the soul of the Blues Stevie struck pay dirt with his audience.

Amongst the first to fly him past the Austin city limits was Mick Jagger. Stevie and Double Trouble (Chris Leyton on drums and Tommy Shannon on bass) were flown to New York by the head Stone for a private party. Jerry Wexler then recommended to Claude Nobs, the promoter of the Montreaux Jazz Festival, that he put Stevie on the bill. That performance, part of which is on a live sampler album for Atlantic, was witnessed by both Jackson Browne and David Bowie. Browne offered Stevie free studio time, and Bowie later invited him to play on his comeback record Let's Dance. Still most people first heard of Stevie from all the play he got in the music press by not joining Bowie's touring band. Who was this unknown guitarist that Jagger, Bowie and Browne showed so much interest in?

We did not have to wait for long. Stevie's demos from Browne's Down Town Studio hit the streets as the album called Texas Flood.  Crossing the generations, it appealed to the 60s crowd by sparking memories of the early raw passions of Clapton and Mick Taylor. To a younger audience it was about discovering the fiery energy of the Blues, something that would not know through their love of Randy Rhoads and Michael Schenker. We met Stevie in his hometown of Austin, and spoke briefly with him during a break in the shooting of his first video.

Were records your first introduction to the Blues?

That and my brothers playing made a big impression. I got to meet a lot of people who were Blues players, not too far from when I started playing. I would hang out on Hall Street in Dallas. I saw a lot of bands play.

Since you learned a lot from your brother's record collection and a record is a record, could you have grown up in New York City with those same records and still have developed the same?

Probably not, but the differences would mainly be things I wouldn't notice unless I left for a long time. It's the feeling of the people. I m sure the heat has something to do with it. It's just a way of life around here.

What characteristics does Texas Blues have that make it different than the British Blues of the late 60s?

There's quite a bit of difference in different ways. Texas Blues has more horns, it's a bit more uptown in style. It's also a little rougher sounding and meaner. It's not quite so slick. Not to sound out of line, but the English people were copying Texas music, so it's gonna sound a little bit different. There's a difference doing it growing up in the surroundings that created it instead of seeing it from a distance.

There were different periods of time when that was the case. As it is now, it's totally accepted

I started off playing Rock and went back to the Blues. Did you experience anything like that?

I pretty much had all of my influences at the same time. It got heavier handed on the side of the Blues at a couple of different places.  I was pretty heavy into it early on and more so latter, but in the middle there was more Clapton and Hendrix. But keep in mind that at the same time I was still listening to the original songs that the English Blues people were copying. I was getting a good view of it because I was seeing it from both sides at the same time. I was listening to Beck, Page and 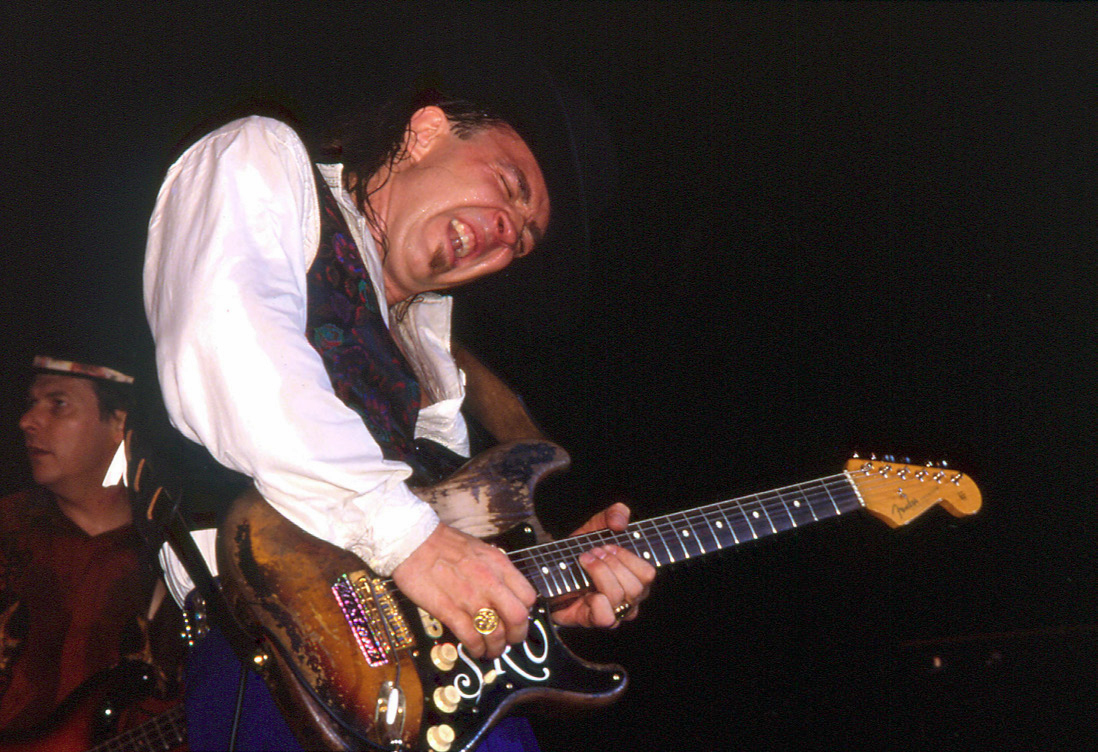 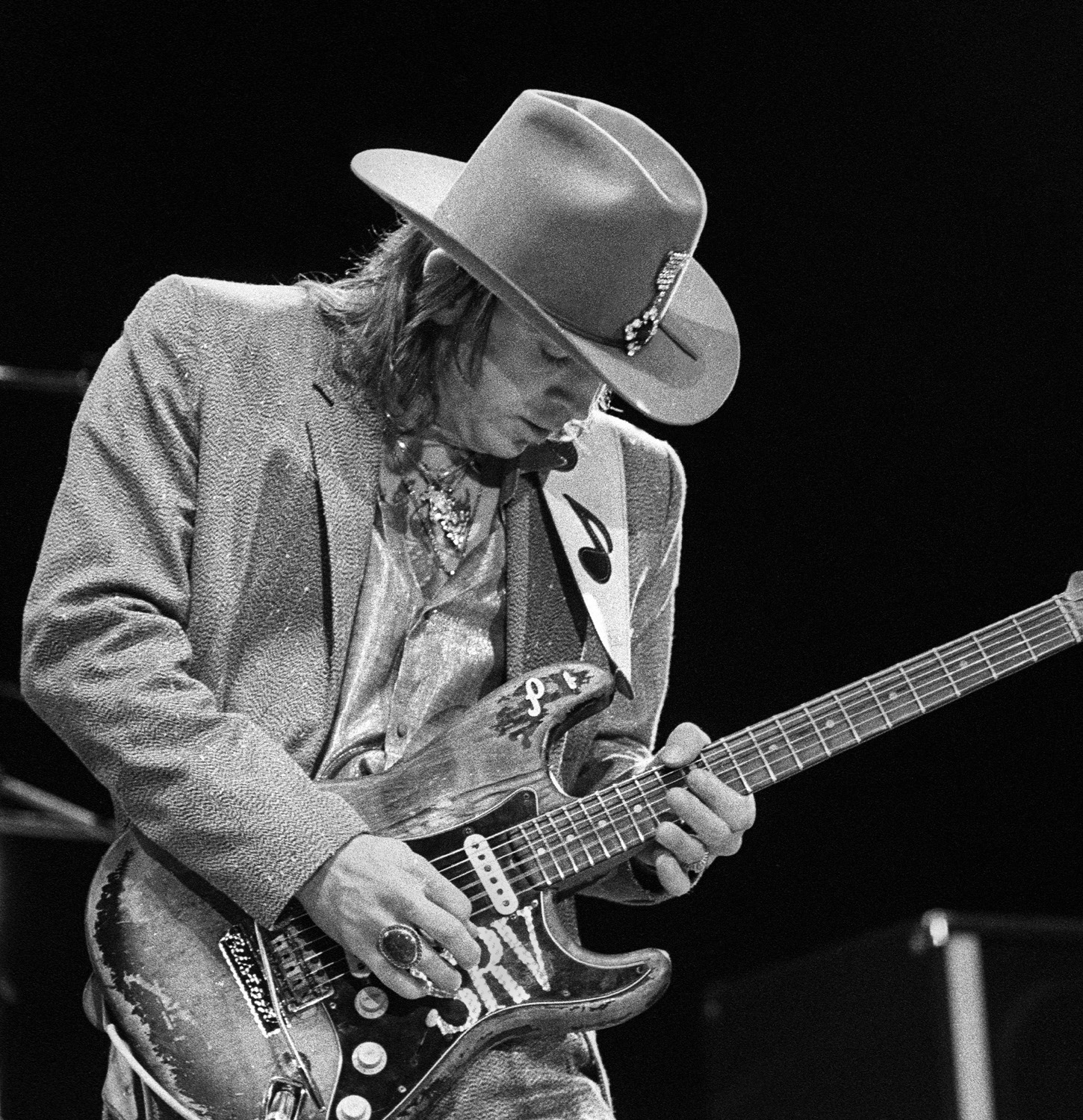 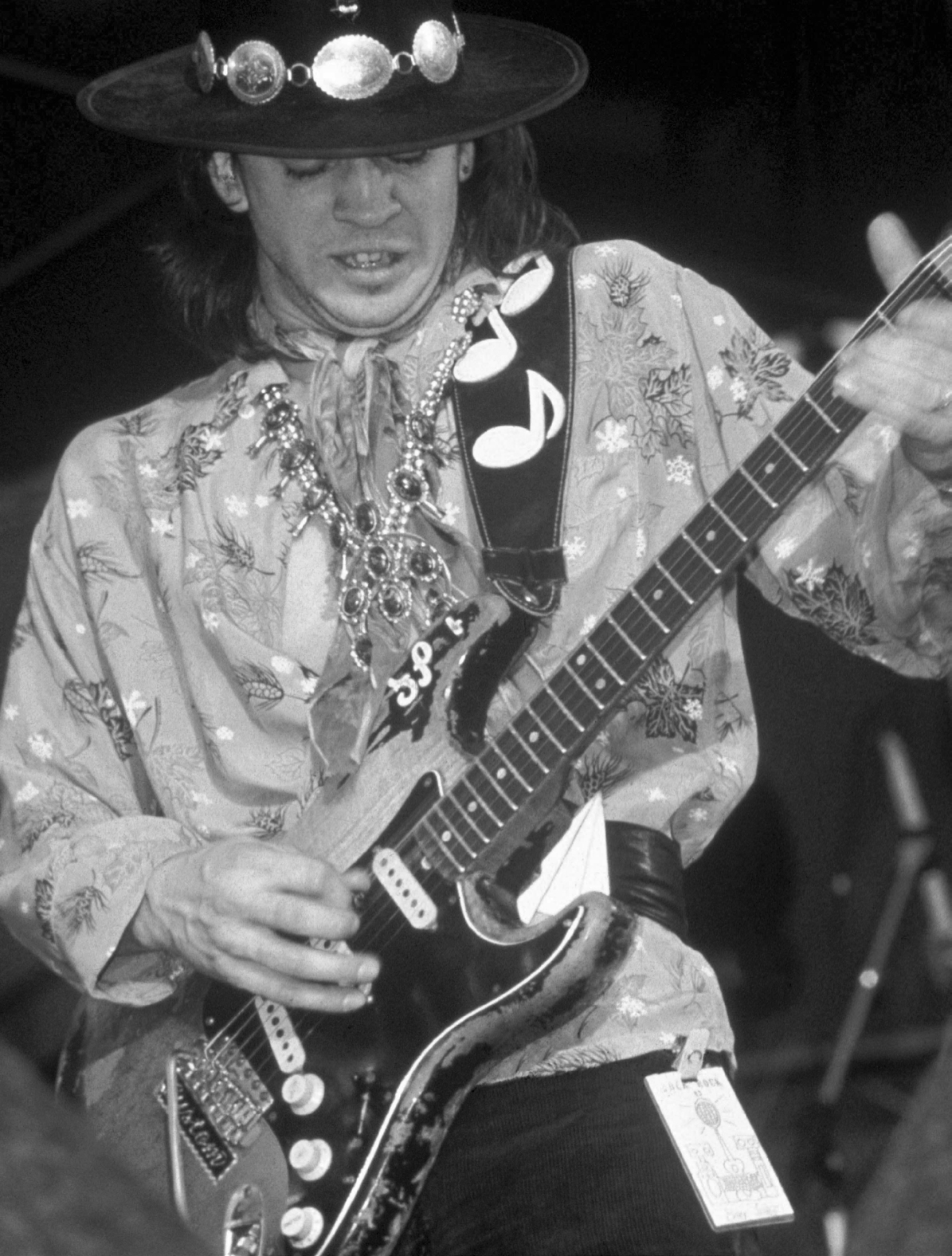