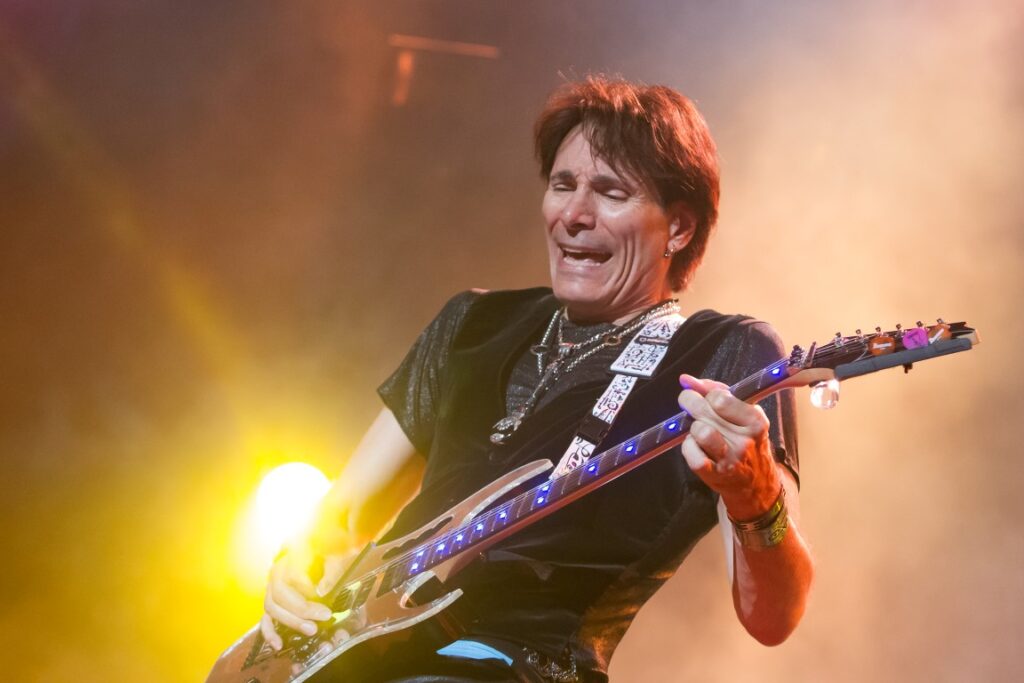 If the '60s produced Hendrix and the '70s Van Halen, then surely the name on every guitarist's lips during the '80s was Steve Vai. From hired gun to solo artist, Vai continually pushed the boundaries of electric guitar

As a teenager growing up and learning guitar in the '80s, guitarists such as Edward Van Halen, Yngwie Malmsteen, Joe Satriani and Steve Vai were constantly in the guitar press. Every budding guitarist I knew was frantically learning their licks, as well sticking posters of them on their bedroom walls - myself included!

Steve Vai grew up on Long Island New York, USA. He began playing guitar at an early age, and took lessons from a young Joe Satriani. Later, Vai attended the Berklee School of Music, studying music theory, and at the age of 18 started working as a transcriber for Frank Zappa; Zappa was so impressed by a transcription Vai had sent him of the 'Black Page' that he employed him! Vai later earned the position of 'Stunt Guitarist' in Zappa's band.

Following his departure from Zappa's fold, Vai went on to join Graham Bonnet in the band Alcatraz, replacing Yngwie Malmsteen, and in the process, learning their set in just one day! He then received a phone call from ex-Van Halen front man David Lee Roth asking him to join his solo band, a partnership that proved to be extremely successful.Â  He later had one more outing with a major Rock act, playing sideman for David Coverdale in Whitesnake.

In addition to his work with others, Vai has always had a very active output as a solo artist, dating back to his Zappa days with Flexible and Flexible Left Overs, up to his ground breaking 1990 release Passion and Warfare, plus the many albums that followed. Vai has also collaborated with many artists from John Lydon and P.I.L, Mary J Blige, Ozzy Osbourne, and also Western Vacation, performing under the name of Reckless Fable! He is certainly what you could categorise as versatile.

My personal introduction to Steve Vai went totally under my radar. My parents had rented the VHS from our local video store of a movie called Crossroads, I was about 14 at the time and was floored by the guitar pyro techniques during the movie's climax, with Mr Vai playing the part of the Devil's guitarist, Jack Butler. At the time I had no idea who he was, but from that point I rented that movie on a regular basis just to watch the final sequence!

Like many young guitarists hungry to learn, I would hang out on a Saturday at my local music store, and on one occasion I witnessed a guy playing the guitar in a way I'd never seen. I eventually plucked up the courage say hello and over a course of time he taught me scales, licks and riffs, as well as introducing me to a whole new world of guitar players, Steve Vai being one of them. I can still remember the first Vai track that my guitar friend played to me, 'Blue Powder', on a Carvin Amp's flexi disc that came free with a guitar magazine. I was totally blown away by his phrasing, his tone, his fluidity and speed; never in my wildest dreams did I imagine that you could play the guitar in this way! I had come from a progressive Rock background, listening to my father's record collection of Genesis, Yes, Pink Floyd and Focus. Not only did Vai demonstrate awesome technique on this track, but during the final section, he performed over a keyboard pad that had a slightly progressive sounding 'dreamy' note quality. At the time, I had no idea this was the Lydian mode.

From this point on I was hooked on Vai, and the next album I was introduced to was P.I.L, featuring John Lydon of the Sex Pistols on vocals. Now if there was ever an unusual pairing it had to be Vai and Lydon, but it worked! For me this is still one of my favourite Vai recordings, and could surely be seen as a forerunner for the 'Industrial Metal' of bands like Ministry in the early '90s.

From there I discovered Alcatraz, which totally blew me away. As a 15-year-old budding guitarist this album was everything. It featured well-crafted Pop/Rock songs, with hints of progressive arrangements, and was the perfect creative canvas for Vai; I still remember hearing the keyboard driven 'God Blessed Video', with Vai's hypnotic tapping chorus guitar part. My friend also introduced me to his work with Zappa, mainly Shut Up 'n Play Yer Guitar. I also listened to Flexible for the first time, and remember us taking a day trip into London to go to Shades record store to get a copy of the 10 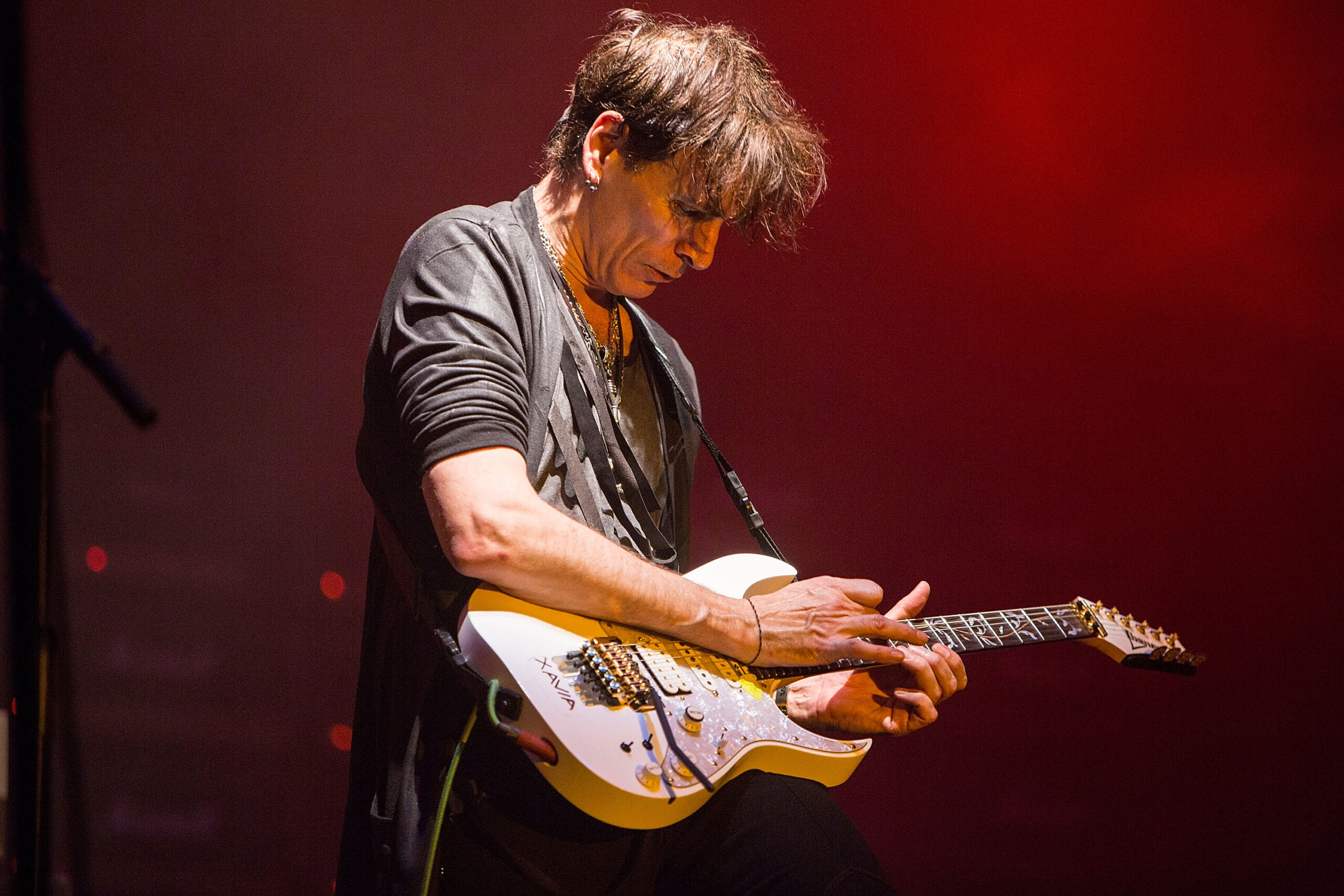 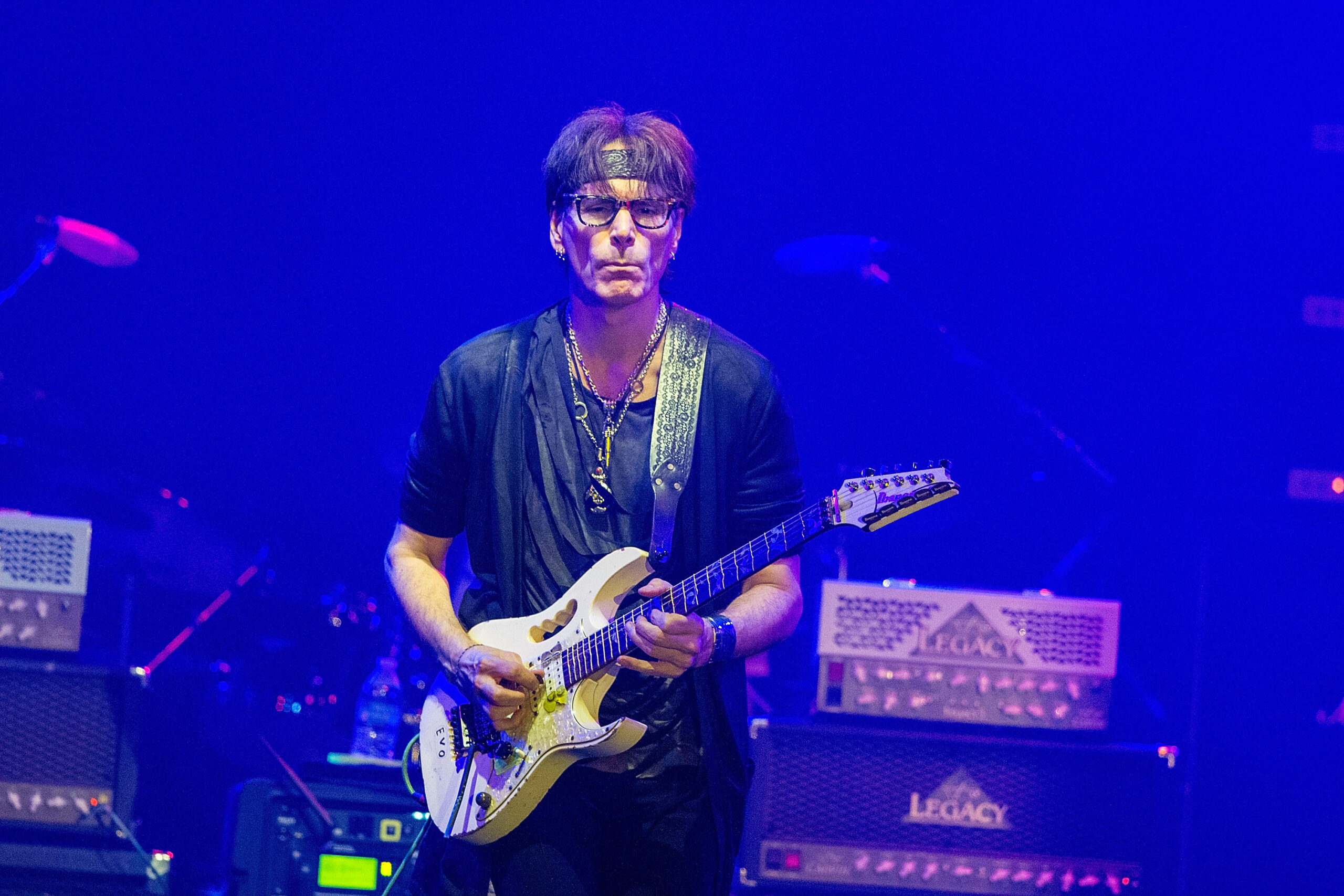