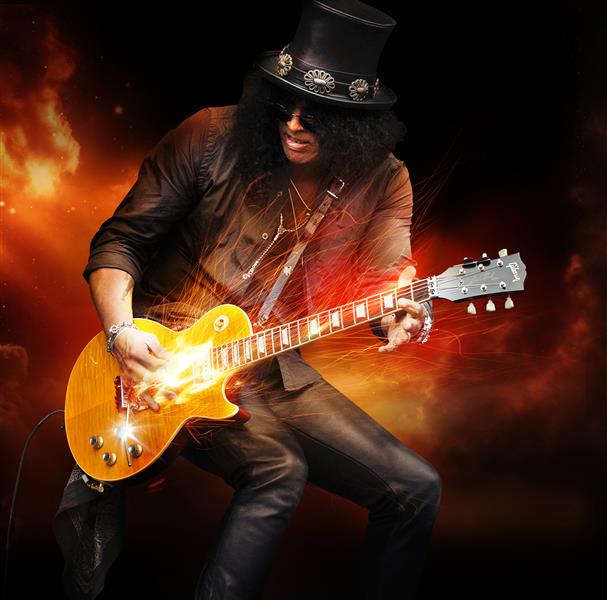 Slash: Top Hat and Tales..
What makes Slash the world's ultimate guitar icon? Jamie Humphries meets the man himself, while Levi Clay profiles the most instantly recognisable Rock guitarist in the world.

There are few guitarists as iconic as Slash. In fact, it wouldn't be too far off the mark to say that the general public probably immediately picture Slash when you ask them to think of a guitar player. Maybe it's that legendary image of low slung Les Paul, poodle haircut, top hat and cigarette; or maybe it's his inclusion in popular culture making crossovers into film, TV and even being the face of Activision's hugely successful Guitar Hero games. Slash's influence is much stronger than this though: he's not just an image of The Rock Guitarist, he's the real thing, being cited as a one of the best by modern icons such as Synyster Gates and Alexi Laiho and consistently being placed at the top of best guitarist 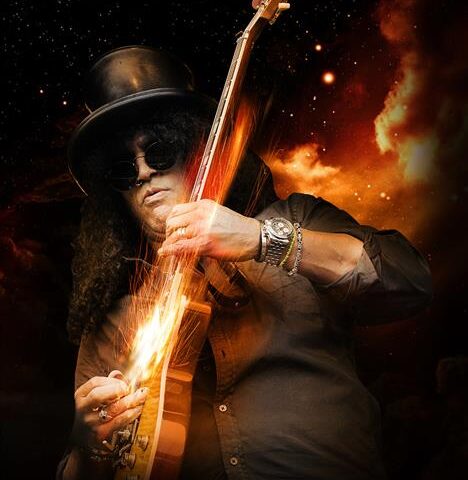 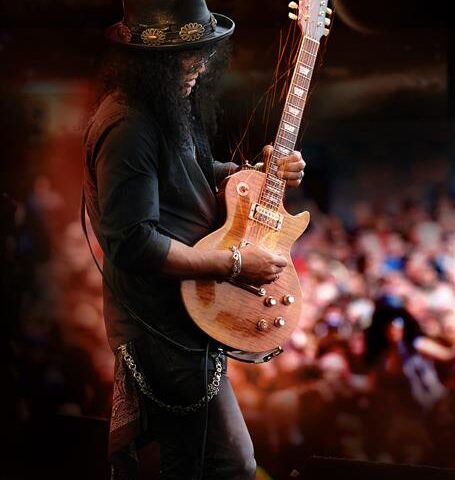