Robin Trower - A Touch of Magic 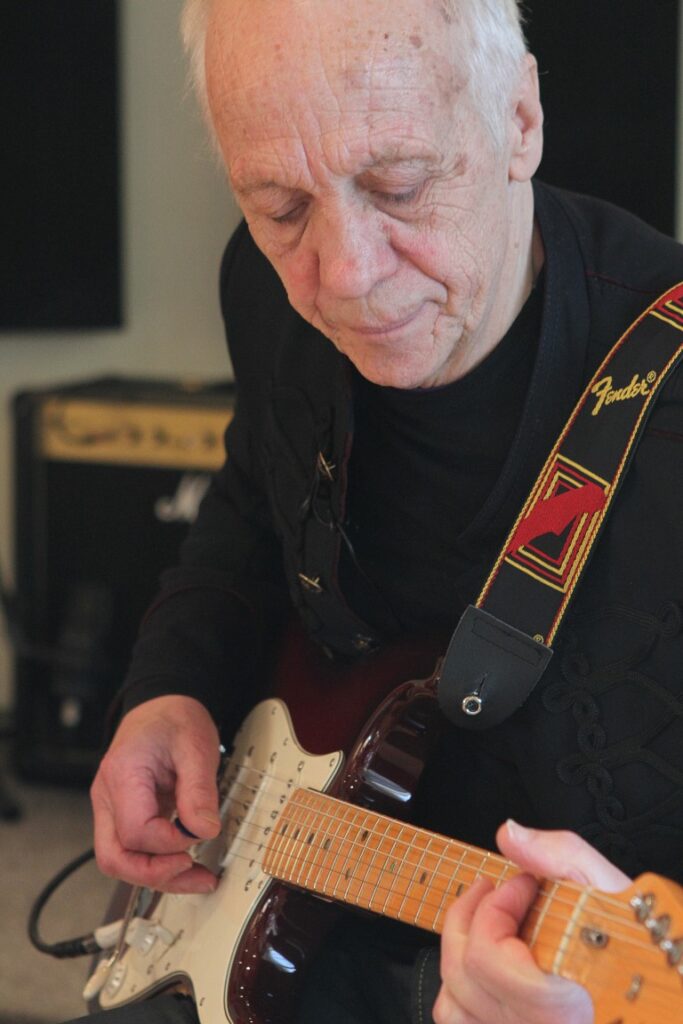 London-born Trower grew-up during the Rock 'n Roll era, so it's not a great surprise that his latest album, Roots and Branches, pays homage to that period's music, as well as incorporating Blues standards and some fresh material of his own.

As Robin Trower's long career is graced by the release of a long-awaited new album, Roots and Branches, Michael Casswell meets the British Rock-Blues legend and Gary Cooper considers the career of one of the greatest 'feel' players in the business.

It's purely coincidental that this issue's cover goes to the second 'feel' and 'touch' player in a row - last time Billy F. Gibbons, this time Robin Trower. Coincidental, but not an accident. As guitarists it's easy to get caught-up in technique and theory and while you are often applauded by your peers and contemporaries (when they're not, being guitarists, whispering behind your back how they could have done it so much better!) you're leaving your bewildered audiences miles behind. Ask any number of Jazz players.

Which isn't to damn either theory or technique: it's meant to put them in their proper places, as adjuncts to the music, not its masters. And what Robin Trower is most definitely is a master of tone, touch and feel. He, like Billy Gibbons, reminds us that you can often say more with one note than a dozen.

London-born Trower grew-up during the Rock 'n Roll era, so it's not a great surprise that his latest album, Roots and Branches, pays homage to that period's music, as well as incorporating Blues standards and some fresh material of his own. He's stuck with the power trio formula which has served him so well throughout his career and it's hard not to conclude that, well... here we are back again with that quintessential Rock band line-up - guitar, drums and bass. Cream, The Who, ZZ Top, the Jimi Hendrix Experience, Led Zeppelin, Rush. As Trower tells Michael Casswell in our interview - it givesÂ  a lot of freedom to the guitarist and is probably still the definitive form of the art.

Trower created his first successful band, The Paramounts, as long ago as 1962 (pre- Love Me Do Beatles, don't forget!). It included Gary Brooker on keyboards and after the Paramounts folded in 1966, he then joined Brooker's band - Procul Harum, which (fairly or not) remains fabled for the immortal Whiter Shade of Pale - a song not strong on guitar licks. Neither was the band's output as a whole. Whether the, then Gibson-toting, Trower felt frustrated by the lack of guitar exposure over the five albums he recorded with them, he doesn't say, but once he underwent the epiphany of hearing Jimi Hendrix playing (or so the story goes) that was that. The Gibson was ditched for a Fender Strat, a Univibe and a Marshall stack and in 1973 an eponymous new band was formed to launch a solo career.

I say 'or so the story goes' because Trower has been unfairly dogged by the 'Hendrix imitator' tag at times in his career and it is, quite simply, untrue. Yes, he used - and still uses - a lot of sounds borrowed from Hendrix, and he is the first to pay tribute to the great player. But if you listen to Trower's albums, rather than relying on what non-playing critics say, you realise that while there was influence, it wasn't copying. Trower's strong melodic sense gives him an individual voice and a lot of the comparisons are due to the years both he and Hendrix spent playing Soul music - Hendrix with a succession of US bands, Trower with the Paramounts in the UK. They both had Soul music backgrounds - and it shows.

The music producer and entrepreneur, Simon Napier-Bell has written a book (Black Vinyl, White powder) that links fashions in 20th Century Pop and Rock music to the recreational drugs that happened to be fashionable at the time. You can agree with him or not, but there's simply no escaping the lazy, stoned vibe of classic era Trower. The all-time classic Trower album, Bridge of Sighs from 1974 almost epitomises an era, its music and its, um, recreational tastes.

To make a power trio work, as we said with ZZ Top, you need a superb rhythm section and that is something Trower has always had. His original drummer, Reg Isidore, was perfectly in the groove and when he left, he was replaced by the fine American drummer Bill Lordan who had the rare distinction of having played with no lesser funkmeisters than Sly and The Family Stone! Both he and Isidore shared rhythm duties with a hugely underrated Scottish musician, James Dewar. Dewar was a solid bass player but a staggeringly good singer (much in the Frankie Miller tradition) who had that supernatural ability to be able to hold down a bass line and sing at the same time.

Trower stuck to the magic formula, teaming-up in the 1980s with another Scottish genius, Jack Bruce, for the BLT (Bruce, Lordan, Trower) album, later bringing Reg Isidore back behind the kit for a spell, then bringing James Dewar back for a final album, 1983's Back It Up. Tragically, Dewar died in 2002, due to medical complications following an operation.

Trower's golden era was captured on a succession of albums. The band's first release, 1973's Twice Removed From Yesterday, was followed by the hugely successful Bridge Of Sighs, then, in rapid succession, cameÂ  For Earth Below, Long Misty Days and In City Dreams.

Looking back, 1976 was probably the wonder year. It not only saw Trower with perhaps his finest line-up, with Dewar and Lordan, but at the peak of his popularity and releasing two superb albums - Long Misty Days (the title song of which remains lodged in your memory years after you've first heard it) and what is one of Rock's most extraordinary live albums - so extraordinary that it reached the US's Top 10 charts.

It's simply called Robin Trower Live and it was recorded at a gig in Stockholm during 1975 by the Swedish Broadcasting Corporation. Trower has said that he had no idea it was being recorded at the time and certainly the band had no idea an album would come from the gig but, like The Who's legendary Live At Leeds, it was one of that tiny handful of live albums that actually adds to a band's legacy, rather than making you wish they'd stuck with studio releases. It's free, powerful, soulful and apparently completely untouched by overdubs and post-event fiddling, having been recorded on analogue gear with minimal processing. If you have ever doubted live albums can work, you owe it to yourself to seek this one out!

On the face of it, Robin Tower's sound and approach shouldn't be too hard to emulate. The starting point is the classic Strat and Marshall combination and, mercifully, not the legendary 1952 Strat made on a Wednesday afternoon, with the neck screwed on by .... you know the score. In fact, as Trower says in our interview, he is quite happy using new ones and has his own signature Strat to prove it.Â  The same with amps. Yes, his classic era sound was from classic era valve/tube Marshalls, but today he uses a pair of Marshall's fine Vintage/Modern 50 Watt combos. The effects are easy, too - they are all by Fulltone, and all widely available, though most good quality pedals will do unless you are trying to be 100 per cent authentic. My colleague Mr Casswell even asked Robin to go through them one at a time, which he generously does in our video.

Strings? It's getting trickier here. Time was when the great man used a set of tens but these days he has gone up a bit at the skinny end, to a 12 and a 15. He also tunes down a whole tone, which makes for some superlative tonal weight to his trademark long, slow bends and vibratos.

As for the rest, the trademark Robin Tower sound (as you will see in his jam with Casswell) is with the Strat set firmly to the neck pickup. The only slight question mark here is that in a fascinating 2008 interview with Paul Gilbert in Guitar World, Trower talks about using the middle pickup quite a lot. Maybe he did, but most players would immediately associate him with the neck option. Perhaps more significant is that an out and out shredder like Gilbert (rated as one of the greatest of all time) cites Robin Trower as one of his personal 'greats'. Listen to the roots Trower himself draws on - BB King, Albert King, Otis Rush, the Soul music he grew up with (he's reputed to pay special tribute to James Brown) and pay extra special attention to that sweet vibrato and bending technique, which, along with his gift for melody, make Robin Trower an instantly recognisable master of Blues/Rock. 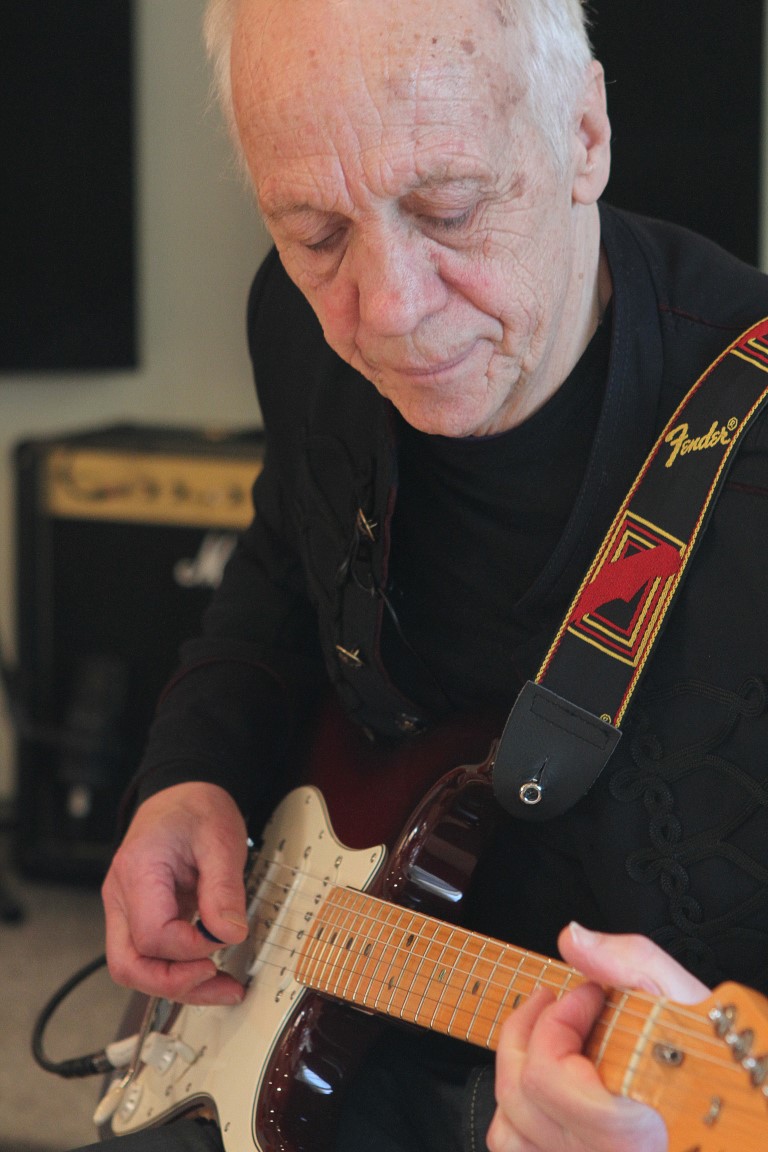 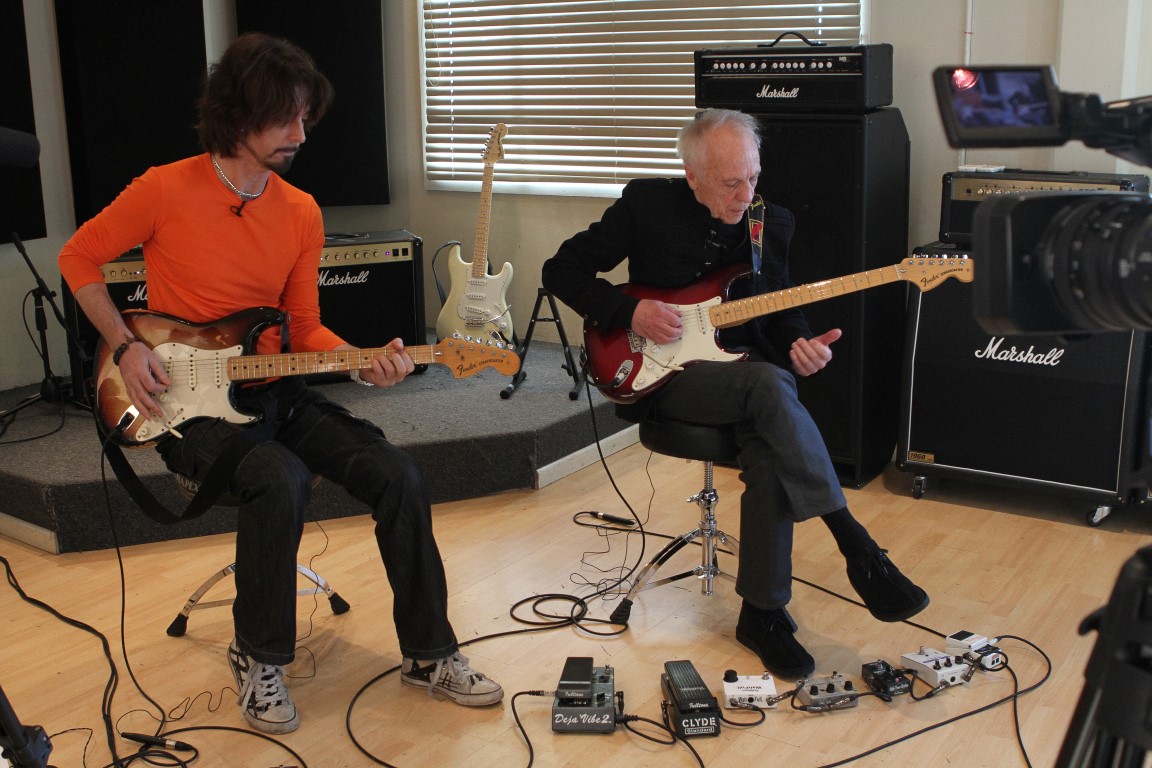 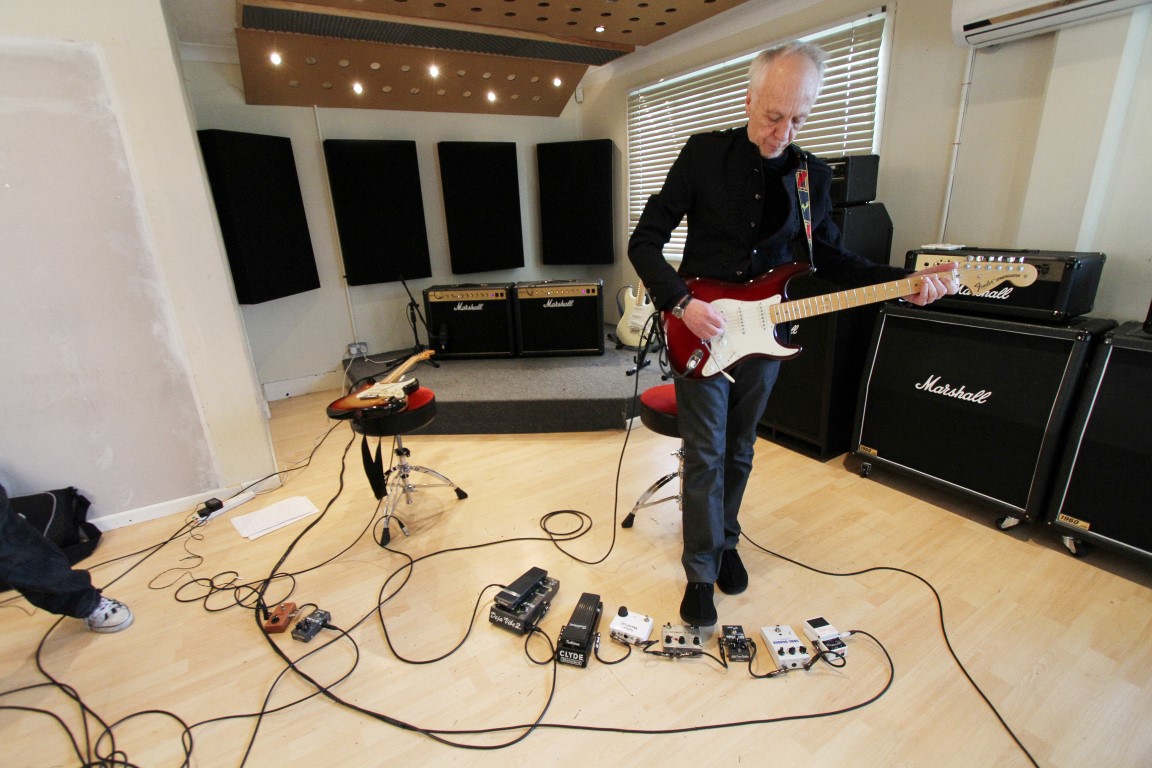