Robin Trower - A Sense of Direction 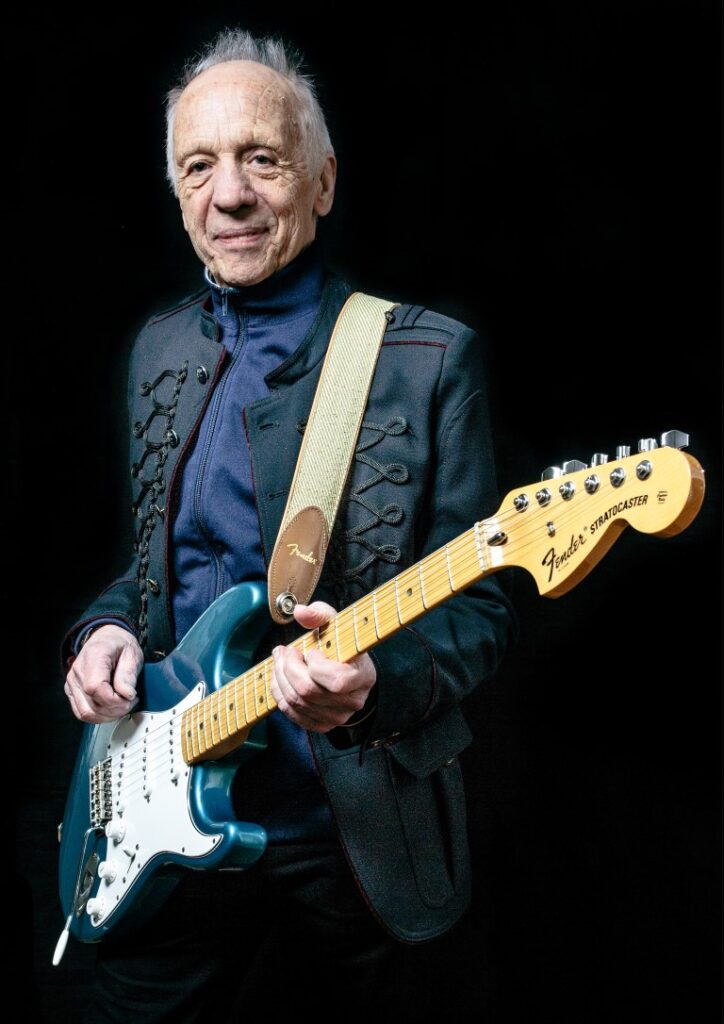 Robin has an open mind about all styles of playing and music, he seems to love it all.

It was a hot sunny afternoon and I'd been invited to meet British Blues legend Robin Trower at his local recording/rehearsal space. Walking up to the building I could hear some incredibly tasty playing coming from inside -Â  it was clear that Robin was busy practicing at his own unique practice volume, and it sounded amazing! Once inside I was greeted by his tour manager and then by Robin himself. He was keen to find out what kind of interview this would be and if he could perhaps talk about some of his lead ideas and how they help inspire different improvisations. You bet he could!

I have to say I was quite nervous at the prospect of meeting this Blues legend, but he was warm, welcoming and very keen to share with us some of his wisdom throughout this special interview. He had kindly set up his signature guitars, Marshall amps and pedals for the interview, and we even got to jam, which was a fantastic experience!

Robin was plugged into his hand wired Marshall Bluesbreaker amp, so you might say things got a little loud, the notes resonating around the room and all the nuances of Robin's playing soaring with each note he played. When we were checking camera microphone levels, Robin asked something along the lines if he was loud enough' everyone nodded keenly!

I think one thing that separates Blues legends such as Robin Trower from other guitarists is this live volume' thing. It is so important to get that tone from the fingers through the amp, Robin wasn't afraid to crank the master volume and let the notes soar! After our first jam in the video section of this interview I was totally flabbergasted by the sheer impact, detail and over all cool style of his unique Blues playing. Something I am very honoured to have witnessed next to him, straight from his amp to my ears. Nothing beats it!

We start the interview talking about Robin's amazingly long career to date, from joining his first major group Procol Harum, releasing many iconic albums through to his own band releasing Blues Rock classics such as Bridge of Sighs and later on with albums such as Victims of the Fury (interesting factoid - Bridge of Sighs still sells 15,000 copies a year! - Ed). After a brief time with Bryan Ferry from Roxy Music and various projects with Cream bassist Jack Bruce, he continued to release solo material all the way up to the present day with his latest release Where Are You Going To (oops I said that wrong in the interview, but Robin was very polite about it!) he has been releasing at least one album every one to two years since the early 1970s and touring with them. It is certainly inspiring to see this man play and still have such passion for the guitar.

I really wanted to dive into what keeps Robin's interest in music, what his philosophy towards learning the instrument is and creating music. He has such an open mind about all styles of playing and music, he seems to love it all. And his advice about creating your own voice on the guitar is something that I feel we all need to take note of. He mentioned that it's great picking up bits of ideas from your favourite players but you should be aware not to overdo that, spend time with the instrument listening to the different ways you can play notes rather than trying to copy 100% what someone else is doing. This way you will start to really create your own voice, licks and hopefully as a by-product of all of this, you will naturally sound like yourself. Which in a world packed with guitar players is an important thing.

Robin shared a few improvised licks with us, spoke about how he really tries to do something different with each note in the lick in order to discover the possibilities of what might seem at first like a simple idea. He demonstrated this in the interview with a really cool pentatonic phrase that made my eyebrows do some strange things. This man's expression on the guitar is truly amazing!

We spent some more time talking about his career and approach to guitar playing but then we spoke about his tonal approach. He likes it simple and believes that tone should come from the fingers and you should set up your equipment to best represent what your fingers are actually doing. He tunes down a whole step and uses some pretty heavy strings on the top B and E strings so he can really grab them for that awesome vibrato of his. He goes through a very modest array of pedals made by Fulltone, including a unique pedal that was made for him that emulates the sound of a wah pedal but stuck in one position for a different tonal context. It is also important to note that Robin uses a Univibe for his awesome psychedelic sounds on songs such as Bridge of Sighs'. But apart from this small array of pedals, Robin doesn't really rely on them, he sees them as extra colours to add to solos, especially in longer extended solo sections, it really adds texture and interest to what he is doing.

Meeting this legend was an eye opening experience for me and I hope that the video interview has the same effect on you. Robin Trower is a true master and legend of British Blues and it was an honour to sit and chat with him and find out what really goes on in the head of master! 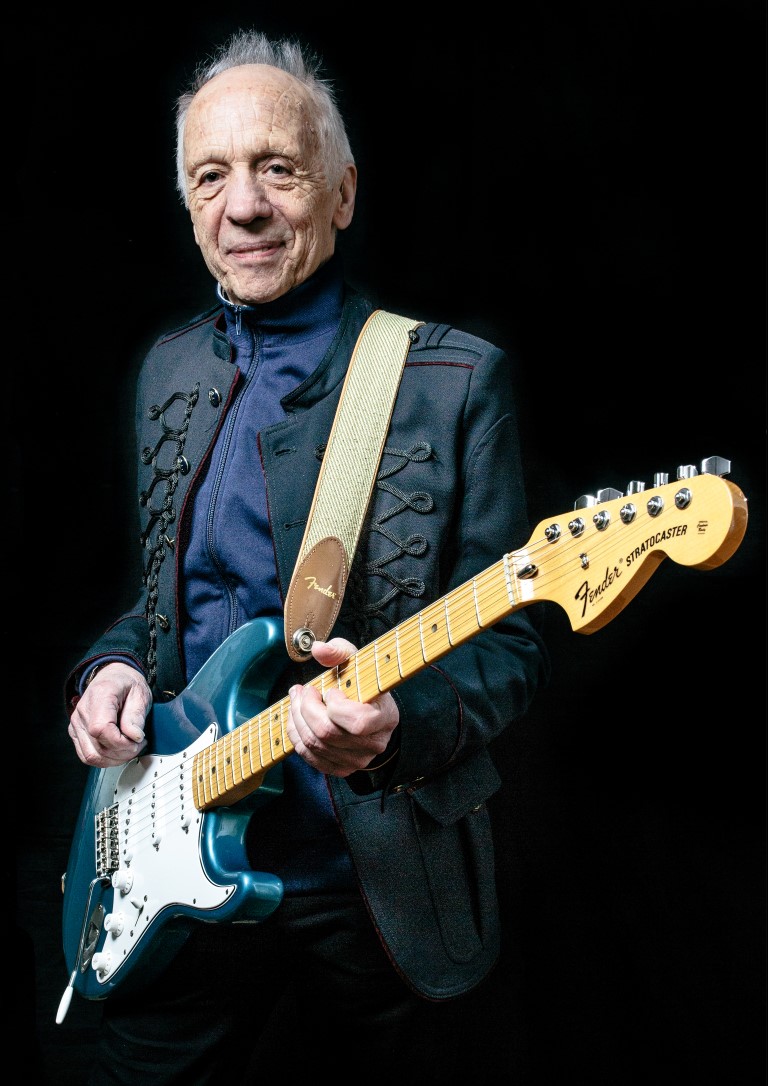 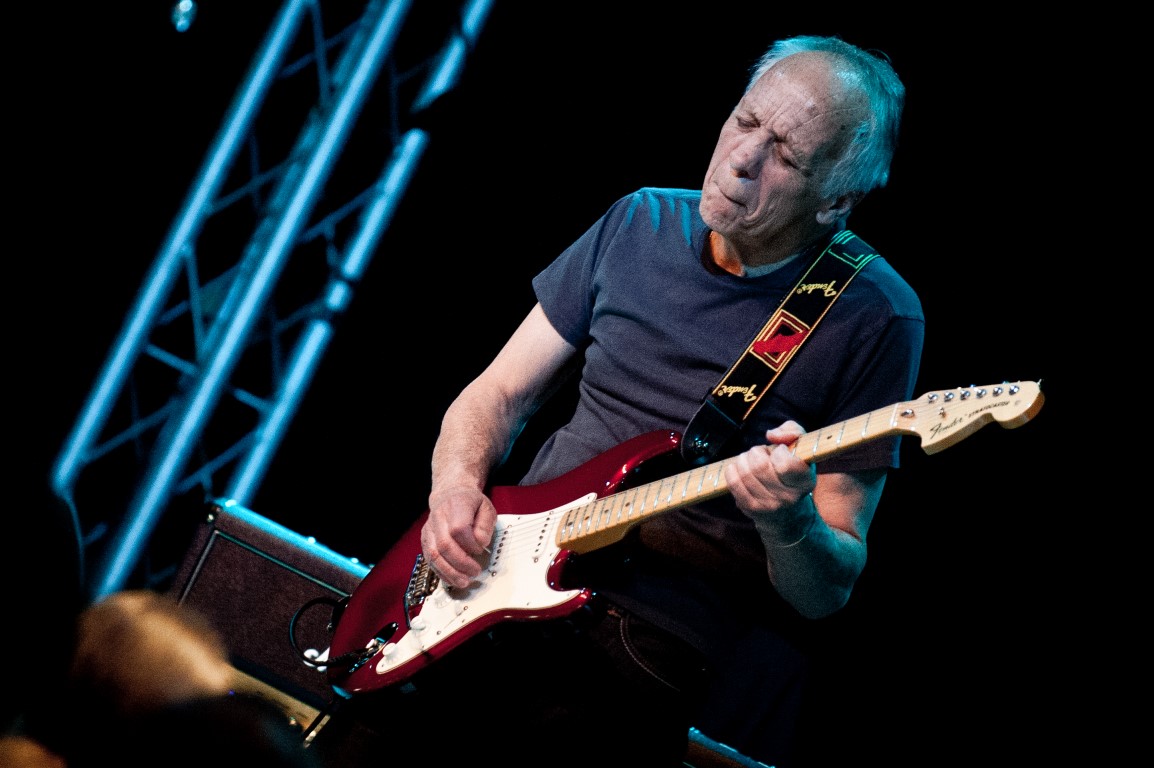