Robben Ford - Where the Blues Went Next 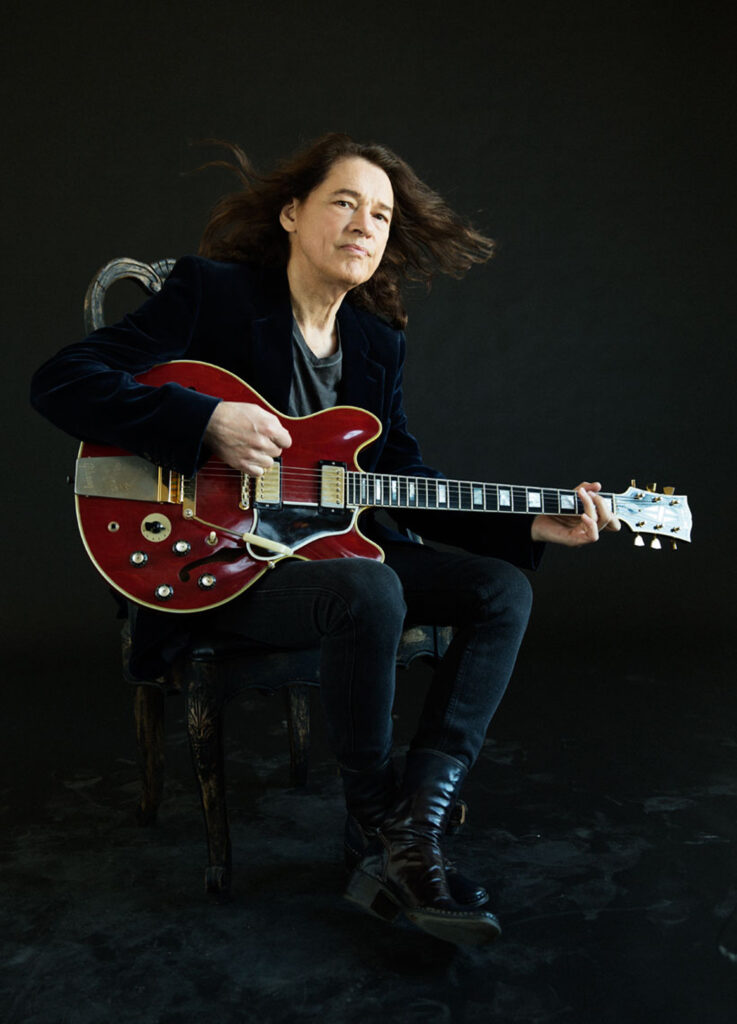 Robben's CV with other players reads like a who's who of music, from Miles Davis to George Harrison, John Mayall to Barbra Streisand and even Kiss - we could look into every record he's played on, but the more interesting question is just why he's been so in demand.

Robben Ford is one of America's most influential guitarists. Five times nominated for a Grammy award, he has worked right across the spectrum of contemporary popular music and is a regular answer to the 'who is your favourite guitarist?' question when you ask the world's top players. Levi Clay meets one of guitar's perennial stars and also offers this overview.

Born in California in 1951, Robben Ford is one of the most influential names on the Blues/Fusion scene, having played with some of the biggest names of the genre, and also releasing over 20 albums under his own name over the last four decades.

In his formative years, Robben played saxophone before picking up the guitar at 14. While still young, he formed the Charles Ford Blues Band with his brothers, who put out several records over the years. He went on to be snapped up by legendary jump Blues singer Jimmy Witherspoon before moving to the Jazz/Fusion group, L.A. Express. It was with this group that Robben got experience working with folk icon Joni Mitchell, as she stretched her considerable talents beyond her Folk roots on the two albums Miles of Aisles and The Hissing Of Summer Lawns. He also formed the group that would go on to be the Yellowjackets.

Robben's CV with other players reads like a who's who of music, from Miles Davis to George Harrison, John Mayall to Barbra Streisand and even Kiss - we could look into every record he's played on, but the more interesting question is just why he's been so in demand.

The reality is, Robben was (and still is) one of the best in the business and brings a sophisticated Jazz edge into his playing without losing the genuine Blues and Soul sound that he grew up on. Just listening to tracks like Talk To Your Daughter, you'll find real Blues phrasing a la Albert King, Freddie King and Buddy Guy, - not to mention a tone to kill for and enough variation on the Blues form to keep you coming back for more. On Help The Poor he expertly plays over a thumping minor groove and navigates everything (including the A7#5 chord) using nothing but the Blues scale. On the repeat though he kicks it up a notch and uses the superlocrian scale over the A7#5 to really bring out the Jazz in his playing. It seems obvious, but at the time, this was such an in your face ear twister for anyone into classic Blues. It was sophisticated, but still 100% Blues, and you didn't know why, but you found yourself drawn to the playing and unable to let go.

In terms of solo material, dig out 1988's Talk to your Daughter and 1997's Tiger Walk. Over the years Robben has shown what an incredible song writer he is, giving that the focus over his playing, for that reason I'd recommend 2007's Truth (the BB King tribute song Riley B. King is a highlight) and 2013's Bringing it Back Home.

When it comes to gear, don't expect to be able to sound like Robben on the cheap, aside from having unbelievable touch on the instrument, the tools he uses are also out of reach of most players. Guitar wise he's been using a selection of vintage instruments for many years now, from '50s Les Pauls to '60s Telecasters, 335s, SGs and even an Epiphone Riviera. Pickup wise we're talking everything from humbuckers and Tele bridge pickups to P90s, so it's really not about the gear here, it's what you do with it. Get control of your volume knob and tone knob and learn to control the instrument and you'll get close with anything, if you know what you're doing. Having said that, Robben did have a signature line with Fender many years ago which resembles a double cut Les Paul (it was essentially an Esprit), so he obviously favours the double humbucker set-up.

It's the amp where things get complicated as Robben tours with an actual Dumble Overdrive Special. These amps are things of legend and raved about by players like John Mayer, Larry Carlton and Joe Bonamassa, but when you can find one you can expect to pay about $40k! Thankfully there are many companies out there who will make a Dumble clone for a more reasonable amount, Larry Carlton tours with a Bludotone amp for example.

On the subject of Larry, check out the many collaborations between the two that can be found on CDs and DVDs across many years. Some might even say they're the perfect duo, complementing each other's playing perfectly. Either way it's a masterclass in phrasing and feel.

2015 sees the release of Robben's latest record, Into the Sun. A fantastic record displaying more of what you'd expect from Robben. Great songs such as Rose of Sharon, Justified and High Heels and Throwing Things, along with some truly fantastic playing, and including guest appearances from guitar legends like Allman Brother Band guitarist Warren Haynes, and slide extraordinaire Sonny Landreth. It really is a record worth checking out, even as an introduction to such a rich legacy of guitar. 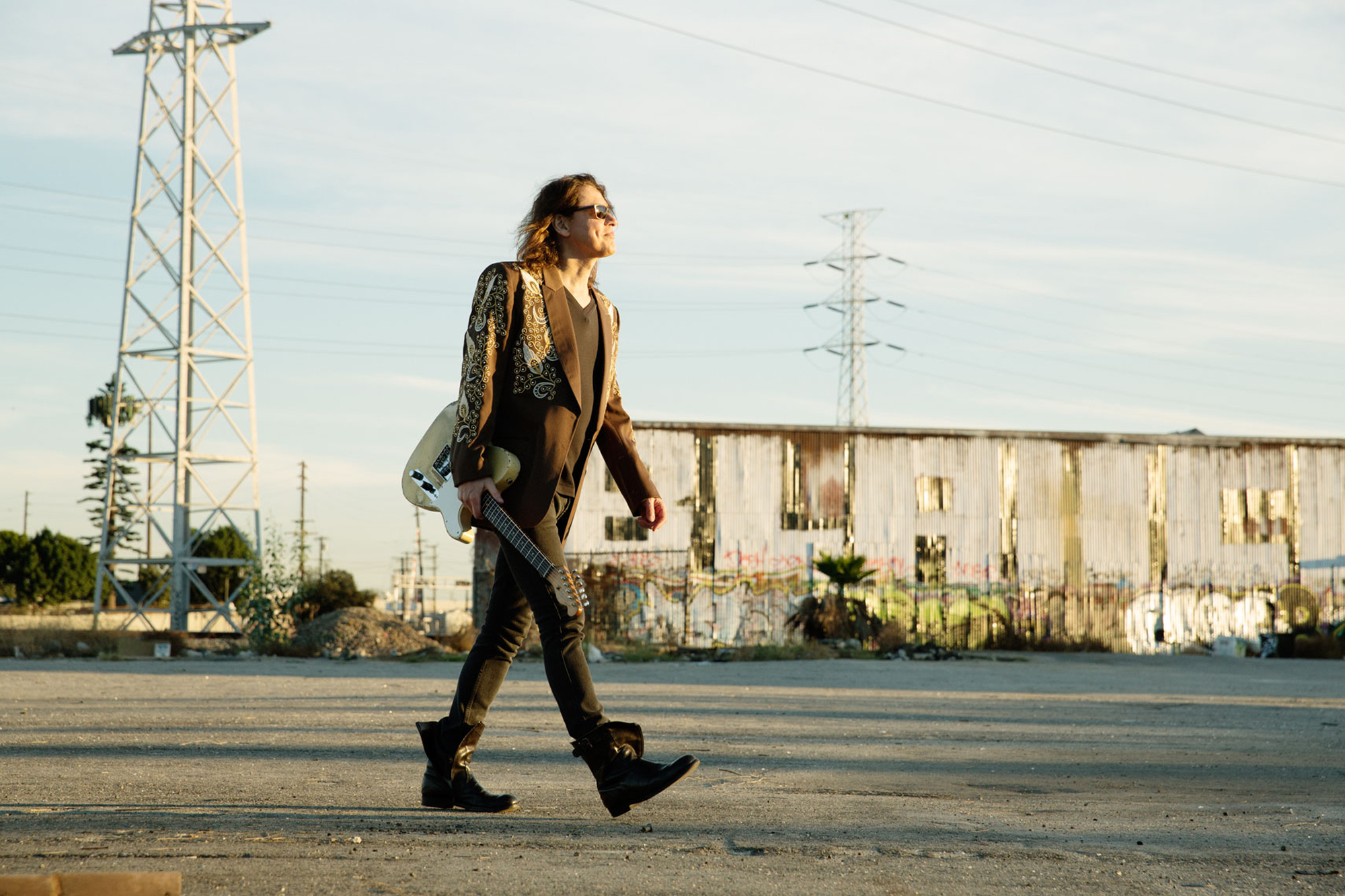 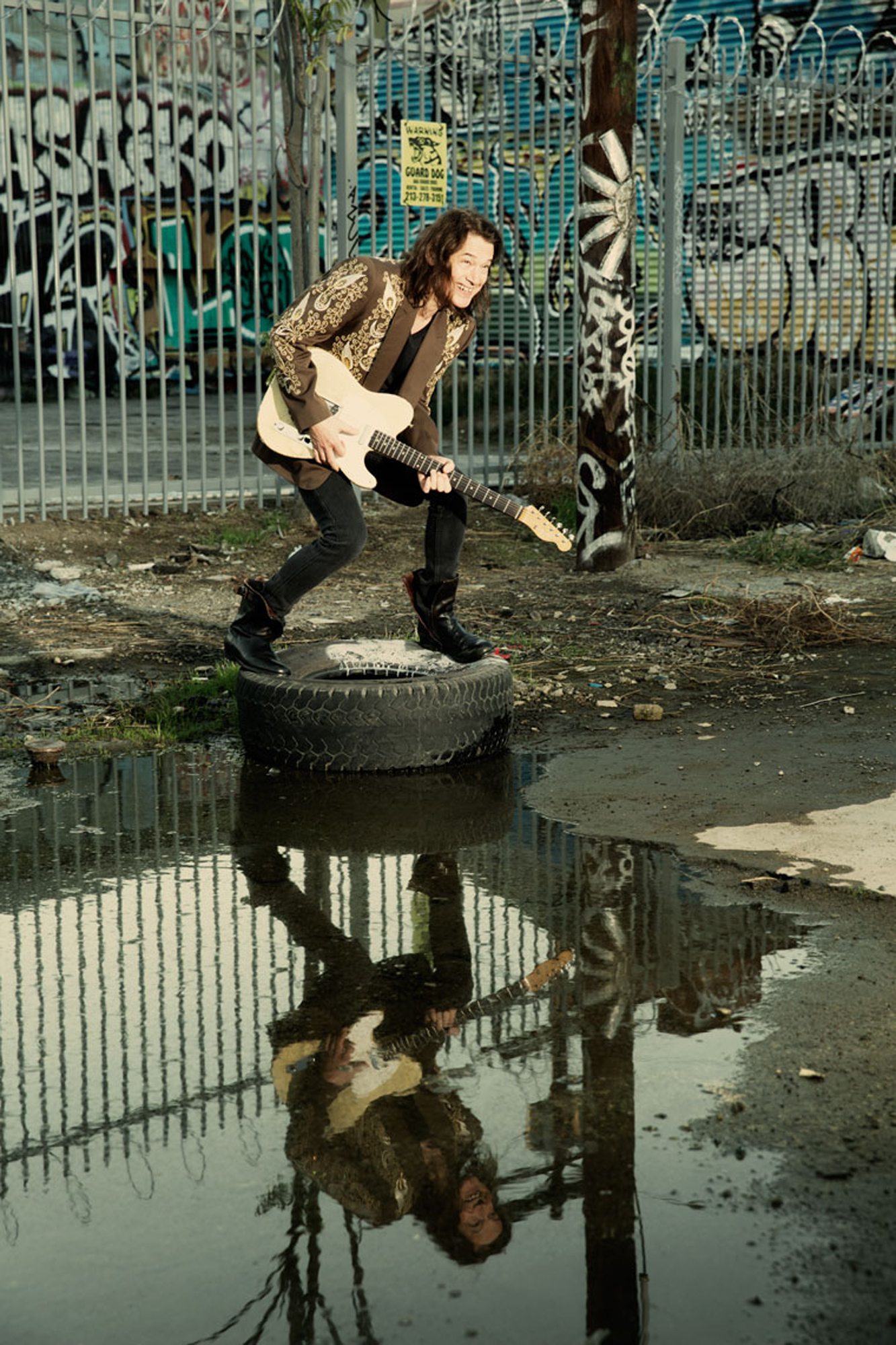 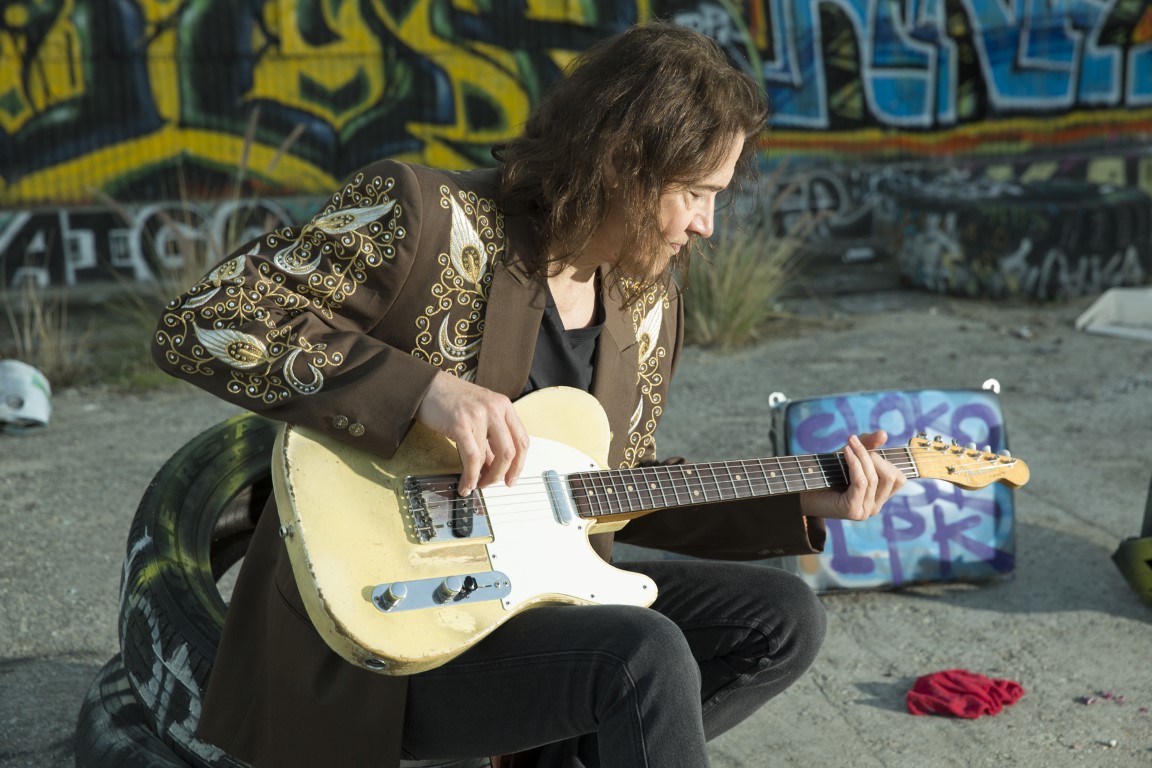 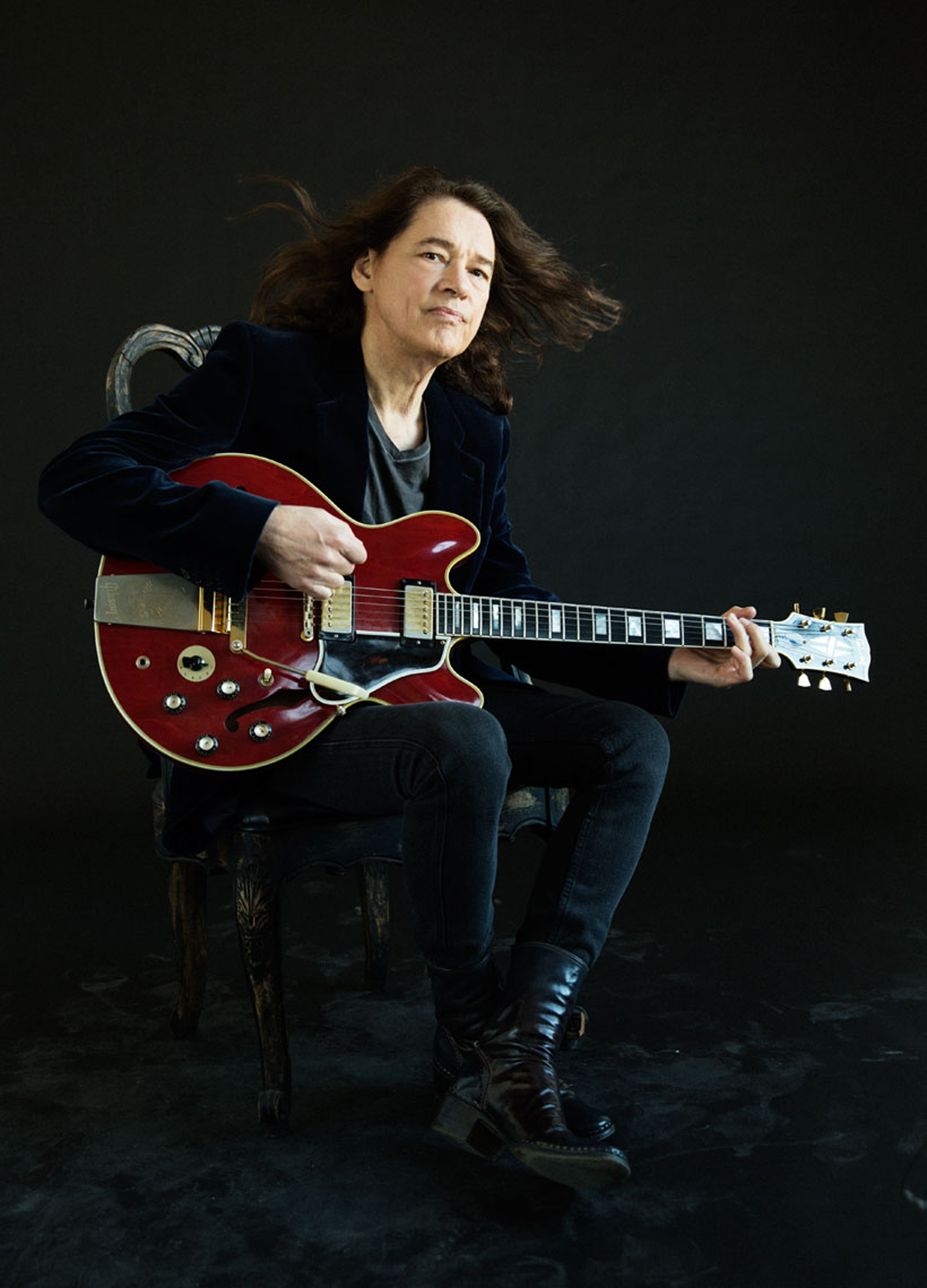