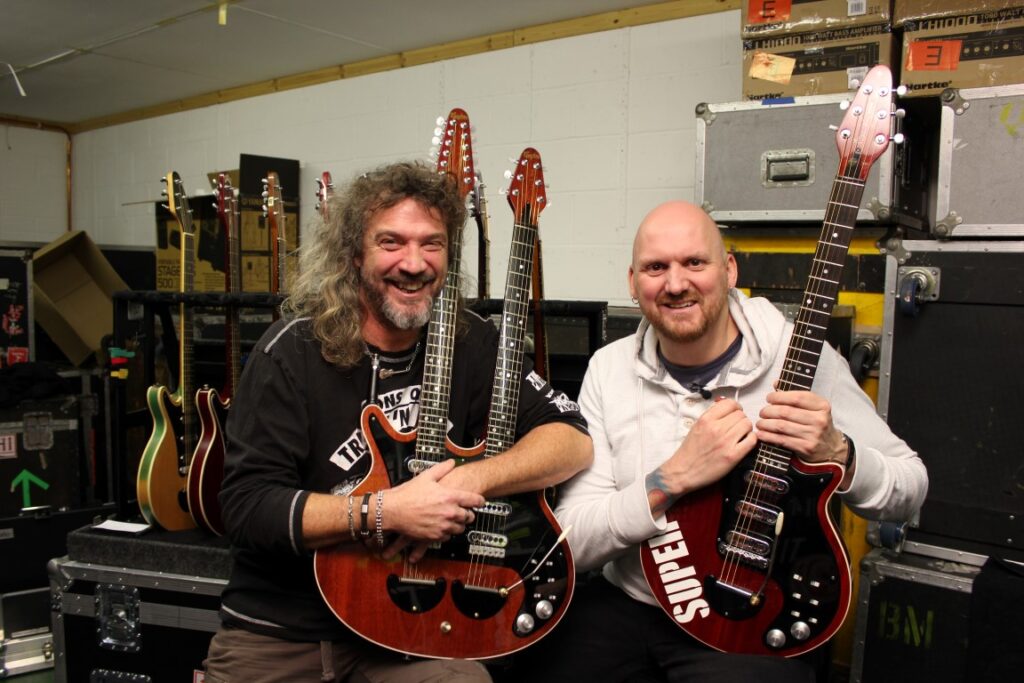 When it comes to a detailed knowledge of Brian May's guitars and rig requirements, Pete Malandrone is the fount of all knowledge.

When it comes to a detailed knowledge of Brian May's guitars and rig requirements, Pete Malandrone is the fount of all knowledge. For more than 20 years he has been Brian's right hand man, responsible for keeping an idiosyncratic array of products working for some of the biggest shows in earth. Jamie Humphries met with Pete to look at some of Brian's guitars and discuss the fascinating development and history of the many Red Special replicas and derivatives.

How do you go from one day being a British Telecom engineer to the next being the guitar tech for one of the biggest Rock guitarist in the world? Well that's what happened to Pete Malandrone, who holds the title of having possibly the most coveted guitar tech gig in the industry. It's Pete's role to know exactly what Brian May wants when it comes to his guitar set-up and his rig so it goes without saying that he knows the world famous Old Lady' guitar inside out, and is responsible for taking care of what is probably one of the world's most instantly recognisable guitars. Pete's role also includes setting up Brian's rig from show to show, as well as maintaining it, and also handling guitar teching duties; changing strings, (Brian uses his own signature set of gauge .009 Optima Gold strings in case you were wondering), general maintenance, and the various guitar changes called for in a set. On top of this Pete is responsible for switching Brian's effects during a live performance, essentially becoming part of the performance himself.

Pete is kept busy working for Brian constantly. When he's not on the road he's working at Brian's studio on the outskirts of London. He's also involved heavily with Brian May Guitars, overseeing R&D, and production, and also looking at ways the guitars can be improved.

On a personal note, I've known Pete for many years, and have toured with him when I was in the Brian May/Kerry Ellis Anthems band, and over the years I've been fortunate enough to have seen quite a few of Brian's guitars and play them. Brian even lent me his Green Guyton RS replica that I toured with for several months. After chatting with Pete about putting this feature together we decided it would be great to look at how the Red Special replicas have evolved over the years, and get as many of them out as possible for our video shoot. I also felt it would be great for readers to have a chance to hear the kind of things that a tech for a world-class guitarist has to do.

Before looking at the replicas let talk a little bit about the Old Lady' herself. We decided not to feature the original in our video, incidentally, as Brian spoke about the iconic guitar in his interview section. I felt it was important just to look at some of the key differences between the originals and the reproduction guitars, albeit that the Fryer and Guyton guitars are pretty much exact.

The original Old Lady was constructed from a variety of woods; the body is built around a thick piece of oak that takes the strain of the neck, while the body shape is made from block board. The body is largely hollow, and was originally going to sport an F 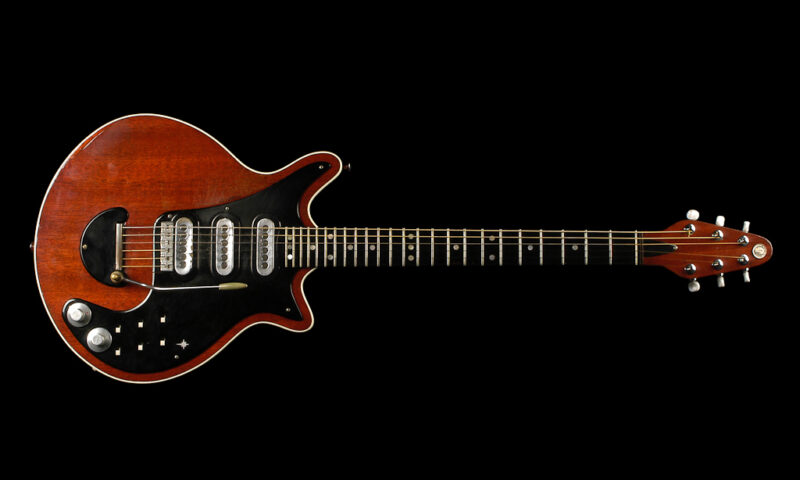