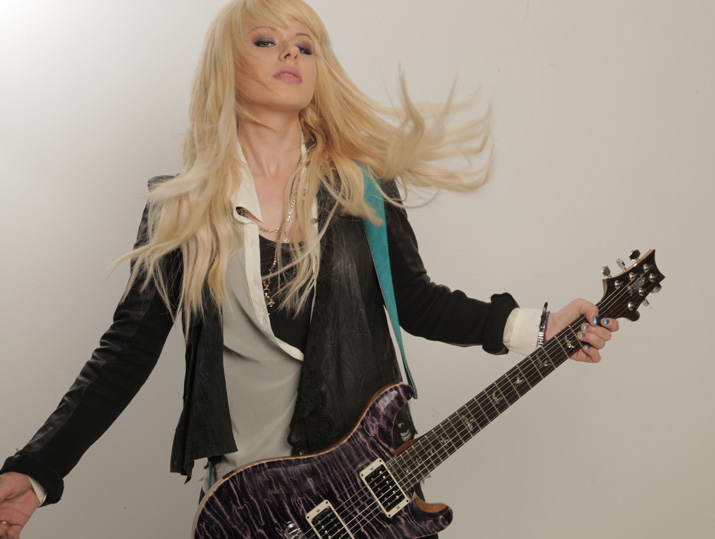 Debuting with Santana at 18, playing with Steve Vai, Michael Jackson, Prince and Alice Cooper, playing Eric Clapton's Crossroads Festival, having her own signature PRS model - Australian guitar goddess Orianthi has achieved more in a handful of years than most players do in a lifetime. Stuart Bull meets the guitarist who is finally convincing even the die-hards that girls really can play Rock guitar. Tim Slater adds the profile.

When Michael Jackson died suddenly in June 2009 it was a devastating blow, not only for the singer's family and friends but also for the band that Jackson had assembled for a series of farewell concerts entitled This Is It' that were scheduled to take place at the London 02 Arena later that summer.

The DVD of the rehearsals for the doomed shows demonstrates that when it came to choosing the right musicians for the job, Michael Jackson's instincts rarely failed him. During one brief sequence, Jackson plucks the slightly built blonde female lead guitarist from among his band and guides her into the spotlight. Prior to instructing the band to kick in with the riff to Beat It' Jackson softly intones to the youngster This is your chance to shine!