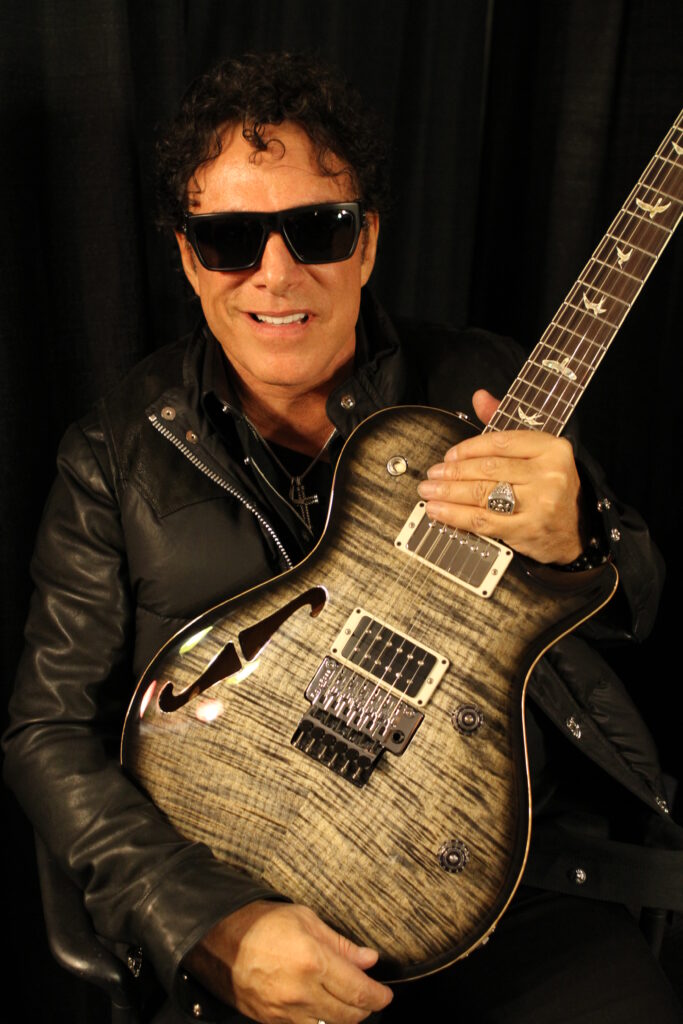 Who knows where musical ability really comes from? But if you happen to believe it's an inherited trait, then Neal Schon had the perfect pedigree.

Neal Schon has been at the top of the tree since 1971 - when he was asked by both Carlos Santana and Eric Clapton to join their bands! The founder of Journey way back in 1975, Schon has been the sole constant member throughout its 14, million-selling album and endless touring history. GI's Stuart Bull met Neal for not just one, but two in-depth interviews, plus an exclusive look at Neal's system with tech specialist Adam Day, while Tim Slater profiles one of Rock guitar's most enduring greats.

Imagine being 15 years old and being invited by Eric Clapton and Carlos Santana to join their respective bands. Sounds like the stuff of fantasy doesn't it? But American Rock guitarist Neal Schon was a gifted teenage prodigy who got his big break at the tender age of 15 when, in 1971, Carlos Santana out-manoeuvred Clapton and secured him as second guitarist. Santana's pioneering Latin-Rock fusion band was still riding high on the momentum generated by its scene stealing appearance at Woodstock three years previously, but even greater success was to follow, with Journey, just four years later.

Who knows where musical ability really comes from? But if you happen to believe it's an inherited trait, then Neal Schon had the perfect pedigree. Besides being in the military (Schon was born at Tinker air force base in Oklahoma) both of his parents were highly accomplished musicians; his mother Barbara was a professional singer with USAF big bands, while his father, Matthew Schon, was a Jazz tenor saxophonist, composer and arranger, who also taught reed instruments. Maybe it was inevitable that music would feature prominently in Schon's early years.

Tutored by his father on saxophone and oboe, Schon also started fooling around on guitar at the tender age of five but didn't really fall under the six-string spell until his father, a Beatles fan, bought his son an acoustic guitar when Schon Jr. was ten. It was the perfect time, with the electric guitar becoming the iconic instrument of the era.

Neal Schon's later accomplishments with Journey have tended to overshadow his huge abilities as a guitarist but Journey's slick commercial sound is unfailingly underpinned by Schon's highly lyrical guitar work. An intelligent and tasteful guitarist, Schon is nevertheless a difficult man to pigeonhole. His playing typically features flowing and impeccably judged melodic lines, juxtaposed with blistering aggression but Schon is way too commercial to be classed as a Fusion player and too well-schooled to be labelled a pure rocker (Wes Montgomery was an early influence). Probably the closest comparison is Steve Lukather, another American guitarist (see GI issue 15) whose bluesy roots and Pop sensibilities are harnessed to a solid Rock foundation.

Describing Neal Schon as merely a Rock' guitarist would do him a grave disservice, though; his extensive musical background lends his playing a distinctive gravitas and sophistication, whilst his talents as a songwriter and arranger are demonstrated by Journey's impressive hoard of gold, diamond and multi-platinum albums, which are estimated to have achieved an epic 80 million sales worldwide!

Journey has been the mainstay of Neal Schon's career since 1973 but he has alsoÂ  enjoyed collaborating with others. A brace of LPs (Untold Passion and Here to Stay) recorded during the early 1980s with keyboardist Jan Hammer, demonstrated Schon's guitar work in a more progressive context, while his lead vocals lent some of the duo's material a decidedly MTV-friendly sheen.

Schon's next project, HSAS, with vocalist Sammy Hagar, could well be described as providing Hagar with his audition for Van Halen, such was the music's similarity to VH's trademark good-time Rock, laced with grandstanding guitar solos. One outstanding feature of Schon's work with HSAS was his use of the Roland GR-300 guitar synthesizer and GR-505 guitar controller. This early analogue guitar synth was primitive compared to Roland's modern digital guitar synths but in 1983 the GR-300 and 505 were right on the cutting edge; Schon uses both to good effect on the portentous Valley of the Kings', using the synth's harmonizer setting to provide appropriately majestic-sounding stacked harmonies.

However, Journey was always going to be Neal Schon's natural home. Working on the kudos and reputation he had established during his short tenure with Santana, he had founded the band in 1973 with the view to using the outfit to provide a ready-made backing band for artists working in the San Francisco area. The original lineup - which also featured drummer Prairie Prince, later of The Tubes and Todd Rundgren - secured a recording deal with Columbia that, reflecting the climate of the time, allowed the band to develop, despite its first three albums failing to achieve any significant success (record companies today, take note! Ed).

Schon took singing lessons and began to incorporate harmony vocals into Journey's sound and with the addition of lead vocalist Steve Perry, who joined in late 1977, by the time that they recorded their fourth album Infinity (1978) Journey had finally arrived at their signature sound - a polished Pop/Rock crossover. Infinity helped to finally crack the US charts, making it to number 21 and marking the band's first platinum disc. And that was just the start!

It wasn't without a cost. Critics liked to sneer at the band's commercialism and lambasted both Schon and Journey for selling out' and exploiting their music and image beyond the supposedly acceptable boundaries of Rock, by licensing deals with computer games and... well, just about anything that was on offer. It was a curious criticism that could just as easily have been levelled against artists as far back as Elvis or the Beatles.

Neal Schon stayed loyal to Gibson guitars throughout most of his career with Journey, before moving to PRS, as he tells Stuart Bull in our interview. Originally favouring a distinctive wine red 1970s Les Paul Standard modified with a Floyd Rose vibrato and a P-90 single coil at the neck, similarly spec'd Les Pauls featured prominently amongst his guitar armory throughout the 1980s and 90s, with Marshall amplifiers also taking pride of place. During the mid '80s - in common with many guitarists of the era - Neal also briefly flirted with solid-state amplification in the form of Roland JC-120 Jazz Chorus combos. Today, of course, he is most associated with his signature PRS, which we have on review in this issue.

Neal's current rig is basically an updated version of his favourite setup. GI's Stuart Bull was treated to a full run-down of by both Neal himself and his tech, Adam Day.

I had written what I thought was an up to date run-down of Schon's current onstage line-up but the indefatigable Stuart Bull has an even more up to date version in our videos, so suffice it to say that the second major change in the Schon armoury has been the adoption of Fractal Audio's mind-blowing Axe FX II system. Apparently, not only does it deliver the sounds he wants but is helping to keep the onstage volume to a more tolerable level. A tinnitus sufferer, Neal is careful to control his onstage volume and even insists that he plays better onstage as well as in the studio, since he decided to reduce his volume levels. 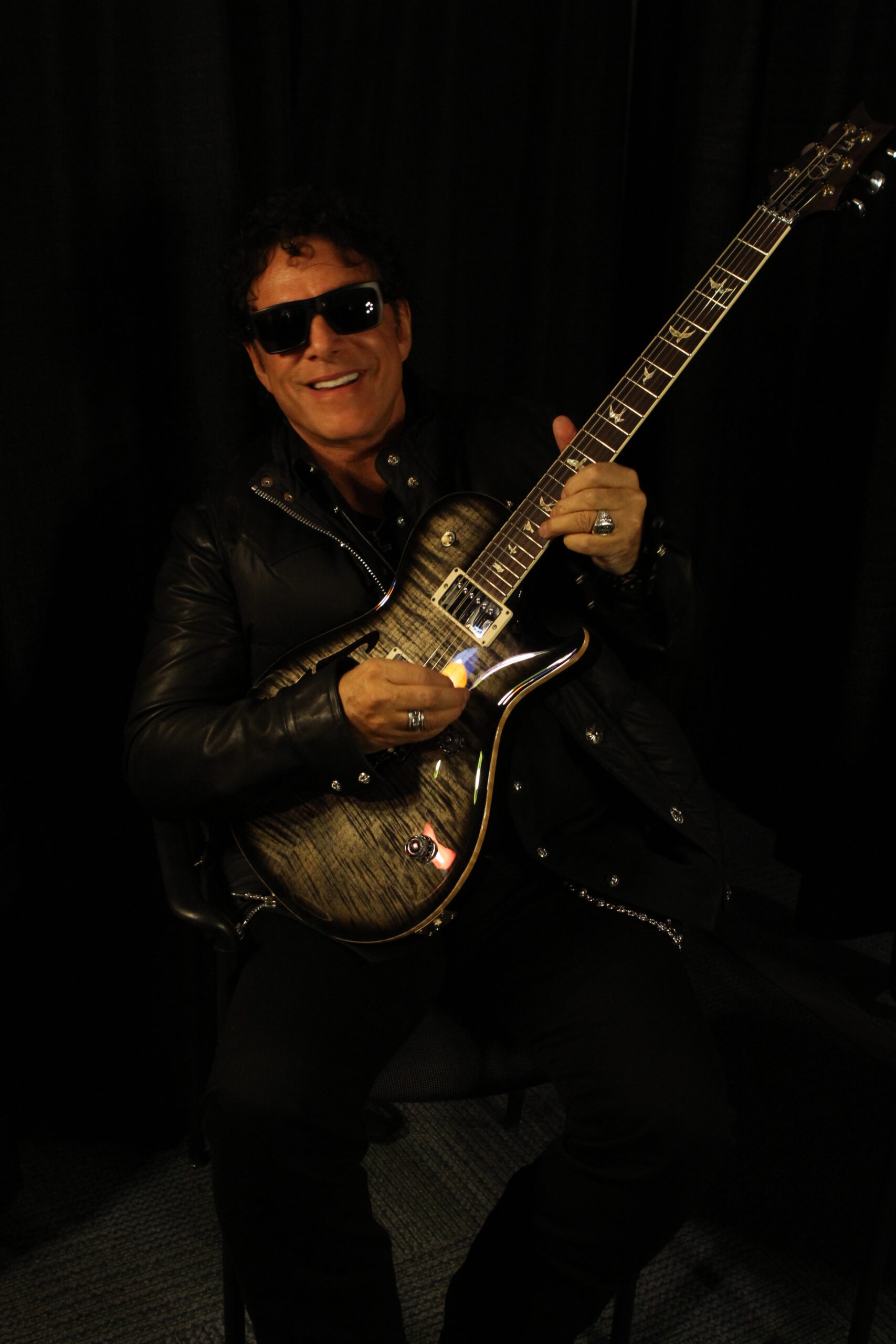 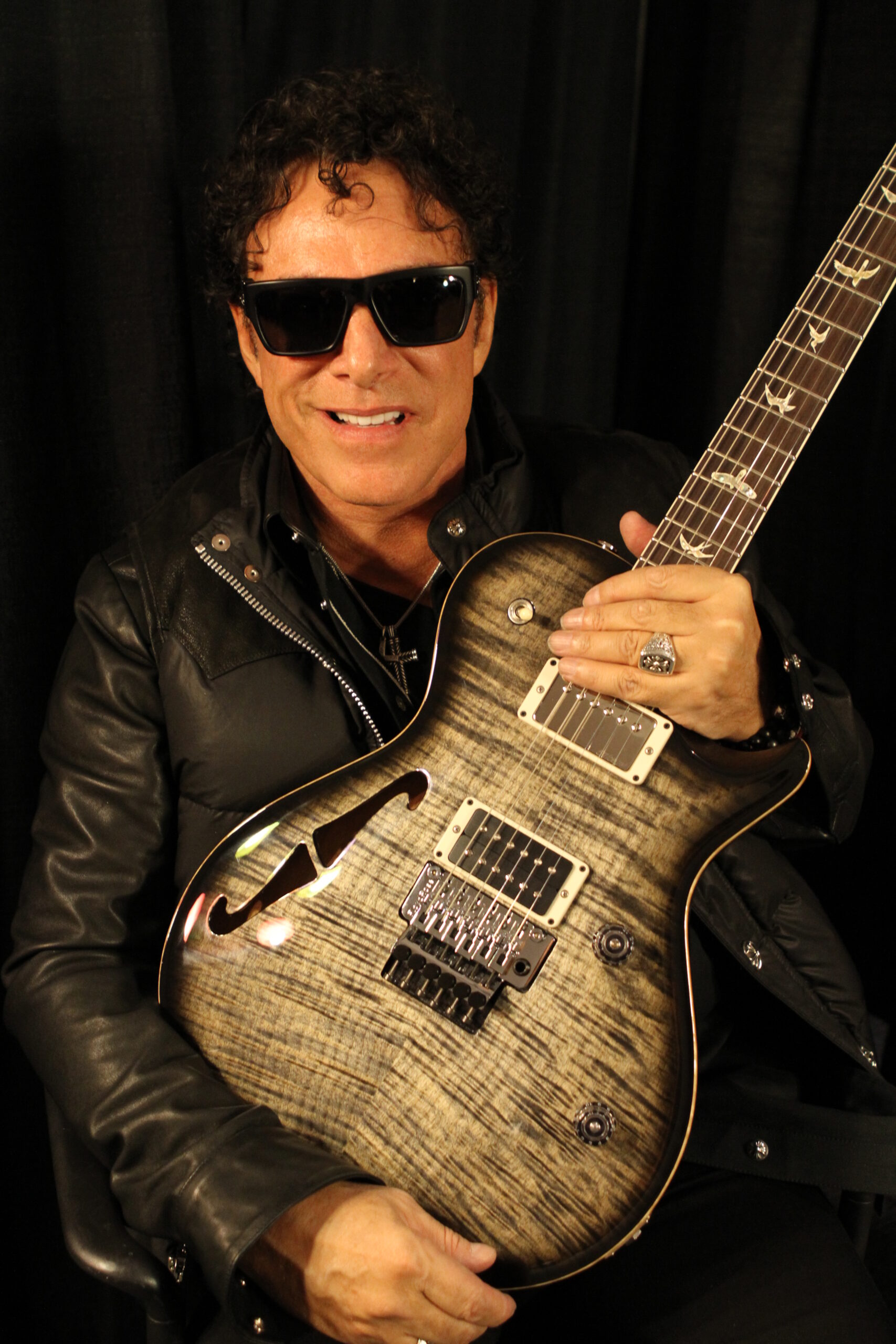 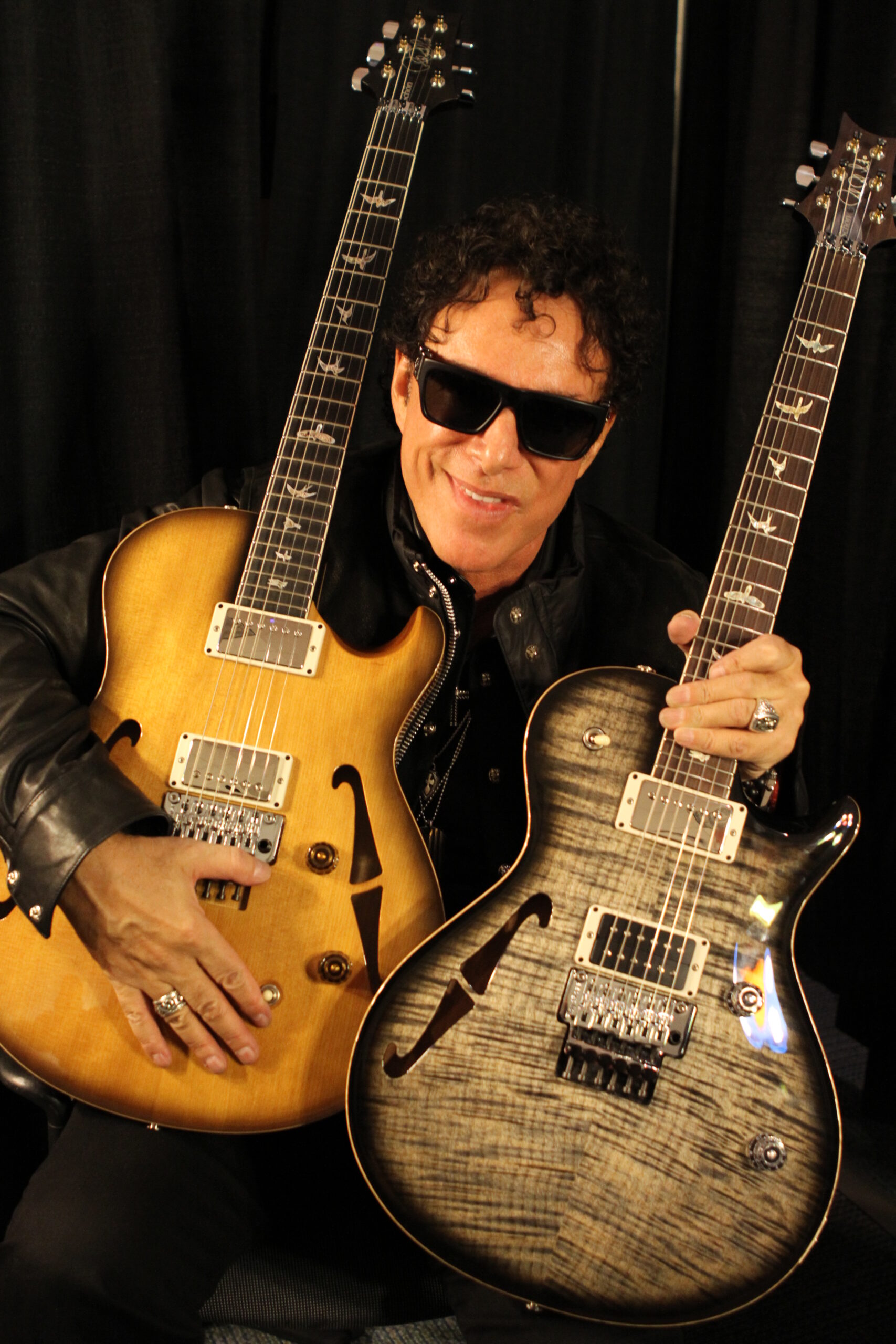