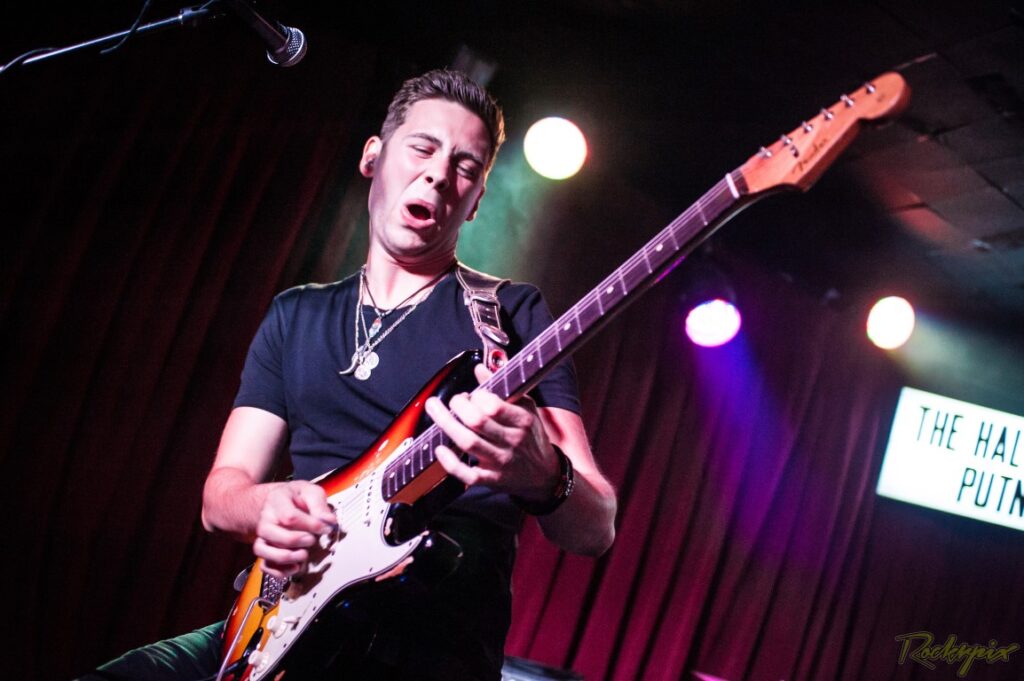 So, forget the inevitable, lazy 'saviour of the Blues' tag which Laurence is likely to get saddled with at some point. He's 'just' a great Blues guitarist, a fine songwriter and one of the best exponents of his art to have come out of the UK for a good few years.

It may not have reached the notice of the mainstream media yet but the Blues is making a strong comeback with a new generation of players claiming it as their own. At the front of the pack in the UK is Laurence Jones, shortly to make his debut at New York's Carnegie Hall and already one of the hottest names on the British club scene. Levi Clay met Laurence in GI's studio for an interview and more.Â

'Saviour of the Blues' is a phrase that's often thrown around with reckless abandon in the music press. I take issue with it because it implies that Blues is somehow dying off and it needs someone to come in and breathe fresh life into it to keep it alive. The Blues is alive and well though, from recent surges in popularity thanks to guys like Joe Bonamassa and John Mayer, to the plethora of young faces out there gigging night to night. Philip Sayce, Simon McBride, Danny Bryant and Matt Schofield are out doing the genre justice, so it makes sense to sit up and take note when you're introduced to a young player who lives the Blues, and nowhere is that truer than with Laurence Jones. And that's not just our opinion. Laurence won the Young Artist Of The Year 2014 tag at the British Blues Awards.

A fresh face to the scene, Laurence was born in Stratford-upon-Avon in 1992 and took to the electric guitar in 2006 after playing classical guitar to a high level. His early influences were the ones you would expect for someone who went on to become a young Blues star: Eric Clapton, Albert Collins and Rory Gallagher to name a few.

Just six years later, in 2012, he released his debut album, Thunder in the Sky to great critical acclaim. It's hard to ignore the Stevie Ray influence in his playing here, from his tight shuffle playing and Stratocaster tone. People took notice though as we were hearing a young guitarist writing, playing and singing his own material, though there's obviously some great playing on tracks like Going Down!

From here he was signed by Ruf Records, which afforded him the opportunity to go out to Louisiana to record his second album, Temptation. This record has a more polished sound to it, as you'd expect for a bigger budget affair with more professionals involved - just check out the title track to get an idea of what he's capable of.

This album really helped the young Jones build a following, and it resulted in him spending a huge amount of time on the road, including a support tour with his mentor, Walter Trout. He's doing well over 100 shows a year now, and there's absolutely no better way to build a following than to go out and find them. A wise man once said that it's not your audience's fault they've not found you, they don't know you exist, it's your job to show them.

Laurence's new record, What's It Gonna Be? shows him writing about his experiences on the road and seeing the world, this results in an honest and fresh approach to his music as it feels personal, there's none of the old clichÃ© "woke up this morning" to be found here. Laurence is really coming into his own as a player, it was such a pleasant surprise to sit down with a young player who really "gets" the Blues, who doesn't just see it as a chord progression or a scale, someone that appreciates subtle inflection and phrasing, letting his playing breathe, letting his phrases sing, etc.

If you check out what Laurence is doing and you dig it, his rig is fairly easy to replicate as we're not looking at million dollar vintage gear. He's a fan of Strats and is endorsed by PRS guitars. Amp wise he's using Dr Z, a little harder to find, but it's nothing that can't be achieved with a decent guitar and amp. It's really not about the gear here - it's all in the hands. Play your guitar and don't expect it to sound great just because, experiment, listen to how you're picking the strings, play with the volume knob etc. - there's an astonishing amount of tones to be found right in the guitar.

So, forget the inevitable, lazy 'saviour of the Blues' tag which Laurence is likely to get saddled with at some point. He's 'just' a great Blues guitarist, a fine songwriter and one of the best exponents of his art to have come out of the UK for a good few years. If Blues is back on a popularity upswing again singer - and we at GI think it is - it's at least in part thanks to having people like Laurence on the scene. The Blues doesn't need a saviour, it's in good hands. Go and check him out today because we've got to keep talents like this carrying the torch for years to come. 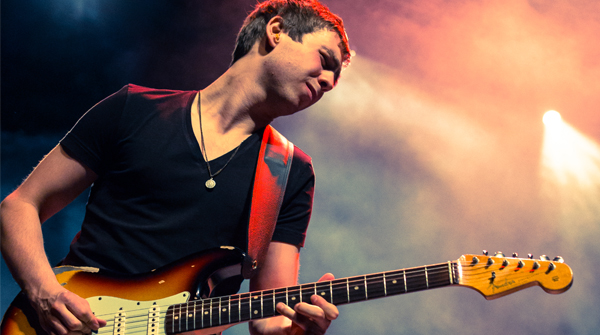 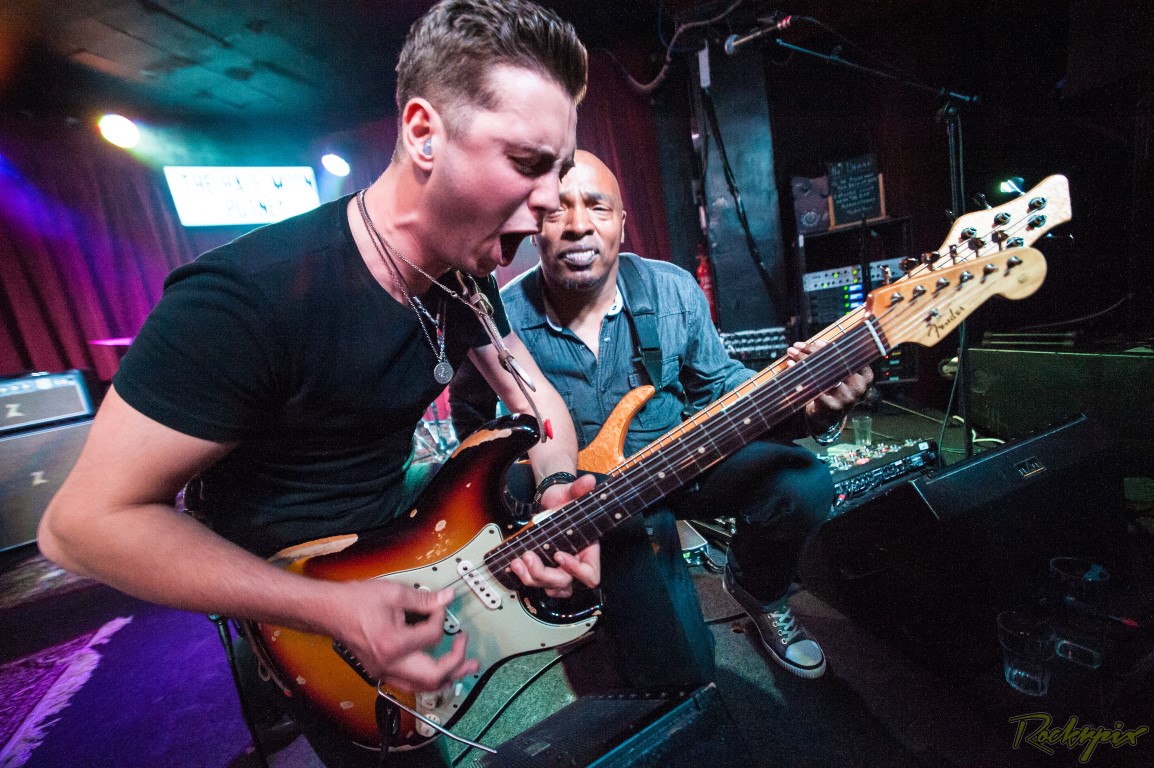 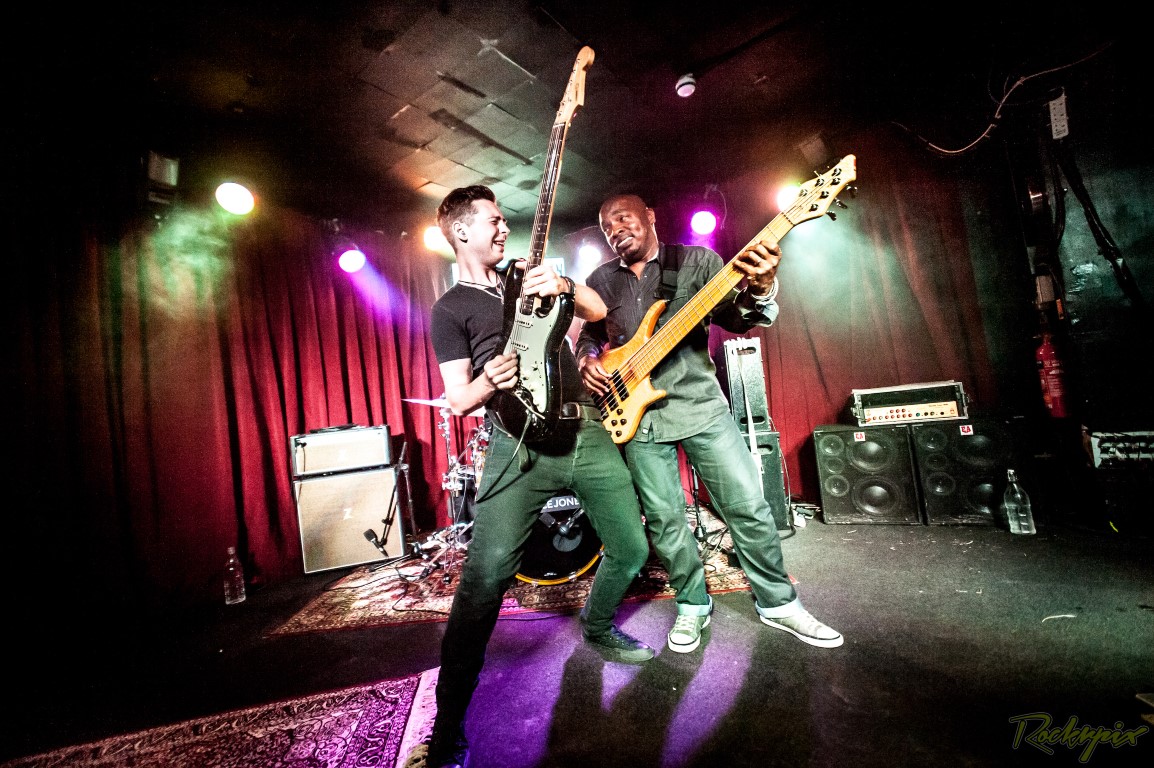 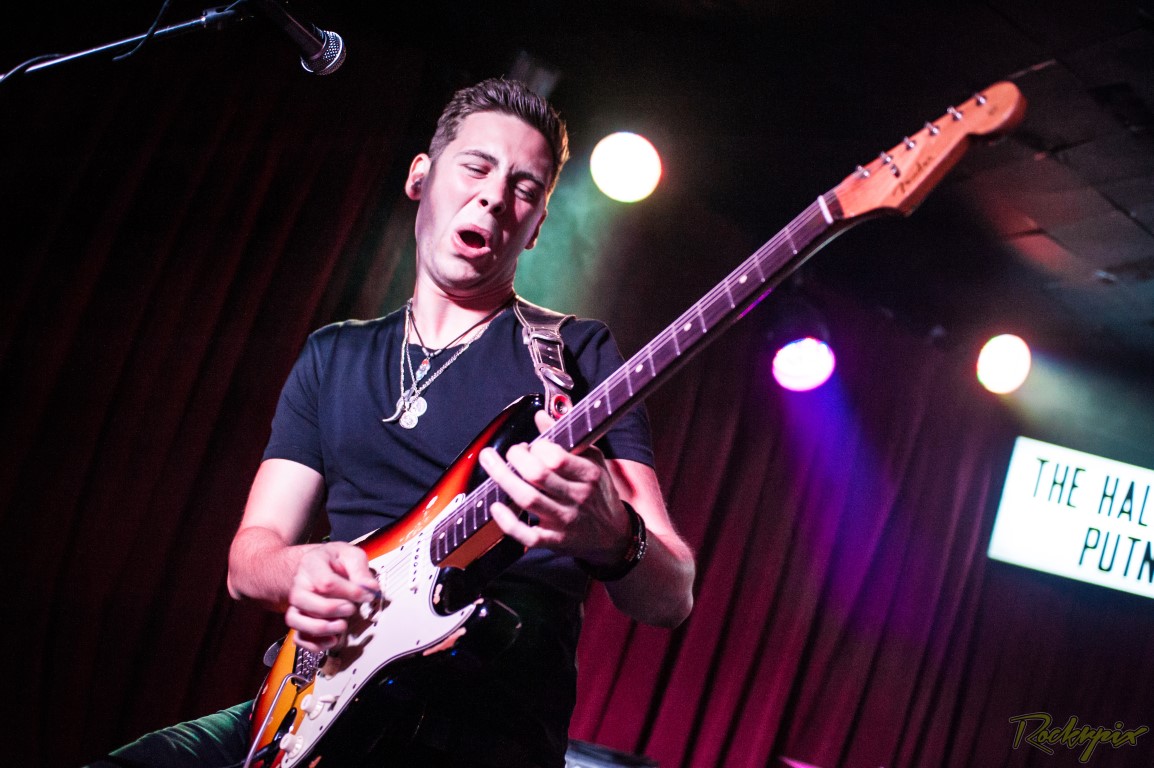 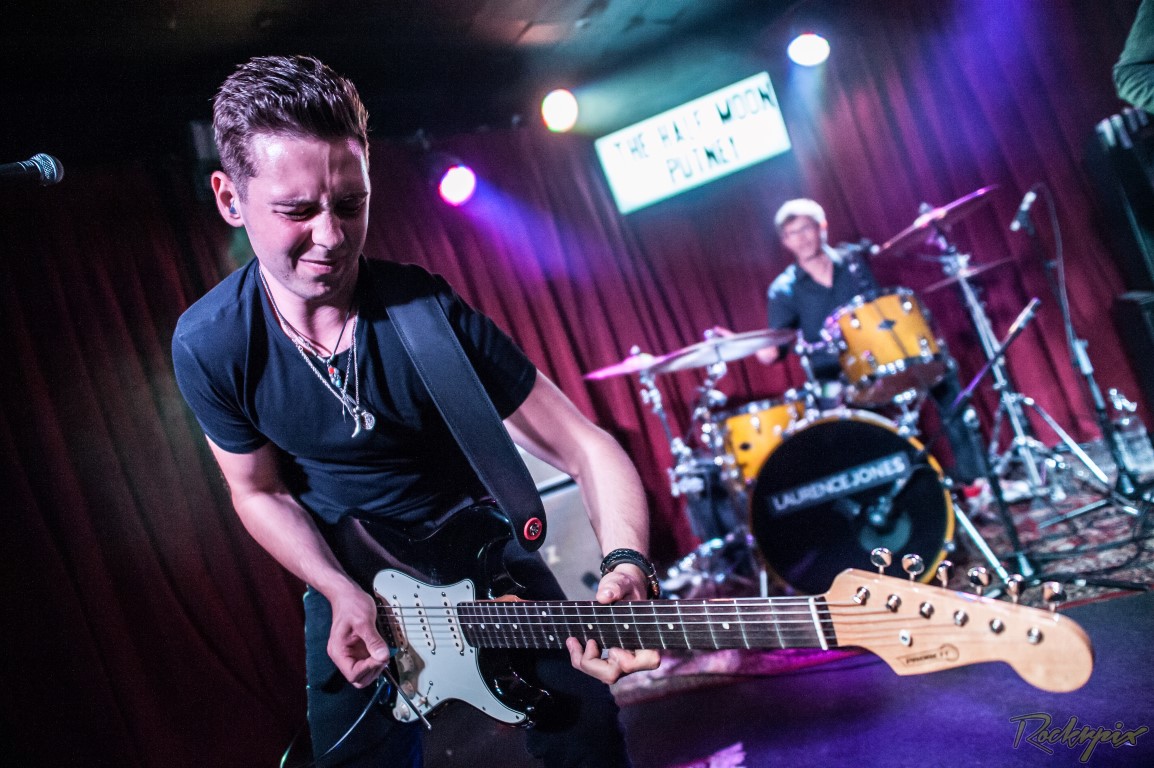 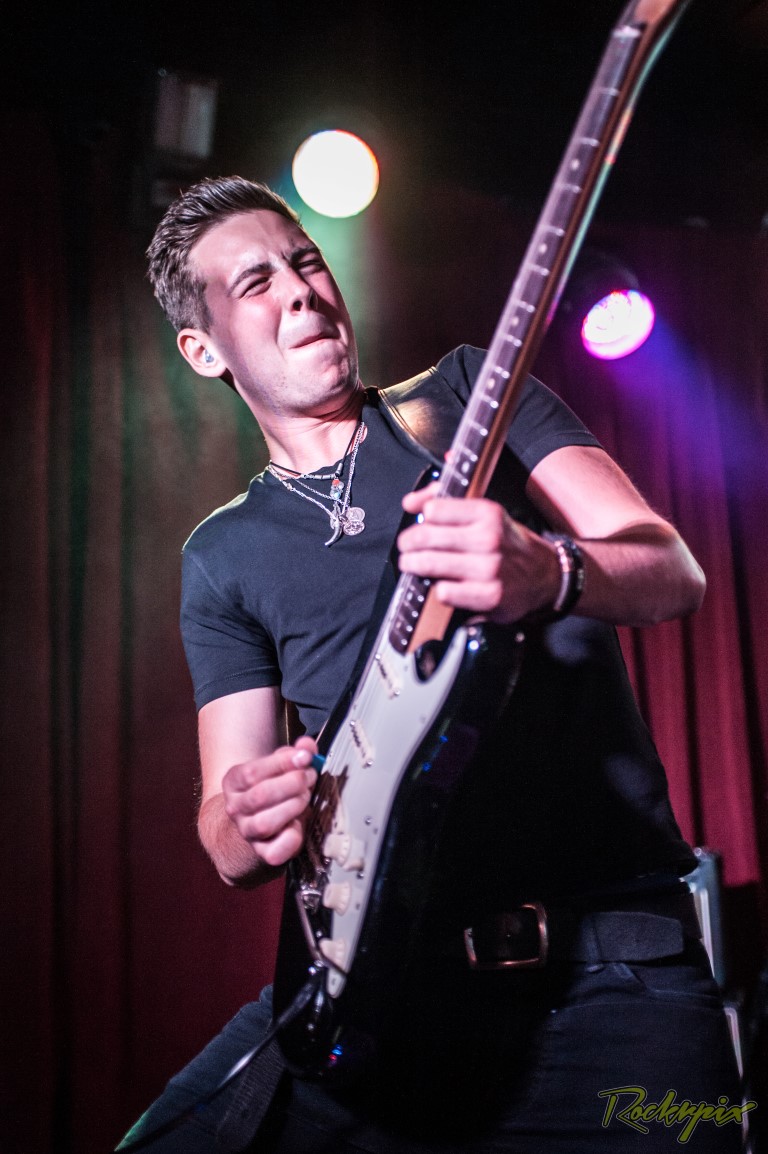