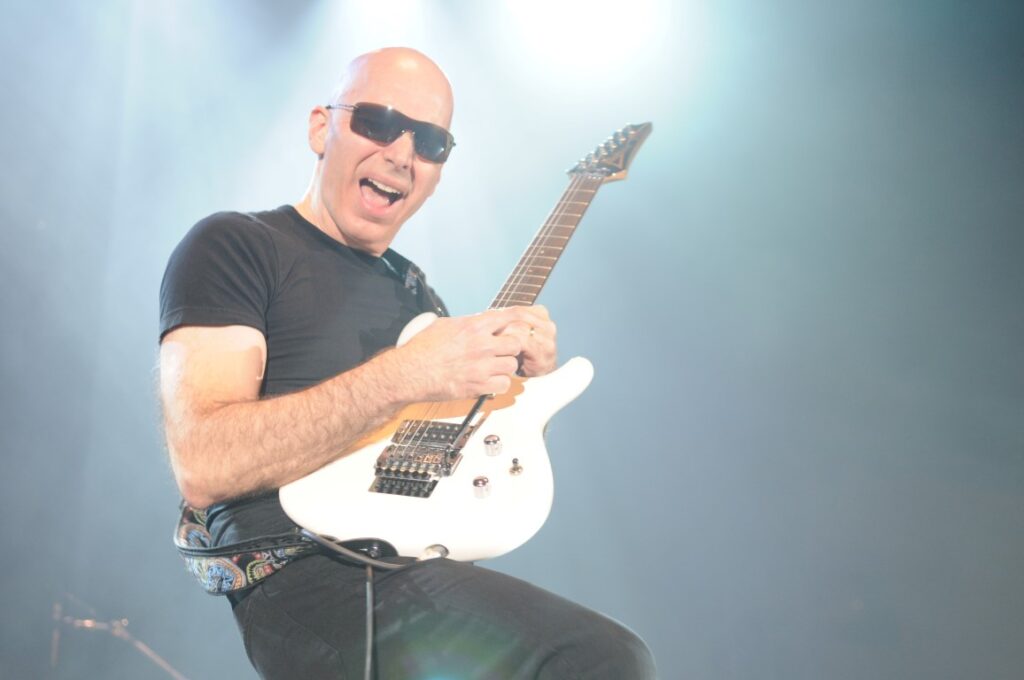 But while achieving Satch's mind-blowing array of six string techniques is beyond all but the most talented minority of guitar players, we can at least console ourselves with the chance to purchase some of the very same gear the man uses.

With Joe Satriani's 15th album, Shockwave Supernova, selling even faster than one of his trademark licks, and a supporting tour raging across Europe and the UK, Stuart Bull meets the master for another in depth GI interview, while Richard Morgan considers Satch's remarkable career.

Even the very best guitarists in the world had to start somewhere. Just like us mere mortals, once upon a time they too struggled through their first painful barre chords and stuttering scales before moving on to (much) greater things.

There must come a time in a player's development when it becomes obvious he or she is destined to become an extraordinary talent. For many of them, an innate natural ability is clear to see from early days, although of course many thousands of hours of practice are needed to hone such world-beating chops. Also useful is a great teacher: a guru who not only imparts information in the most useful way possible for the student, but who can also keep up with them and challenge them to explore new heights.

We can't imagine many instructors who could have kept up with the likes of a young Steve Vai. Thank goodness, then, that he ended up - alongside the cream of a certain generation of America's top Rock guitarists, it seems - learning his trade from none other than Joe Satriani.

Because Satch, as he's known to his many millions of fans across the world these days, started out as an educator to make ends meet. He must have been good: the Satriani alumni list includes marquee names like Kirk Hammett, Alex Skolnick and Larry LaLonde (who would go on to handle guitar duties for Primus) - and Mr. Vai, of course, who, lest we forget, went on to become so astonishingly good he was allowed to grace the cover of this very publication.

And what goes around comes around, as it was actually the latter who helped kick start Satriani's own career as an originals-playing instrumental rock guitarist. When Vai hit the big time after scoring a gig with David Lee Roth in 1986, he began raving about his teacher to any reputable guitar magazine that would listen (and yes, we're sure he'd have been beating down Guitar Interactive's door to tell us all about it, had we existed at that point!). A year later, Surfing With The Alien - Satriani's second solo album, after '86's Not Of This Earth debut - would establish Satch as a chart-bothering six stringer in his own right.

Since then, 13 more Satriani studio albums have followed (for a total of more than ten million records sold, apparently making him the biggest-selling instrumental Rock guitarist of all time) alongside a bunch of live albums, compilations and EPs, collaborations with a string of legendary bands, and Chickenfoot, a feted hard Rock super group also including former Van Halen singer Sammy Hagar and bassist Michael Anthony, alongside Red Hot Chili Peppers drummer Chad Smith. He's also had 15 Grammy nominations along the way, although a win eludes him still: only rap superstar Snoop Dogg and R&B stalwart Brian McKnight can boast more (16 each) without a victory.

There are certainly no signs of slowing down from a man who will be celebrating his 60th birthday in 2016 (a fact which certainly surprised us - we'd assumed the Satch was in his late 40s before we researched this piece). As well as releasing his 15th solo effort, Shockwave Supernova, in 2015, Satch also continued in his educator role with the G4 Experience. A modern-day extension of Satriani's G3 concept - which sees him rounding up guitar heroes like Vai, Eric Johnson, Yngwie Malmsteen, John Petrucci, Paul Gilbert, Steve Morse, Steve Lukather, and many, many more on a yearly basis to play a series of shows to drooling guitarists around the world - the G4 Experience gave players a chance to experience and learn from Satch, Guthrie Govan, Tosin Abasi (of Animals As Leaders fame) and other incredible players up close.

The famed guitarists all brought their bands with them for backup, and attendees spent up to four days in the sunny climes of California taking in clinics (focusing on everything from guitar technique and music theory to live performance tips and studio advice), watching performances, and generally absorbing as much information as they could from these masters of the fretboard. The thing is, we're pretty sure Satch doesn't need to be doing stuff like this: no, 10 million album sales under your belt means you're probably pretty well off - and that's before we get to the mountains of signature Satriani gear (and we will, don't worry). Fact is, the man just loves the whole world of music. It is his world. And, thankfully for us, he also likes passing on as much of the knowledge he gains from his musical world as he can.

But while achieving Satch's mind-blowing array of six string techniques is beyond all but the most talented minority of guitar players, we can at least console ourselves with the chance to purchase some of the very same gear the man uses. A longtime player of Ibanez guitars, Satch has had his own JS signature line of electrics for decades now, and has been as involved in their evolution as he has been with his commitment to making great music. The JS guitars' rounded, deep double cutaway bodies (a requirement from Satch to give better access to the 24 frets, of course) have become unmistakable on stage, whether you're at a Satriani gig watching the man himself, or down the Dog & Duck on a Thursday night watching an unruly pub rock band.

Pickups of choice on the JS models have long been DiMarzios: for years, they featured standard DiMarzio PAF Pro humbuckers in the neck and bridge positions. The quest for perfect tone goes on, though, and newer Satch guitars now feature his own signature DiMarzio pickups - a Satch Track Neck single coil-sized neck humbucker alongside a Mo' Joe bucker at the bridge. There's a coil tap too, and a high pass filter on the volume pot maintains the all-important highs in your tone even when you roll the volume down.

When it comes to related gear, there's also plenty of Satch-approved kit on which you can splurge your hard-earned cash. Most notable is the Marshall JVM410HJS, a 100-watt powerhouse of a signature amp. Satch has played Marshalls throughout most of his career, taking a few years off at one time to release a signature series with Peavey named JSX, but he's also sporadically delved into the worlds of the likes of the 5150, Cornfords, and Mesa/Boogies. We understand he's back home with Marshall again nowadays.

And it doesn't end there. Perhaps the most well known of Satriani's pedal endorsements in his signature Vox Satchurator distortion, which the man himself describes as being a distortion pedal that responds to my touch, and produces a big, natural, harmonically rich tone compatible with any guitar/pedal/amp configuration." What a shame it doesn't also give other players some of Satch's talent on tap. The cornerstone of a large board, the Satchurator has been joined by a huge array of pedals over the years, including - but not limited to - Vox and Dunlop Cry Baby wahs, a DigiTech Whammy, the Electro-Harmonix POG and a whole bunch of miscellaneous Boss stompboxes. There's plenty of extra info available on Satch's own website, should you wish to delve in further - including, for the most hardcore fans out there, the lowdown on his signature Planet Waves picks and straps. 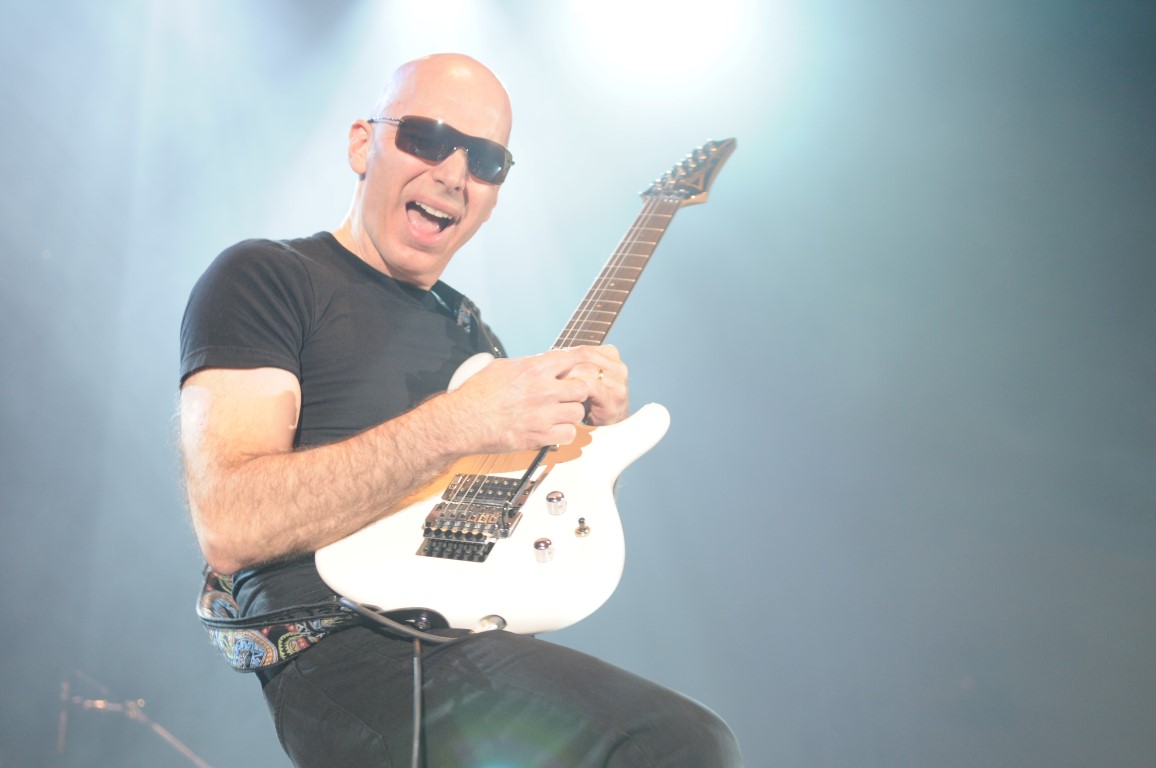 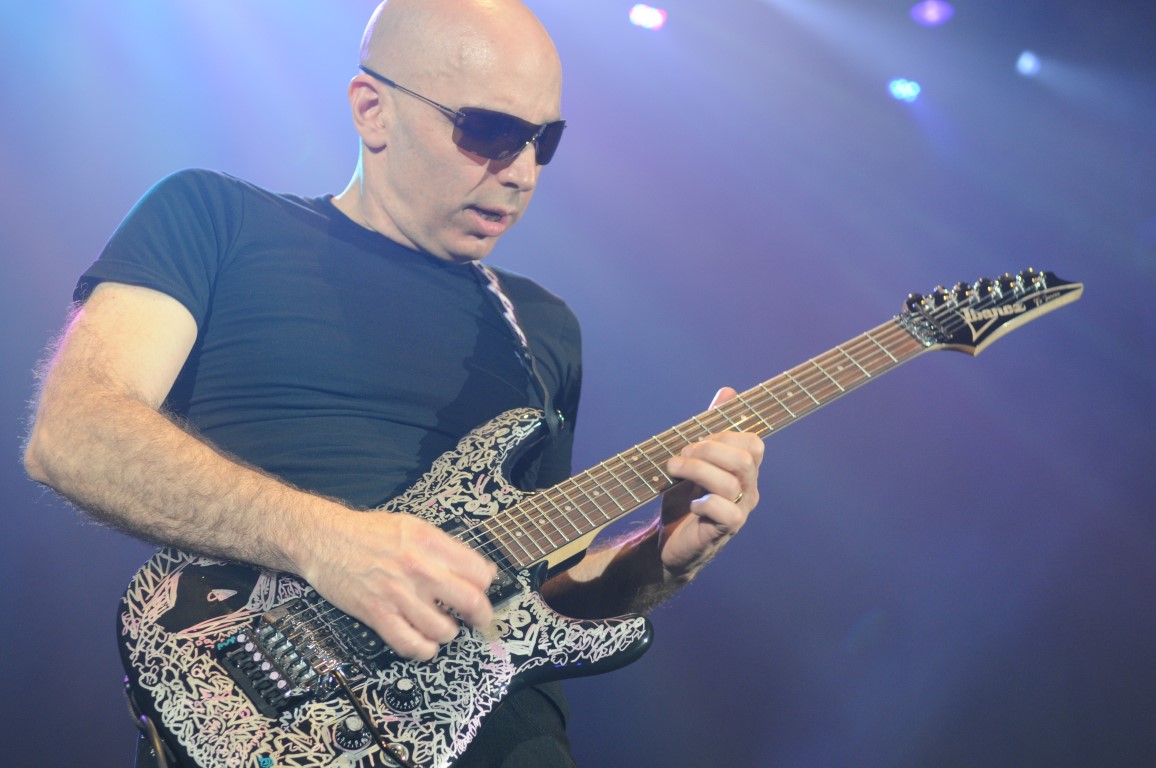 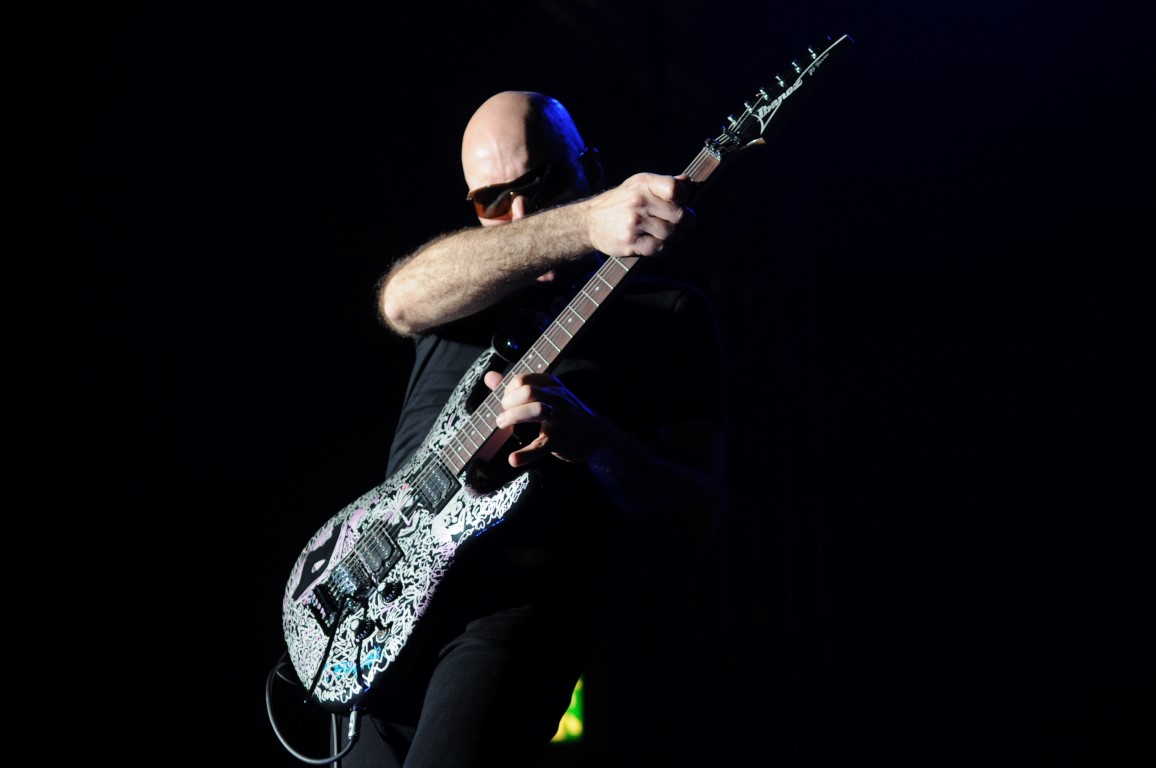