Joe Bonamassa - Keeping Up with the Master 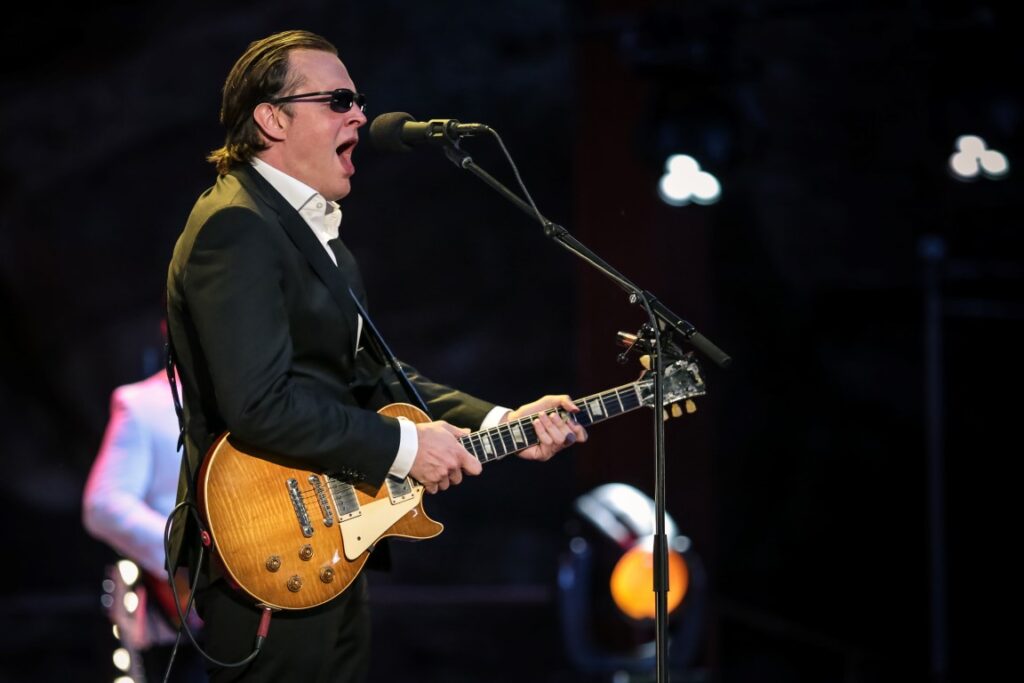 Bonamassa's use of top notch amps is also widely celebrated by tone hounds: for live and recording, he has flitted between various vintage Marshalls and Fenders, alongside less standard breeds like Van Weeldon, Suhr and the fabled Dumble.

It's a while since GI spoke with Joe Bonamassa, the fast moving, always gigging, guitar phenomenon who has brought the magic of Blues guitar to a huge audience. Stuart Bull met Joe in LA for this latest update. Richard Morgan considers a stellar career.

You might not think it to look at him, to listen to his music, or to read one of his interviews, but Joe Bonamassa's still only 38 years old.

OK, perhaps we're doing him a slight disservice in the looks department there, but there's no question that Bonamassa has always been something of an old head on young shoulders. For starters, he's been with his manager and business partner Roy Weisman for 26 years. Twenty six! If our rudimentary maths brains have not failed us - there's a first time for everything - that's a relationship that began before Bonamassa was even in his teens.

The fact that Weisman is still with Bonamassa today, more than a quarter of a century on, also speaks volumes. Many bands change agents and managers more frequently than Bonamassa releases albums - which, by the way, is often. Since 2000, when A New Day Yesterday hit the shelves, there have been 11 studio albums, three collaborative full lengths (most notably with the singer Beth Hart) and no less than 14 live cuts (and we're not even including the three albums with hard rock supergroup Black Country Communion here). He's a busy man, and a busy businessman, and perhaps that's why the Bonamassa trajectory has been constantly moving skywards since day one.

Day one was in about 1981, when a four-year-old Bonamassa first picked up the guitar. He got lucky by birth - his parents had a guitar shop, and so he was surrounded by the cream of the guitar crop from when he was in diapers onwards. (Perhaps this early exposure is at least partly responsible for Bonamassa's exceptional taste in guitars, a subject we'll cover in more detail later on.)

His first major touring experience came in 1989, when the 12-year-old Bonamassa (yes, twelve) - gigging as part of his Smokin' Joe Bonamassa band - was discovered by blues legend B.B. King. During the school summer holidays, King took the precocious prepubescent out on the road, where he opened about 20 of B.B.'s shows. When the young Bonamassa returned to school after the summer break, teachers didn't believe his outrageous story - that is, until he pulled out his backstage show passes as proof.

According to his official website Bonamassa has been a professional musician ever since that time, which also coincides with the period Roy Weisman became a fixture in the young guitarist's life. Ever since that 1989 summer tour, the two have been working constantly to drum-up the Bonamassa business, and what a business it's become.

Before he hit 18, Smokin' Joe, as he was still known in those days, honed his chops further in Bloodline, a Blues/Rock project that also featured drummer Erin Davis (Jazz icon Miles Davis's son), rhythm guitarist Waylon Krieger (son of Robby Krieger, guitarist in The Doors), and bassist and lead vocalist Berry Oakley, Jr. (the offspring of - you guessed it - Berry Oakley, the Allman Brothers Band bassist). Bloodline was short-lived though, and Bonamassa decided to go it alone, with years of hard touring culminating in his first album proper, the aforementioned A New Day Yesterday.

The album immediately established Bonamassa as a Blues/Rock force to be reckoned with. Packed with several smoking original Bonamassa compositions and a number of well-chosen covers - taking in the likes of Rory Gallagher, Free and Albert King - the LP quickly crashed the Billboard Top Blues Albums chart, peaking at number nine, and paving the way for things to come: eleven of his solo records since have gone on to hit the Number 1 spot.

How, then, has Bonamassa managed to keep things fresh, vital and relevant over all this time? He might well be the modern-day king of the Blues, but it's a genre that was last cutting edge decades before the man himself was even born. Interestingly, the key is perhaps alluded to by Bonamassa himself in our interview with GI's Stuart Bull - and it's all down to that old head on young shoulders again. Right from the start, Bonamassa has treated the music business as what it really is: a business. Sure, he's an artist, a musician, a creator. But he also plays, along with Weisman, a crucial role in everything that goes on behind the scenes.

And he started early. Bonamassa credits B.B. King with telling his younger self how the business worked, how to make sure everything added up and, most importantly, how to make sure he always got his money on time. Ever since then, he's taken control of his own affairs, and has a hand in everything. All his records are released via his own label, J&R Adventures. (The J stands for Joe, the R for Roy Weisman.) It's also clear that he's heavily involved in organisational issues when it comes to his touring: in our video interview, Bonamassa rattles off details that only someone working in a tour manager capacity would know. And these are high-profile jollies, too: the JB crew is made up of 30 people and comprises four buses and two trucks. Proof, if any more was needed, that Bonamassa is big business.

And while the balance sheet side of things has helped Bonamassa continue touring and releasing records over the years and contemporaries come and go, it's also undoubtedly helped him amass a collection of guitars (he claimed to have around 130 in an interview in 2014, down from a high of over 300 from a few years before) that would make most Guitar Interactive readers weak at the knees.

Said haul includes multiple '50s and '60s Les Pauls - including at least two of the hallowed '59 vintage (we say at least two, because you never know what Bonamassa has accumulated in the time between writing and publication) - and a bunch of rare Gibson and Fender electrics, alongside eye-catching examples from the likes of Gretsch, Martin, Rickenbacker, and others. There's a great feature on the official Bonamassa website, Joe's Guitar Of The Week, where the cream of the collection are featured in more detail and Bonamassa drops hints as to how, when and why they were bought, their individual stories, and which of his records they can be heard on.

That's another great thing about Bonamassa: he actually uses his vintage guitars. Go to one of his many live shows - he does around 200 a year - and you'll see between 10 and 15 in action, including his pride and joy, the Skinnerburst 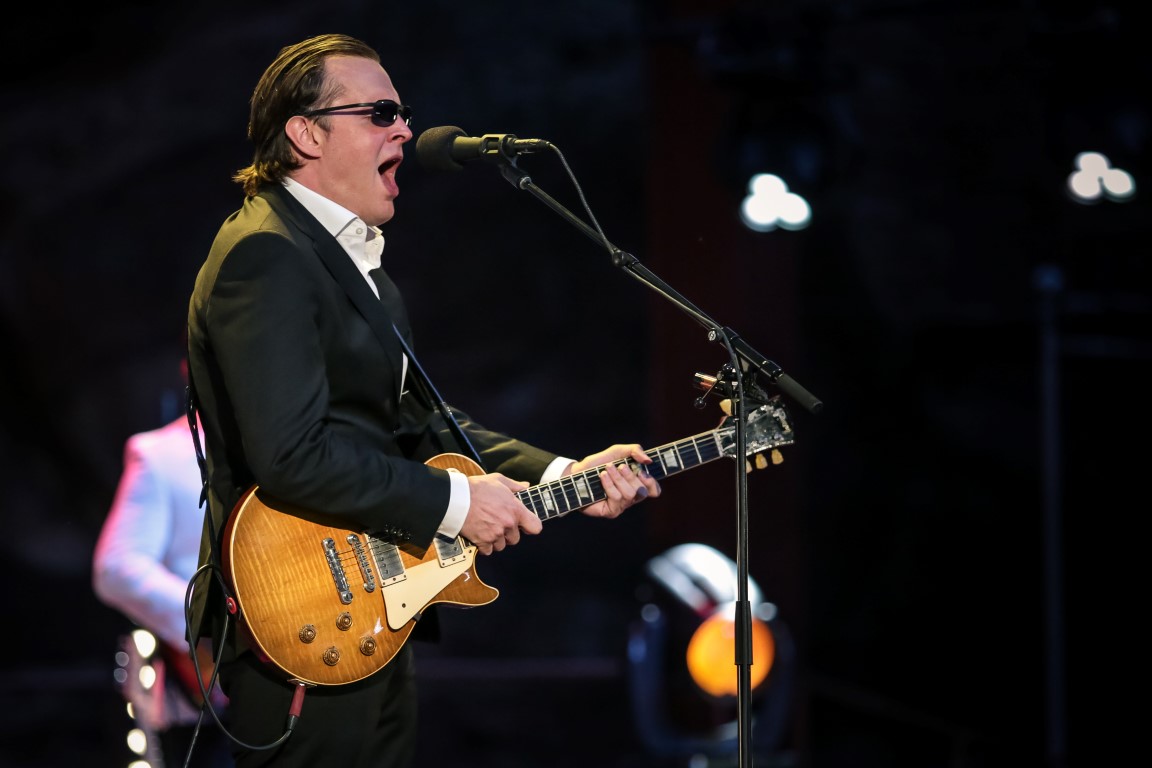 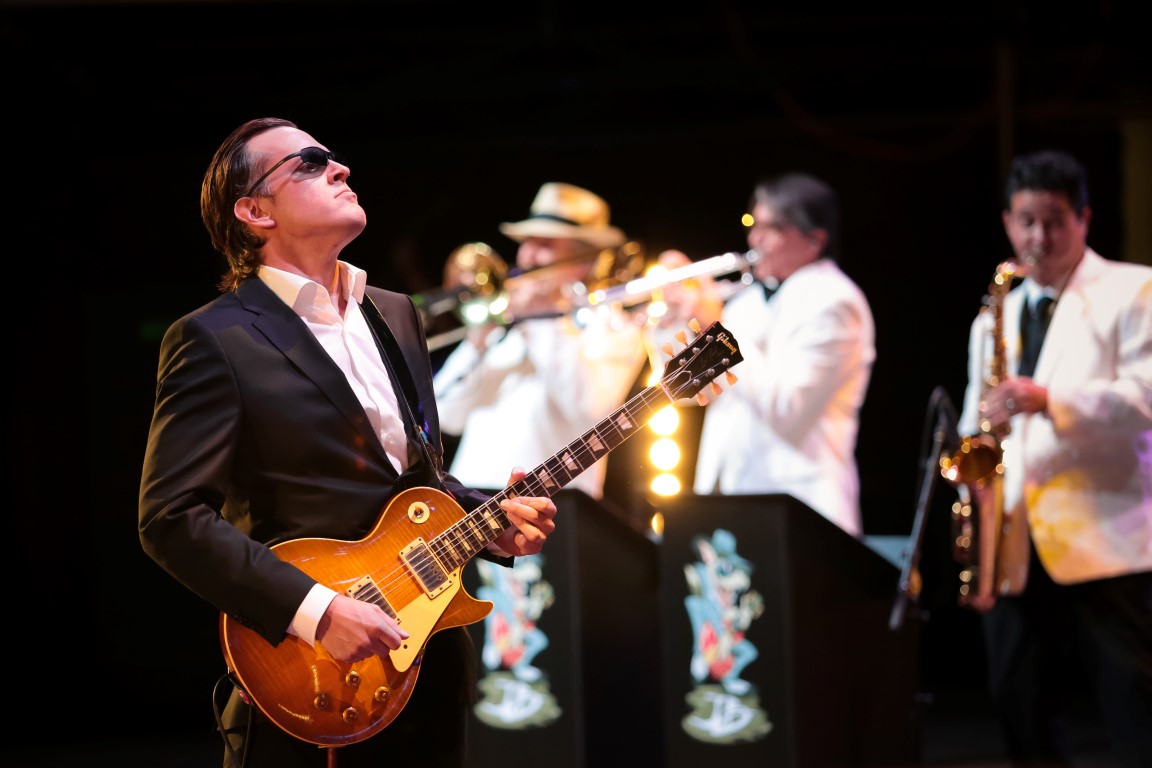 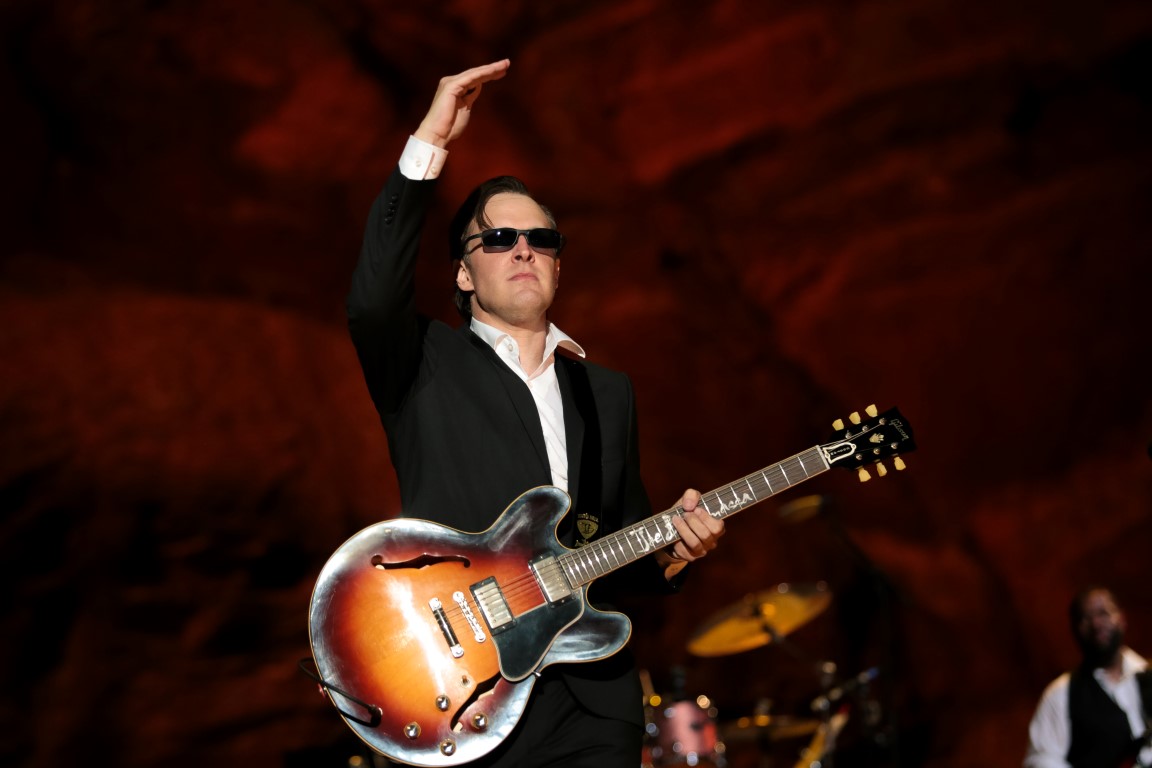 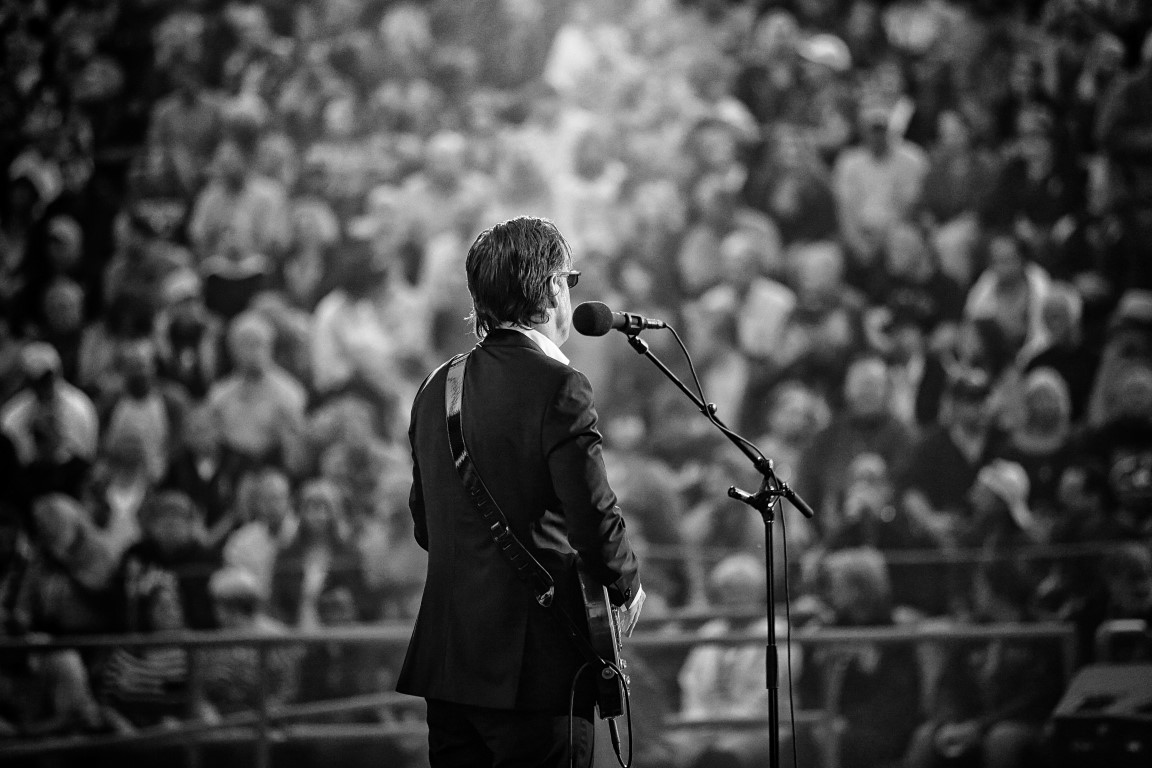 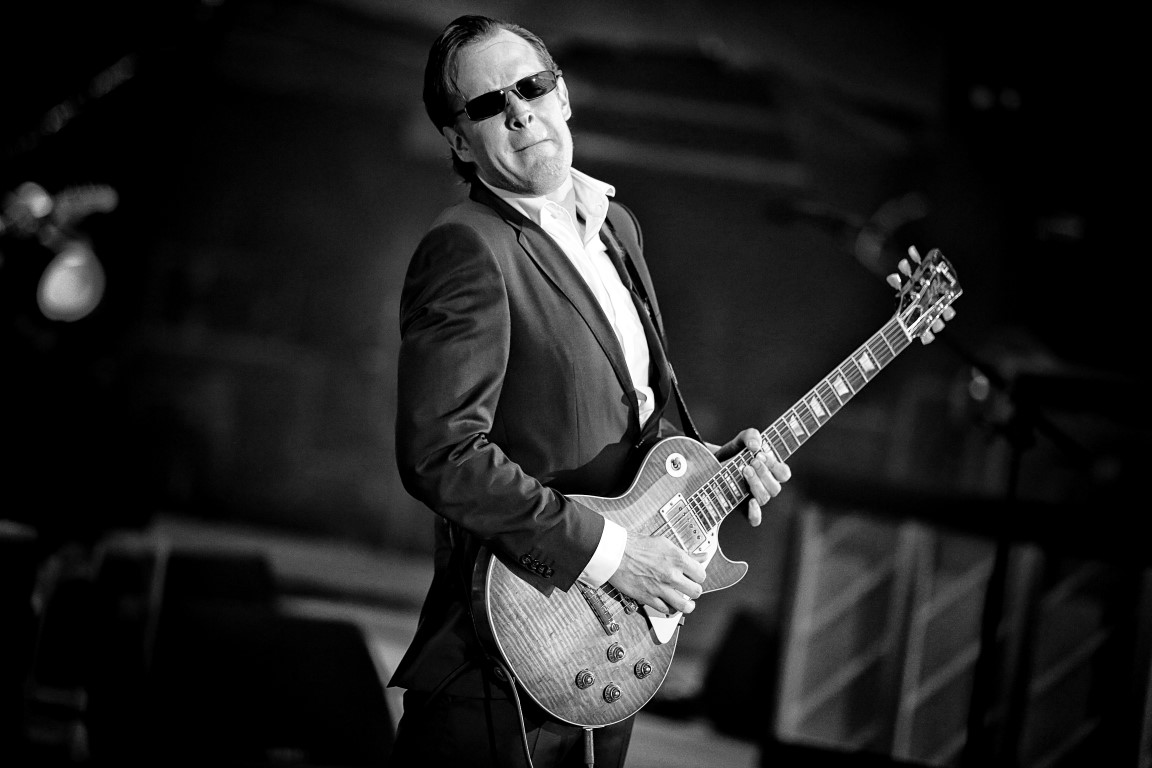 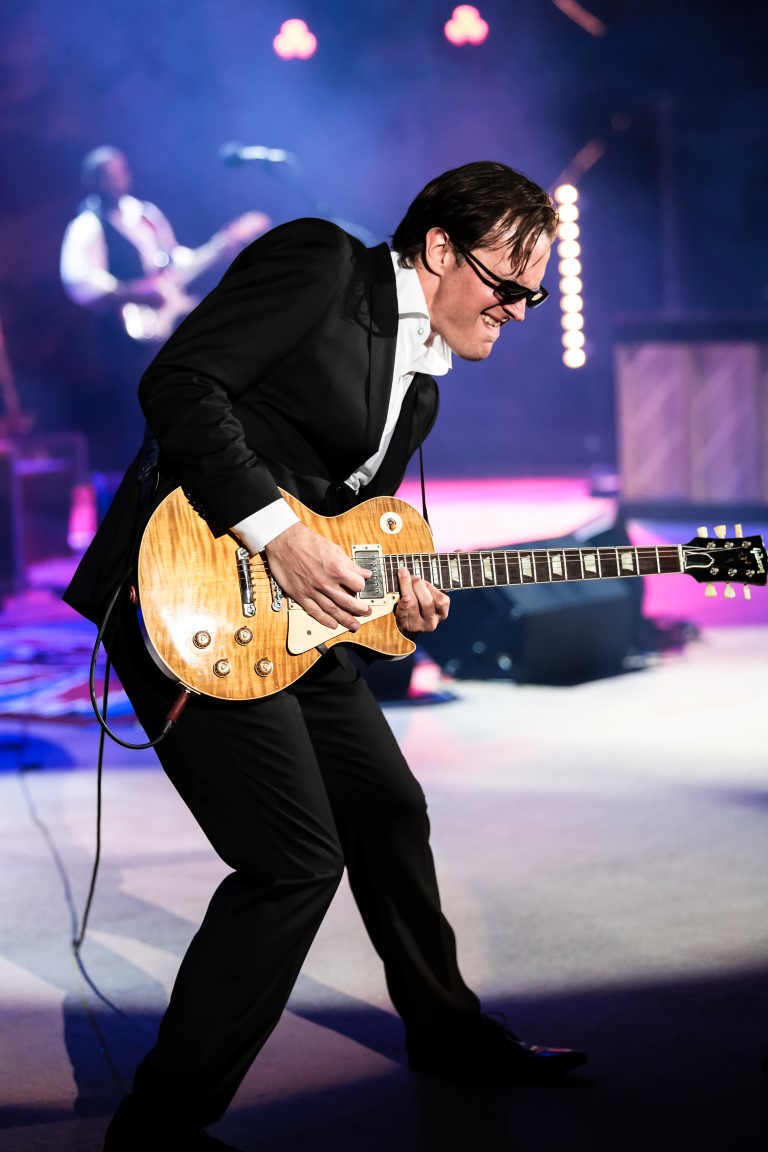