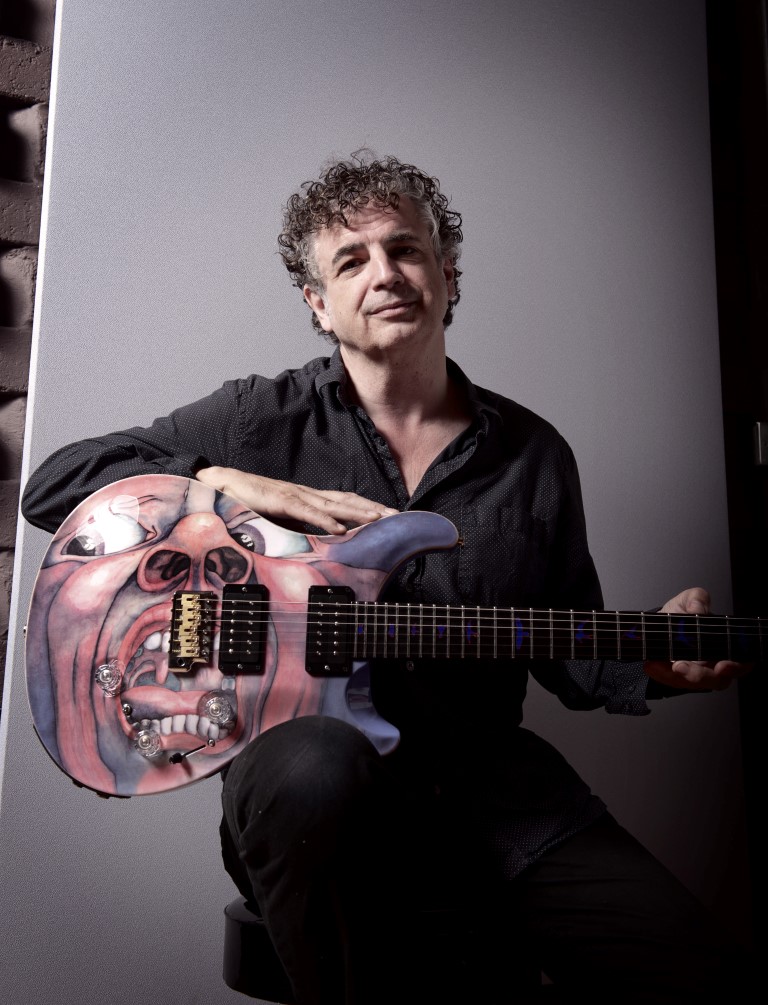 Jakko's versatility is evident when you look at his career path.

The tale of a young guitar player who loves a band and then one day is asked to join said band is an old one. We've seen it happen a few times over the years, but it's always inspiring - especially when the player in question is as deserving as (the now) King Crimson guitarist, Jakko Jakszyk.

Born Michael Lee Curran in London back in 1958, Jakszyk was the family name of his adoptive parents. Jakko's family history is a fascinating ride and far beyond the remit of an article like this, but if you are interested in the tale, it's recommended that you check out the radio piece, which he later turned into a CD, Road to Ballina if you want more information.

Jakko's versatility is evident when you look at his career path. After giving up the dream of becoming a professional footballer, he would go on to have a career in music, acting, radio and publishing. He's also an extremely engaging writer, as evident from archived website posts telling his stories from years travelling the world. This translates well into his music as you might even go as far as describing his material as Art Rock.

Jakko's first taste of public attention came early on when he made it to the later stages of a battle of the bands competition, featuring two screaming guitars and a trumpet... and nothing else! After a few band projects which followed (most notably 64 Spoons) Jakko eventually landed a solo record deal in 1981 with Chiswick Records.

'Silesia' was due for release in 1982, and even saw some single releases, but the record was shelved by the label at the last minute as they declared bankruptcy. One can only imagine the frustration during this period, but proving that lightning can and does strike twice, Jakko went on to sign a deal with Stiff records, only to have his first release shelved, once again because the label filed for bankruptcy!

That's not to say that Jakko's career was dead at this stage, as he featured on numerous recordings during this period, alongside people he would go on to collaborate with many times over the years, including Dave Stuart and Gavin Harrison. It would be worth tracking down a copy of Neil's Heavy Concept Album, the Young Ones spin-off release by Nigel Planner. This record even features an appearance from Stephen Fry and writing from the late Rik Mayall.

In a twist of fate that might make you wonder if his career had become an ironic piece of modern art itself, Jakko's third solo recording (with MDM records this time) was also shelved. At this point, many would have given up but Jakko soldiered on.

During this period, Jakko continued his relationship with the drummer Gavin Harrison with the art inspired project, The Kings of Oblivion and then went on to the world fusion project, Dizrhythmia. The later featured classical Indian musician, Pandit Dinesh along with a host of guests. The record was received well, and it's taken almost 30 years for the name to resurface, another testament to Jakko's need to keep moving forward and doing new things.

Through the '90s Jakko did plenty more, including appearing with the Kinks, and essentially being a band member of Level 42 for three years. It was during this stint that labels began to give Jakko the respect he deserved, and he finally released the album 'Mustard Gas and Roses' in 1994, along with 'Are My Ears Wrong?', which featured some of his previously shelved material.

Things came full circle in the late noughties as Jakko's connection to King Crimson grew. In '09 Harrison was drumming for Crimson, and Jakko had developed a friendship with Robert Fripp via his numerous King Crimson related projects which would result in the pair recording together, with Jakko coming on board for remixing services. There was a lot of talk about King Crimson reforming, but Fripp talked the idea down, even formally retiring from music in 2012. Then, in 2013, it was announced that King Crimson would indeed reform, with Jakko on guitar and vocals, along with long time members such as Harrison and bass guitar and stick monster Tony Levin.

When it comes to gear, it would be fair to say that it's of secondary importance to Jakko, with the focus being about the music he's making rather than how he's playing it. He's currently using some fabulous guitars made by PRS, including one with a replication of the classic Crimson album cover for In The Court of the Crimson King. The same could be said of his amp rig as he'd opting to use the Kemper profiling amp for his sounds as it delivers the flexibility he requires for the diverse sounds needed to play the Crimson material. So emulating this rig it really case of a high quality humbucking guitar and a decent amp modelling piece of kit with good effects. So while Jakko's using the PRS and Kemper combination, there's nothing to say that a Custom Shop Les Paul and Axe FX won't get you close. It's all a case of the hands and the spirit behind it that's going to give you the sound!

Looking to the future is hard to predict with Jakko, there's certainly a talk of new Crimson material, Dizrhythmia and solo material, but it's next to impossible to predict someone this eclectic, but at the same time, that makes the trip all the more exciting. 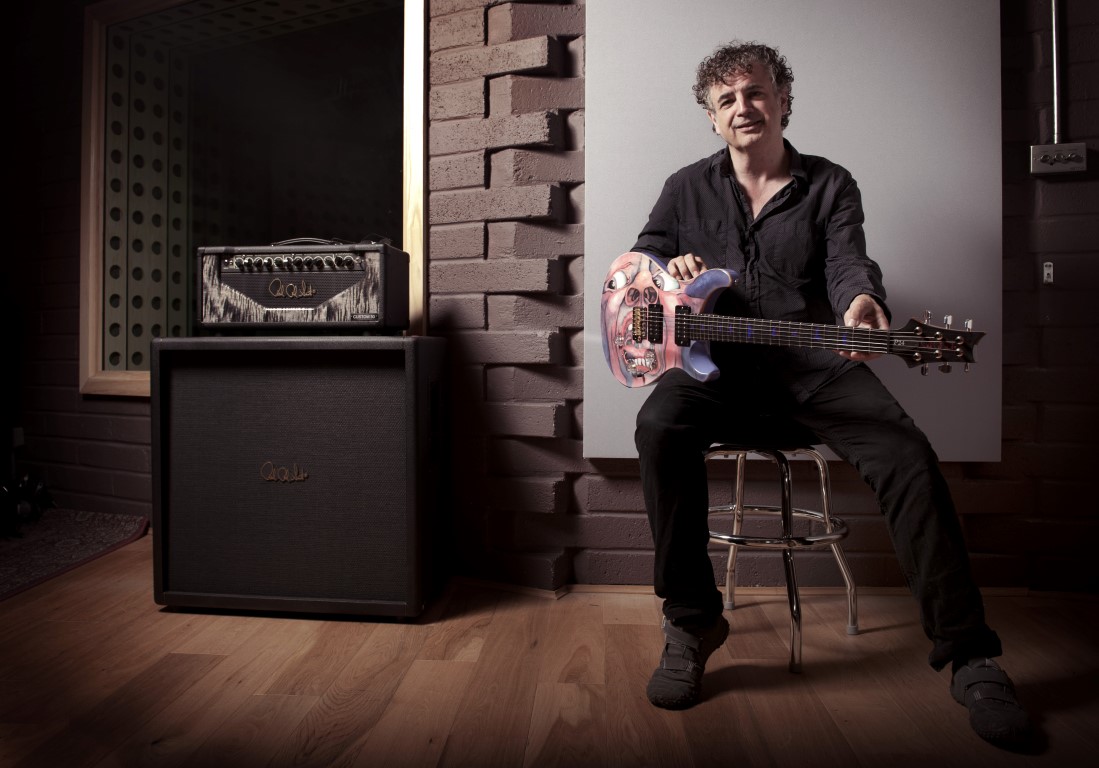 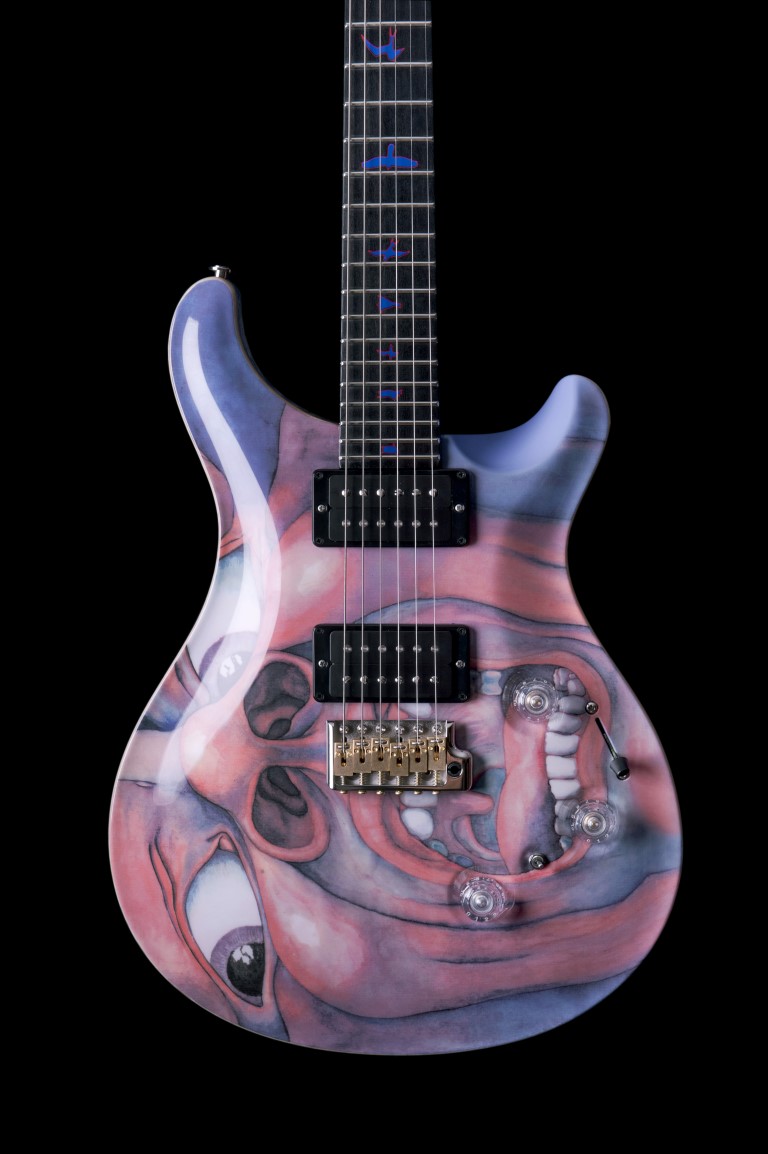