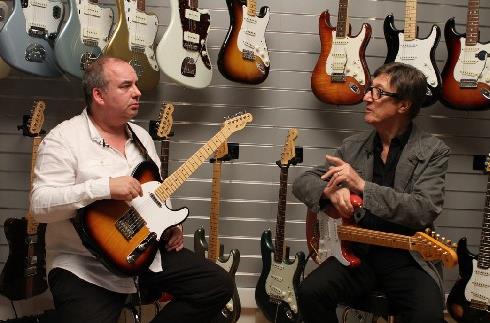 When it comes to improving on one's chosen instrument, many musicians want to know how much other musicians (of the same discipline or even more generally) practice and how; and at what point (personal) practice needs to become (communal) rehearsal. I put all of this to Hank in the interview and his response was enlightening.

Rock of Ages!
What made an entire generation in the 1960s pick up the guitar and learn to play? Well if you ask the likes of Jeff Beck, Eric Clapton, Brian May, Pete Townshend, Ritchie Blackmore and Mark Knopfler, they'll tell you it was at least in part down to one man - Hank Marvin. Lee Hodgson meets the guitarist who stepped out of the Shadows, thrilled the world and is still making music today.

It's a story many GI readers will know. How Hank Marvin, along with school friend Bruce Welch (together they were briefly called The Geordie Boys), moved to London in 1958, where they were soon recruited by one of Britain's hottest young Rock'n'Roll singers, Cliff Richard.

Sir Cliff (he was later knighted) of course went onto have a successful pop career that has spanned over five decades and not many artists can match such a remarkably lengthy career, but Hank Marvin can, having just released a new album in June this year, simply entitled Hank!

After playing piano and banjo as a youngster, Hank moved onto electric guitar. He discusses the details of these formative elements (not mentioning the piano as it happens) in our video interview while clearing up a few details along the way.

Because he only makes a passing comment about it during our interview, I thought I'd like to highlight quite an important bit of guitar/pop history, that is, that the very first Fender Stratocaster brought into the UK was bought by Cliff Richard for Hank, the guitar-hero-in-the-making for Cliff's new band, The Shadows (they were forced to drop the name the Drifters for legal reasons). The story goes that Hank admired the guitar playing [and sound] of the young James Burton, but [Cliff] had no idea what kind of guitar it was, assuming it to be likely the most expensive one, that is, the Fender Stratocaster. These are not Hank's words, rather, a commonly reported story.

As was later to become common knowledge, James actually played a Fender Telecaster. As an aside, here is a controversial thought: was Hank perhaps trying to make his Strat sound like a Tele (the sound he had in his head)? As far-fetched as that might seem, I've heard stories that the late, great Danny Gatton could make his Tele sound like a Les Paul and vice versa - it's all in the fingers!

Anyway, back to that iconic Strat of Hank's. This historical guitar is now in the possession of Bruce Welch and can be seen up close in my Bruce interview (Guitar Interactive issue 4). Oh, and you can argue about precisely what shade of red it is at your leisure. It's clearly Fiesta Red you may assert. Or maybe that red herring, Salmon Pink? (And many people will protest that such a colour never really existed at all, at least not officially.) Yet The Shadows 50th Anniversary Limited Edition Stratocaster is referred to as Flamingo Pink 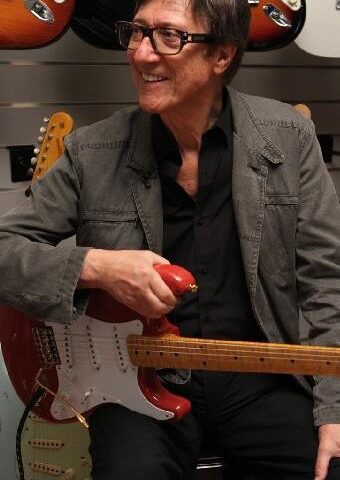 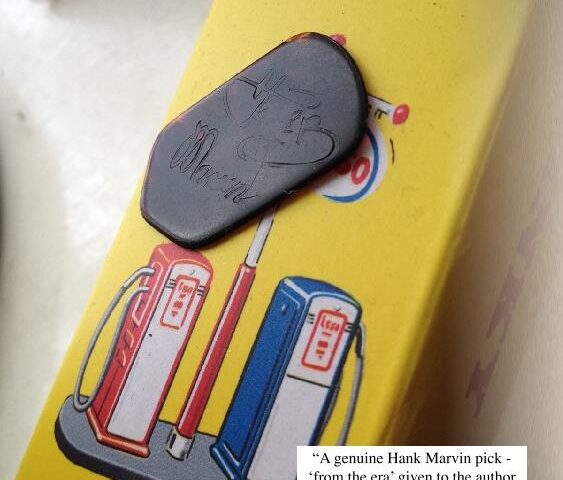 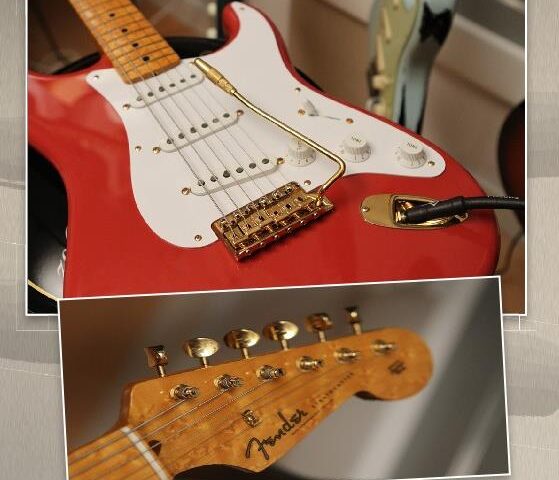