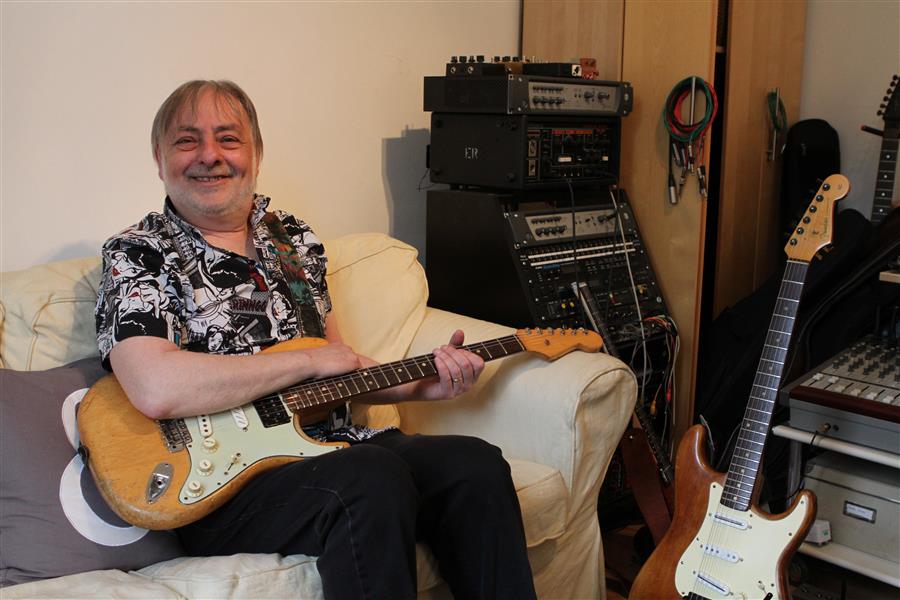 The most well known four-and-a-half minutes of Randall's guitar life are undoubtedly the idiosyncratic lead breaks he added to Steely Dan's megahit Reelin' In The Years in 1972.

Still Rocking - Still Reeling
Elliott Randall might be the ultimate session guitarist. Though best known for his ground-breaking playing with Steely Dan, he was worked with musicians as diverse as Joan Baez, Chuck Berry and Gene Simmons - and dozens in between! Tom Quayle met the legendary New York-born guitarist for our filmed interview. Richard Morgan considers the career of one of the most liked and respected players in the business.

To the uninitiated, it must seem like Elliott Randall has made a career out of saying no to great opportunities. This is the man, after all, who has famously turned down the chance to join Steely Dan, Toto and many others over the years. And who in their right mind would balk at the chance to become a talismanic part of a globe-trotting, chart-topping mega group?

But Randall is different. Known chiefly as a session player - he's the man behind that renowned Reelin' In The Years Steely Dan solo (which is said to be Jimmy Page's favourite ever lead guitar break) among literally hundreds, if not thousands, of other cuts - he also continues to write, produce, consult, engineer, tutor and perform to this day, having recently celebrated his half century anniversary in the business.

Roll the clock back to the early '50s, and the seeds of Randall's musical career were already being sown. Able to read music - but not yet English - as a precocious three-and-a-half year old, he took up the piano at five, and the guitar (his first instrument was a Stella) at nine. After a decade of honing his chops with three memorable and inspirational tutors, he decided he had to give back some of what he'd learned, and began teaching the guitar to others. Amazingly, it's a practice he has continued - alongside his various day jobs - all the way up to 2014: at the moment, he has a core of between three and six regular students.

By the time he had ended his teens, though, Randall had already been a pro' player for four or five years. His first recording experience came - at the tender age of 15 - thanks to a small studio a block from his New York home, which offered him a position as a rehearsal band player. Here, Randall also got his first insights into the production side of the business, becoming fascinated with the world that lay on the other side of the glass. Fifty years later, that captivation continues unabated.

In 1967, Musicor Records (who gave the world Gene Pitney, among others) offered Randall a coveted role as a Staff Musician. Like a member of a recording house band, he would come to the office every day, with no idea of what he'd be playing, or for whom he'd be playing it. One day it would be Jazz, the next Rock n' Roll, and the forced variation helped foster an eclecticism that has never left Randall's playing.

Stints as a genuine, crowd-facing rocker soon followed. Randall joined the roots fusion act Seatrain briefly in 1969, and then signed to Polydor as something of a solo artist, releasing his debut, Randall's Island, in 1970.

It was actually the death of his good friend Jimi Hendrix - the two regularly jammed together - in September of 1970 that helped Randall to realise he didn't need to be the centre of attraction, the rockstar in the spotlight. Although he released two more albums of original material in the '70s - Rock n' Roll City and Randall's New York City, in 1973 and 1977 respectively - the bulk of Randall's career during that decade and since has been working with other artists and clients, providing solutions for their musical and commercial success.

The most well known four-and-a-half minutes of Randall's guitar life are undoubtedly the idiosyncratic lead breaks he added to Steely Dan's megahit Reelin' In The Years in 1972. Hailed throughout the six-string world as a heartfelt masterstroke in taste, restraint and melodic playing, the song's defining solo - which Randall nailed in a single, jaw-dropping take - is frequently mentioned on lists charting the best of such things, not to mention receiving acclaim from other players who always feature prominently in said lists.

While being a favourite of Jimmy Page's is something most of us could dine out on for the rest of our days, though, there's far more behind the scenes work Randall has done that is truly inspiring - and that many of us will have heard, whether we recognised the player or not. Over the years, he has played and/or recorded with the likes of Joan Baez, Chuck Berry, Kate Bush, The Doobie Brothers, Peter Frampton, Art Garfunkel, Albert Hammond, Bob Marley, Yoko Ono, Gene Simmons, Loudon Wainright III, Gary Barlow of Take That fame, and many, many more. In fact, the list of musicians on Randall's worked with' CV is genuinely as long as your proverbial arm - we printed it off his official website and it took up pages and pages!

Then there's the other stuff. Randall has soundtracked jingles for some of the biggest brands in the world, including Coca-Cola, Budweiser, Cadillac, McDonald's, Citi Bank, Procter & Gamble, MTV, ESPN and BBC TV. He's also performed in the pit for musicals like Jesus Christ Superstar on Broadway, and has been a musical consultant for media institutions like Saturday Night Live and the film director Oliver Stone.

Randall's love - and mastery - of guitars and related gear have also led to him being used as a consultant by a range of MI brands, including Korg, Roland and Yamaha. That said, the main weapons of choice in his guitar armoury are part of a small and select bunch. Head honcho is Strat Number 1 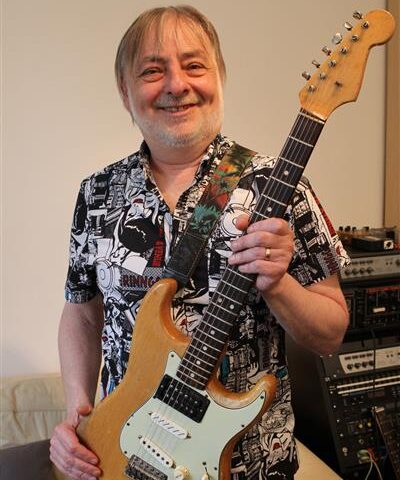 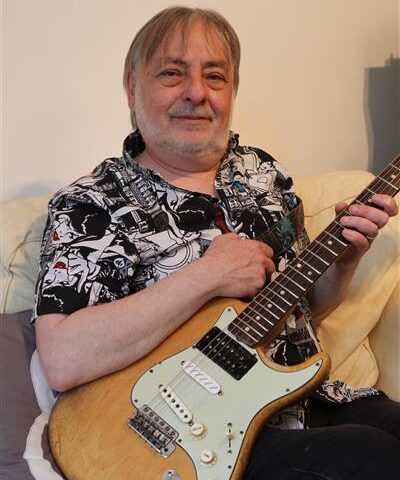 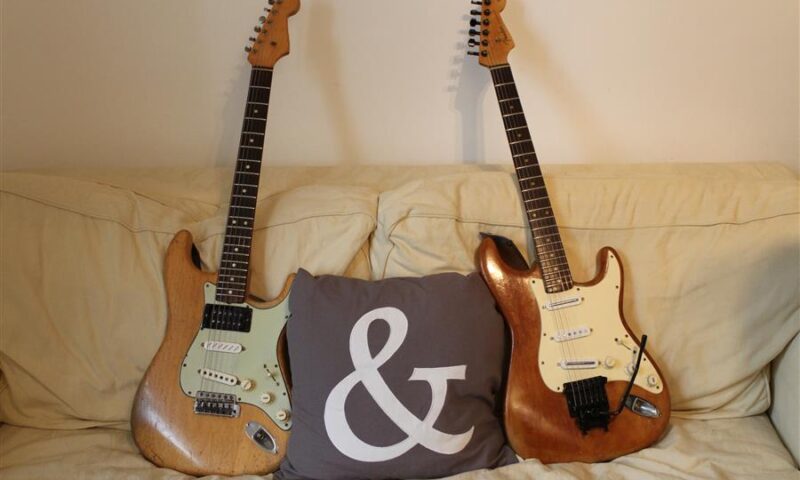 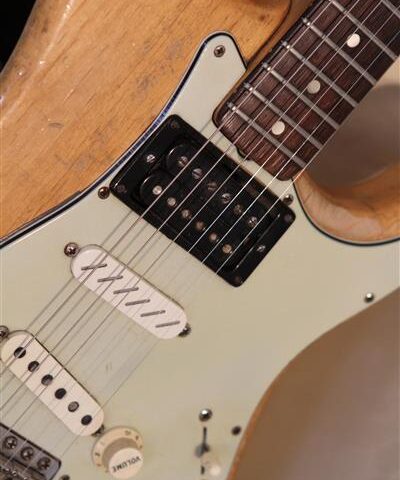 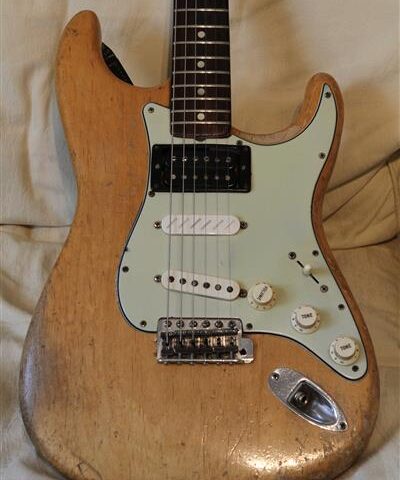 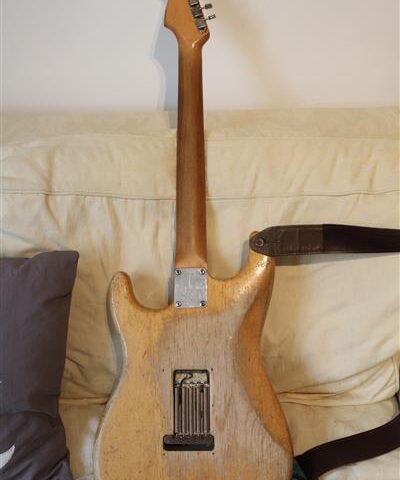 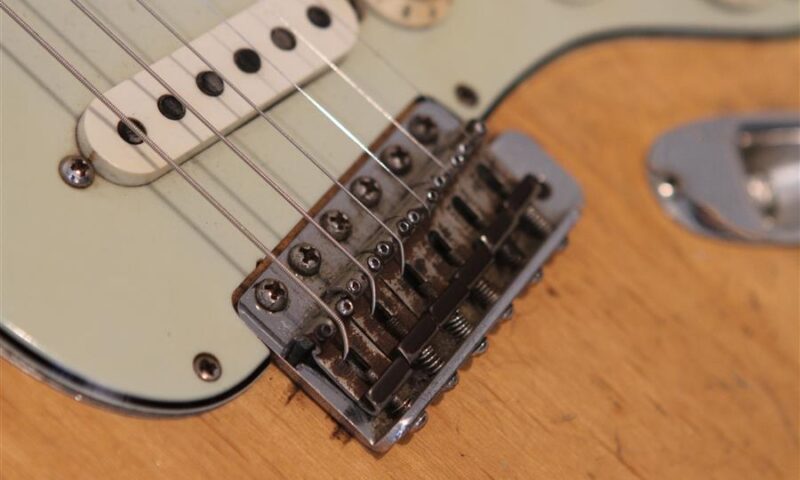 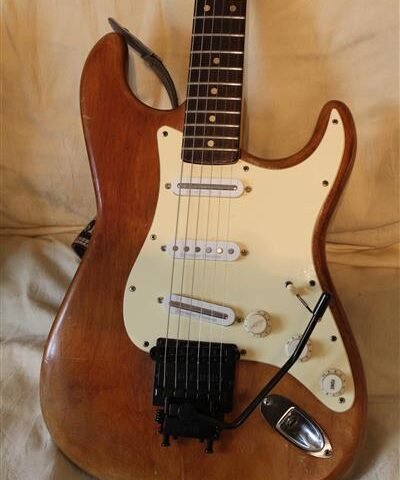 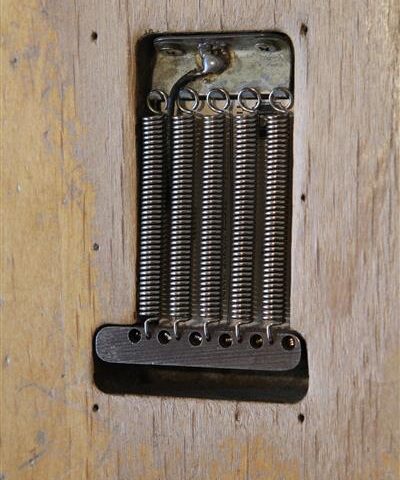 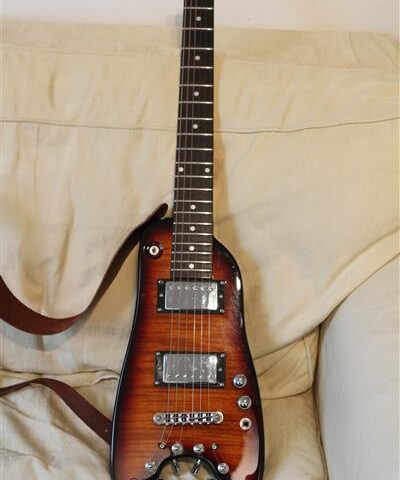 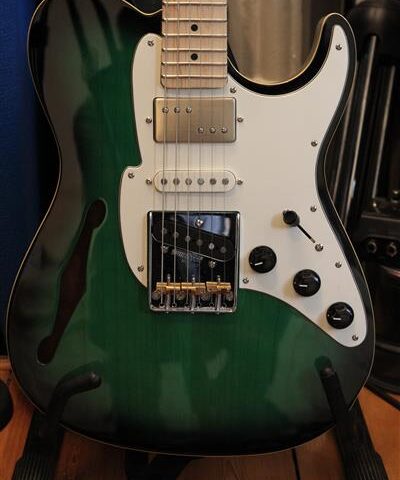 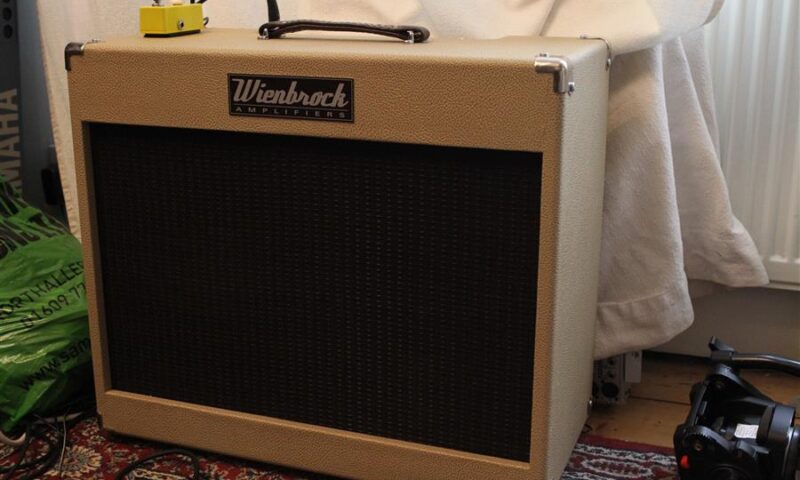 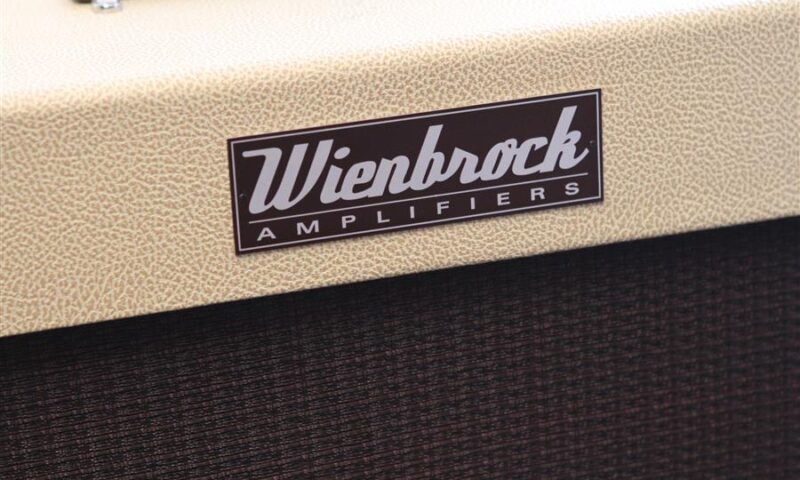 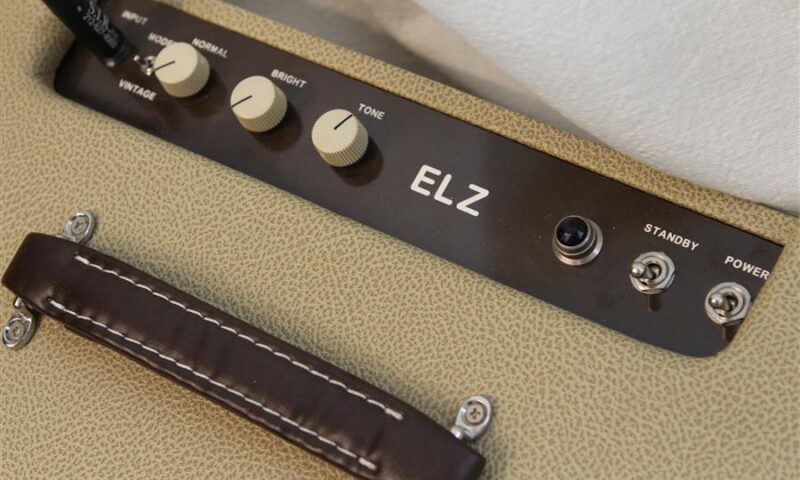 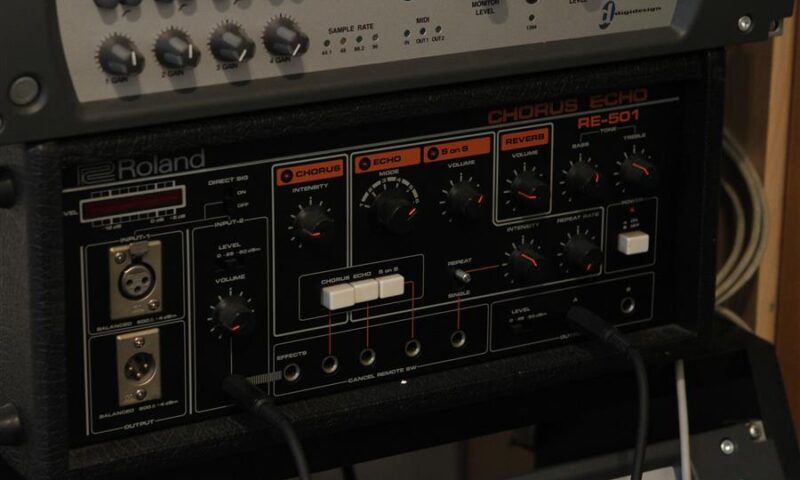