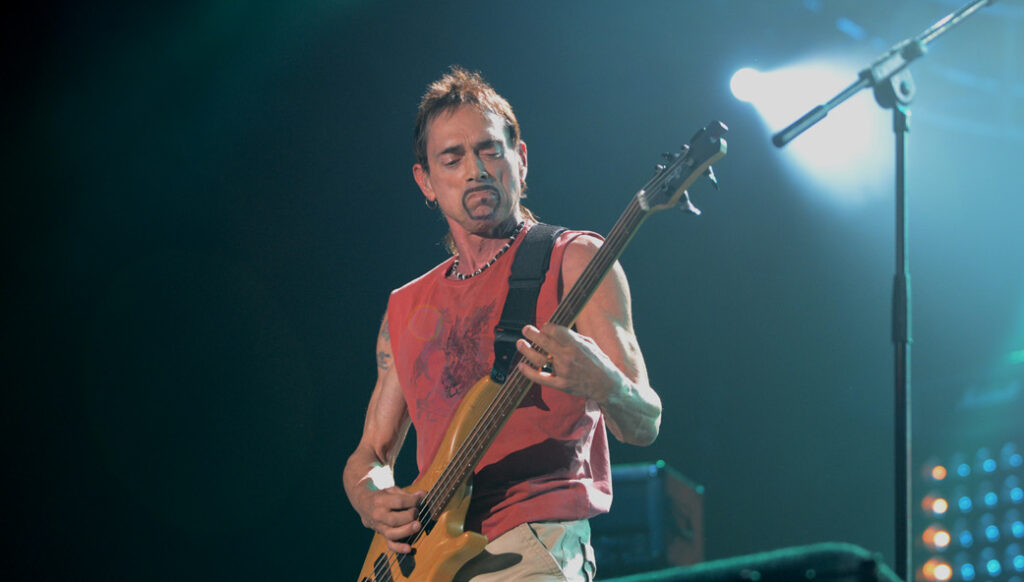 Legendary Free bassist and songwriter Andy Fraser was one of the stars at the recent Marshall 50thÂ celebrations in London. He speaks toÂ Jamie HumphriesÂ about Free, All Right Now and his reinvention as a music entrepreneur!Â Gary CooperÂ considers Fraser's - often underrated - contribution to the bass.

To anyone trying to hold down bass duties in a 1960s/70's three-piece instrumental section Rock band, there was trio of astonishing role models. John Entwhistle had blazed the trail with the Who - and remains the master - but Entwhistle had the advantage that his guitarist, Pete Townsend, was only rarely tempted to venture down the fretty end of the neck. Life was far harder for two other great bassists of that era - Cream's Jack Bruce and Free's Andy Fraser. Bruce had to contend with Eric Clapton's lengthy, improvised solos but life couldn't have been much easier for Fraser, who had to follow Paul Kossoff's flights of fancy. Both players faced that daunting task of having to hold the rhythm down while simultaneously filling the yawning melodic chasm while their guitarists soloed away, sometimes for unpredictable and extended periods. Both Fraser and Bruce were fortunate too, that like Entwhistle, they had astonishing drummers to help - Simon Kirke with Free and the legendary Ginger Baker with Cream, but holding it together was still a tall order.

It may not be coincidence that both Bruce and Fraser chose Gibson's idiosyncratic EB3 as the weapon to do it with. True, there were more Gibson basses around in those days, but the EB3's facility to distort, especially when pumping through the Marshall stacks that both Fraser and Bruce used, helped fill the gaps in the overall band sound. Bruce played lead bass more than Fraser, but both made excellent use of the short scale Gibson's fat sound.

The parallels between Fraser and Bruce don't end there either, because both were (and remain) powerful songwriters who created most of their respective bands' biggest hits - songs that still resonate today. Fraser penned Free's All Right Now - regarded by some as the greatest Rock anthem of them all - while Bruce created the immortal Sunshine of Your Love. Ever wondered why some people still say this was the high point, which Rock music has never scaled since?

Where Fraser parts company from his contemporaries however, is in his age - he was born in 1952 - and in his background. As he tells Jamie Humphries in our interview, he was effectively still a schoolboy when he joined Mick Taylor in John Mayall's legendary Bluebreakers band, having to appear in court to get permission to go on the road, as he was technically underage!

Moreover, while Bruce had been a classical music student before losing his heart to Jazz, Fraser had chosen to explore West Indian Ska and Reggae influences, before joining Mayall to play his part in the British Blues era of the 1960s.

Fraser's stint with Mayall was not long-lived, which, with no disrespect to Mayall, was a good thing for Rock fans, as he soon teamed-up with Paul Kossoff, Paul Rodgers and Simon Kirke, formed Free and became part of a band whose legend still resounds, getting on for forty years later.

Tragically, Free wasn't destined for longevity. Paul Kossoff was on a doggedly self-destructive path and when the band inevitably disintegrated, Fraser moved on, forming the Andy Fraser Band - an outfit whose impact should really have been far greater, even if only among bass players, because Andy Fraser, by no means the most likely candidate among his peers, decided to make bass the lead instrument in his new band.

The line-up was Fraser on bass and vocals, Nick Judd on keyboards and Kim Turner on drums. It sounds like a bizarre idea - especially at that time - a band with no obvious lead instrument and yet it worked. Fraser was experimenting with effects (almost unheard on bass in the 1970s), playing

lead lines and apparently having a whale of a time. A second solo album followed, recorded at Muscle Shoals and then, as he puts it, Fraser allowed himself to become engulfed' in a Pop/Rock project called The Sharks, with the British session guitarist Chris Spedding. Sharks wasn't the pinnacle of Fraser's career, though he went on to memorable collaborations with talented singers like Robert Palmer and Frankie Miller (Fraser as the songwriter).

Of Andy Fraser the bass player, sadly, there isn't a great deal more to say - and I don't mean that critically. His main focus post-Sharks seems to have been as a songwriter and after moving to California, getting politically active, coming out' very publicly as gay and suffering a succession of life-threatening health problems as a consequence of HIV infection and subsequent AIDS and cancer, he has, somehow, astonishingly, survived to now be heading his own record company, mctrax. com, publish an autobiography, All Right Now - Life, Death and Life Again, and release a new album, On Assignment. It seems there is just no stopping Andy Fraser.

Though Andy Fraser today is best known as a songwriter, for a brief period in the 1970s he was out there on the frontier as a bass pioneer. And of course, courtesy of one of the vanishingly rare appearances of bass as a solo instrument on a golden era' hit single (the immortal solo bass riff on All Right Now) his driving bass style never will be entirely forgotten. 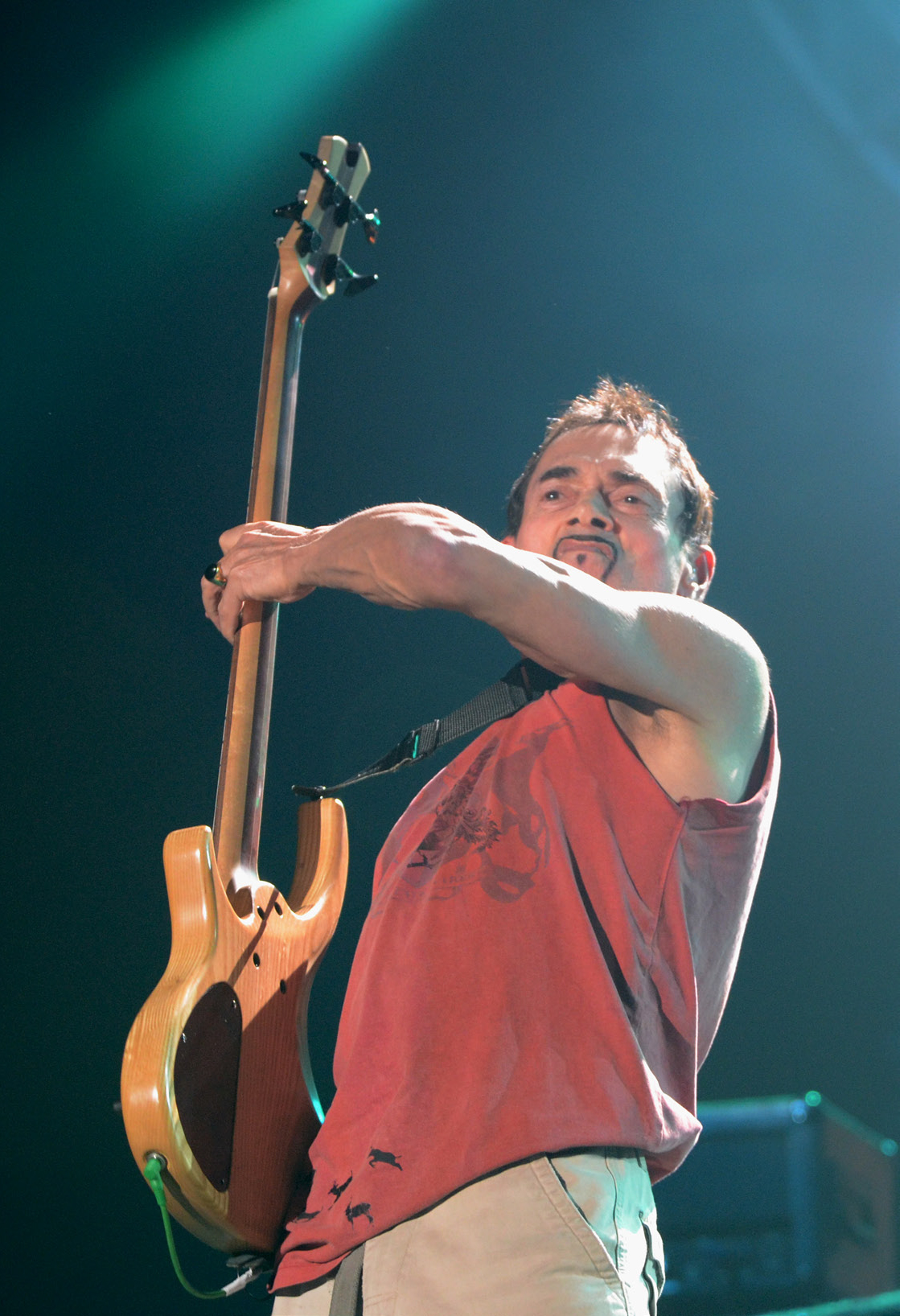 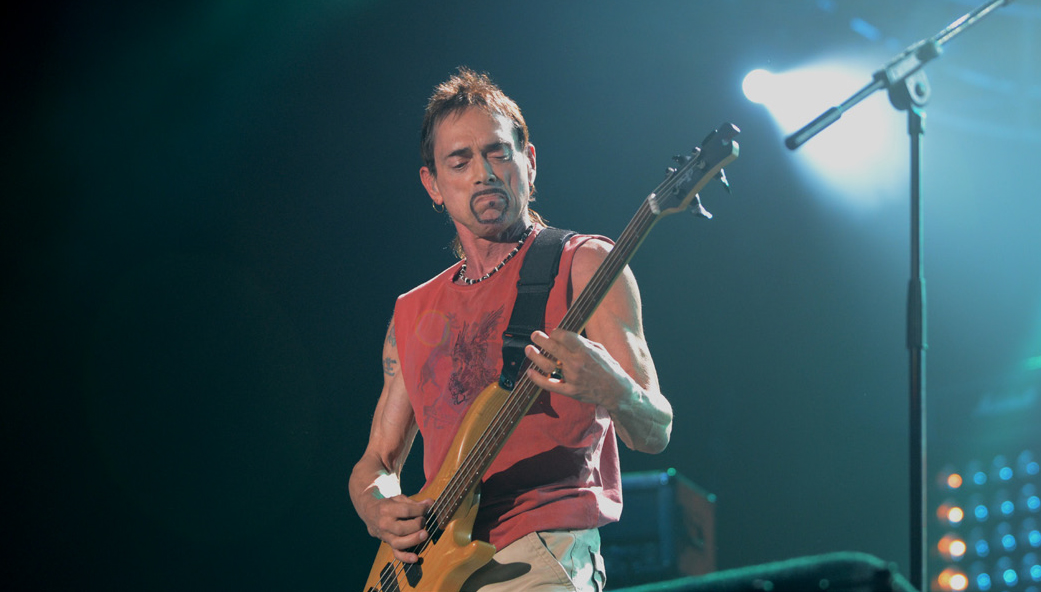