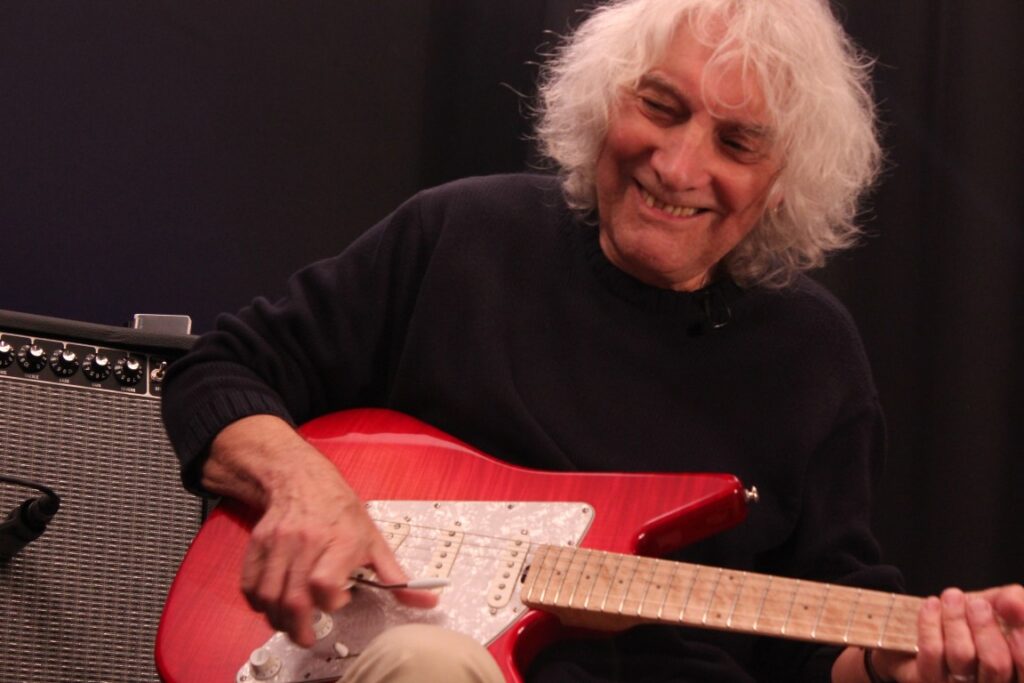 As an aside, I love how Albert, while discussing his move to a Telecaster, casually mentioned how a still quite young Jimmy Page copied his guitar choice and soon took his own journey on a stairway to somewhere...

Albert Lee has been on our interview 'wants' list since Guitar Interactive was born. Finally, we not only tracked him down but even managed to coax him into our studio for some exclusive performances! Lee Hodgson meets one of the world's greatest guitarists.

Erstwhile bandmate Gerry Hogan used to introduce Albert Lee as the world's greatest Rock'n'Roll guitarist; yet, at the start of our interview, I chose to introduce Albert as the world's greatest Country Rock guitarist. Nevertheless Albert's usual modesty meant that he was naturally surprised at such an accolade, but it's undoubtedly true! Anyone who grew up, at least in part, on Chet Atkins and James Burton - eventually playing alongside both of them - has surely learnt guitar from a country angle, while playing in Joe Cocker's band qualifies Albert as a bona fide rocker. And to show how close the two genres can get, only days before I interviewed Albert he had joined James Burton as they participated in Jerry Lee Lewis's Farewell Tour. I'm sure there was a whole lotta shakin' going on!

Albert has travelled down other musical avenues too, leaving England for Los Angeles in 1974 to join Buddy Holly's band, The Crickets, while building a reputation as a formidable session player, which led to him playing on albums from the likes of Dolly Parton, Carlene Carter and Dave Edmunds. He also famously spent many years touring with the Everly Brothers (their father Ike was a pioneer of the thumbpick and finger style that would eventually become synonymous with Merle Travis and Chet Atkins). And in more recent times Albert has often joined former Rolling Stone bassist Bill Wyman in his Rhythm Kings.

The upshot of all this is that whenever any artist wants the best country-rock guitarist they could possibly ask for (who can provide solid backing vocals too), they ask for Albert Lee. Yet, as Albert explained during our interview, it was often a case of being at the right place at the right time and being asked, quite simply: Hey! Would you like to play in my band?