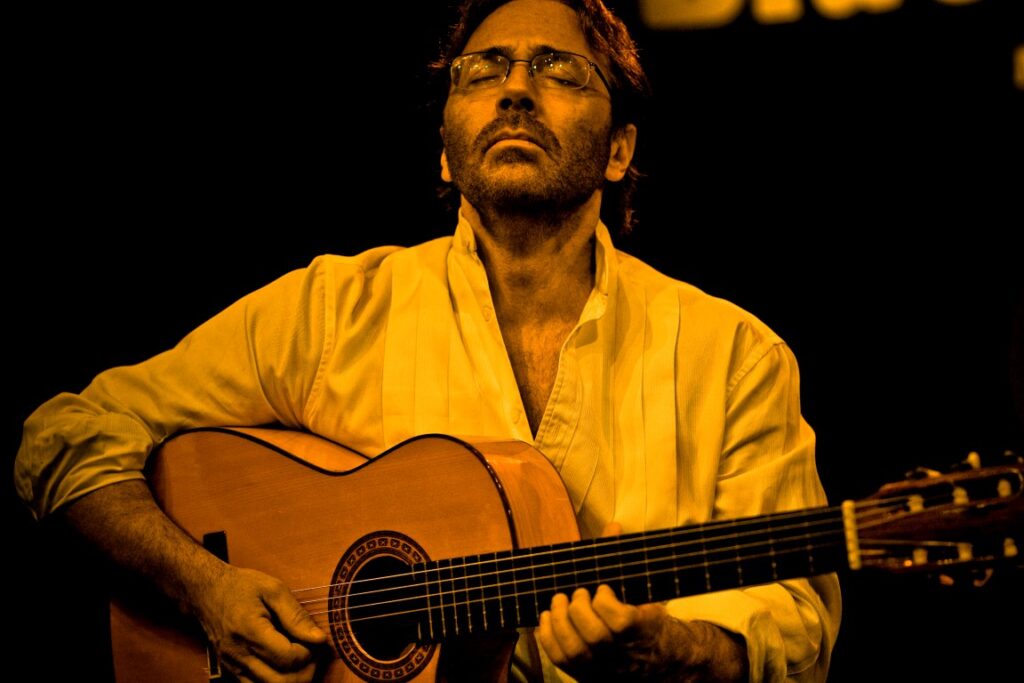 Words like 'legendary' and 'inspirational' are ten a penny in music - but one guitarist who more than deserves both accolades is the superlative Al Di Meola. Stuart Bull met the great man for an in-depth interview. Levi Clay has a career overview.

The pages of Guitar Interactive have featured some of the best known and respected Rock guitarists of the last 30 years, but from time to time someone really special comes along whose influence on the guitar has been so monumental that it transcended genres as he continues to carve out something soulful and unique while on a never ending search of expression. And when I add that this man is openly cited as one of the biggest influences on players as diverse as both Zakk Wylde and John Petrucci, I can only be talking about the incredible Al Di Meola.

Born in New Jersey in 1954, Di Meola picked up the guitar at the tender age of eight, under the tutelage of New Jersey instructor Bob Aslanian. As we will see later, Di Meola was soon heavily into the Beatles (he even credits the band as being the reason he took up the guitar in the first place) but Aslanian drilled him intensely on Jazz, theory and reading, making him a well rounded musician at a very young age. The pair would eventually release the handbook, A Guide to Chords, Scales and Arpeggios which gives you a great insight into the material Al had grown up on.

These early years would have a profound impact on the direction Di Meola would eventually take, with the blend of Pop and Rock of the day along with the Jazz music of players like Tal Farlow and Kenny Burrell that Aslanian was exposing him to. He would also discover Latin music, travelling into the city on his own to hear Salsa music, he recalled: I felt a real strong connection to it that I couldn't understand why.