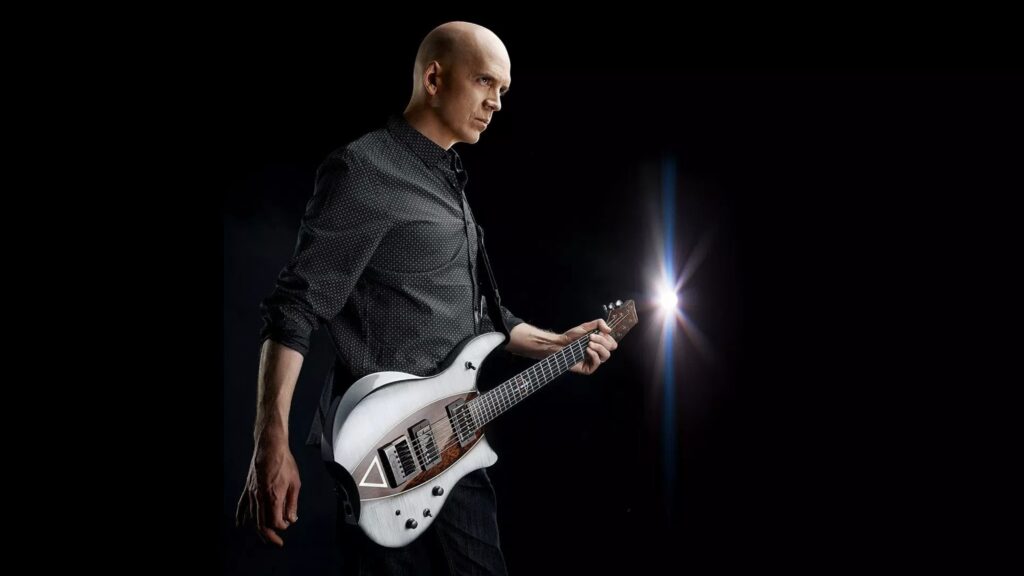 Artistry is rarely about conformity and straight lines. It's about taking risks and pushing boundaries to a point where the sheer impossible suddenly seems a little more like reality. Such has been the career of Devin Townsend, one of the most uniquely insightful musicians of the 21st Century, and nowhere is that more evident than with his latest release, 'Empath.' Gi magazine editor Jonathan Graham catches up with the metal icon during his most recent run of shows in the UK talk about the new record, his touring plans for 2019 and his signature pedal with Mooer Audio.

Sixteen years into a recording career that began with an appearance on Steve Vai's 1993 album 'Sex and Religion,' the Vancouver-born, eccentric, prolific metal performer and producer Devin Townsend revealed details of one of the most important chapters in his musical journey, the Devin Townsend Project. Following the brief hiatus that came after his 2007 rock opera 'Ziltoid the Omniscient,' a newly shaven-headed and teetotaling Townsend announced an intended four-album sequence under this moniker, with the primary goal being that he wanted to make music without the assistance of drugs. Townsend's vision also revealed an ambition to record with different musicians on each album, in order to keep things fresh. May 2009's 'Ki' was one of the more restrained releases in his canon, particularly in comparison to his strident Strapping Young Lad material. It touched on laid-back funk and ambient rock -- as displayed on the tranquil "Ain't Never Gonna Win" -- and featured Duris Maxwell, who had previously drummed with Motown act Bobby Taylor & Vancouvers in the '60s and Jefferson Airplane in the '70s.

Later that year, critics found the Project's follow-up album, 'Addicted,' to be reassuringly heavy, and it became one of Townsend's most revered releases. It inventively combined crushing guitars with techno beats and prominently featured the voice of ex-Gathering frontwoman Anneke van Giersbergen. In June 2011, both the third and fourth Devin Townsend Project albums were issued on the same day. While 'Deconstruction' continued with Townsend's traditionally heavy approach and featured a wealth of guest vocalists, 'Ghost,' with its soft, Tangerine Dream-aping soundscapes, was its sonic opposite. The following year brought 'Epicloud,' an unexpected fifth release under the Devin Townsend Project name that brought Giersbergen back into the fold to repeat the crucial role that she'd played on Addicted. It landed in the Top Ten of the Finnish charts. That summer, a live box set called 'By a Thread: Live in London 2011' was released. On it, 'Ki,' 'Addicted,' and 'Deconstruction' were performed on successive nights at The University of London. The fourth evening featured 'Ghost' at the Union Chapel in Islington. DTP returned to work on an album that was begun right after 'Epicloud.' 'Casualties of Cool' with Ché Aimee Dorval (from 'Ki') on vocals and jazzman Morgan Ågren on drums was completed in October of 2013 and released the following May in several editions.

Townsend was no stranger to working on projects for years at a time. Whenever he hit a wall, or touring demands superseded his time to record, he would shelve them temporarily. Z2 was begun in 2009, as a sequel to 2007's Ziltoid the Omniscient; he had stockpiled over 70 associated songs. The concept was realized (and pared) as two separate albums -- Sky Blue and Dark Matters-- in a single package and issued in October of 2014. The band premiered the work at the Royal Albert Hall in the spring of the following year. (The albums were also released individually at that time.) Though there was talk of an extended break after this show, DTP went back into the studio to cut a new record that fall. In the early spring of 2016, Townsend revealed the artwork for 'Transcendence' to the metal press; the album was released in September of that year.

The Devin Townsend Project had one of the most meaningful runs of the 2010s, bringing a blissful joy to brutal music, while demonstrating a unique ability to walk a tightrope between opposite sides of the sonic spectrum. However, in 2018 Devin made the decision to dissolve the project and push off in a new direction.

"Leaving DTP and everything was really challenging for a number of reasons," Devin tells Canadian musician Mike Zimmer. "As an empathetic person, I hate the idea of hurting people. Everybody's got their hopes up, and we've got a cool thing rolling and then I pull the rug out, similar to what I did with Strapping Young Lad] I've spent a certain amount of time thinking about that and whether or not that's like a self-sabotage thing or whatever."

Over the past few years, the success that Townsend has slowly worked for has, fortunately, come with the power to control his own creative destiny. The recent successes with the DVD from a sold-out Royal Albert hall, or his 2012 'Retinal Circus', or last year's 'Ocean Machine' live DVD with the Orchestra and Choir of State Opera Plovdiv has put him in a position where with the new album 'Empath', he is once and for all a musical force outside of any particular genre classification.

On this album, Devin has decided to see what would happen if all the styles that make up his current interests were finally represented in one place. To finally shake the fear of expectation, and just do what it is he was meant to do creatively, 'Empath', true to the name, is about allowing the audience a feeling for a variety of musical emotions. The musical dynamics represented on this single album are broad, challenging, and immense. To approach this sort of work with a long history of what makes heavy music 'heavy', allows this to be done with a type of power rarely heard.

Sharing his thoughts on the the fan response for the latest release, Townsed states, "The reactions are pretty much what I expected: Those interested in the more artistic and free form side of what I do really seem to like and understand it, and those looking for the more commercial or rocking side of what I do are maybe not so convinced :)" He goes on to say, "The initial plan was to release a more commercial song next (the sole one on the album, 'Spirits Will Collide') but the video we've been working on for that is hilariously ambitious and we needed a bit more time. Therefore, we opted to release this song, 'Evermore', as a way to bridge that gap. It's slightly in the same vein as Genesis on some level I suppose, but a little more groovy and a bit less fractured in terms of structure."

"The lyrics are not as much about a bored space cat crash landing on 'planet fear' in a literal sense, but I guess that's easier to articulate with visuals at this stage than 'yet another song about trying to work through one's own mid-life bullshit to find some sense of self-actualization', though perhaps with more time, it will resonate further with that. Thanks to Wayne, Josh and Miles for the tag team animations."

I encourage you, (if you like this sort of stuff, that is) to check it out in headphones.

Devin Townsend's  'Empath' is out now, via InsideOut Music.

'Empath' track-listing is as follows:

Part 3 – There Be Monsters

Devin Townsend returns to the stage with the 'EMPATH Europe – Volume 1' tour, which begins in November. The full list of dates are as follows: 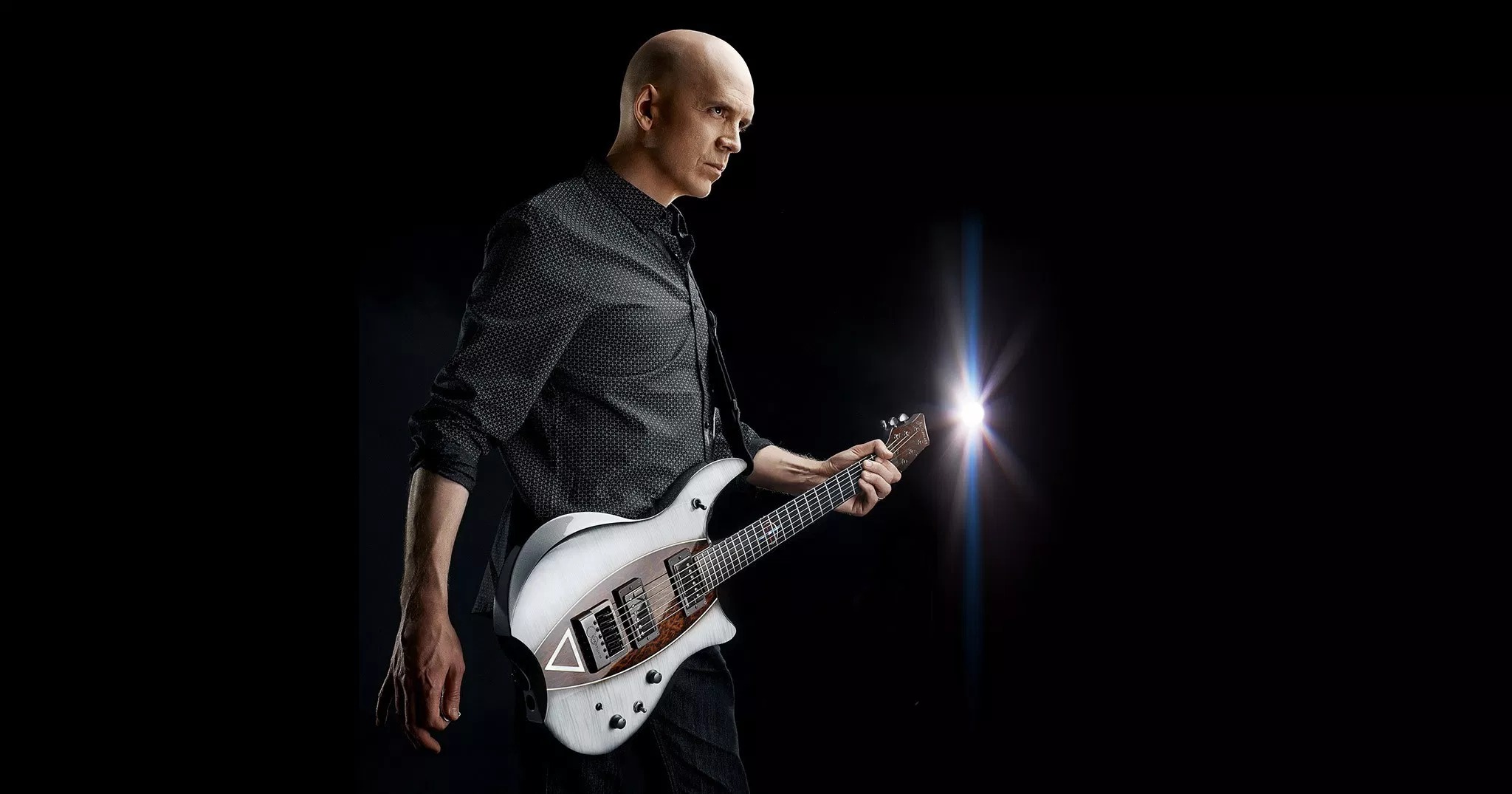 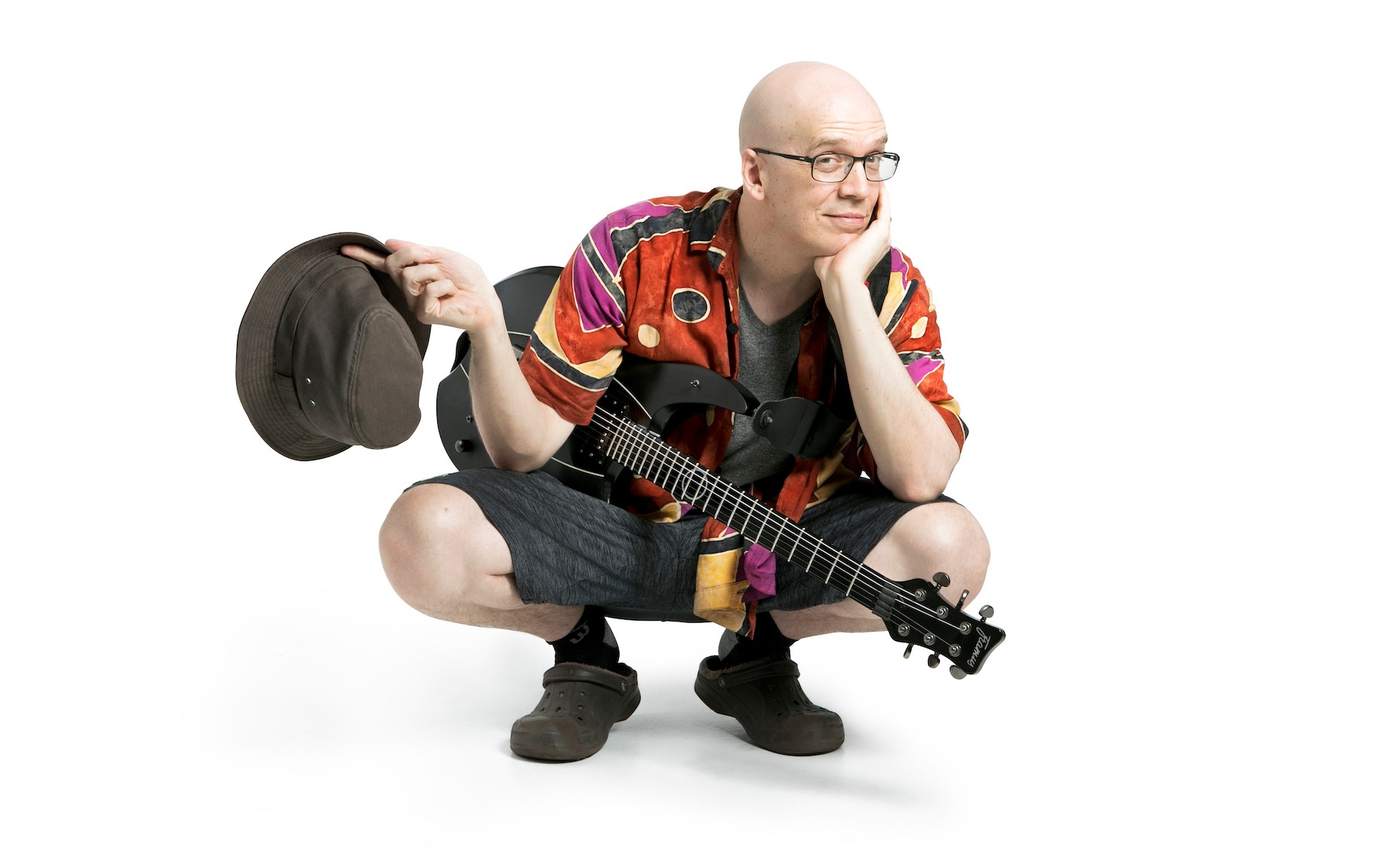 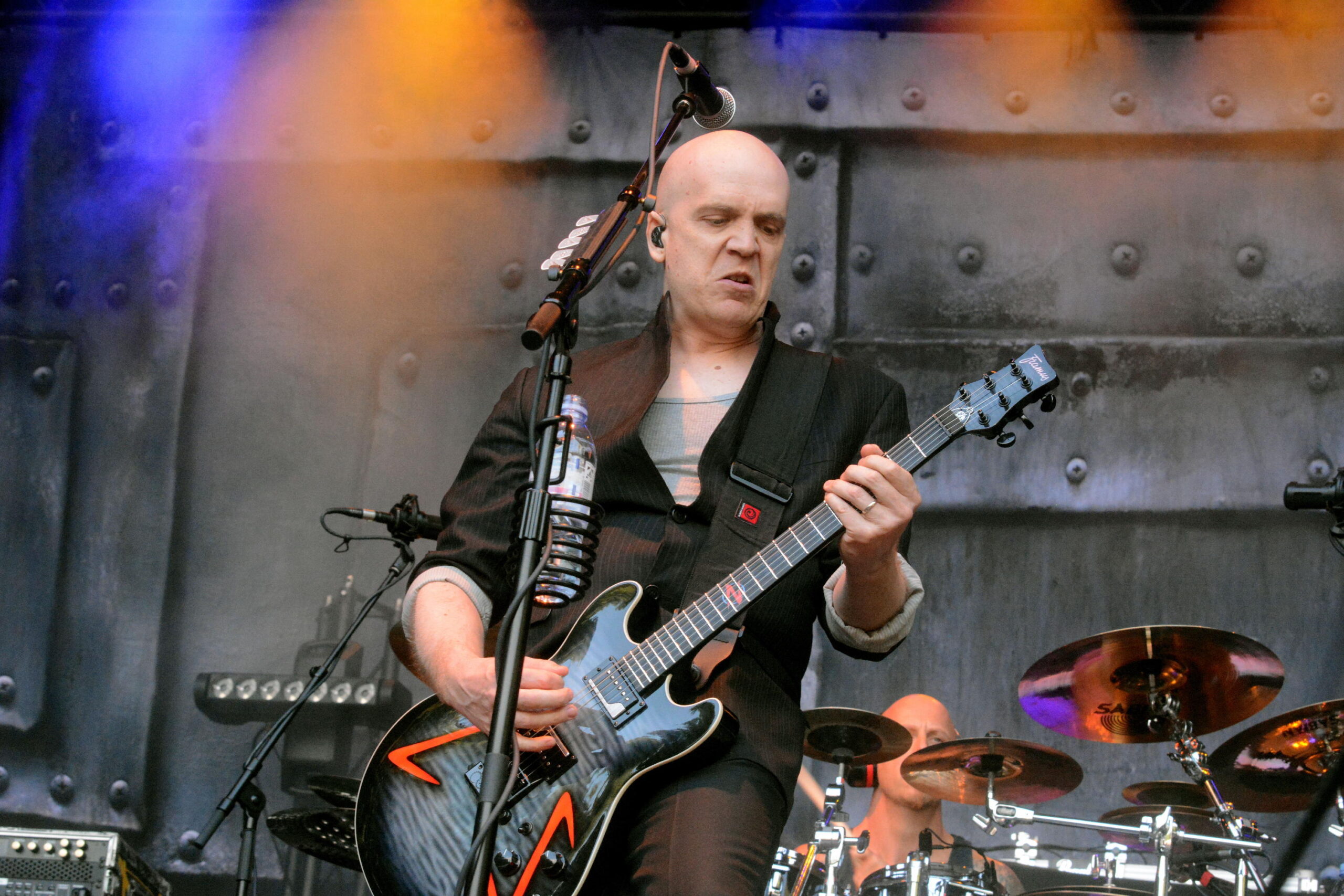 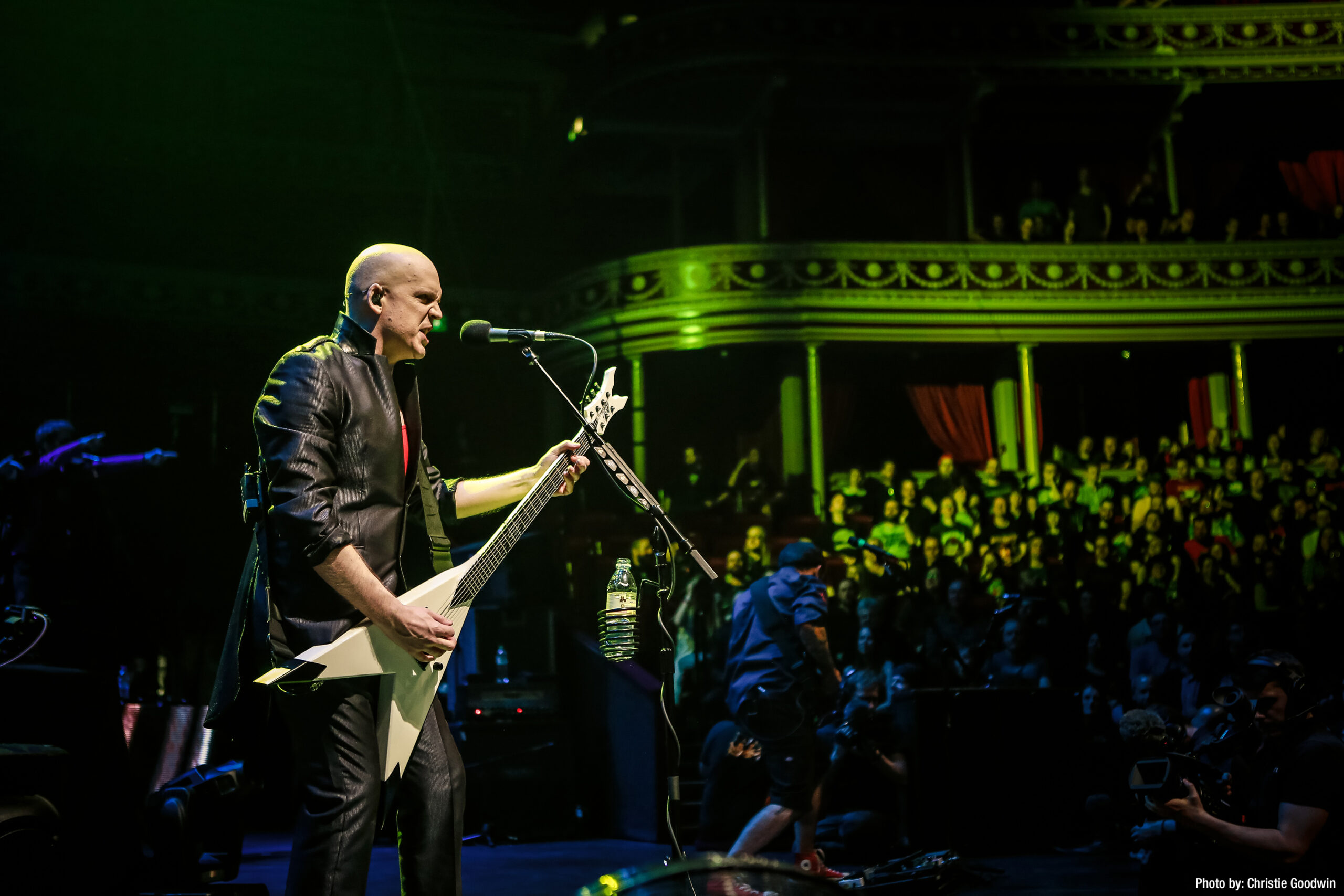 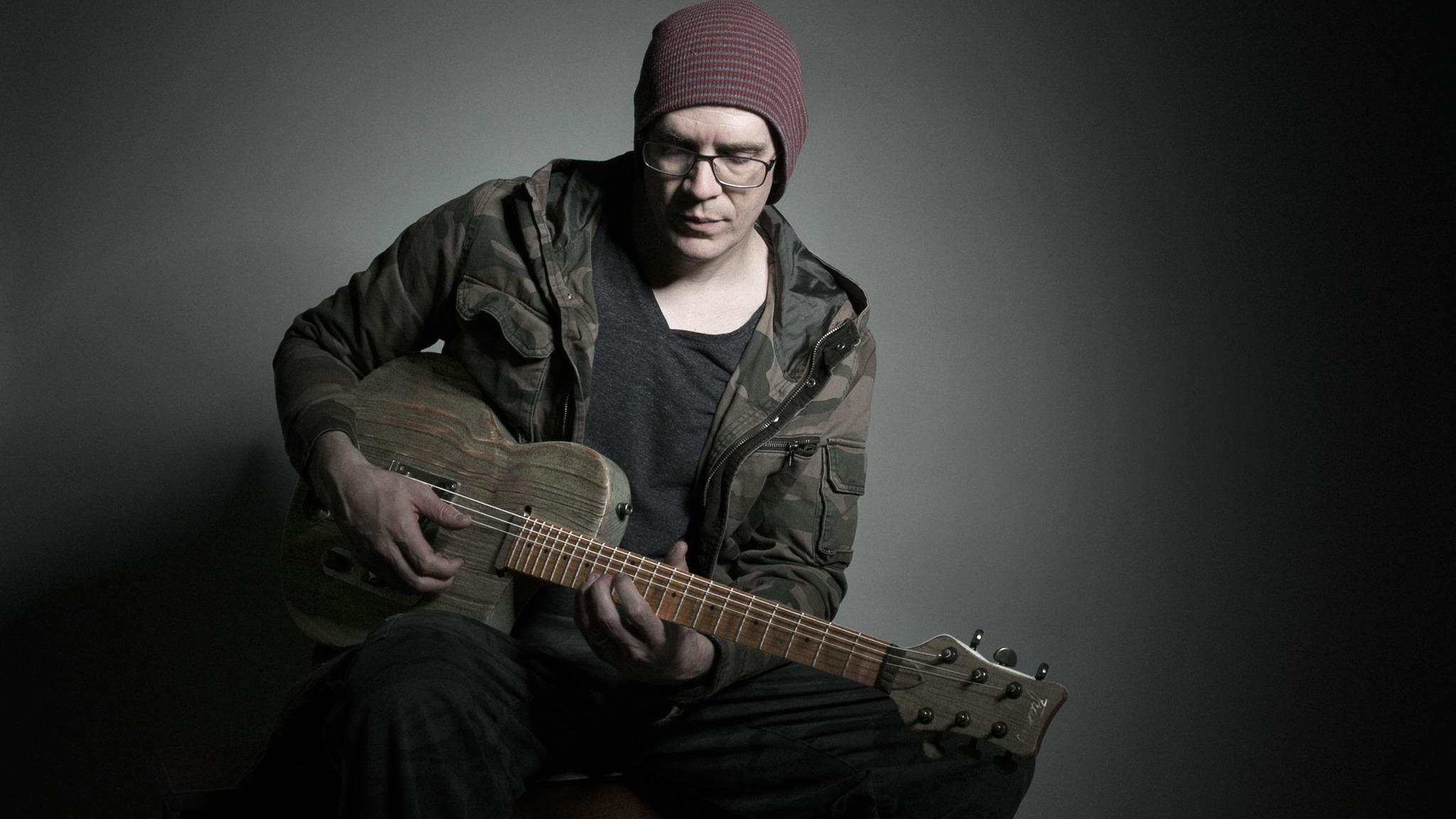 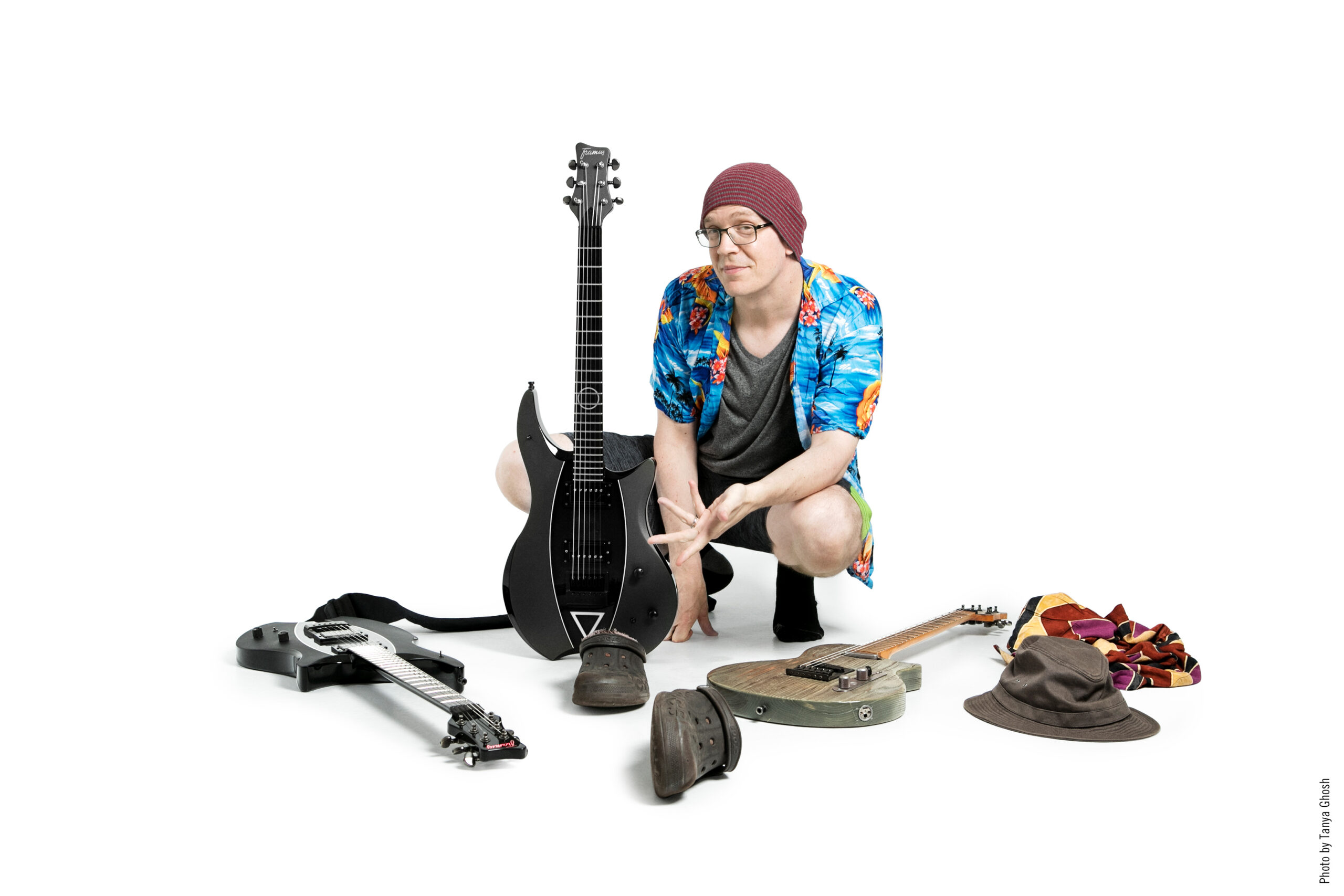