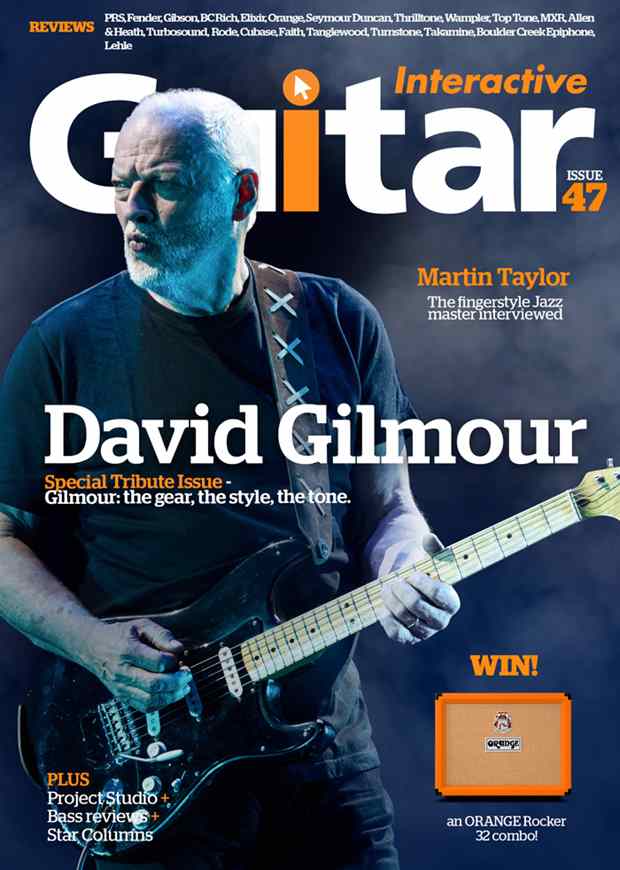 David Gilmour has been on our 'to do' list since GI's ill-fated first issue, in which he was featured, six years ago. Ill-fated? I've lost track of the number of times I've had to tell disappointed readers how, despite the promises of the techies who were then in charge, a server crash wiped out not just all the files for this issue but the backup files too. Issue 1 had a very short lifespan and all we could hope to do was revisit the subject.

As we did with Issue 1, we've called in Jamie Humphries from his busy touring schedule to recreate the work he did when he was touring with the Aussie Pink Floyd, when getting that elusive Gilmour sound was how he earned his living. We hope you enjoy the result - and that it's some compensation for the long wait!

Our main interview is with the fingerstyle Jazz master, Martin Taylor, another player we have been 'after' for a long while! You don't need to be a Jazz fan to realise that Martin Taylor is an extraordinary guitarist and a great musician with huge influence. Don't miss this one!