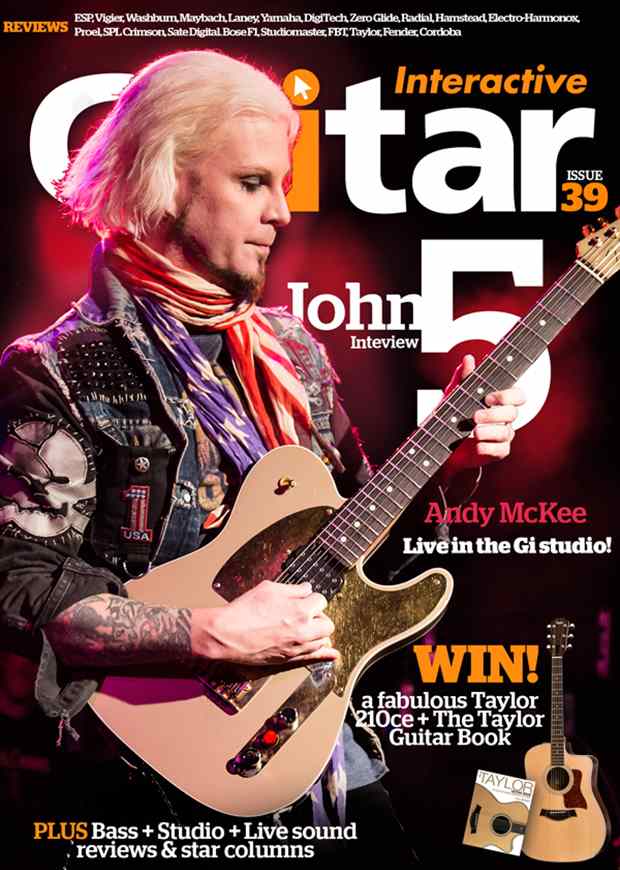 Our cover star this time around is the American guitarist John 5. Stuart Bull tracked down this chameleon of a player in Los Angeles and brings us an intriguing insight into a man who might as well adopt 'versatility' for his middle name. If you've ever worried about getting pigeon-holed in your career - watch our interview this fabulous guitarist!

Another candidate for the Great Contemporary American Guitarist is Andy McKee, widely considered to be the master of percussive acoustic styles and someone we have wanted to include in the Quiet Room section since way back when the magazine began. Whatever you do, don't miss Andy's exclusive performances in this issue!

As always, we've a packed issue of reviews and our free tuition columns plus the chance to win an astonishing prize - a genuine Taylor acoustic guitar!

I reckon that's a pretty good way to start a New Year - don't you?