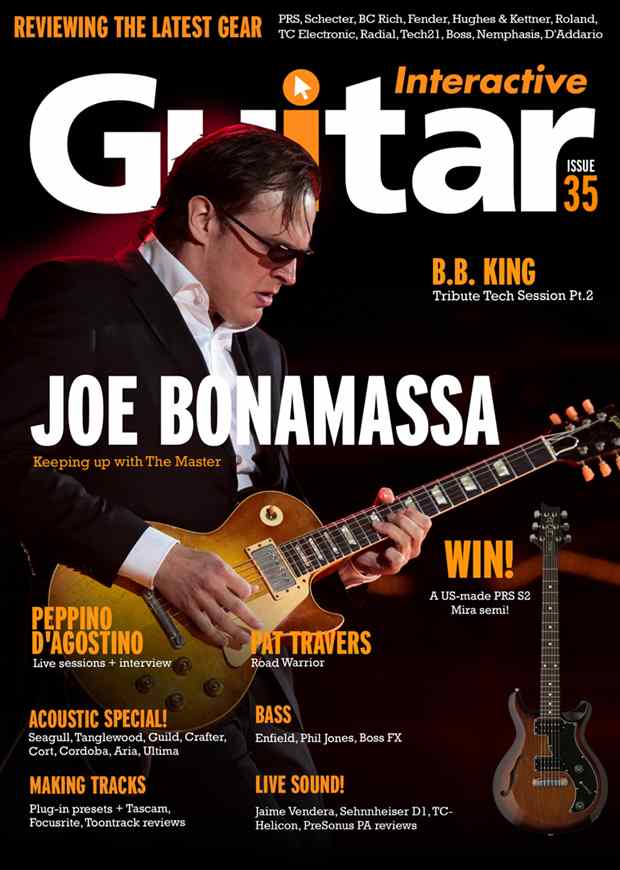 Joe Bonamassa is a phenomenally hard worker (not to mention being a great guitarist!) and that's the theme for this issue as our second lead is Pat Travers, a man who has been constantly rocking audiences for decades. Both giants are interviewed inside.

Another hard worker is the acoustic master Peppino D'Agostino who duets with GI's Giorgio Serci as well as giving us an interview and a handful of stunning live performances which show why he is regarded as one of the world's finest acoustic guitarists.

Finally on the subject of hard work, the late BB King was legendary for his gigging stamina. Stuart Bull offers the second part of his tribute to the great man, who died earlier this year.

We have all this, plus a huge clutch of gear reviews, singing tuition from the world's top Rock vocal coach, Jaime Vendera, who starts a brand new series, plus technique columns, recording tips and more.

Guitar Interactive - it just goes on getting better!