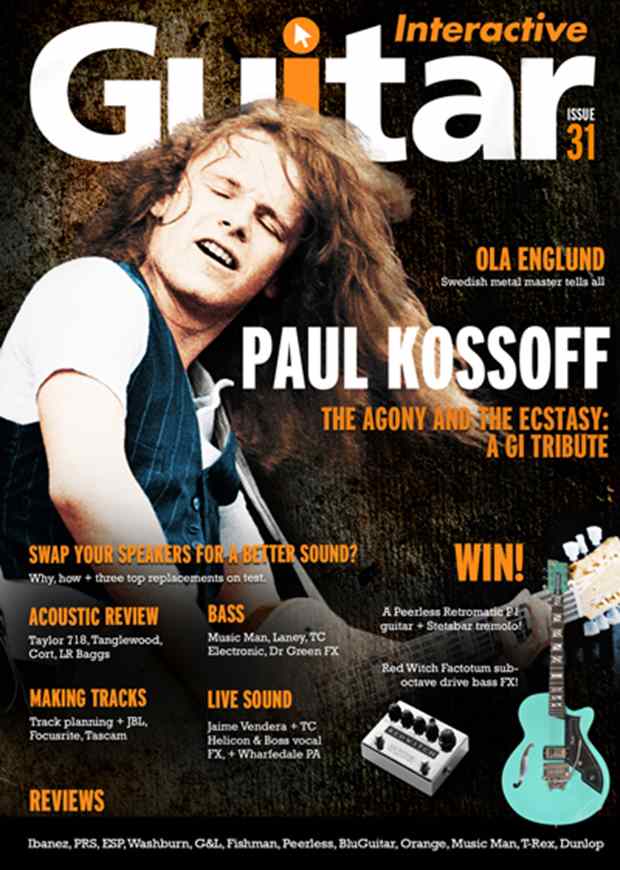 Paul Kossoff, the young British guitarist who made his name with Free and Backstreet Crawler, died almost four decades ago, yet left behind a legacy of tone and feel that few have even approached, let alone matched. In this special tribute issue, Gary Cooper recalls interviewing the great guitar player in the 1970s, and assesses his career.

Orange amplification is synonymous with British guitar tone, having helped craft the sound of British guitar amplification for almost 50 years. Orange has re-invented its highly affordable Crush range for 2015. Debuting at this year's NAMM show, GI got an early look and Levi Clay was first in the queue.

A PRS for How much?! Now even absolute beginners can start with a PRS from the new for 2015 Indonesian-made SE range. But have too many corners been cut in the bid to get prices down? Tom Quayle takes a long, hard look at one of the most talked about new guitars for years.

Get the lowdown on all the latest products in the world of Live Sound! Along with video reviews of a host of new products from TC Helicon, BOSS and Wharfedale. There's also the next part of Jaime Vendera's Vocal Bootcamp column. This month - Vocal Health - Taking good care of your prized asset!